Mangoes Restaurant is a mess but signs are promising to get the place fixed up and reopened soon. Part of a lot of construction activity currently underway around Key West. 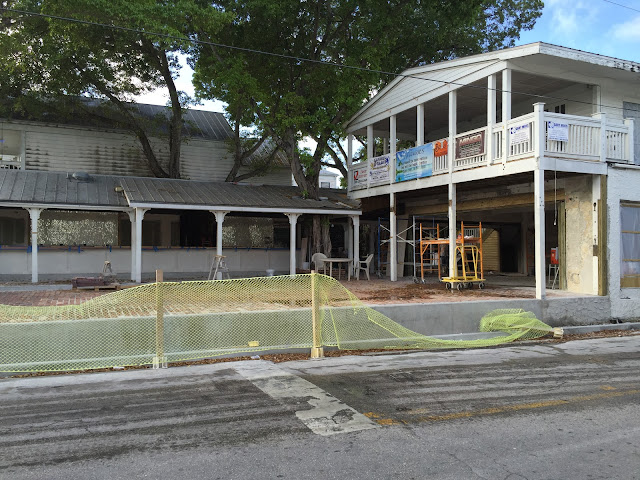 Duval Street looking empty early in the morning. Rusty likes checking everything out and can make the crawl a very protracted affair for me. 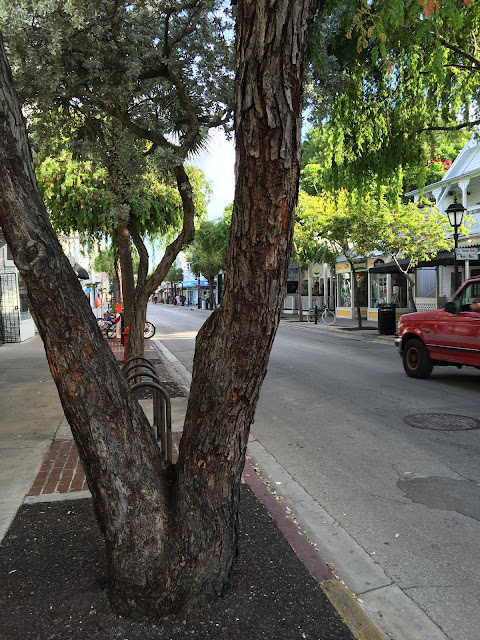 Sometimes as I wait for him to complete his inspection I get to see some odd or memorable stuff. I was left to ponder who or why anyone would stick used chewing gum to a tree. People are not only inconsiderate but also rather gross. And unfathomable. 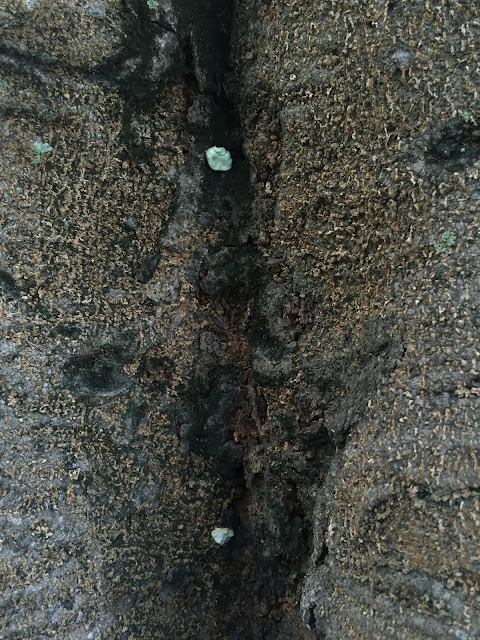 The inability of people in Key West to grasp the fundamentals of recycling amazes me. Not going to rant though. No rant. 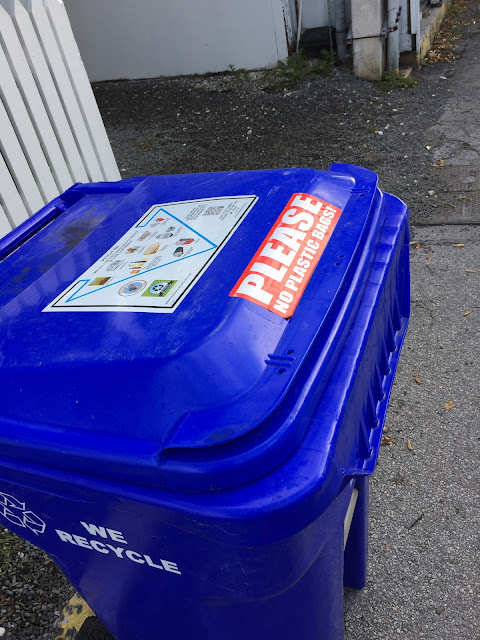 This building used to be the office of the Secretary General of the Conch Republic, the brilliant business operated by the later Peter Anderson. I always admired his ability to create a living out of a myth but he is dead and now the building is a consignment store. Sic transit gloria mundi. 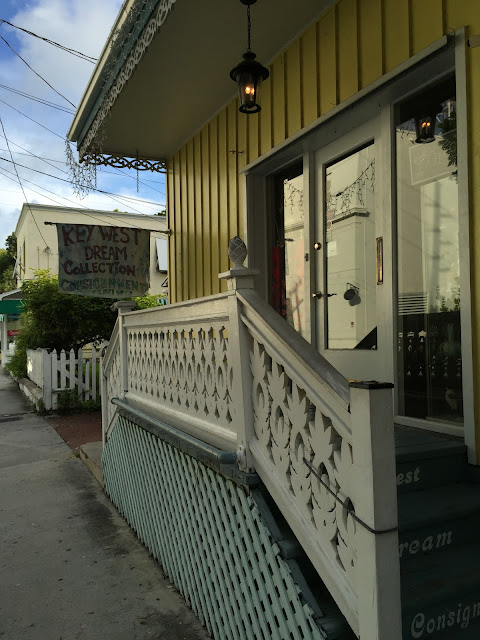 And across the street the new fire station is resplendent next to the city parking lot. It also has rather clean toilets for public use, in the back. Worth knowing. 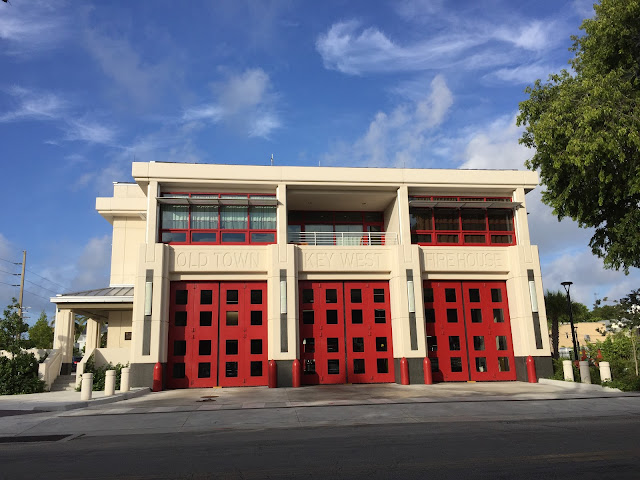 Rusty was on the look out again. I think this time it was a large dog that had his rapt attention. 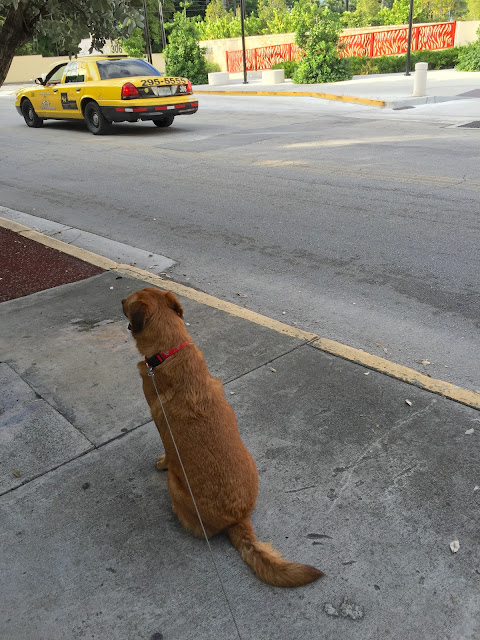 But in the same way not everyone is delighted to see him as he strolls by: 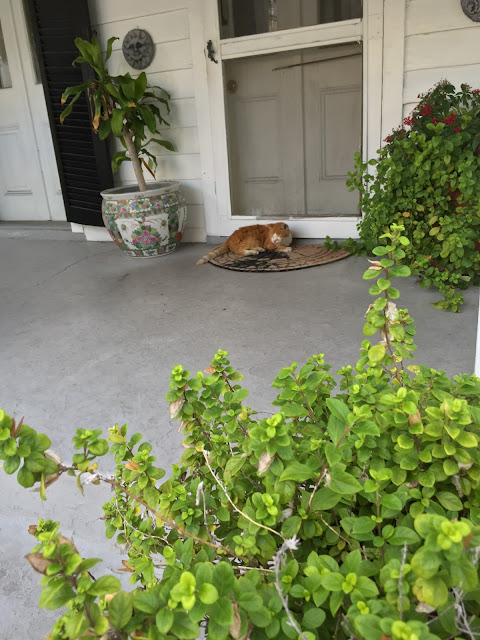 Everything gets an inspection. Some things are worthy of profound attention, apparently: 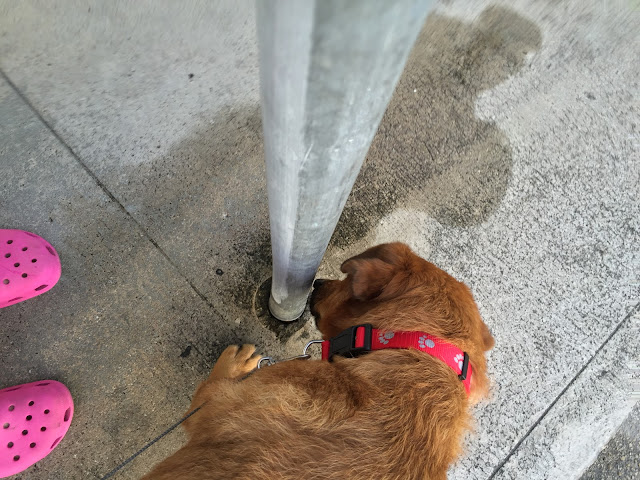 And then he sits and contemplates the world going by: 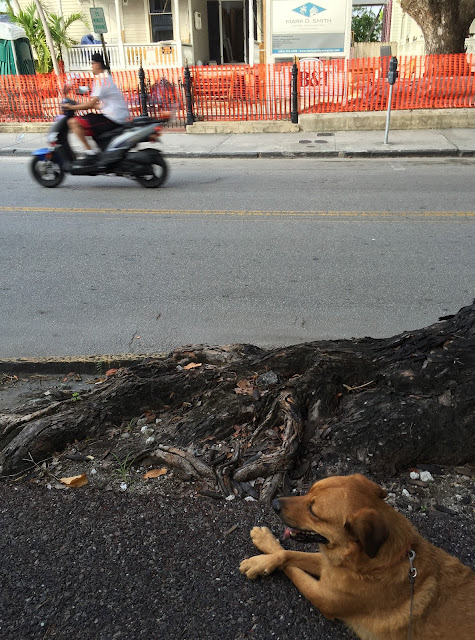 I am really excessively fond of this dog.
Posted by Conchscooter at 12:00 AM 2 comments: