It looked genuine to me, but Captain Outrageous has been dead for years. how quickly time passes and here is a bicycle at least in his style if not by his hand in use apparently as a daily rider. How lovely. 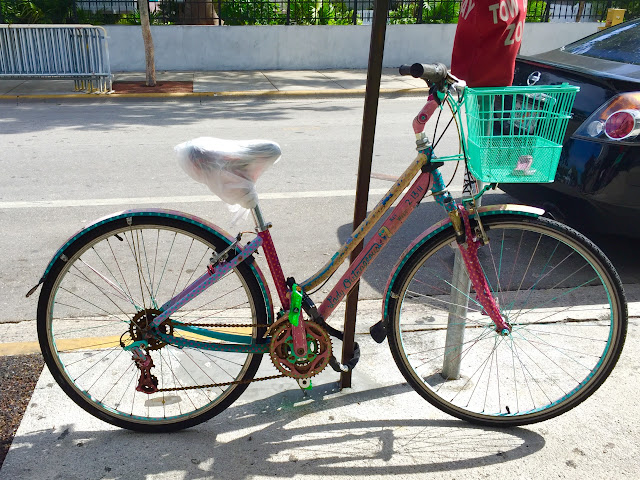 As it was signed Lady Outrageous it appears to be one painted by his surviving consort and it looks good. It was a treat to see. 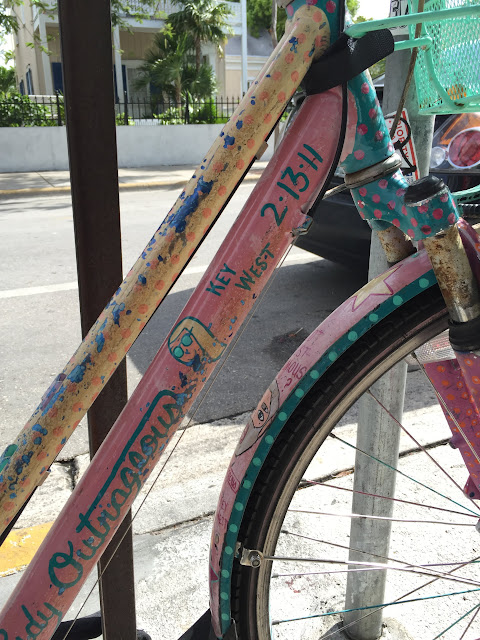 I have been trying to photograph the essential Duval Street for years and I can't seem to get it right. I look back at my archive of pictures, hundreds, perhaps thousands  by now and none of therm capture Duval. It is named for the first Territorial Governor of what was to become Florida, an obscure enough character, God knows but here he is enshrined. 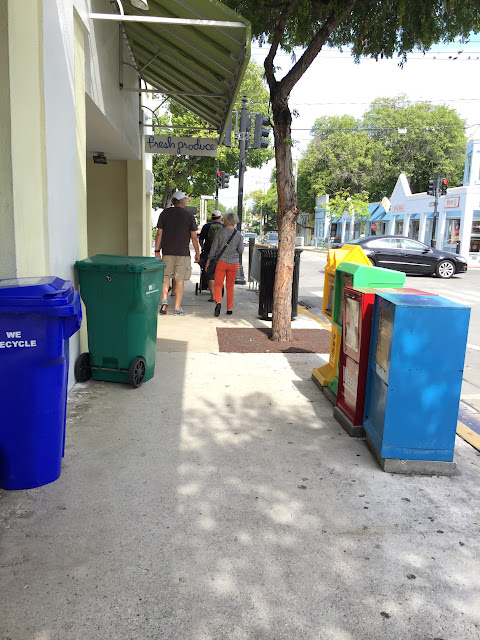 Some days Duval annoys me with its shoddy store fronts, crappy t-shirt shops and chain store blandness. Other days I like wandering among the crowd, popping pictures like a visitor, staring at the street as though I'd never seen it before. Does it live up to its reputation as the center of all that is fascinating about Key West? 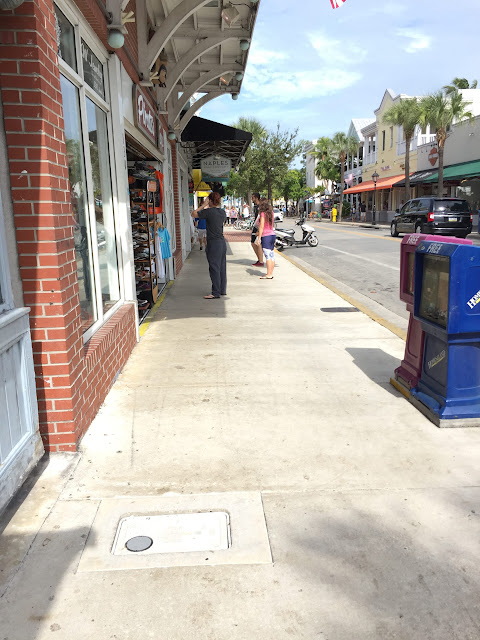 Some people make it a point to avoid Duval Street as though it were leprous but it's just one aspect of this complicated little town.

The credit union had this fantastic car loan poster on the wall on Southard Street... and I wondered if they really would make a car loan on a California-style low rider? If anyone might it would be the credit union. 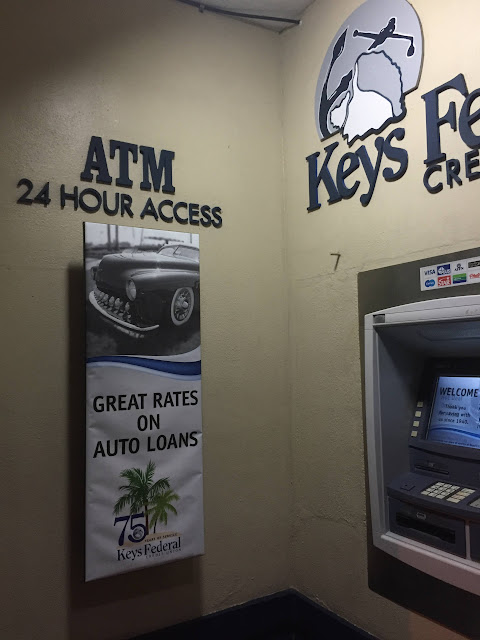 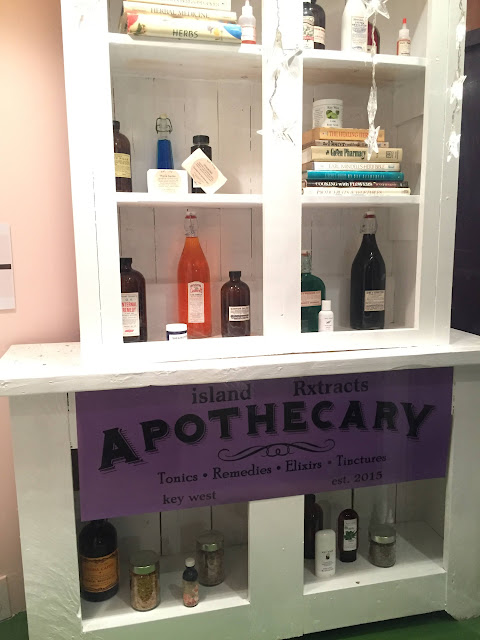 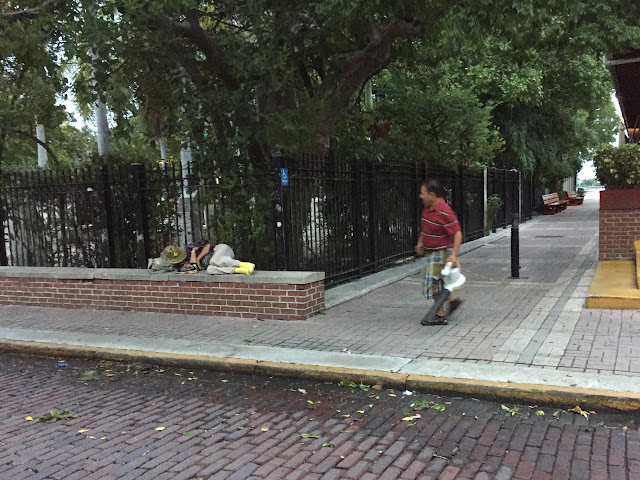