This year marks the 100th anniversary of the start of World War One in Europe, and the 96th anniversary of what used to be called Armistice Day, the day the guns fell silent after four years of slaughter in  fighting conditions unbearable to modern eyes. Soldiers fought in the dirt under fire, with the constant fear of gas, high explosive or physical attack and their terms of service lasted until they were killed, invalided out with horrible wounds, or the war ended. It was out of this savagery that some great poetry emerged. 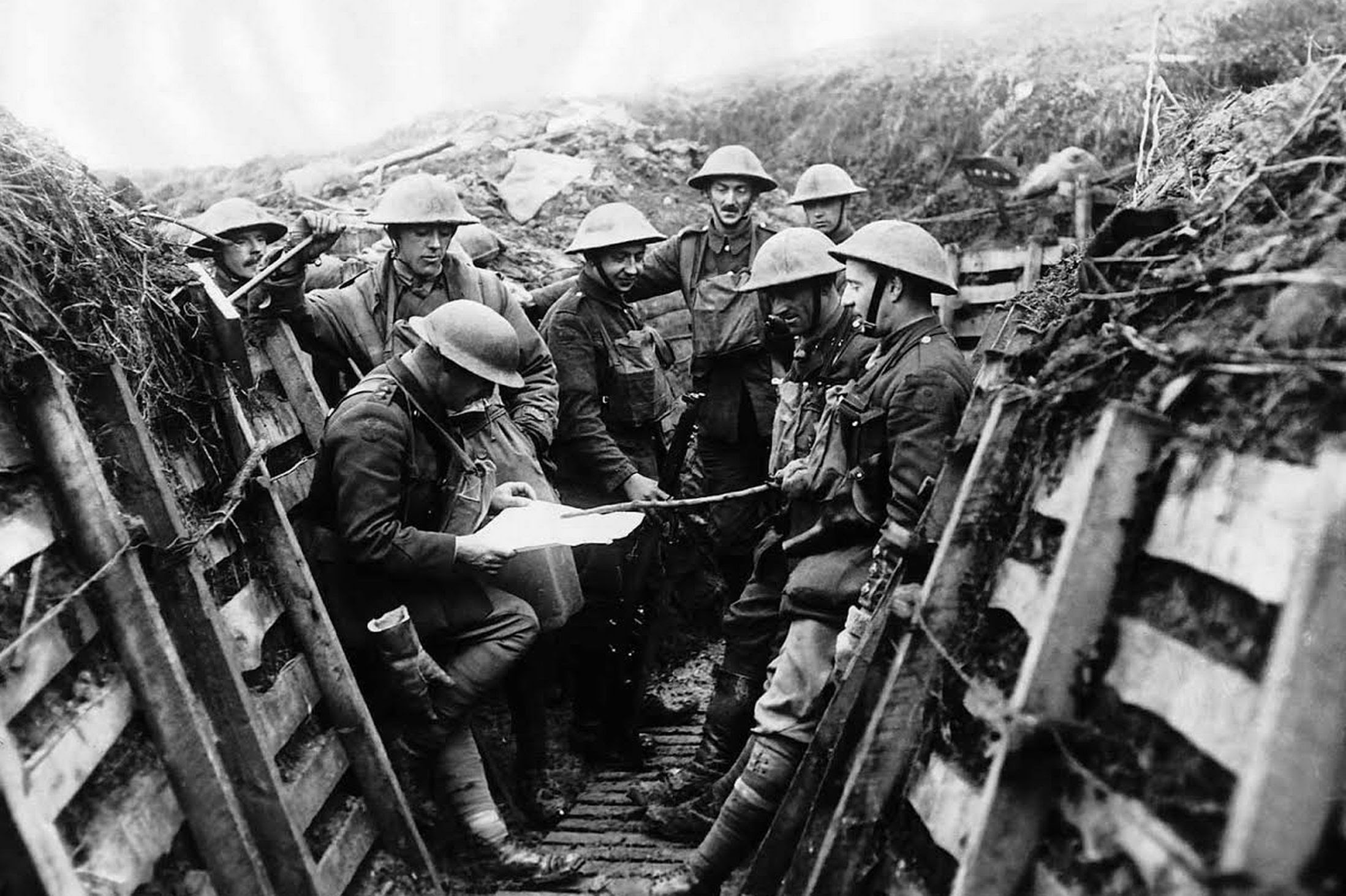 This BBC  article offers a fascinating, if mild, view of life was lived in  the trenches in this four years.(Link)

Perhaps people were made of sterner stuff but I don't think trench life was a picnic in 1914-1918. When it rained the trenches turned to mud holes, when it snowed soldiers froze, when it was sunny they lived in dust holes. Every gallon of water had to be carried to the front lines, food was not so great, and the constant stress of the fear of being killed or injured never left you. Your feet rotted from trench foot, wounds went septic as antibiotics had yet to be invented and anesthesia was not a very refined art at all when it was available. I read an eyewitness account of life in the trenches decades ago so vivid it never left me. Now it's offered free on Amazon: Between The Lines Link. If the dialect is sometimes too thick I can at least advise the book is free!

I grew up in the shadow of World War Two and have seen the 20th century conflicts in the arena of television. I have found myself in the middle of armed conflict, as a reporter, and have found myself not liking it at all. To feel alive I'd rather be riding a motorcycle than to be shot at, even without effect to paraphrase Winston Churchill. However the awfulness of World War One, particularly on the Western Front has remained impressed on me, above all other wars of the 20th century. None of them were nice, this one was the worst, inasmuch as an observer through time can gauge these things. Battlefield stress was treated as cowardice and cowards were shot, not treated. And after the war millions died from the Spanish Flu which further wrecked the chance at delayed happiness for millions more. And now, none are left who lived it.

This past weekend was Remembrance Sunday across much of the English speaking world, a time in Britain and the Commonwealth when people buy paper poppies in support of veterans' causes, the poppies a symbol of the flowers found in the fields of Flanders where the trenches were dug. Symbolic too of the blood that flowed. November the Eleventh is known as poppy day. 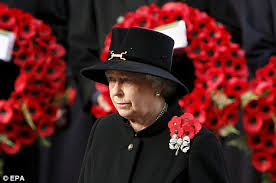 The Armistice it was agreed would end the war at the eleventh hour of the eleventh day of the eleventh month of 1918, a  stupidly  protracted agreement that was supposed to give both sides time to lay down their arms. In the event it allowed a couple more days of killing as the slaughter continued until that very moment. Canadian George Price was killed two minutes before eleven o'clock that morning after serving throughout the last year of the war. Better known  poet Wilfred Owen was shot and killed on November 4th, a week before the Armistice took effect. He had a rather ironic take on the idea that it is right and proper to die for one's country.
Dulce et Decorum Est

Bent double, like old beggars under sacks,
Knock-kneed, coughing like hags, we cursed through sludge,
Till on the haunting flares we turned our backs
And towards our distant rest began to trudge.
Men marched asleep. Many had lost their boots
But limped on, blood-shod. All went lame; all blind;
Drunk with fatigue; deaf even to the hoots
Of disappointed shells that dropped behind.

GAS! Gas! Quick, boys!-- An ecstasy of fumbling,
Fitting the clumsy helmets just in time;
But someone still was yelling out and stumbling
And floundering like a man in fire or lime.--
Dim, through the misty panes and thick green light
As under a green sea, I saw him drowning.

In all my dreams, before my helpless sight,
He plunges at me, guttering, choking, drowning.

If in some smothering dreams you too could pace
Behind the wagon that we flung him in,
And watch the white eyes writhing in his face,
His hanging face, like a devil's sick of sin;
If you could hear, at every jolt, the blood
Come gargling from the froth-corrupted lungs,
Obscene as cancer, bitter as the cud
Of vile, incurable sores on innocent tongues,--
My friend, you would not tell with such high zest
To children ardent for some desperate glory,
The old Lie: Dulce et decorum est
Pro patria mori.