If I asked you: "What's the first thing you think of when I say Peru?" Some might think of Paddington Bear, some like Jeffrey might think of guinea pigs though we will draw a veil over that, but most people would think of this: 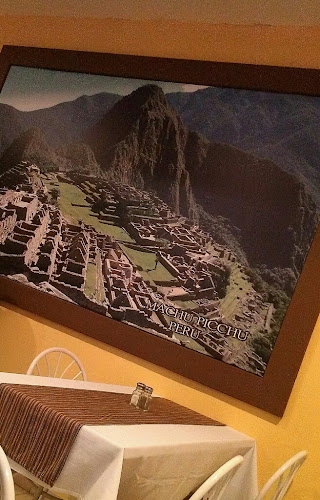 That Macchu Picchu poster was livening up one wall of the rather inviting and cozy interior of Key West's only Peruvian restaurant, Incas on White Street, where as far as I could tell no guinea pigs are on the Menu but other classic Peruvian dishes are. 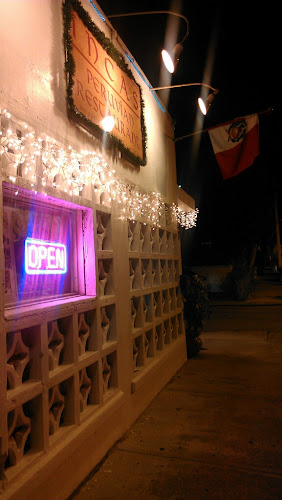 This used to be Jose's Cantina for the longest time, one more Cuban restaurant in this half Cuban town, so the arrival of Peruvian food is a welcome change, and the place was packed as we settled in and checked the menu. 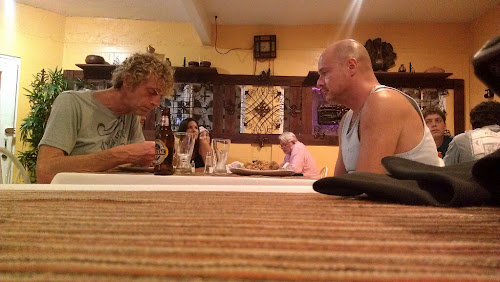 It's a husband and wife operation and Mrs Peru was running sound handing out menus drinks and dishes. We were in no hurry which was as well. My wife ordered a glass of sangria and I had beer, which came soon enough to stave off dehydration and impatience. Mr Peru came by before the of the meal to say hello and we assured him we were glad we came. 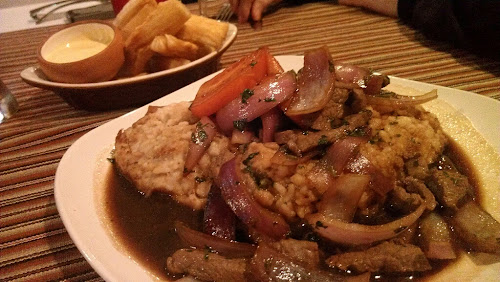 We decided to order an appetizer and a main dish. Our first choice of appetizer called causa was off so we missed the chance to try what appears to be some sort of potato cake. We selected fried yuca with a creamy yellow Peruvian sauce. One main dish that intrigued me was French fries and slices of wiener sausage mixed in. Italians love hot dog pizza so I suppose I shouldn't have been surprised by that culinary creation. If I ever get here by without my wife that will be one to try... 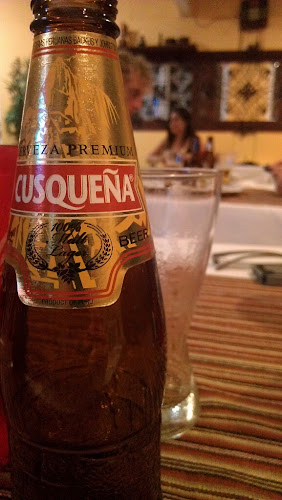 The beer was slightly dark and malted, not more than 4.2% alcohol so it was not at all hoppy. I liked it. Our main course (pictured above) was beef tacu tacu a dish where the rice was mushed with white beans giving it a curiously starchy particular flavor. I liked it a lot. For dessert we had a cake brought we are told to the Americas by the Spanish who used almonds and honey which are not apparently found in Peru, land of the potato...It's called alfahores and my wife liked it because the crisp sugar cookies aren't too sweet and the filling is made of dulce de leche, a flavor described as Latin American caramel, and much favored by her. 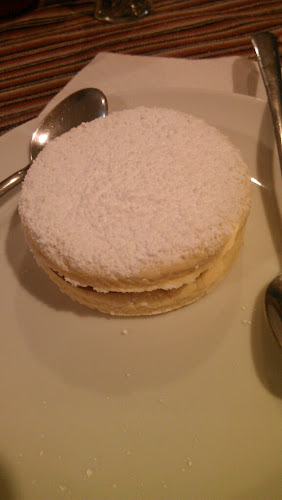 Promising ourselves a return visit before too long, we took off for the Tropic where to my suprise we found ourselves in a theater that slowly filled to capacity with a mostly gay crowd. The film was Dallas Buyer's Club a story that crossed boundaries telling the very compelling story of a straight man with Aids early in the epidemic who fought to get alternative treatments recognized by the government. 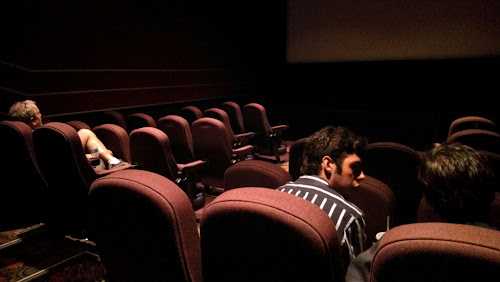 This is a film that will reappear as Oscar material no doubt in the fullness of time. Mathew McConaughey and Jennifer Garner are stand outs but the show is stolen entirely by the most convincing transgendered character to play a serious heart wrenching role. The film is worth a view just to see the astonishing Jared Leto in the role of a lifetime. 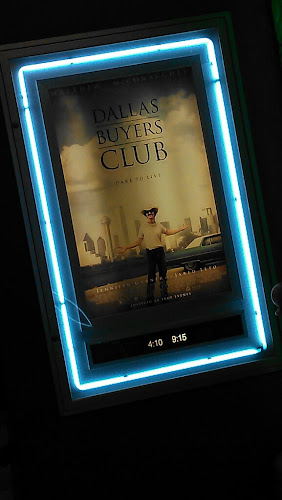 A great evening out in Key West with a new worthwhile place to eat, and our Arts house theater still bringing the world of cinema to the end of the road.