Key West is packed to the rafters with people. I have no way of knowing how many people are in town but the Duval Street corridor is pullulating with people. These charming visitors were directing traffic around an indecisive rooster who seemed to want to get to the other side. 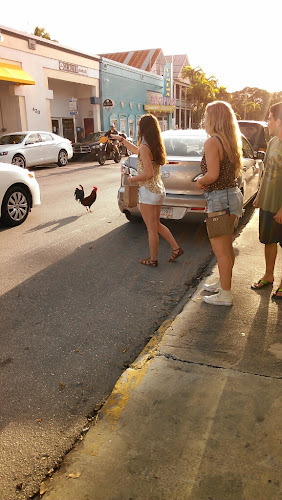 It is a sad fact but for many people visiting our fair city the narrow streets and lanes look more like a fairground than the real world. This creates a bit of tension on the streets between pedestrians and vehicles in the traffic flow. 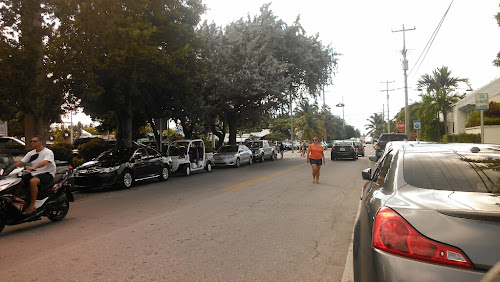 Cyclists are another source of confusion for car drivers more familiar with the expansive stretches of four lane highway in their home towns.  This time of year you will see cars crawling along behind a cyclist pedaling madly, and fear of passing is so bad cars will follow pedal bikes for blocks. For those of us used to sharing the road this can be a...frustrating experience. 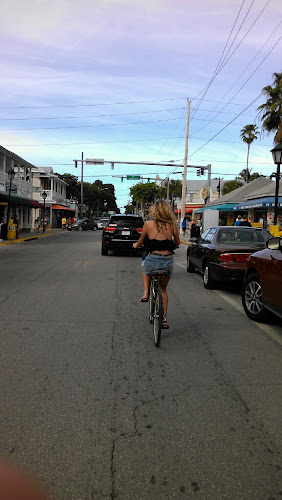 Big trucks. Big hassle in small streets  but they are everywhere. You'd think Highway One would be smooth as a billiard table owing to the lack of frost or ice but trucks churn it up every day and every night keeping the city supplied. Lots of them. 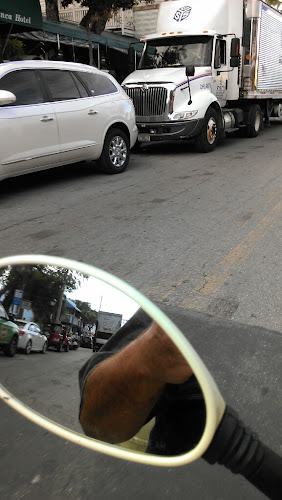 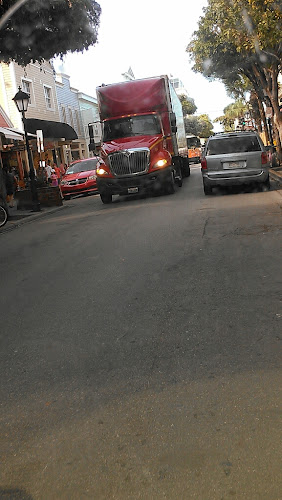 Then we have cars negotiating intersections filled with oblivious pedestrians, bicycles, pedi-cabs and frantic scooter riders. 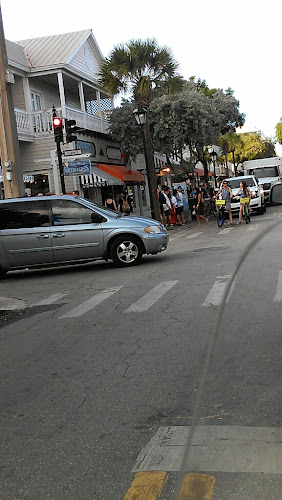 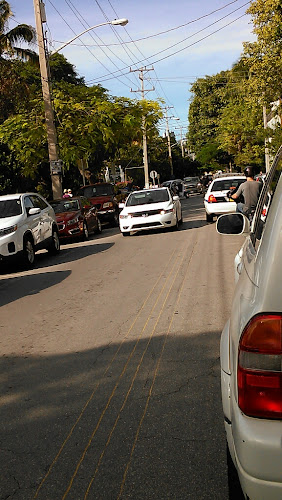 Wasn't I surprised to find my favorite scooter parking lot just about empty? I kept looking for parking on distant blocks, Appelrouth, Petronia, the Courthouse, all full. I passed by here planning on checking Eaton Street, but pulled in sharply when I saw the spaces. Lovely. My cream colored Vespa looked quite at home. 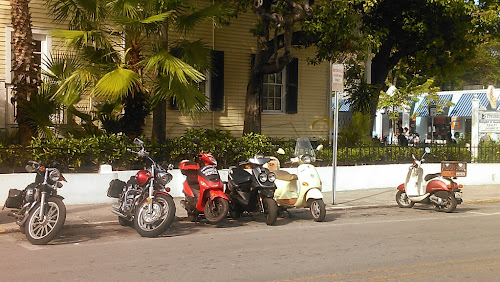 The plan was to meet Robert at the Tropic to check out The Interview  the subject of all the recent hullabaloo involving the Sony hacking, North Korea, stern diplomatic messages and withdrawal of the film from cinemas in the face of unlikely terrorist threats. For a while the terrorists won, as usual, while everyone cowered until finally someone grew a set of balls and they released the movie to theaters. 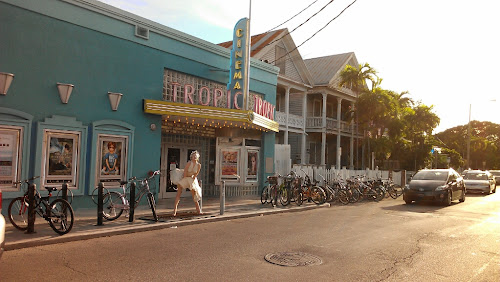 In order not to terrify already fearful patrons my man purse was banished to a cleaning closet for the duration. Presumably the theory was that if there was a bomb inside it would cause less harm by blowing up the box office...Stuff and nonsense but anyway this is the daft world we live in. 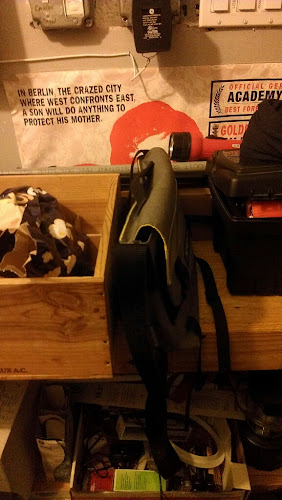 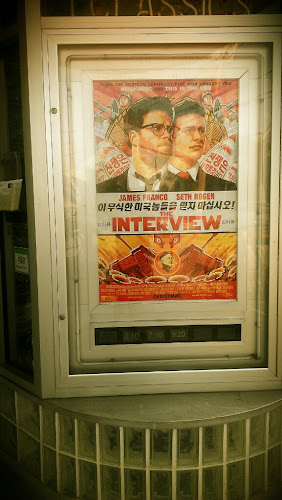 The ride home was a nightmare of cars lining the roads leading to the triangle all backed up with nowhere to go. I pulled off and made a couple of phone calls to let the thing ease up, but all I could think was how much I want New year's to be over in Key West.