I have given up hoping things will return to normal soon though I do enjoy hearing from economists predicting a Roaring Twenties type of economic boom when the virus finally goes back to the hell hole whence it came. That time can't come fast enough for the cruise industry I dare say as ships have been parked for almost a year already. If Key West activists got their way they wouldn't come back at all, those big bad behemoths carrying 3,000 passengers at a time. I have to say their absence has been noticed downtown where storefronts are closing all over Lower Duval. The tea place on Greene Street is still open with an urgent message: 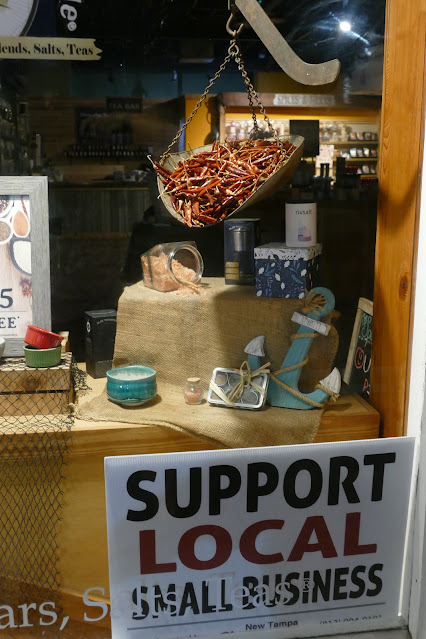 Indeed local stores are definitely feeling the pinch from the lack of shoppers as the signs tell the tale. 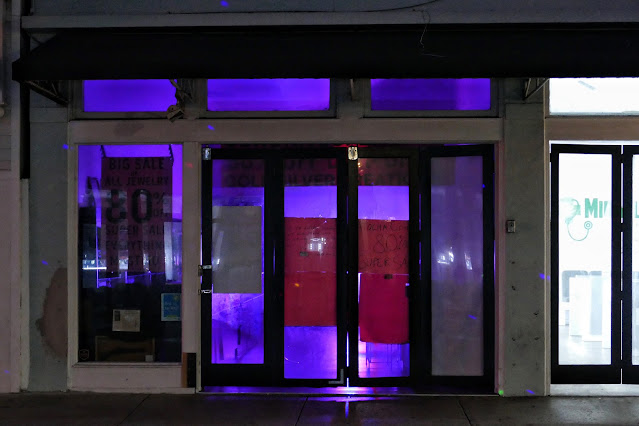 New hopefuls will show up with a business plan and probably not enough money to face a year's worth of very high rents, $30,000 or more  a month for small Duval Street shopfront. It is said some stores survive on Duval Street thanks to outside income processed through the legitimate if underperforming businesses seen on this street. 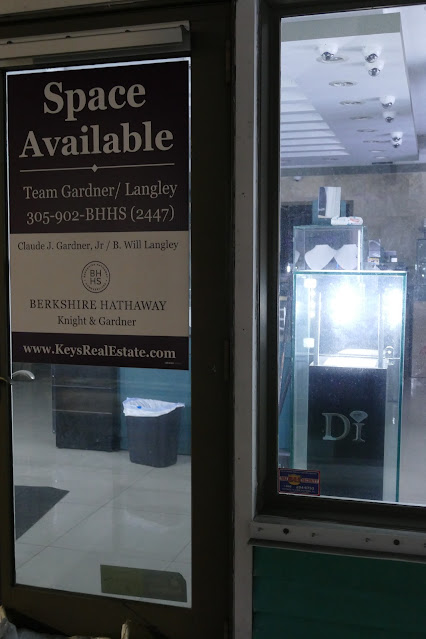 Thus when city luminaries decided to start a three pronged petition drive to limit the size and frequency of cruise ships opponents saw a future with fewer jobs, more store closings and less money coming into the city. Predictably the referenda passed, even as the pandemic shut down the industry in 2020. Some people thought the depopulated downtown inspired people to vote yes in an effort to keep Key West less frenetic on these few blocks of shopping. 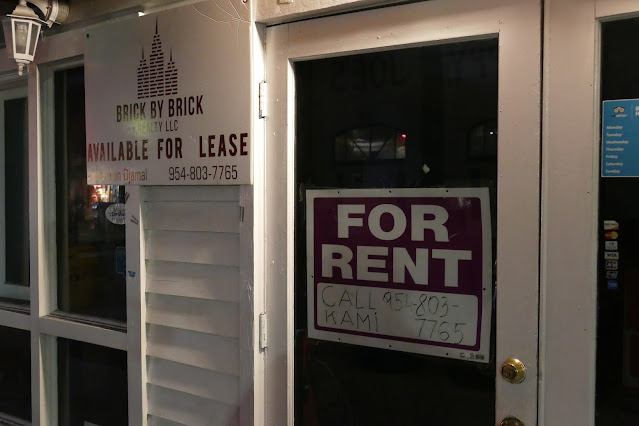 The main reason put forward for the referendum to ban cruise ships was to preserve the reef which is threatened by, among other things, cloudy waters silted up by deep draught ships churning their way into Key West Harbor. People sometimes ask me if they should snorkel the reef and I tell them that if they have seen tropical coral elsewhere in the world not to bother doing it here. On the other hand if this is your first foray onto a tropical reef I suppose better to see this than nothing. I have seen prime tropical reefs with clear waters and stacks of bright colorful coral and schools of fish darting around and to end up here with dead and dying coral and a few purple stags of coral is a sad contrast. 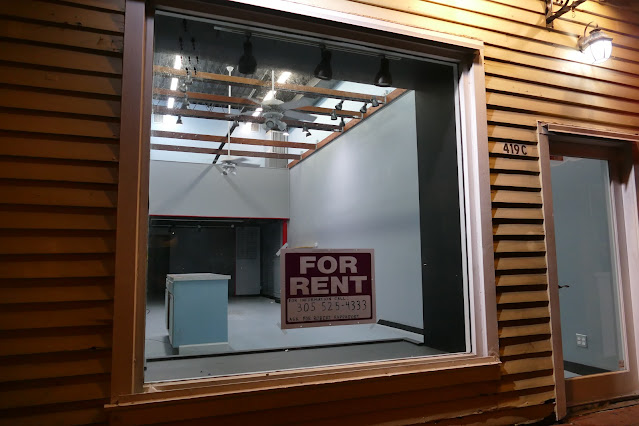 The reef had never been properly protected before the creation of the Marine Sanctuary and despite desperate efforts to repopulate the waters in new and creative ways thanks to Mote Marine Lab, warming seawater and increased turbidity is not doing coral anywhere any favors. The question then is whether it is worth killing off cruise ships and their money to try to get a last leg up on saving the dying coral. Emotionally speaking the answer should be yes. However the State of Florida doesn't seem to agree. 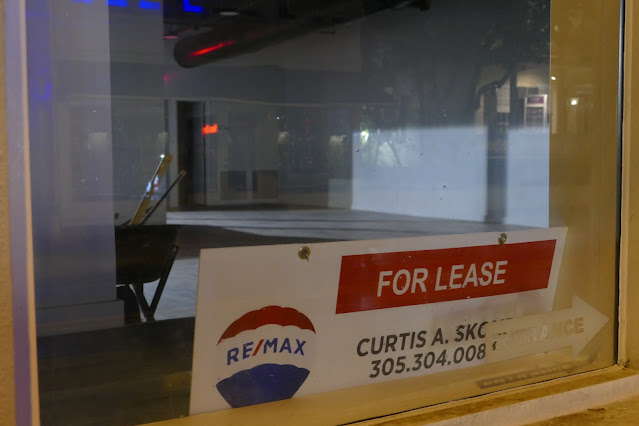 Now lawmakers upstate are proposing to void local shipping restrictions statewide even though Key West is the only city to pass a restrictive referendum. If the law passes and it is apparently well funded by business interests it will override the will of 60 percent of voters in Key West. Here's the thing: I have a suspicion the state law may end up saving Key West from itself. The photo below is of the 200 block of Duval Street. Feel free to put in a  bid to rent the spaces if you like: they are all quite empty. It would only be the shortest of walks to Ricks or Sloppy Joes to get a drink and figure out how you are going to pay your exorbitant rent. 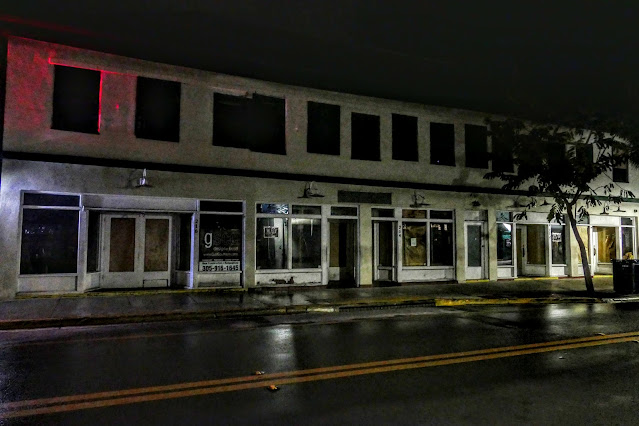 Starbucks was a mainland concept a decade ago with not one outlet in Key West. Now they have arrived here and spring up around town all the time, but this one on Front Street is gone. I am the first to agree that Duval Street is not a place to go shopping for useful things. That sort of shopping you do on North Roosevelt at the four shopping centers if you want to go buy things in person. Locals sniff at the idea of visiting Duval Street unless there is some acceptably enticing restaurant they may go to once in a  while (when times are normal and virus free). However shops selling suggestive t-shirts, cannabis products and jewelry do not act as much of a draw to someone seeking a light bulb or a head of cabbage. 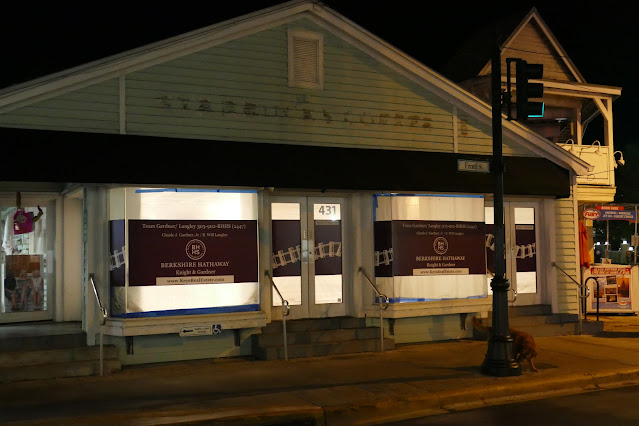 And it is in that spirit that I suggest that most of us who live here suffer zero impact when thousands of eager visitors are walking around lower Duval with cruise ship boarding stickers displayed in lurid colors on their chests. Indeed businesses further down Duval Street used to protest regularly that cruise ship passengers were being funneled to Lower Duval exclusively. 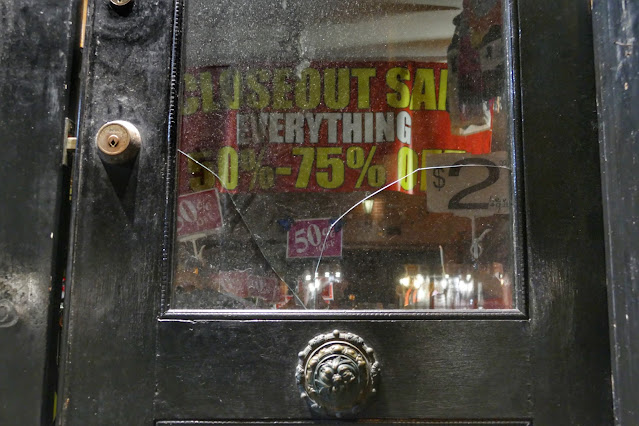 Mostly these are crappy stores, ill maintained relying on people rushing through with no thoughts of encouraging repeat experiences. What they do offer is jobs, benefit-free low paid  and dreary. Yet you need three of these jobs to have a hope of meeting your rent needs in Key West. To live in Paradise. 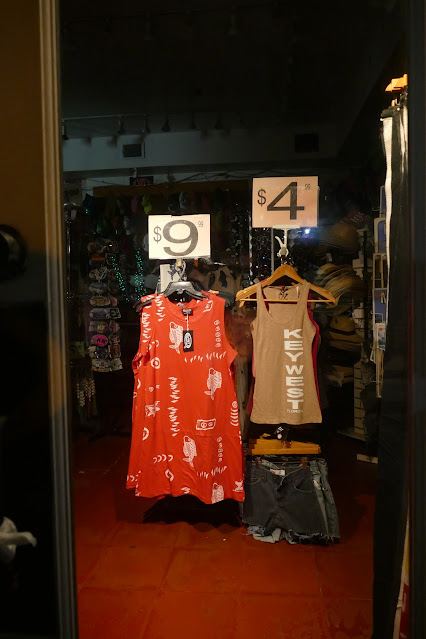 A friend of mine sniffs disdainfully at the proposal to keep cruise ships away, describing the pro voters as wealthy and unemployed with time on their hands. I'm sure there is a lot of truth to that but that's democracy for you, messy annoying and occasionally provoking, but we are supposed to follow the will of the voters. Apparently Key West's peculiarities aren't impressing elected representatives elsewhere and this little blue speck in a  red ocean is about to get it's cruise-ship-free lunch handed to it. 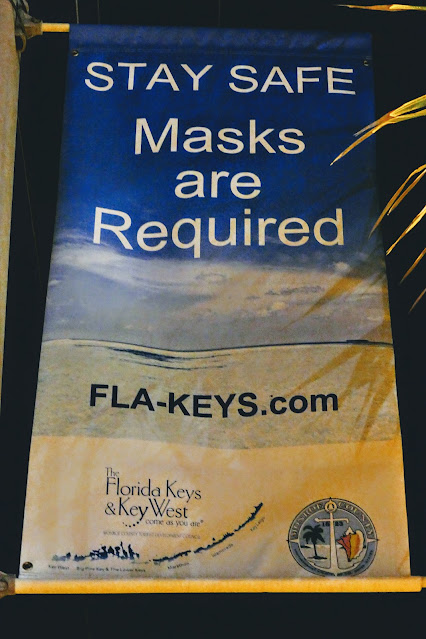