I was working when they had the ceremony to light the Christmas lights in Bayview Park and i was working during my favorite parade of the year, the holiday parade last weekend. I enjoy the Small Town America side of Key West even though I have no children and God and I haven't been on speaking terms since I was a teenager. 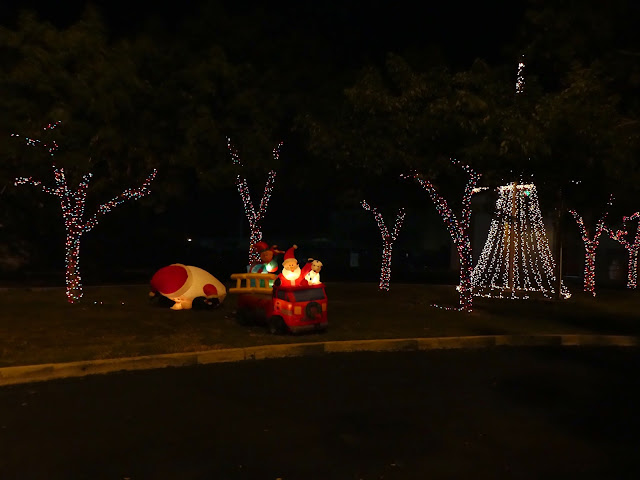 I pulled up outside the police station the night they lit the city Christmas tree and a wind band was playing traditional Christmas Carols which is how I think they should be played. I am no great fan of endless Christmas music as most of it gets brutalized in bizarre and unwholesome ways for commerce. Then there are famous singers adapting what are in reality sacred songs from the German tradition and turning them into jazz or popular music standards in the name of money and reputation. But I am not a fan of Christmas  the way it is celebrated these days. 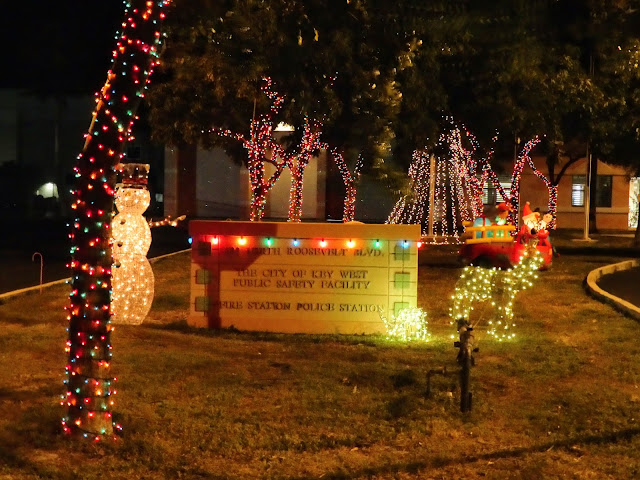 I find it even more bizarre when people throw political mud at each other over how Christmas is celebrated. But there again I don't really care if people wish each other happy holidays or Christmas or Hannukah or Kwanza. I don't belong to the school of thought that one salutation demeans another, but it turns out I live in a country where everyone bruises easily and hurts are inflicted right and left this Holiday/Christmas/Hanukkah/Kwanza season. I wish everyone would harden the fuck up and stop invoking the long over used political correctness insult. My religion-free holiday won't get damaged one way or the other. 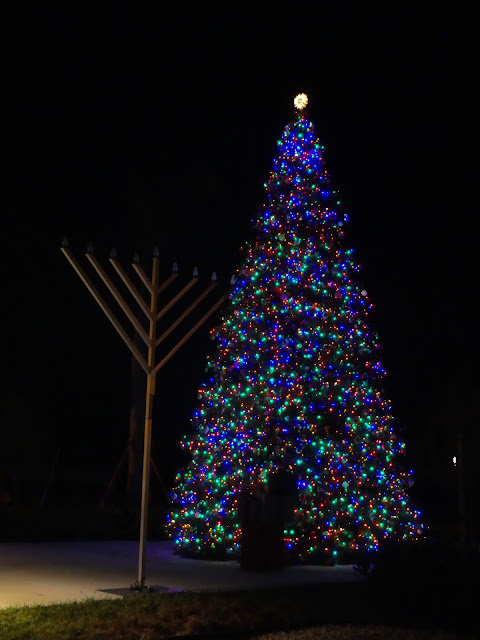 Governments are a different case altogether when it comes to representing the voters and proper protocol shave to be observed just as they do in any workplace. But there to the delicate skin of modern Americans bruise easily and insults fly. Government shall not favor religion is the rule so take it home and celebrate away and wish your neighbors whatever holiday you want. If they get annoyed you are probably better off without them, frankly. 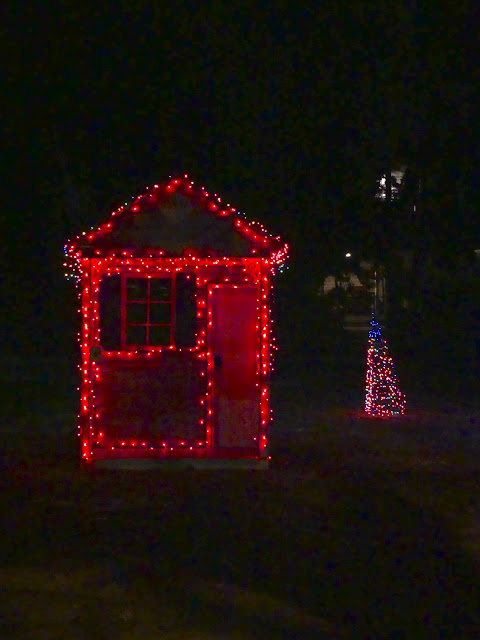 I don't understand why things got so delicate. Respect and good manners have been taught over the centuries as survival tools and later as ways to make daily life a little less rough. Now being polite has become a sign of weakness and anger boils over instantly. Laughing it off and shaking hands., admitting to a mistake and cheerfully carrying on is no longer possible. 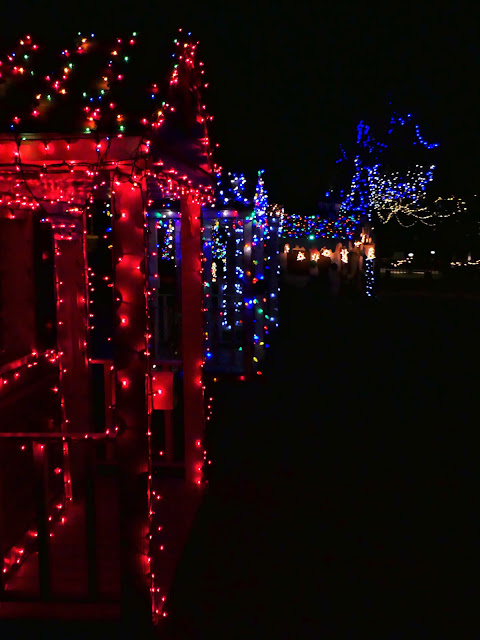 So, in the spirit of not being afraid of the dark that is death, here are a few pictures of lights and trees that in point of fact have nothing to do with Christianity and have everything to do with the solstice and the darkness of winter and the pagan rituals of Nordic people fending off the darkness of night as representative of death. So happy solstice. And if that term offends you, you know what to do- harden the fuck up! Chopper Read 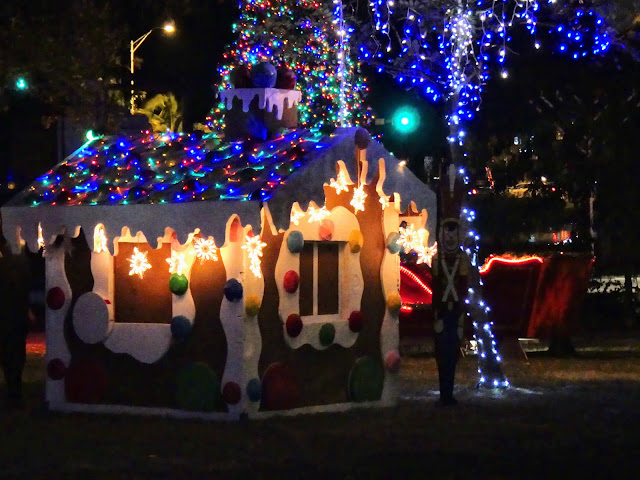