I haven't paid much attention to College Road in a while and when I decided to turn off US 1 on Stock Island and take a turn I stopped in a few spots to check out what's changed and what hasn't. 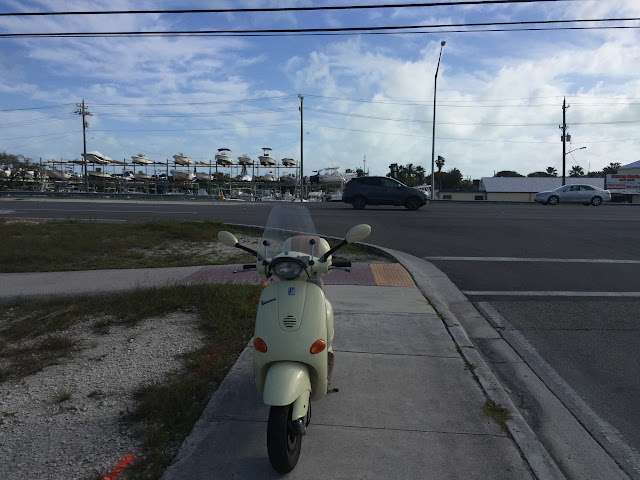 The city incorporated the north half of Stock Island to facilitate the creation of the golf course and associated gated community so this odd semi-circular street called Colege Road gets a municipal sidewalk. In the photo above the Vespa is parked at the northernmost corner of the city of Key West - not that this spot gets a monument or even a city limit sign! 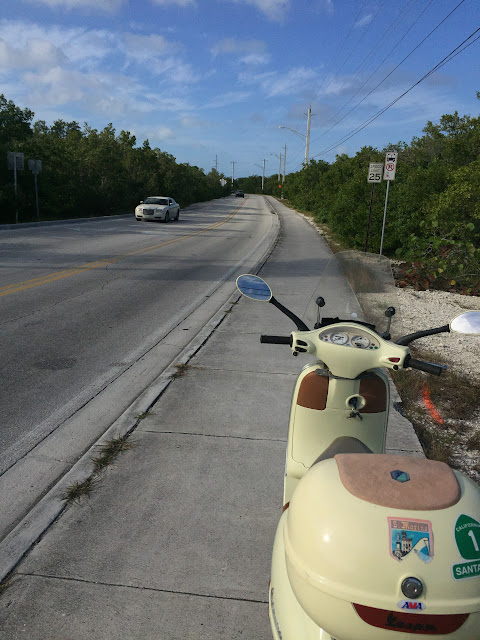 Coming into the city you will know when you have arrived at College Road when you see the big illuminated theater sign advertising concerts (even after they have happened) and musical performances at the city's biggest and plushest theater venue. Not on Duval either. 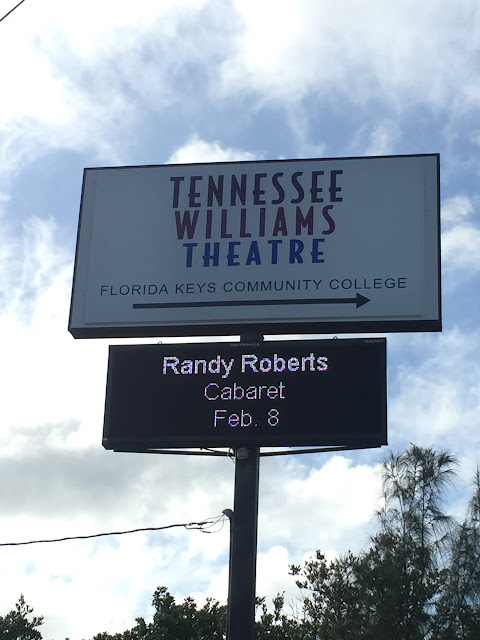 Don't bother turning in at the Golf Course unless you know someone who lives there or you have an easy line in bullshit. There is a gate guard and they will ask your destination. It's all built in the "Key West Style" by the developer of the Truman Annex which is open to visitors. 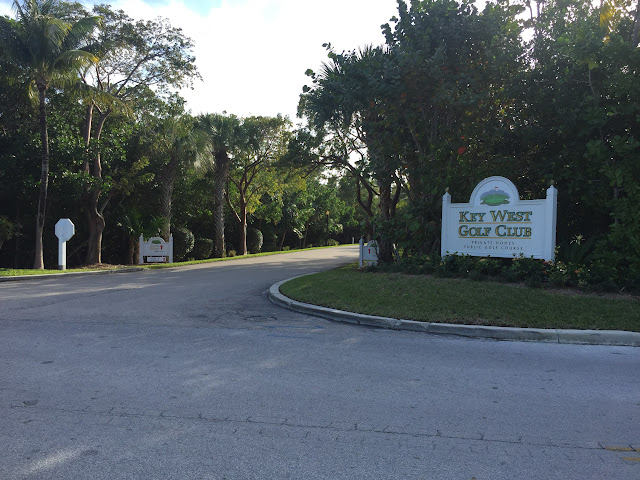 One reason to ride College Road is for the gentle curves, which taken at the limit of 25 whole miles an hour does nothing to give one the feel of riding a series of apexes. 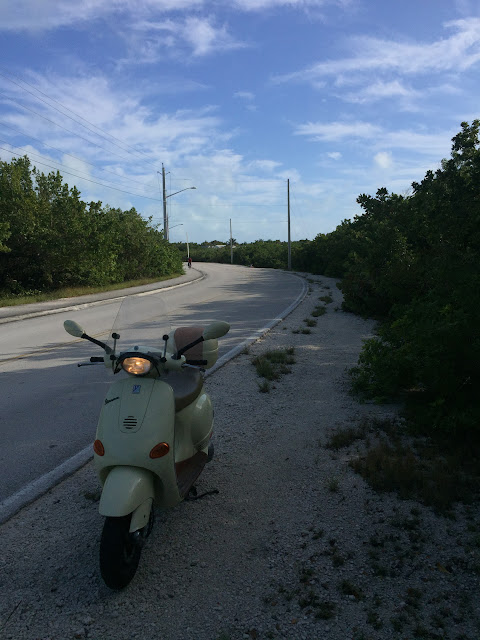 College Road is handy for a small town surrounded by tidal waters. You can put a golf course here, extra housing, and why not, an emergency room? They don't have all the specialists one might want but they do have helicopter service for folks who need treatment in Miami. The cost of the private carrier is $50,000 per flight give or take as like all medical services offers no sensible estimated billing. The publicly funded Trauma Star plays back up to the private flight as city leaders are in thrall to the service that bankrupts citizens. Residents fly free on Trauma Star which makes the city's refusal to allow the county service bizarre and ruinous. 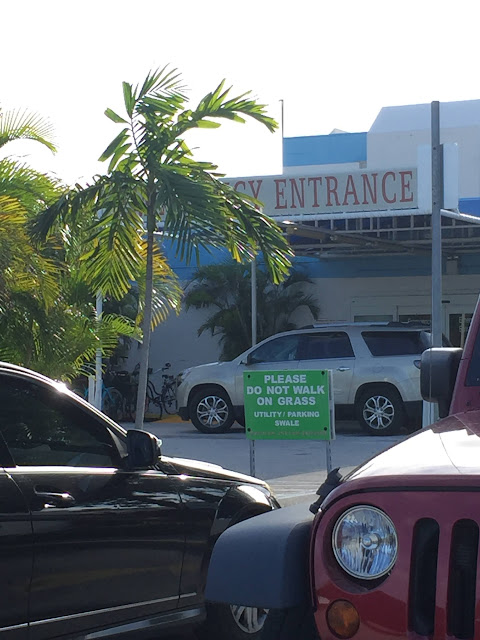 I realized as I took a very quick turn around Florida Keys Community that I should come back and take a long overdue look at the changes and the art at the place where I used to go to class. 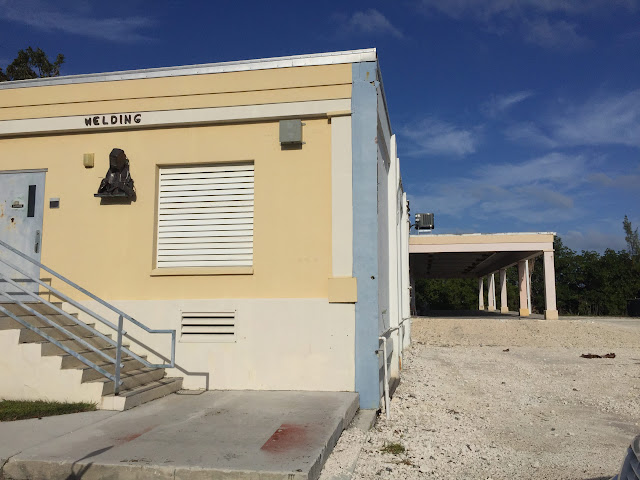 I like the architecture, though there are rather too many tall blank walls mixed in with the elevated walkways and quirky porches hidden on campus. They even have a dormitory on campus now to ease the cost of housing in this over priced community. 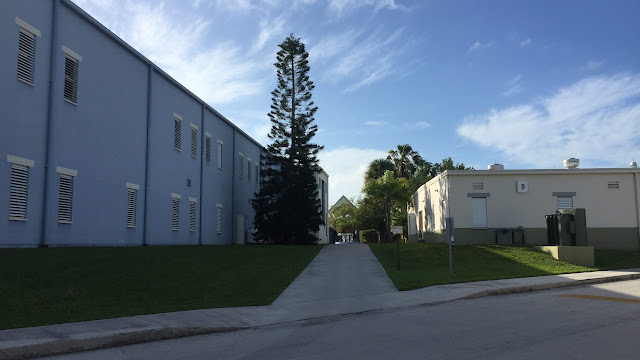 Up the road again, past the elementary school we come to what is supposed to become a trash transfer station. Currently clean and modern and not yet open. This used to be a brilliant waste-to-energy plant producing lots of electricity for the city from garbage. It wore out and instead of building a new modern clean plant they scrapped it to haul trash two hundred miles (really!) to the Pompano Beach landfill. Another brilliant local ecological decision. 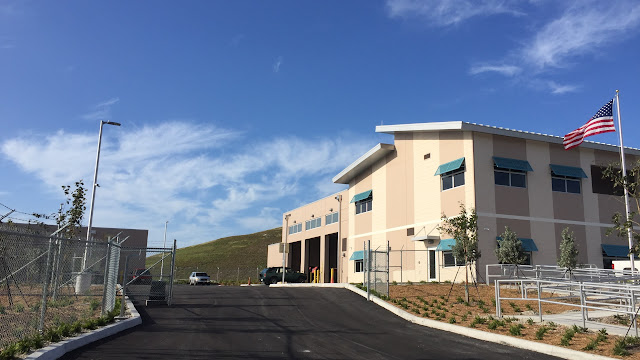 There's the Sheriff's headquarters, the jail, the homeless shelter and even a marina with condos...then there's the animal pound, Cheyenne's home for three weeks. Mosquito Control has offices here for now and there's the Botanical Gardens as well. 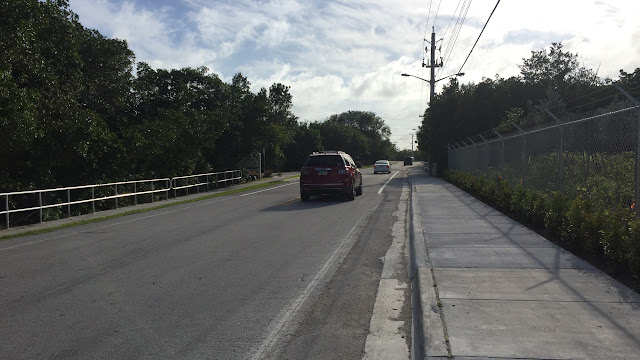 Busy place College Road, and then we are back at the lights, these are on the west end of the road at Highway One. 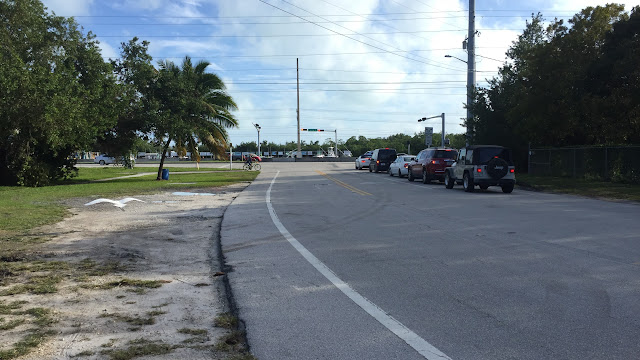