I took an early break around eleven the other night and wide awake as I was it seemed a ride out to Stock Island was the thing to do. 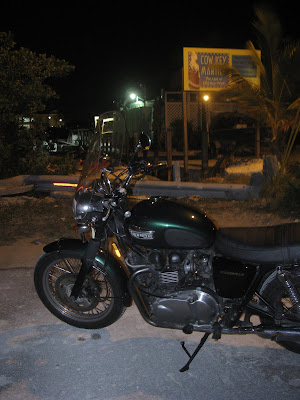 Carol mentioned this was the bar and marina that was depicted in the movie 92 In The Shade. I think it looks better with a Bonneville in front. Stock Island looks dark and full of possibilities, none of which materialized in point of fact. 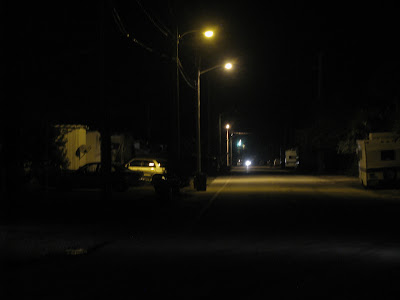 I liked the look of this strange house, boarded up and presenting a blank face to the world. 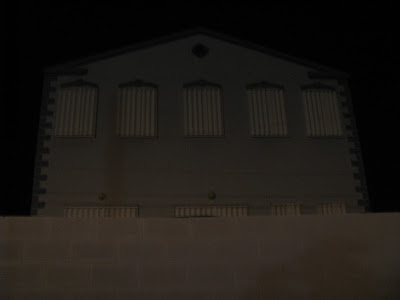 Bernstein Park is the heart of Stock Island recreational possibilities, apparently funded by the family best known for owning Wisteria ("Christmas Tree") Island struggling to develop that island to the max. 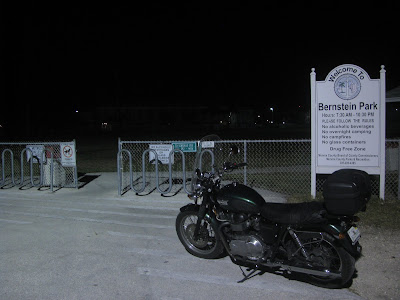 And in the cool night breeze we could see that our flags were still there. I believe Florida has seen the flags of seven nations flying and now we use the red flag of St Andrew to represent the state that hires a crooked businessman for governor. Oops! 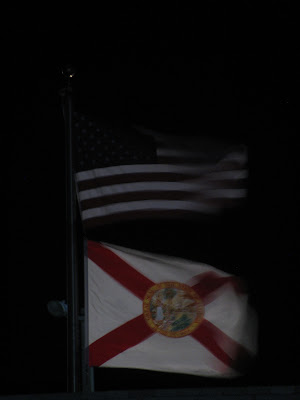 I love the name of this street, a reference to Key West's pink gold. 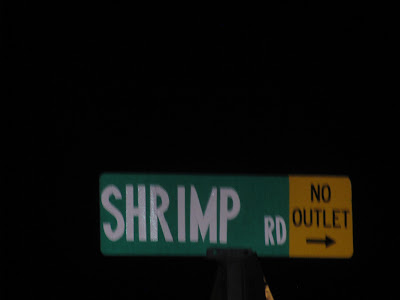 There were large redevelopment plans for this tatty street. Nothing much so far and long may it stay this way. One good result of a messed up economy. 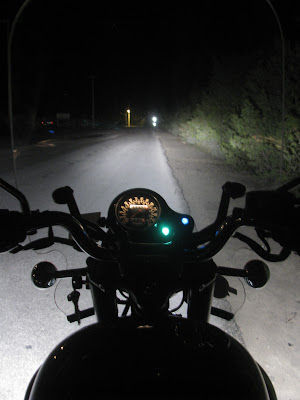 Hogfish was open and operating at 11:30 pm. I stopped and went after a picture, not quite the moment for a drink was it... 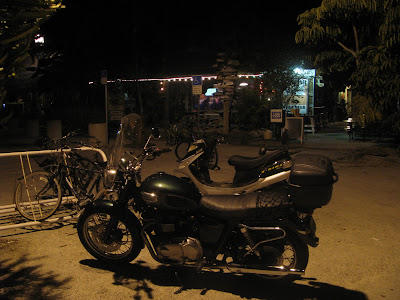 My favorite eatery of all, and we will return here later for a final breakfast with the super Therese, a Frenchwoman from Alabama once upon a time. 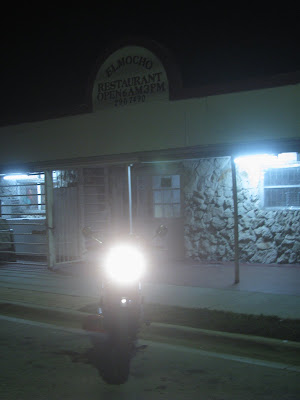 This is the heart of downtown Stock Island, a store and a gathering place. 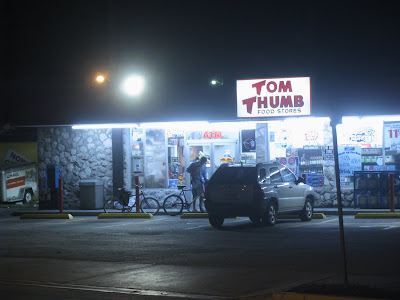 Headed back to highway one this was the view at the light with a wobbly hand. 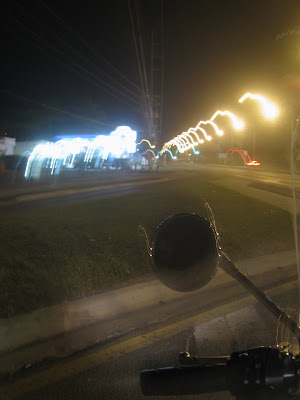 This was the rather more prosaic picture I was trying to get. 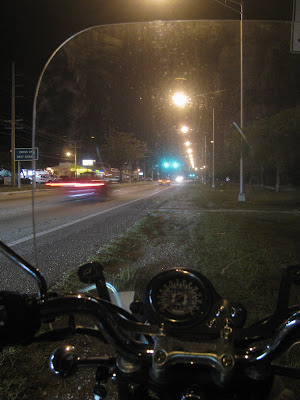 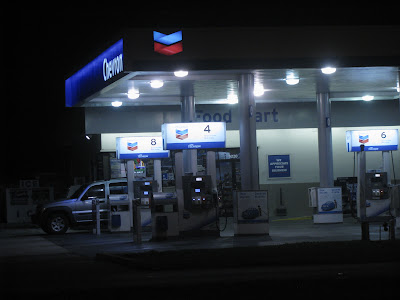 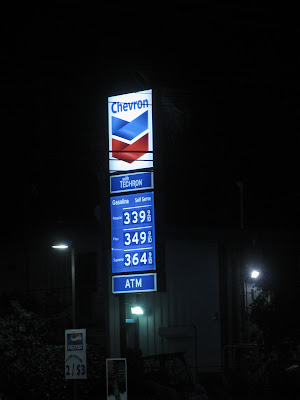 On my way back to the office I stopped at Smathers Beach for a look and a smell of the night sea air. It was lovely and fresh and full of energy: 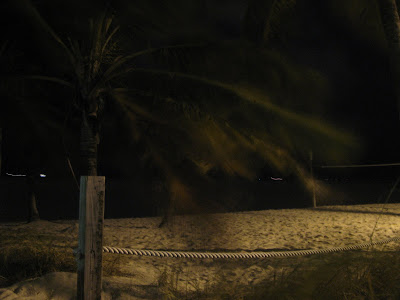 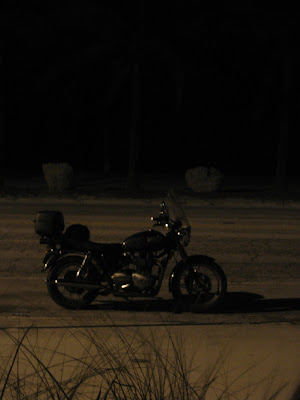 After my shift was over I had a date to eat breakfast back at El Mocho with my wife and Therese who was picking up a rental car to drive to Miami Airport for her flight home to Paris. 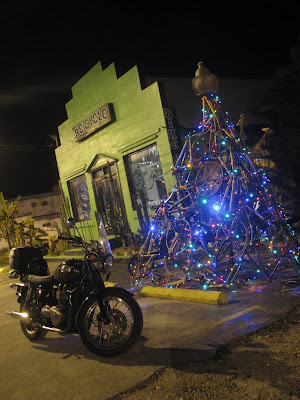 The recycle store on Stock Island was worth a stop especially as I was ahead of schedule by a few minutes. And then breakfast, bacon eggs and con leche- $18 for three. 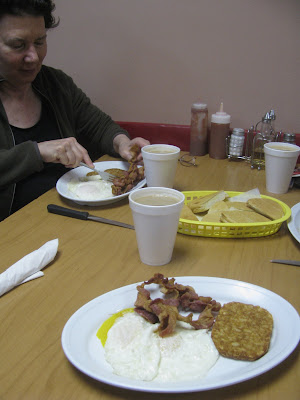 A good way to end a twelve hour shift.
Posted by Conchscooter at 12:01 AM 4 comments: Links to this post