I used to live with a woman who liked birds. Paradoxically she liked cats too, though as long as I knew her the twain never did meet. I was a man of fixed opinions back then, even more so than now, and  I was firm in my belief that birds aren't dog-like in their affections and that shortcoming made birds uninteresting.  That was in the late 1980s. 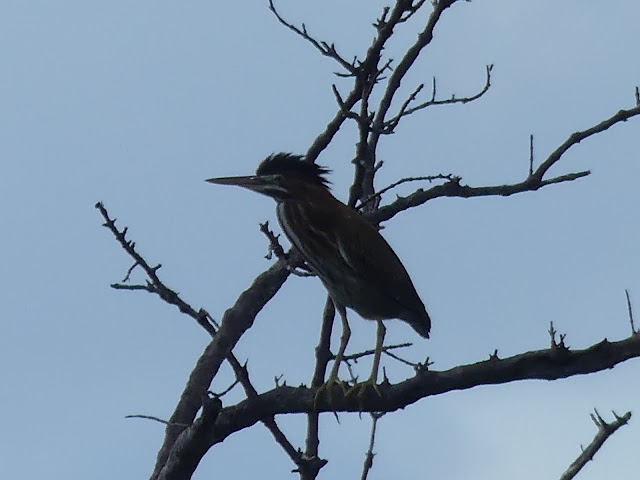 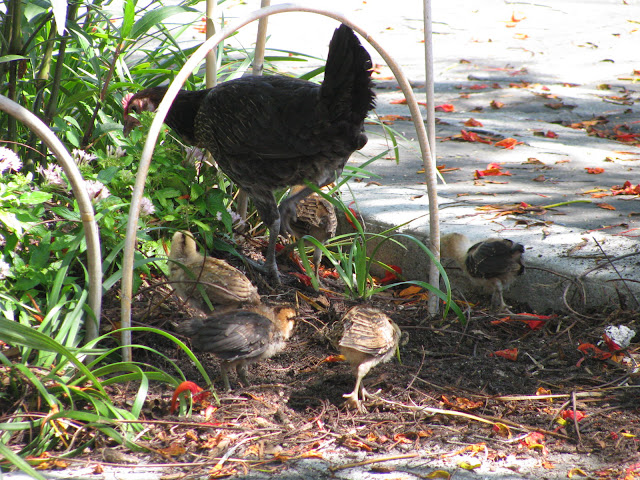 So  in observing these noisy messy birds I am forced to the conclusion that they are more than I used to think they were. Being lose on the streets has allowed them to develop there personalities into something more than lunch. 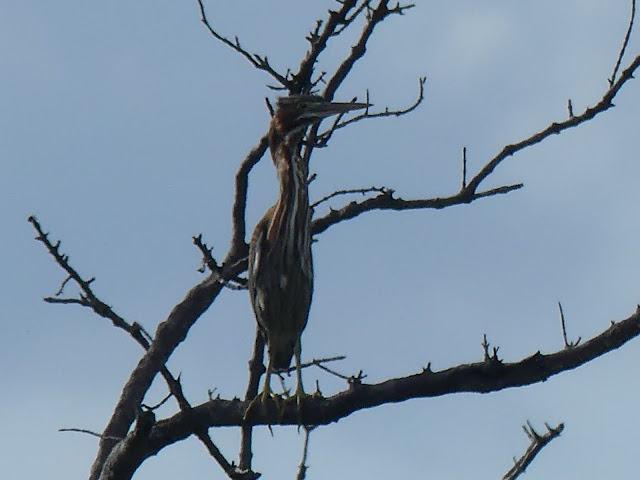 Out walking the mangroves bird watching is about the only activity that reveals movement among the salt ponds and clumps of evergreen mangroves. My camera and my set  up are not ideal for high speed pursuit of low flying birds but I give it a go anyway. On this one I liked how the wing  tip curled up, a  position that reminded me of making paper aeroplanes as a child where I would try to "improve he delta  wings by creating lift in the tips in the same way.  My paper planes flew more or less badly but I fancied myself a designer. 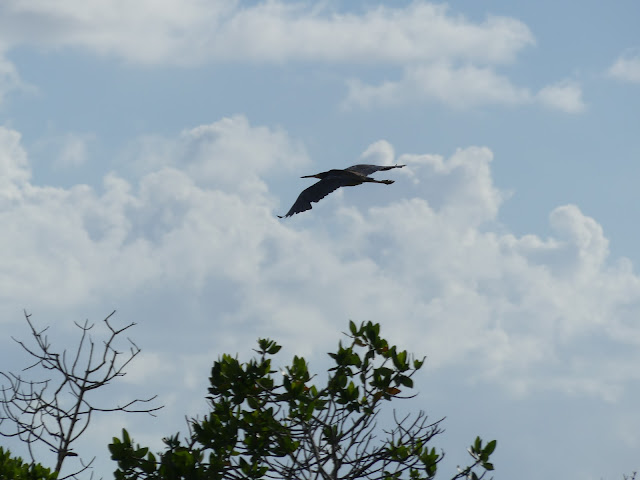 Every time I see  a picture of an angel in typical fashion I am reminded of an ornithologist who remarked in some otherwise unmemorable article that for angels to have wings in a  human body, like this one at the Key West cemetery... 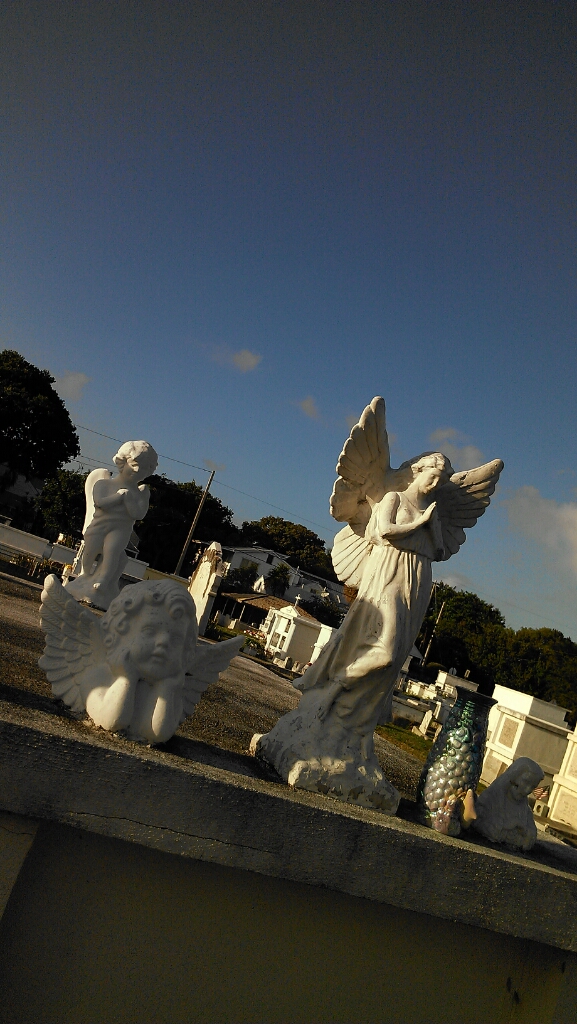 ...sprouting those wings form their shoulders they would require a breastbone sticking out several feet to balance the force of the wings in flight...trust a scientist to muck up popular myth. 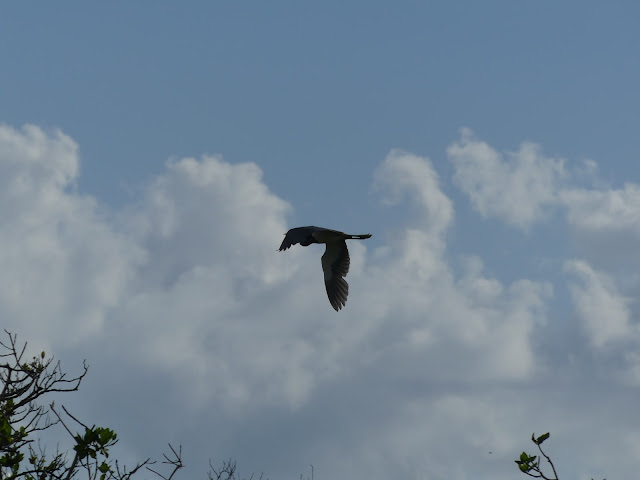 Then there is Fat Albert, human flight tethered to the ground,  flight as servant of humans who seek out drugs and smugglers and all that from the air. Very unromantic. 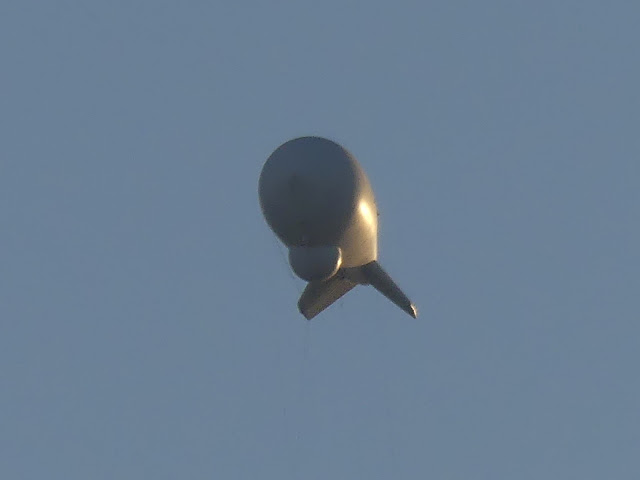 I cannot identify the birds, Joe perhaps or Angie are their names..? 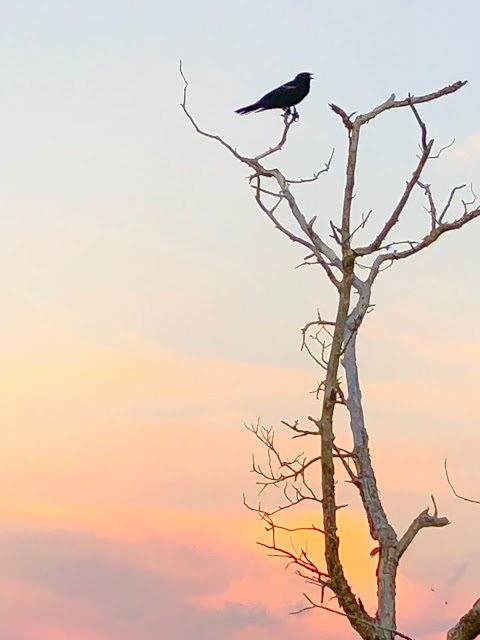 Little black specks singing their hearts out, grunting in some cases, and bursting into flight across the mangroves. 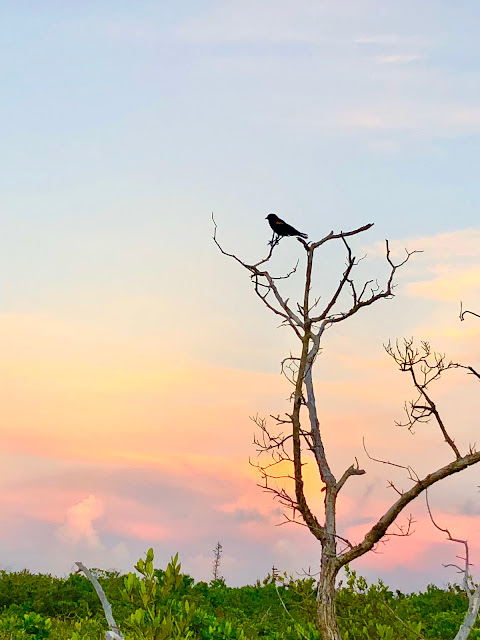