I've mentioned this madness previously but I took a few minutes to go out and check the Shrimp Farm, soon to become no doubt "workforce housing." Just how much housing is up for debate still. 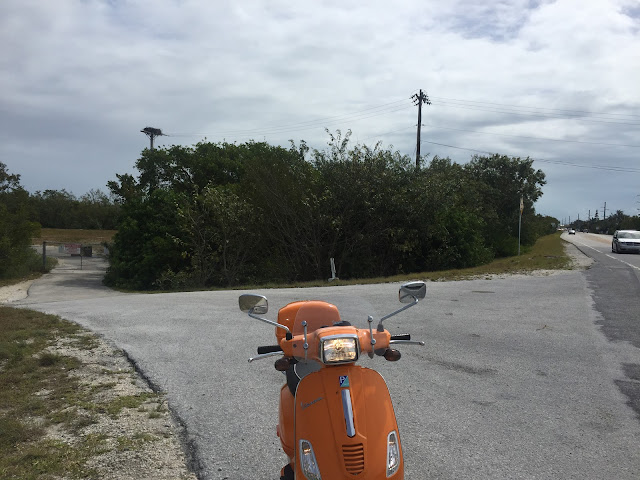 In the picture above you are looking North on Highway One (east really) into Summerland Key from the bridge. Below is the view West (toward Key West) where the development space is behind the scooter. 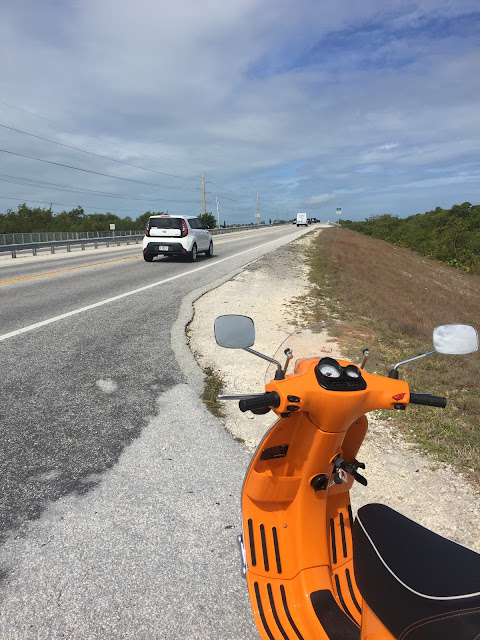 The shrimp farm was a collection of long sheds on the property and I remember those big round slow moving fans of a design used to create an air current through industrial buildings. It sat unloved and unwanted for a while until, according to the Barometer it got demolished as shown in this rather awful picture quality (my poor reproduction of a decent picture in the paper's archives): 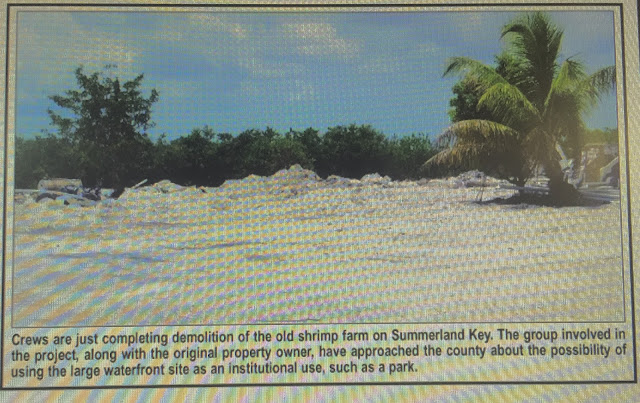 The point is, they had apparently talked of creating a park. Not anymore. The developer of the Westin Hotel and Sunset Key thought 160 homes would go a  treat here. Naturally everyone protested and the suggestion was withdrawn. Too many houses they said in too small a space. It's not looking real friendly right now: 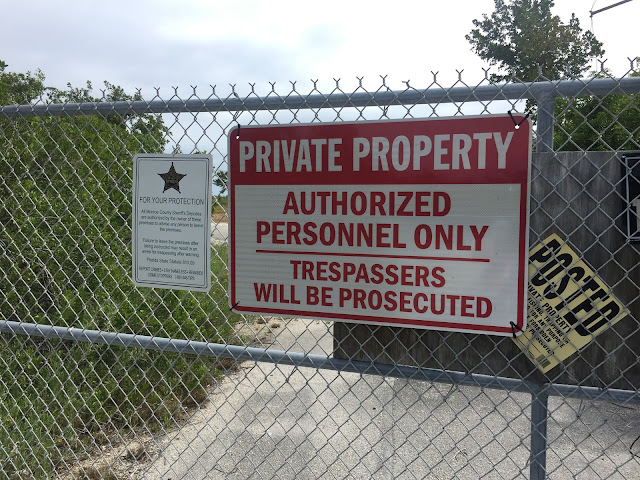 In this satellite picture from the ubiquitous Google Maps  shows the old Shrimp Farm jutting out north of Highway One . Whether or not the ponds would be filled in and I suppose they would, is that enough room for 160 homes? I haven't a clue. 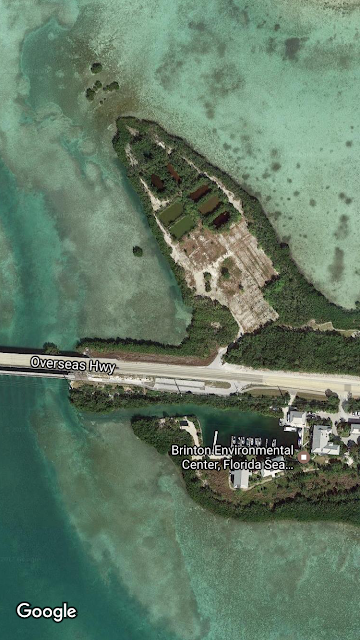 What I do know is however many houses they do end up building, and they will now that a developer has sunk his teeth into this spot, each and every home will require two wage earners to pay whatever they decided is "affordable" or "workforce" rate. And each wage earner will get in a car to go to their jobs, probably in Key West and then drive home. Sounds like a recipe for even more congestion. 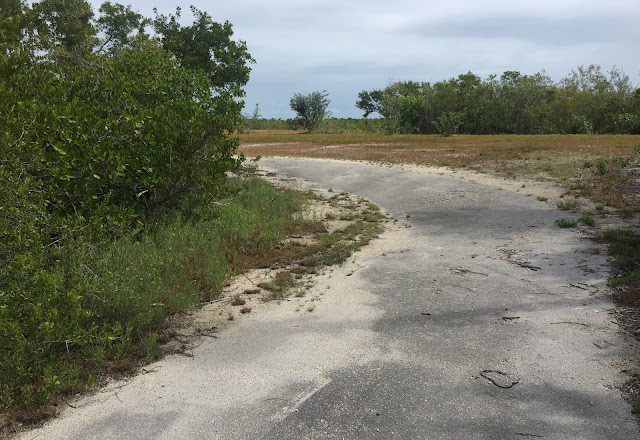 The thing where it gets odd though is that no one talks about how much each house will sell for. I don't suppose they will sell for a price that is truly affordable for someone who works in a large hotel serving drinks and food will they?  This business of affordable workforce house is beneficial it seems to the developers. In a different political climate in a different world non profit Habitat type housing could create homes for working people but then where would the developers find something to do with their lives?  I wonder if the osprey nest seen below will survive any changes? 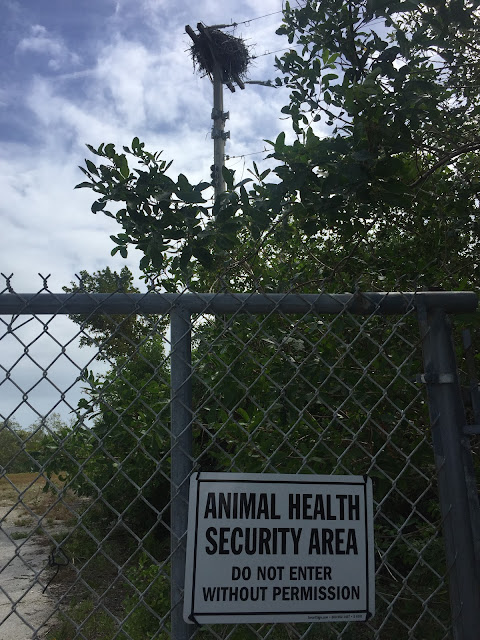 I wonder what the next proposal will be? 100 units? A park? three McMansions? Who knows... 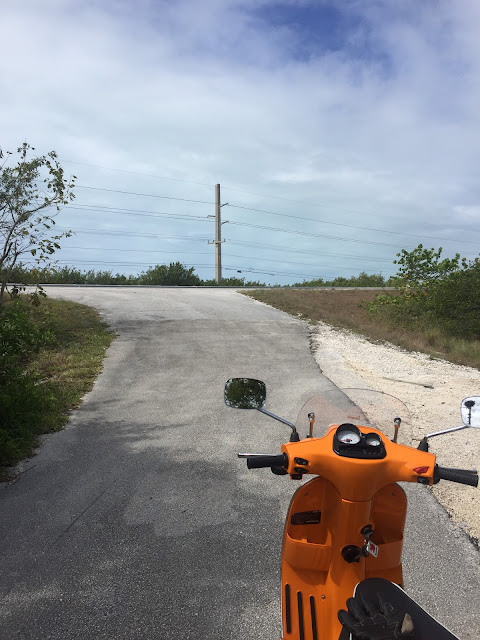 ...but it will change, that's for sure and maybe some good will come out of it.
Posted by Conchscooter at 12:00 AM No comments: