From The Archives: Hilton Haven 2008 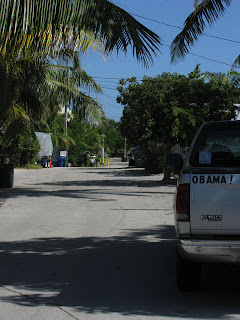 It's the endless search for that which was, which animates a lot of people who like or want to like Key West. Hilton Haven is little more than a street sized alleyway off North Roosevelt Boulevard and it has many of those elements of old Key West that the nostalgia buffs like to hold over a newbie's head. Finding it is your first problem, and I wonder if this vehicle trying to poke it's snout onto the Boulevard knows it is coming out of Hilton Haven: 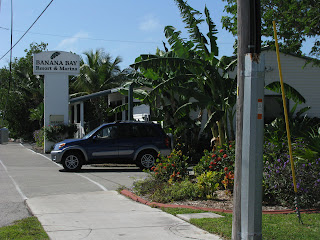 The street, if that is what it is, isn't labelled or marked in any obvious way, and it may not even appear to be a public street at all, at first glance. This might be nothing more than an entrance to the surprisingly spacious Banana Bay Resort: 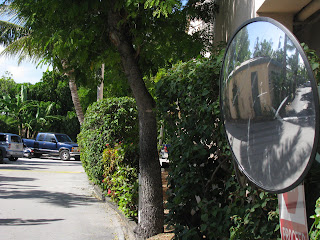 Even if the casual visitor finds the public right of way through the resort parking lots, Hilton Haven itself remains more of a suggestion than a city street proper: 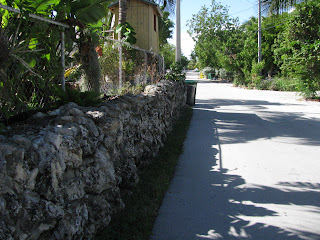 I am a sucker for old coral rock walls, even if they are held together with modern cement and surmounted by modern hurricane fencing rusting gently in the moist seaside air. Old Key West is delightfully evident here: 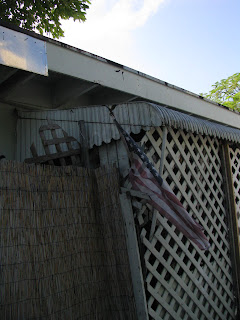 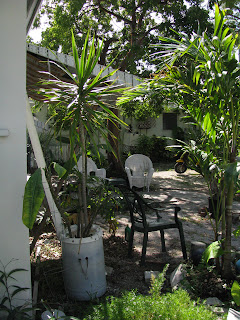 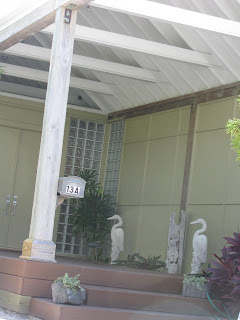 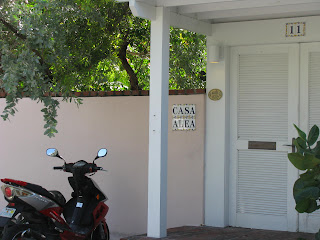 Key West in general is too small for total neighborhood segregation and buying or remodelling an expensive home is a crap shoot when it comes to enjoying your neighbors. In most American cities you can define your ideal zone by taking a quick drive and finding where you are comfortable. Key West pushes those assumptions back at you, as it does so much else in modern life. Just because you want an all-mod-con stuccoed palace doesn't mean your neighbor is ready to sell up the tumbledown next door prior to a move to Micanopy or Ocala...Hilton Haven has one other enormous feature that sets it apart from most other residential streets within the city: 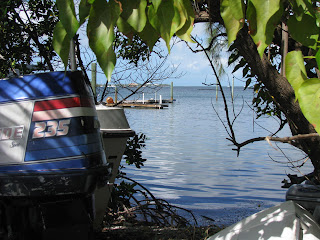 If you want a dock in your backyard for the most part you have to look at land outside the city, but not in Hilton Haven. This is the mixed up street of tear downs and McMansions, the sidewalkless urban agglomeration that is surrounded on each side by tidal saltwater. To the south Garrison Bight: 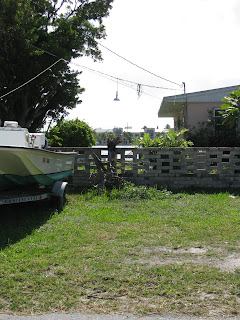 With the ever busy Boulevard in the distance: 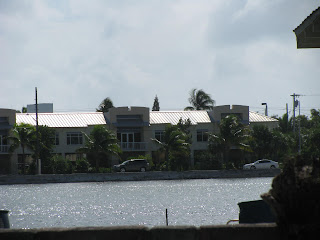 And to the north we have the open waters leading to the Gulf of Mexico, by way of the Navy Base at Sigsbee, beyond the obtrusive power poles: 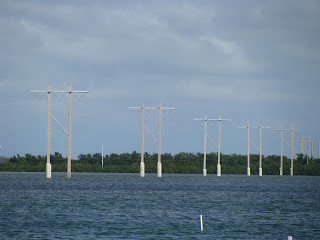 And to the west Hilton Haven dead ends into the gut that opens Garrison Bight to the north and across that narrow channel we see the US Coastguard Housing on Fleming Key: 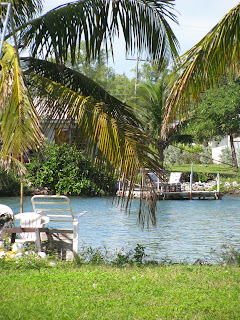 Hilton Haven has a few houseboats tied up and I saw what appeared to be the odd liveaboard dinghy squished up in the mangroves waiting for their owners return from a day in the salt mines. 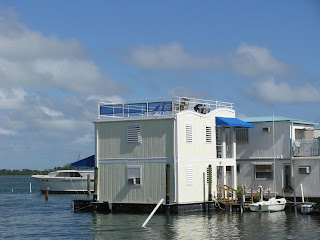 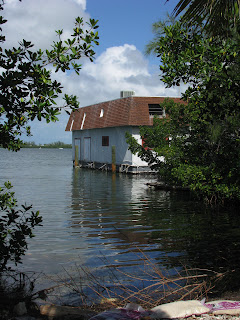 For some, waterfront living in Key West is a tad bit more palatial: 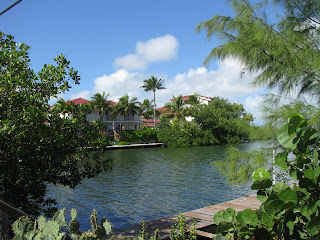 Though the ultimate symbol of suburban bliss, the lawnmower, here takes second place to the symbol of the joys of open waters, the jet ski: 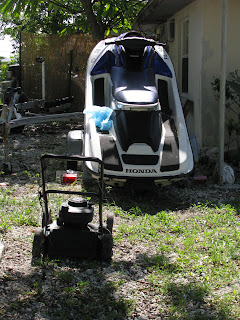 I'm pretty sure I spotted one of the city's senior "deciders" (to coin a phrase) buzzing the winding street on his moped, while one of his neighbors,seen here from behind, taking a slow pedal made time for a cheerful grin and greeting for the intruder with a camera in the right-of-way: 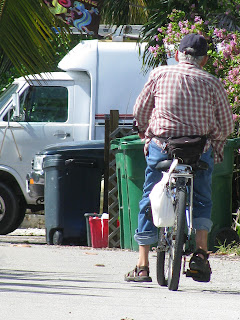 There are lots of small curiosities to catch the eye of the camera, the length of Hilton Haven, far more indeed than could fit in one twenty picture essay on the street. 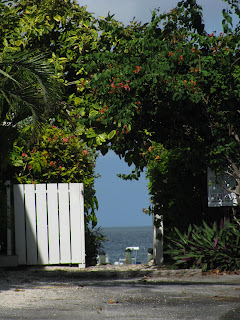 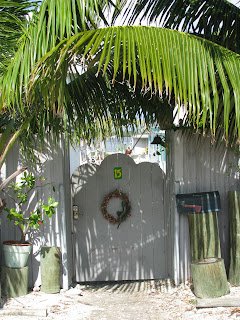 But I couldn't leave this corner of rural/urban Key West without a tip of the hat to the long history of slightly irritable sign posting this narrow, confined city produces to this day from, apparently times long past: 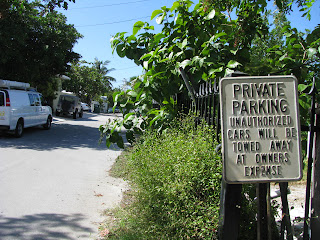 The sentiment, replicated today in garish plastic has apparently been around for quite some time. I walked the street and risked no tow, and that is what I would recommend to find yet another last corner of mostly old Key West.
Posted by Conchscooter at 12:00 AM 2 comments: