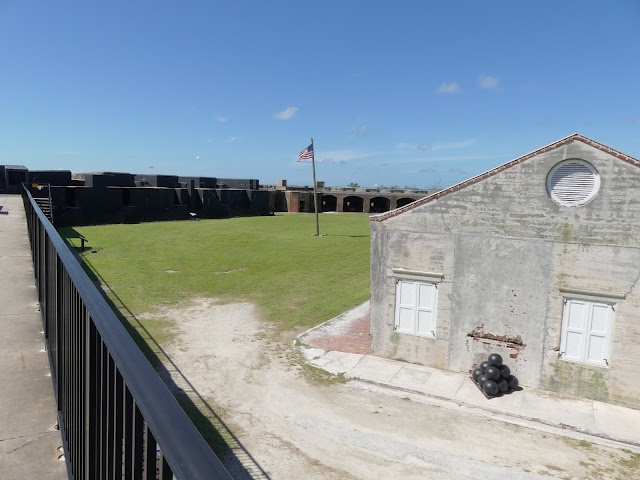 Key West has had a habit of naming certain monuments after the strangest people. Mallory Square is named for the Confederate Secretary of the Navy who abandoned his Senator's allegiance to the Federal Government to join the rebels. Fort Zachary Taylor is named for the 12th US President a man who survived 17 months in office and was elected on the strength of his popularity as a wartime general. I found this very readable discussion about the President and the manner of his death: LINK 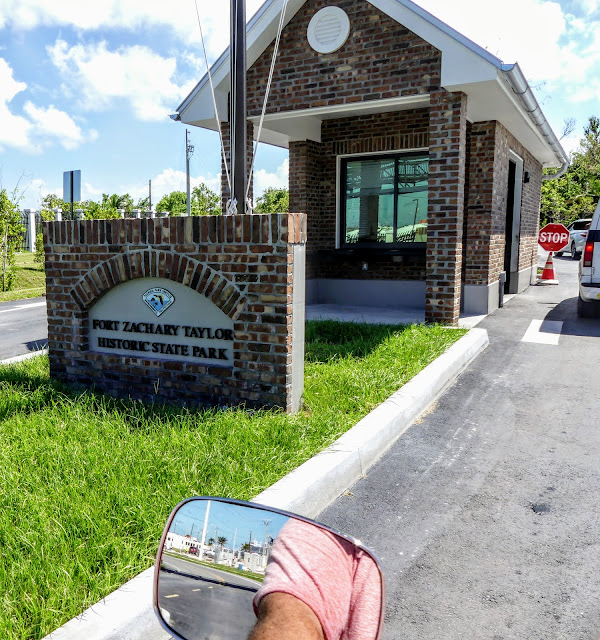 Nowadays local people who make contributions tend to get named even before they are dead, but Fort Zach is a popular and worthwhile place to visit. 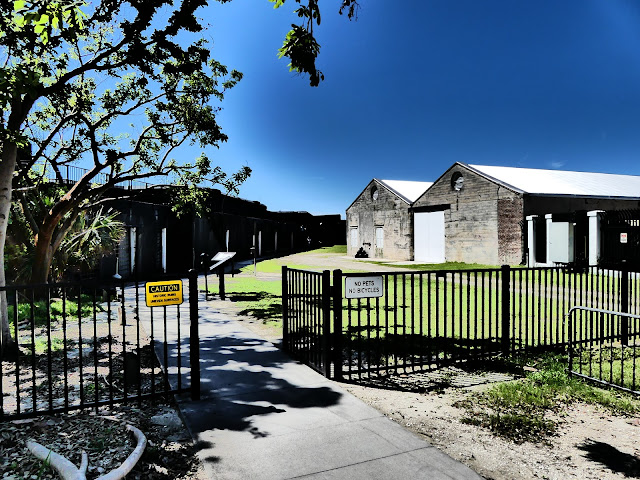 The fort itself is closed to dogs so I came earlier this week when I was in town without Rusty. It's $4:50 for one person in a  car or on a  scooter but walking or cycling will save you a couple of bucks. 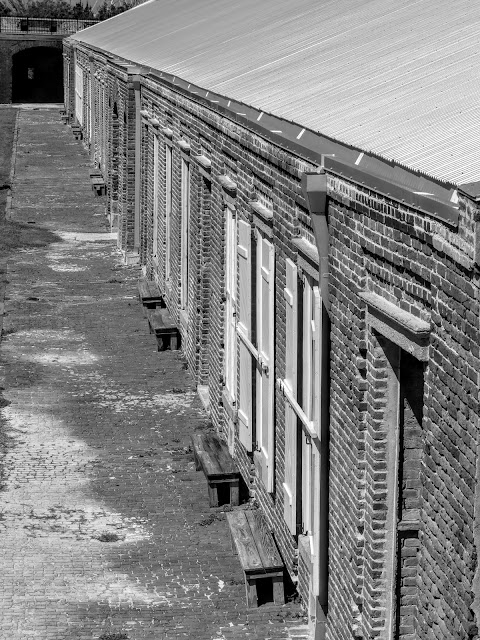 I wandered around trying to close my ears to the sounds made by the only other people in the fort with a very loud child which set me to wondering why my very quiet well mannered dog (and his eveready plastic bag) is kept away... 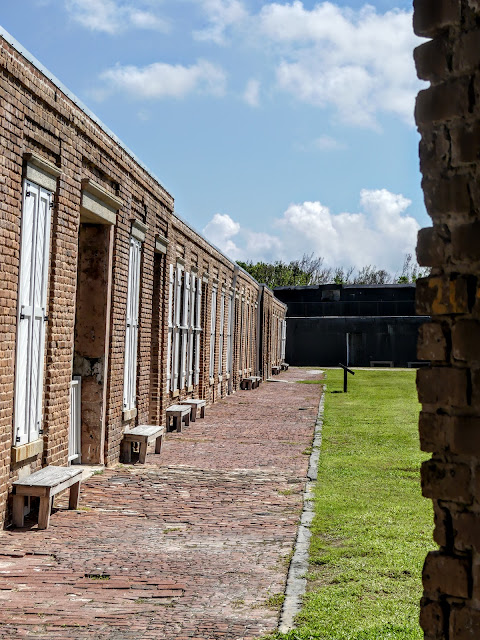 The views from the battlements are tremendous and it's odd to imagine how far out in the water the fort was located originally. It was an island approached by a wooden causeway but slowly the dredged materials from the harbor were thrown up around it and now it is set inland surrounded by a moat. 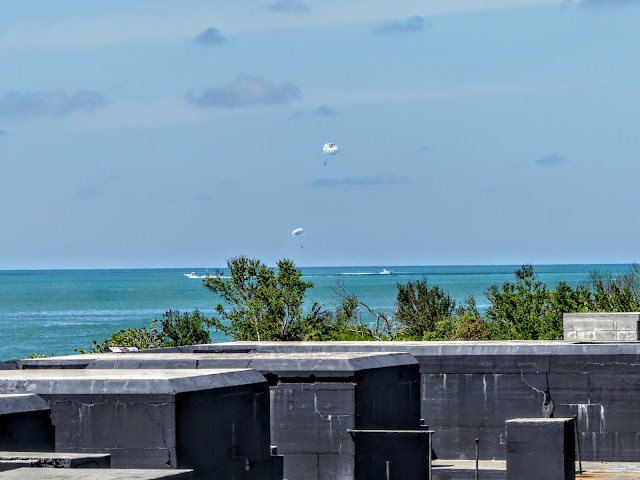 Captain James Brannan in charge of an artillery company in Key West in 1860 is held responsible for keeping Key West in the Union by stealthily marching to the fort in the night and securing it for the government. Thus despite huge pro-Confederacy sentiment among city leaders Key West stayed in the Union and was a very useful blockading harbor for the Federal Navy. There is a great description of those perilous times here: LINK 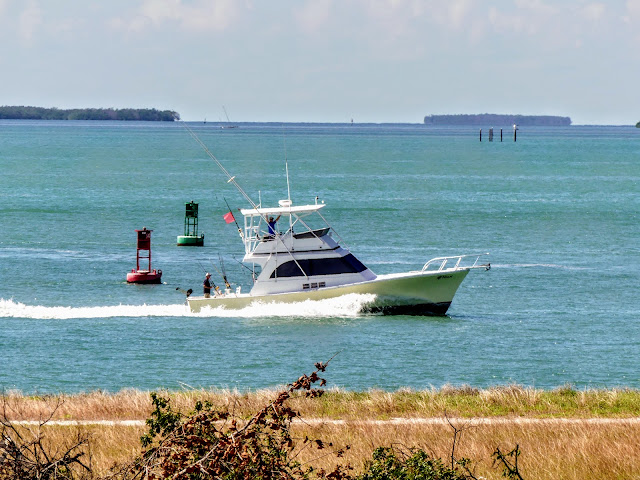 In the end the fort never fired a shot in anger just like the larger but similar Fort Jefferson 70 miles to the west in the Dry Tortugas which became better known as a Federal military prison filled with yellow fever. 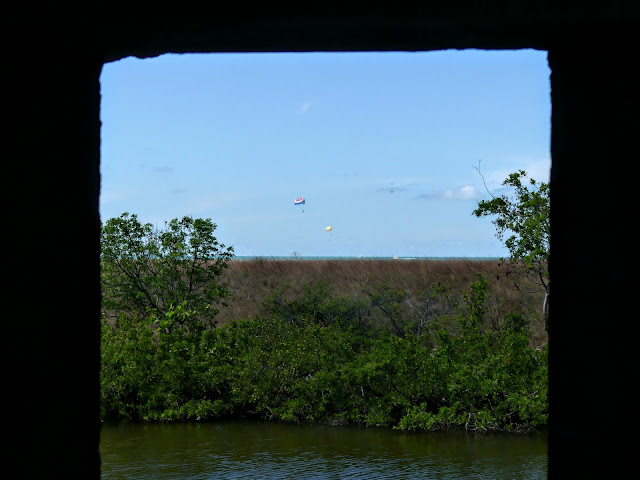 Fort Zachary was dug out of obscurity in the mid 20th century by a Navy employee and native of Key West called Howard England after whom the approach road is named. The path to and from the fort itself got a bit of a haircut but the trees are still there: 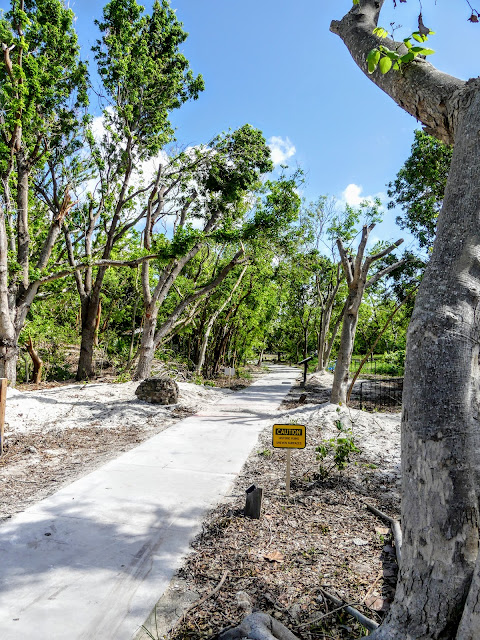 More suitable I suppose than the controversial president who got the bigger prize of the fort being named for him! 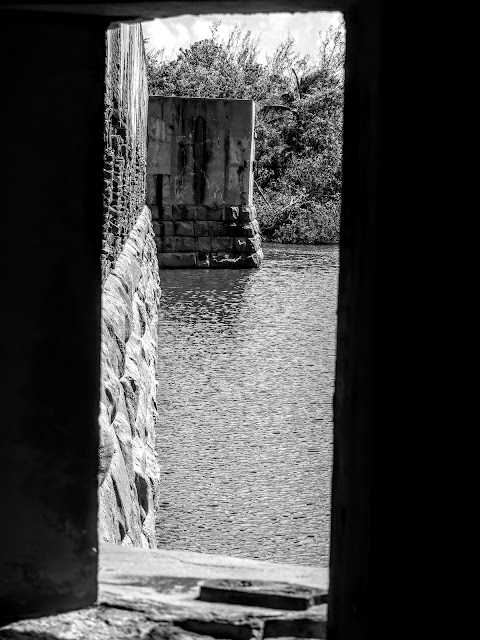 It's well worth a walk especially if you feel like laying around with your camera. 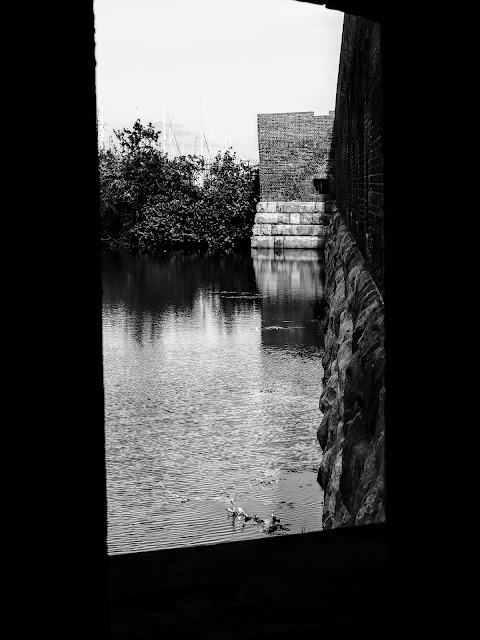 I wanted something more interesting to pop out of my lense but this is what I got, pretty much what you might expect from this location. 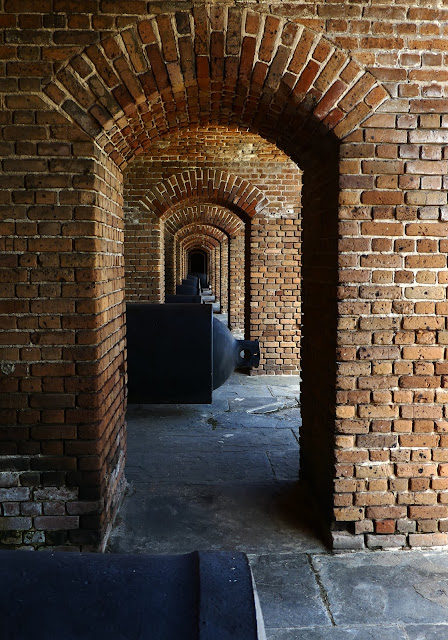 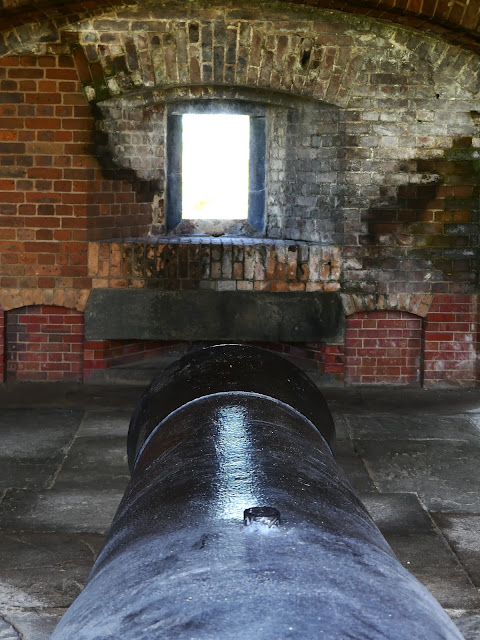 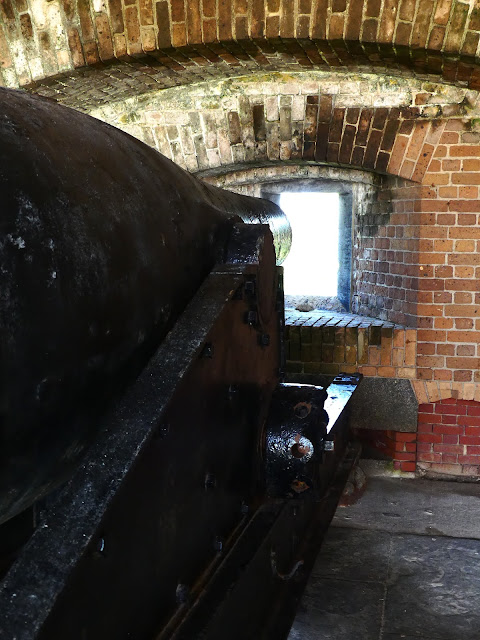 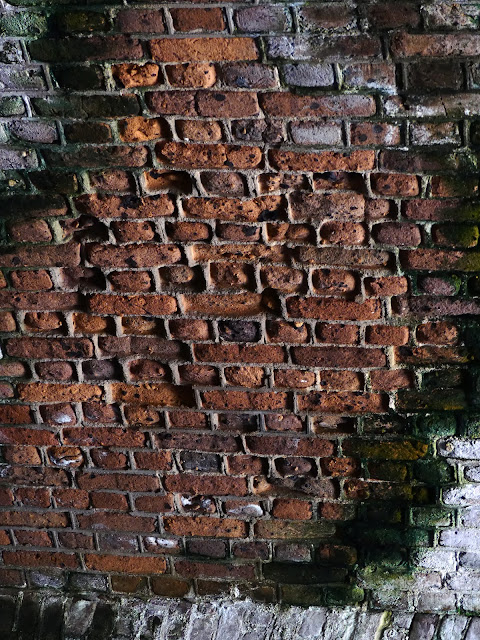 I tootled out to the beach area and found half the pine grove is open to visitors while the other half isn't: 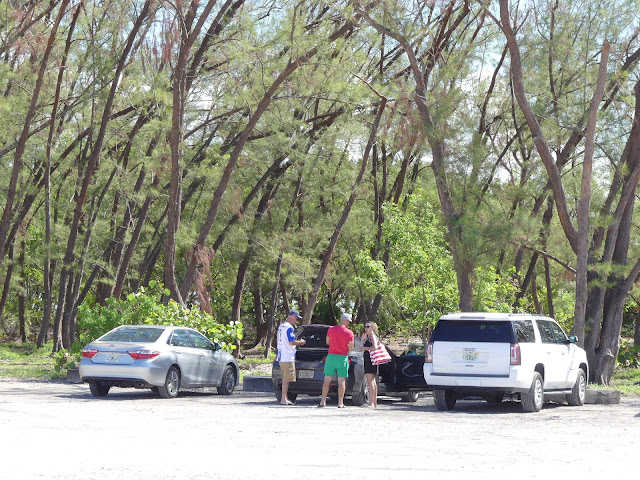 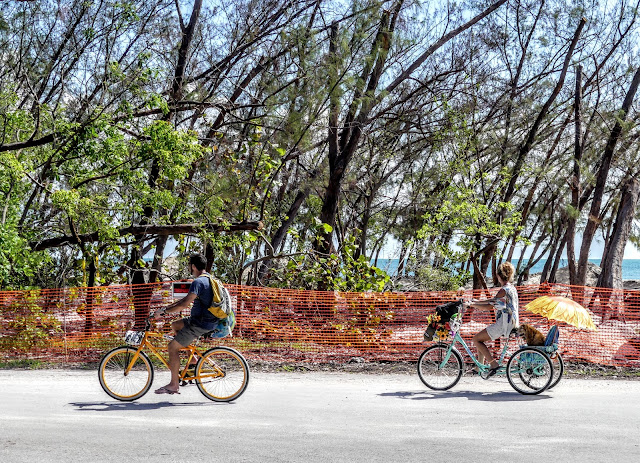 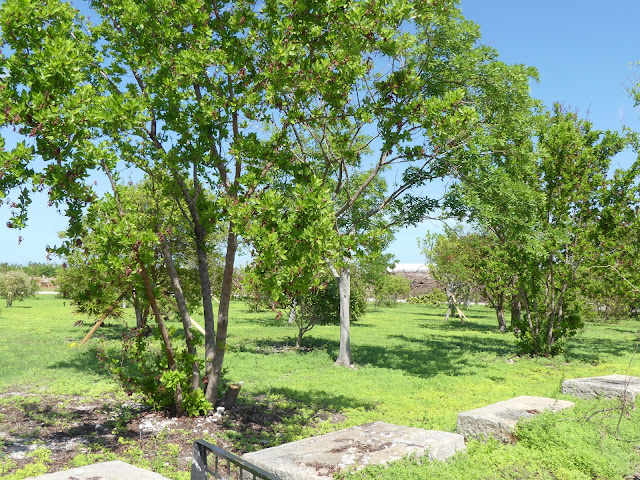 Hurricane recovery takes time and patience.
Posted by Conchscooter at 12:00 AM 2 comments: