I pulled in to the Shell station to get gas for my car. One of my quirks is that I don't like to stand around at the pumps very long so as soon as the needle shows a quarter empty I start thinking about filling up. By the time it's floating near half I am very ready to get more gas. I love using a credit card, standing at the pump, no human interaction required...So when I pulled into the Big Pine Key Shell and the gray haired doofus pictured below stepped around from his truck on the other side of the island and snagged my pump with a fuel jug in hand. I just thought evil thoughts, got back in my Ford and backed up to the empty pump behind me. I pumped four gallons into the Fusion in less time than it takes to tell while the jerk with the fuel jug was unable to get his pump, which had been mine, to pump. He looked at me seeking sympathy but I sent the Cuban shithead mean spririted vibes while thanking the Gods for screwing up his day while I pulled out withy. Full tank of gas. Last I saw the jerk's side kick and one of the staff were still trying to get gas into his cursed jug. Served him right. Grr.... 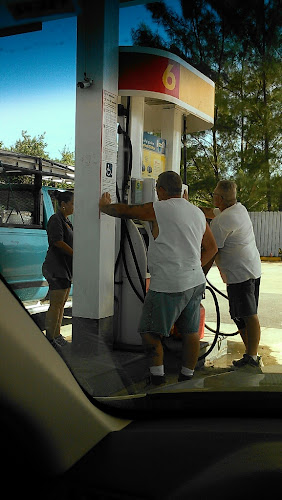 Well golly, I was in a bad mood wasn't I? I blame all the extra work and time spent talking to drunks on the 911 phones but there really was no excuse for me to be so bitter about a minor lapse of manners on a stranger's part. I had better things to do than bottle up frustration. I took my dog for her overdue amble. She didn't care about the stupid non drama at the pumps. I should have taken my cue from her, so I did. 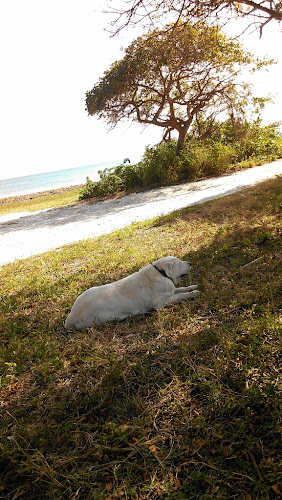 Above Cheyenne, below me with a new hair cut. I get my hair chopped every three months or so when it gets too long and tangled for comfort. Then I start again and let the stuff grow as it wants. I was not actually grumpy at this stage, just squinting. 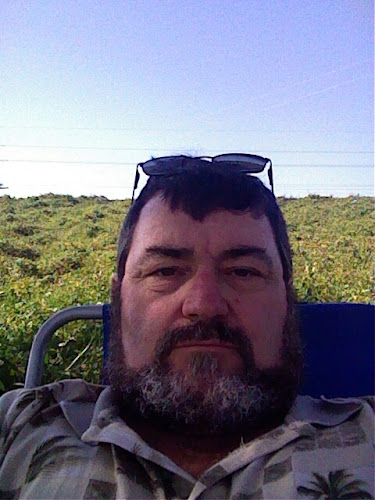 It was a lovely day to be hanging out reading and petting one s dog - with a full tank of gas. The best part of this place on West Summerland Key is that even if people show up here there is no sandy beach to induce them to stay. Sometimes some anglers or kayakers stop off but usually even in winter Cheyenne and I have the place to ourselves. 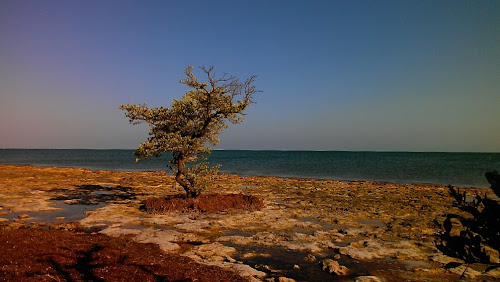 There are no facilities so when I had to lurk in the bushes for a minute I figured if I took a picture I had some cover as it were. There are moments when you wish you lived in France or Italy where peeing by the side of the road is considered a fact of life. For men at any rate. The relief was inspiring but the picture was not. 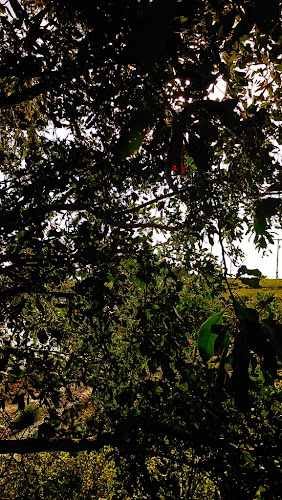 When all was in order we took off for a stroll. First we checked the graffiti in the old pump station near the water's edge. 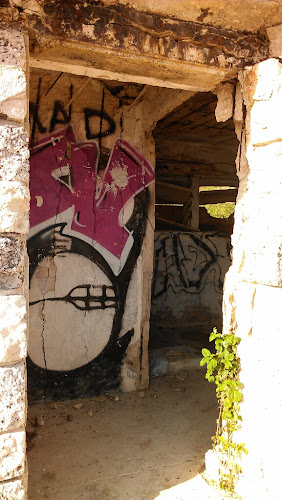 Then I inspected the remains of the 1942 water pipe that the Navy installed to bring 20th century reliable water to the military base in Key West. That pipe was replaced by a larger model in 1982 running alongside the new road bed. It's days like these that help dissipate agitation, watching your dog have a good time exploring. 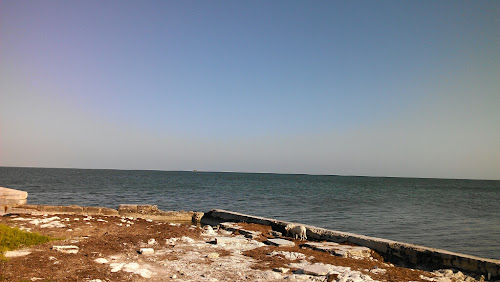 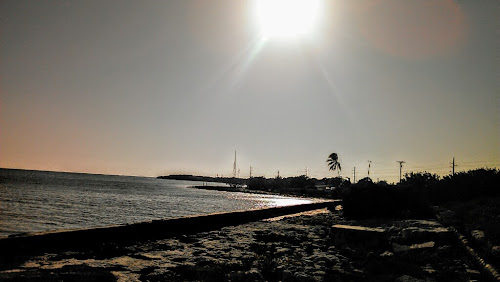 We climbed to the top of the artificial hill where Flagler's engineers built up the railroad bed to get the train onto the Bahia Honda bridge in 1912. In 1938 the State of Florida bought the railroad right of way and turned it into a road. The sort of public work that would never get funded today... 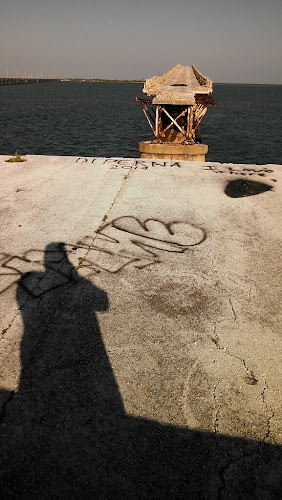 The old bridge is rather the worse for wear. The state park at the other end has turned it into a pedestrian area that overlooks Bahia Honda, and is well worth a visit. 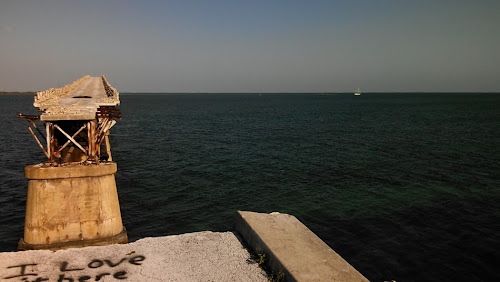 Cheyenne wanted to lay down and enjoy the cool afternoon... 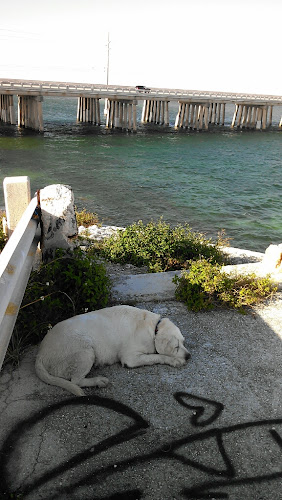 ...so I obliged and laid down next to her, propping up my feet for added comfort. 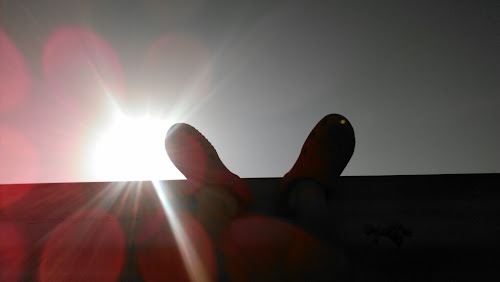 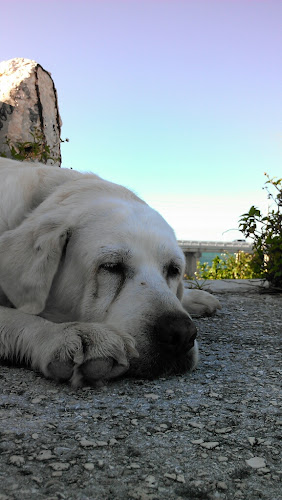 It was an altogether pleasant afternoon. 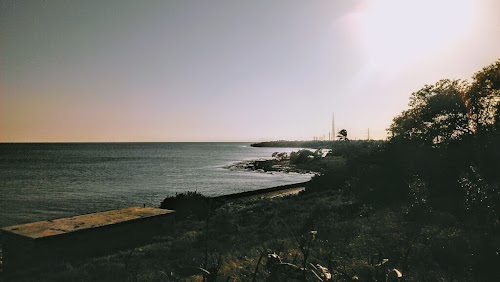