I thought this photograph sums up best of all our middle class fears of ending up on an American street. We look at those we step over and prefer not to imagine that we too might end up in their situation. Social mobility works both ways in freedom loving America. 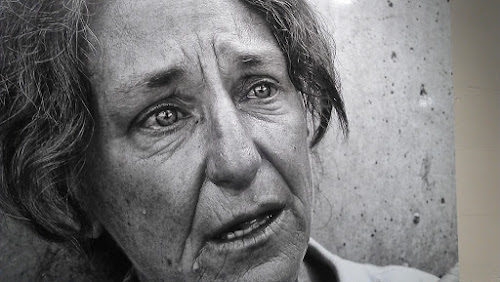 The Studios of Key West on White Street is holding an exhibit on the homeless of Key West through December 14th, with two dozen large black and white pictures of the subjects themselves, taken by one Sheelman for the creator of the exhibit Erika Biddle according to the TSKW website. 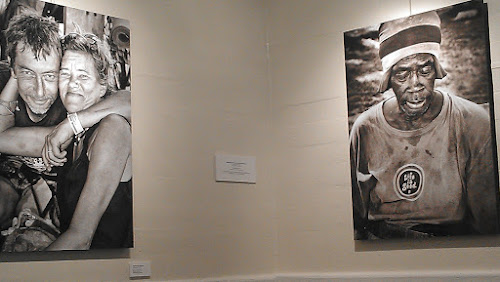 The irony of the stupid "life is good" product logo on the tired old guy's shirt is allowed to speak for itself but the images in the exhibit are powerful such that they all speak for themselves. Which is just as well as most of them have no identifiers except the name of the photographer and the name of the homeless person photographed. Around the exhibition we can find words scattered, a lengthy autobiography of the "How I Got Into This Mess" variety, but there were no biographies attached to the majority of pictures. 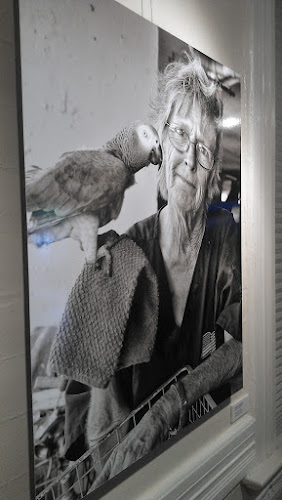 This work of poetry seems to apply to the woman above: 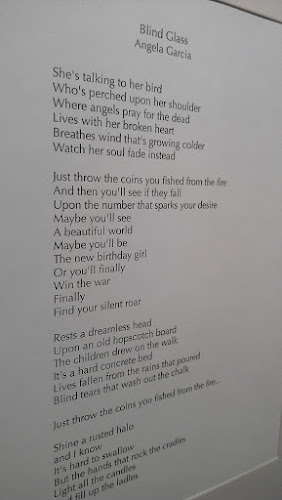 But these were pictures, unadorned. There is, for those haters of the homeless who believe living on the streets is the "lifestyle of choice" of the lazy, a certain common element of exhaustion and uneasiness I see in most of the faces, photogrhed with such care and attention. 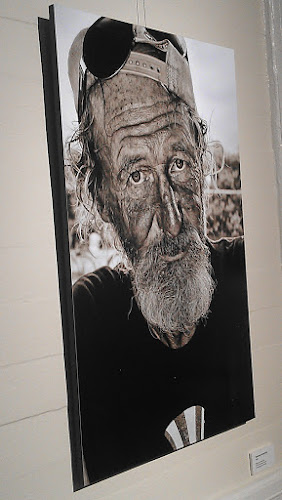 The dog got to me in this one. The cruelty of seeing children living homeless is matched for me by the cruelty of the incessant regulations and limitations placed upon dog owners by their would be helpers who seek at all costs to separate street people from a reliable and loving friend in a world that prefers to treat street people as nuisances at best. Take a dog to a shelter? Hell no! 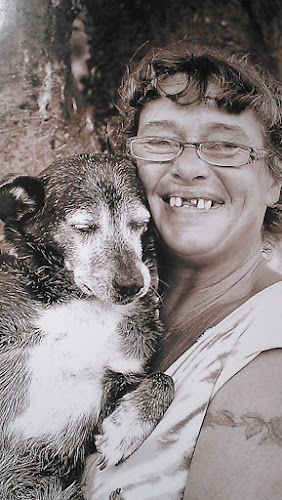 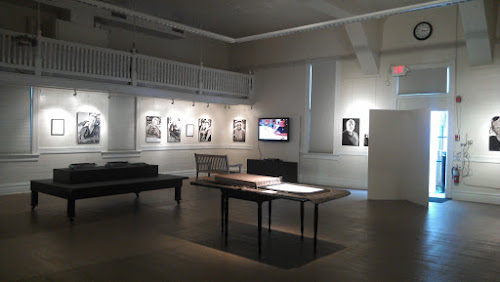 The exhibit includes a video loop presented by the Florida Keys Outreach Coalition which does a pretty decent job of advertising their success in helping turn around some of these lives lived on the street. The video can also be found on YouTube which should come as no surprise to we, the very models of modern electronic communicators. 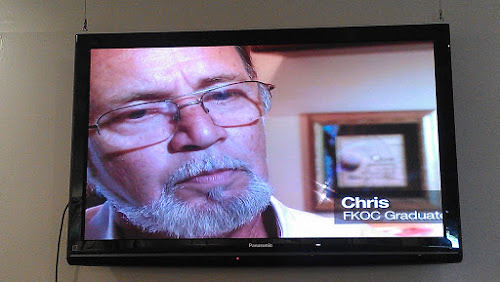 The exhibit also includes the odd life story, snatches of poetry as shown here and then of course the innocent who clearly express those fears I mentioned earlier, homelessness is a lifestyle open to all, and for most it is thrust upon them not by choice, especially among the young. 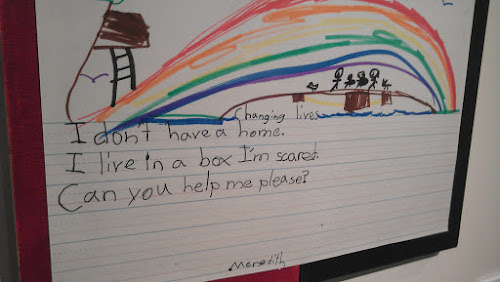 It's when you are forced to listen to the haters that you realize they have no clue how many street people are mental deficients, or impoverished single mothers and their children. The haters always act as though the street people who grovel around us are able bodied educated and able to work and are simply choosing a life of squalor out of sheer bloody minded perversity. "If they were made to work..." yes of course I reply, and "what about the children?" To which question the haters-of-the-homeless have no answer. 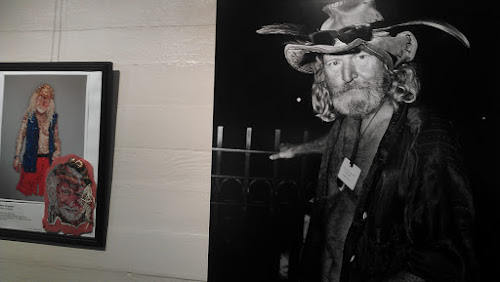 I mentioned the exhibit to a colleague and she shook her head vehemently with blank horror in her eyes. "I couldn't go," she said, "I would be too sad." Which might explain why I was alone in the exhibit when I visited. Hidden in Plain View is a good title for this public display of public indifference. The refreshing thing about the exhibit is that it seeks to place no blame nor offer any solutions to the homelessness issue. 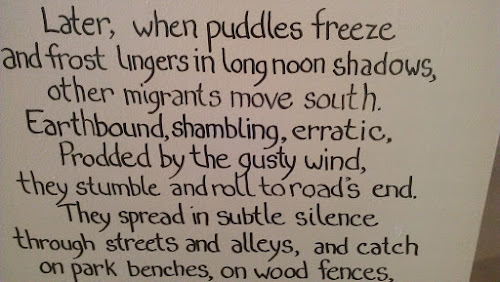 The homeless in Key West number in the hundreds, their winter population increasing in concert with the swelling population of conventionally housed visitors in the cold snowy months. It may come as a surprise but just as those with homes Up North like the mild winters down here, so do the hobos, the transient homeless, the "gentlemen of the road." solutions to homelessness in Key West are often framed as travel problems - give the bums a bus ticket Up North, as though the is a city somewhere in the US that might welcome Key West's human detritus. After Hurricane Wilma flooded the Lower Keys worthy citizens of the southernmost city wondered why we had to allow back the evacuated bums who were not welcome in Miami. The deal was they got bused to a temporary shelter and then got bused back. Just like people with homes. 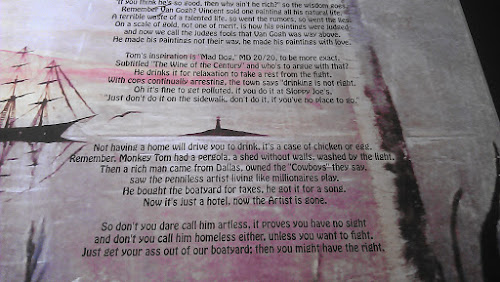 the poem above was written about a man who lived in a tiki hut, a shed without walls really, on the waterfront in Key West Bight. He lived on the margins in a boatyard serving the shrimpers who used to pack the harbor where modern pleasure boats now dock. The short version of the poem is It got developed and now they call it the Galleon. 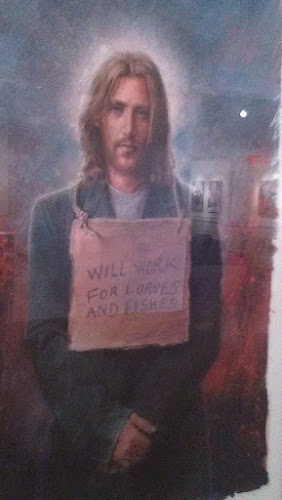 I used to find it odd that the homeless like their routines, hanging in the same places, seeking secuortychek in sameness much as housed people do. I had that romantic notion that being free of possessions might make one free of the encumbrances of those same possessions. Instead I learned to look and see the clutter that fills the average street peron's life. Collections of crap weigh them down just as crap weighs the rest of us down in our more expansive lives. It's just that you can look into the shopping cart of a homeless woman and wonder why she burdens herself with that garbage when she could be free of encumbrance. I guess I have come to accept that we all have a deep seated need to create security through stuff in our lives. 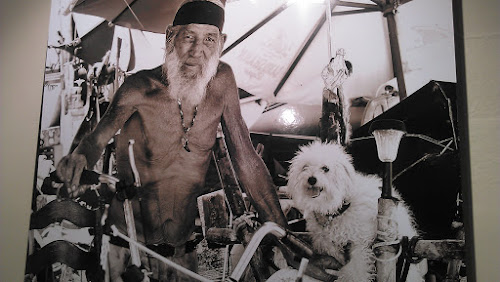 I knew I couldn't be a cop when I was out on a ride along as part of my dispatcher training and we came one night, across an old black woman bundled up, despite the summer heat in Bayview Park. Orders were to clear the park so in the headlights of the patrol car the old woman was roused off the bench, and ordered to move along. "Where do I go?" she asked. Away from here, was the answer, the neighbors are complaining. And off she shuffled. It was like kicking your grandmother off the porch as it were and I saw no purpose to it. 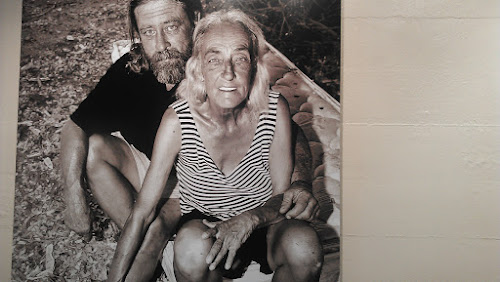 Like most people who living in housing I want some idea of how to separate the "deserving" homeless who ask for help, as opposed to the panhandlers who want to take advantage of our sense of guilt and fear of falling ourselves by the wayside. I don't know exactly if I have figured out the answer but I am grateful for theses pictures which bring,e face to face with the public issue of living on the streets. 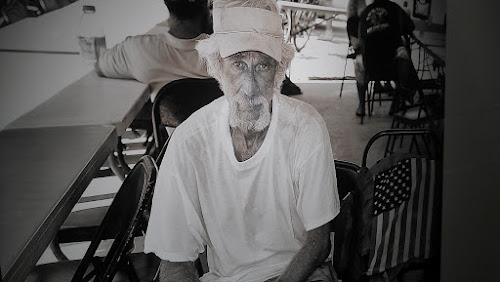 Key West does a lot for people on the streets offering fod and shelter and programs to help those who want to get back into the rat race of daily life. For myself the idea of living on the streets seems like the most boring existence imaginable, combined with total disdain from all our housed neighbors encountered every day. 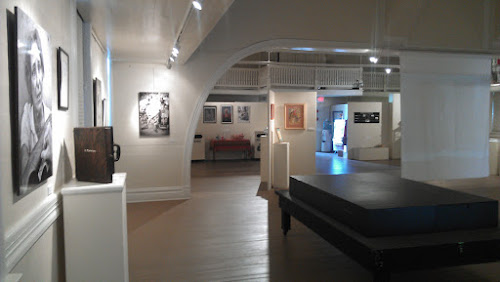 I know homelessness is going to get more widespread as the economy remains in the hands of people who think saving pennies by sending work overseas makes sense and thus deprive Americans of living wages and useful benefits. It's hard to remains self sufficient when the tools of sufficiency are taken away by employers. The solutions to homelessness it seems to me lie in properly paid work and commitment to work by employees while employers make their commitment to us the workers. In the meantime I look at these extraordinary pictures hanging on the walls of the Studios and wonder at what I see.