Greene Street dead ends into what used to be known as Key West Bight which is now officially known as the Ancient-Historic-Seaport-and-Tourist-Attraction-at-what-used-to-be-the-Key-West-Bight or some such nonsense. They studied the matter deeply and it seems calling something historic makes it more palatable. However having made the bight seem more attractive the city commission is now working to make it look more ugly. Weird. 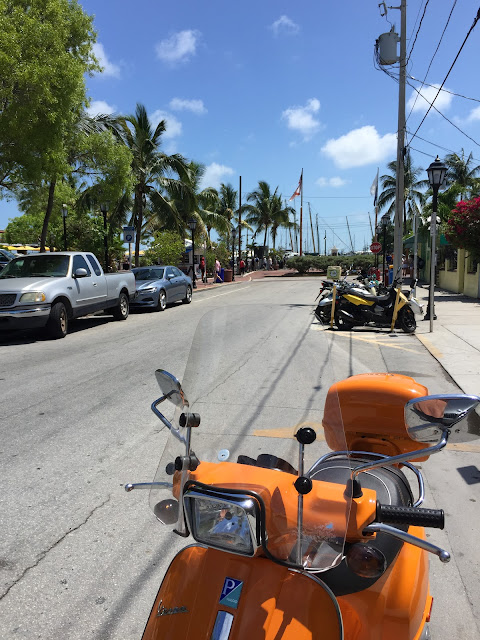 There is this open space that has sat here like his forever and a little umbrella at the entrance covers a man who sits and takes money to park. Not good enough said the people in charge who were going to pave the parking lot. However shoot first aim last was the decision making process and the city commission voted to pave the parking lot until they discovered, later, that paving would produce a mere fifteen spaces, as reported in the Key West Citizen. 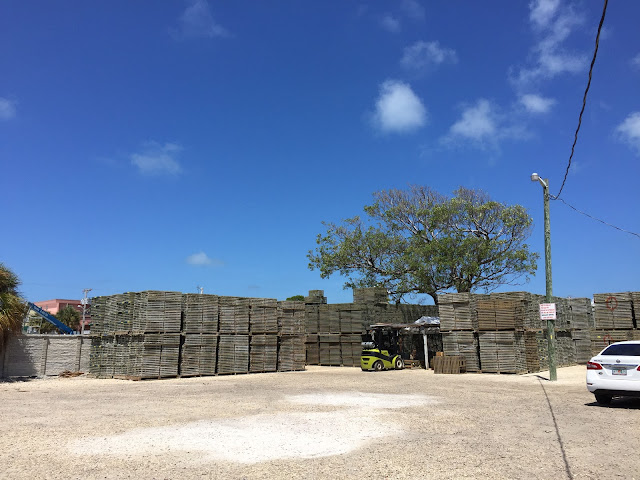 So, back to the drawing board they went and came up with a plan to spend several millions of dollars to build a parking garage on the site and create 300 spaces. It won't be ugly they said, it will be a work of art. And don't forget these new homes which are going to cost their new owners almost two million dollars, right next to the new parking garage it turns out...bet they like that. Sparks may well fly when the city commission meets to consider this plan. 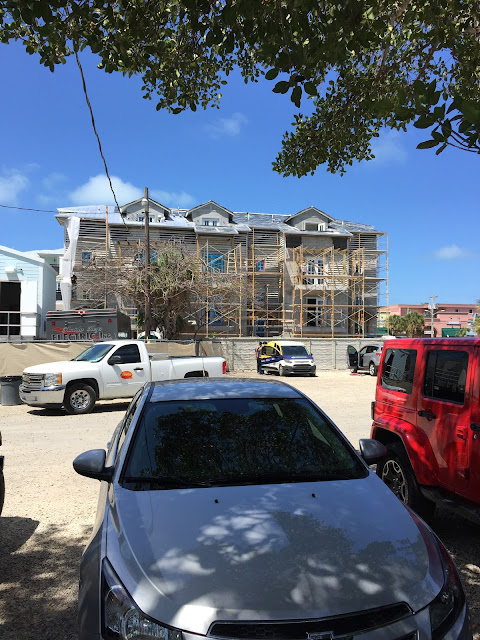 There is also talk of creating a garage at the Simonton Street fire station, shown here in a an old picture I took right after it was built and Cheyenne wanted to inspect  it: 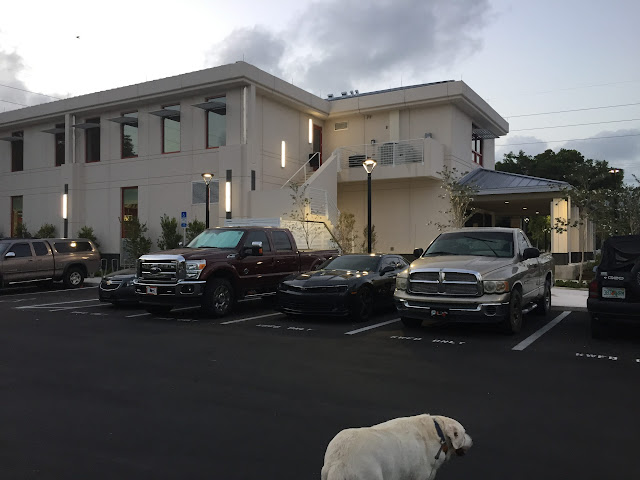 There was talk about building a multi story parking lot here but that plan faded away without anything being said. Now the talk is back. All in all this location seems like it would be much less controversial even though it is much further from the bars of Duval Street and in a world where walking is frowned upon I'm not sure visitors will be ready to walk six blocks to get a drink...

Meanwhile back at Greene Street the plans also call for taking down businesses currently living on the edges of the lot. Apparently storage for Conch Republic Seafood would be impacted as would refrigeration for commercial fishing operations and the long lived Reef Relief non profit. Squawks of protest naturally. 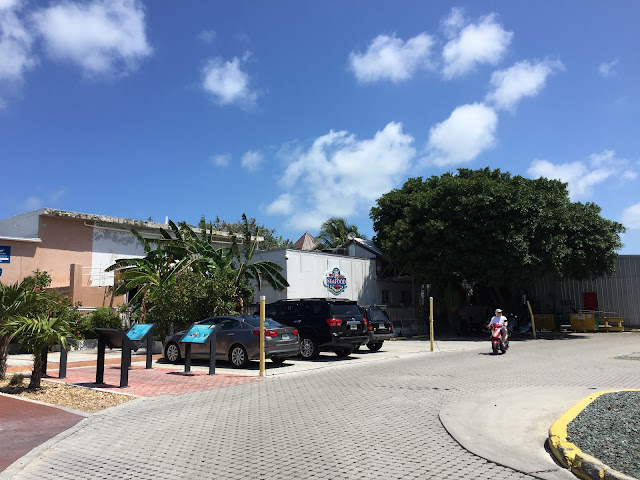 Its not terribly scenic but they do valuable work here, all of them. 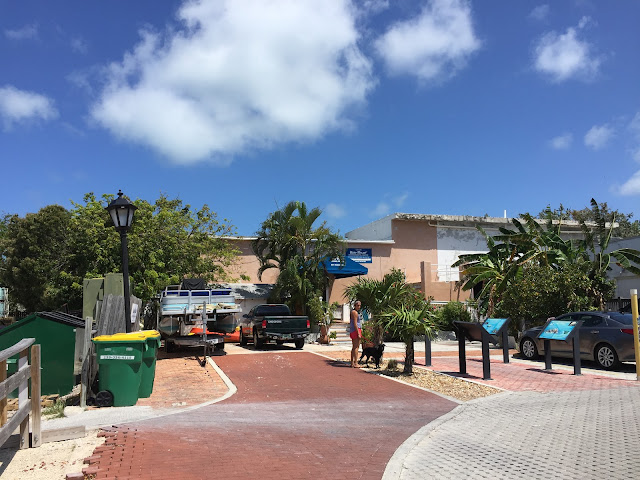 In the end this whole thing boils down to philosophy. No one wants a parking garage because they are ugly and take up space and are to a certain extent an admission of failure especially in a  town like Key West where walking and cycling and even scooter riding are viable alternatives. But the outcry or parking is an annual event, a winter sport when the town floods with people and their cars and everyone wants to park within half a block of their homes. 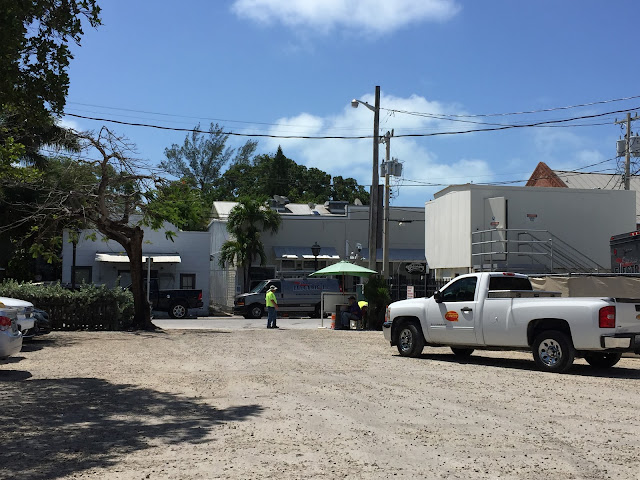 Parking lots, and the Conch Republic lot seen below is better than many, add very little to the urban landscape. call them a necessary evil sometimes masked by trees and flower beds. On the other hand if these garages aren't built... what happens to parking? 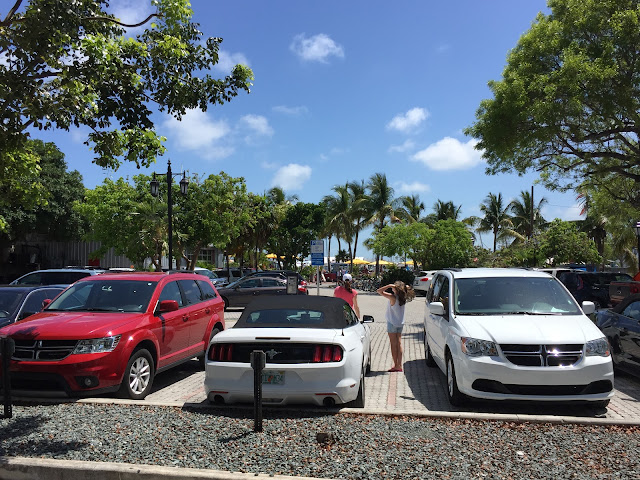 Key West does not have any kind of plan for the future. Parking is one issue that could use some 21st century vision involving say bike lanes, one way streets, public transit or something. It's the same mindset that nothing needs to change that is revealed by the total absence of solar energy in one of the sunniest spots in the nation. The new panels at city hall are saving the city substantial amounts of money each month but that news only brought more grumbling about putting them in the parking lot and not on the roof... 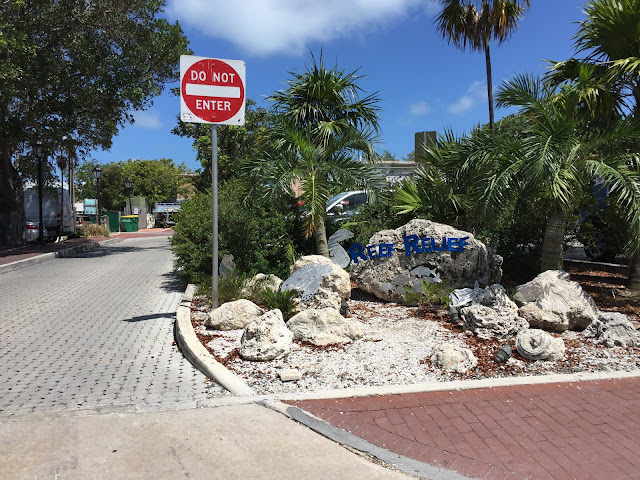 I frankly don't see any way around accommodating more cars.  I'd like to see more transit and I applaud the new free bus loop running up and down Southard and Fleming around Lower Duval which could be a great start. On the other hand I'd like to see Duval Street be a pedestrian zone with Whitehead and Simonton one way streets in opposite directions with bike lanes and urban beautification on all three streets. I saw Church Street in Burlington last summer and I have been annoying everyone with my envy of Vermont's forward looking politicians ever since... 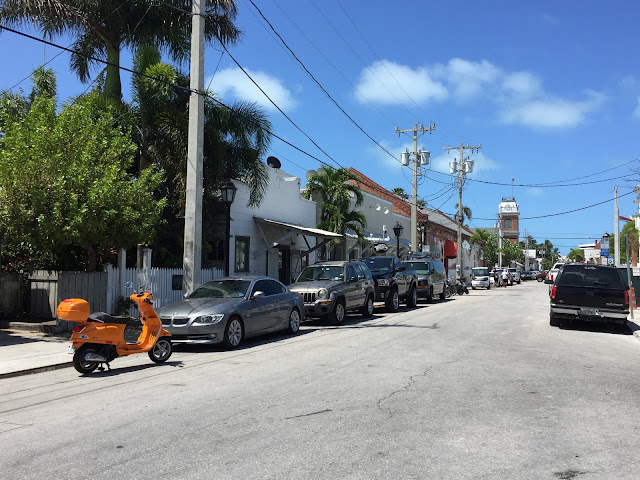 Compare Green Street above with Church Street below: 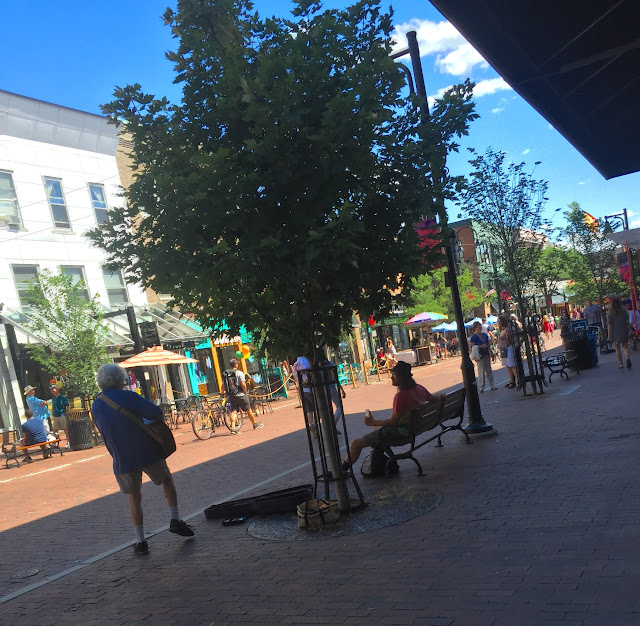 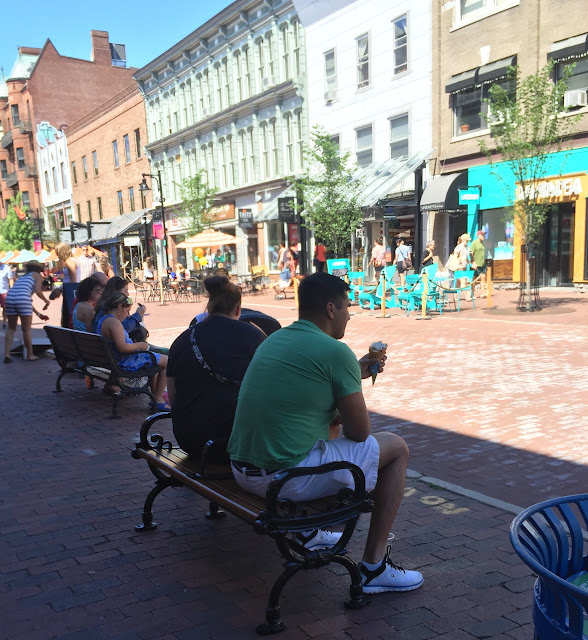 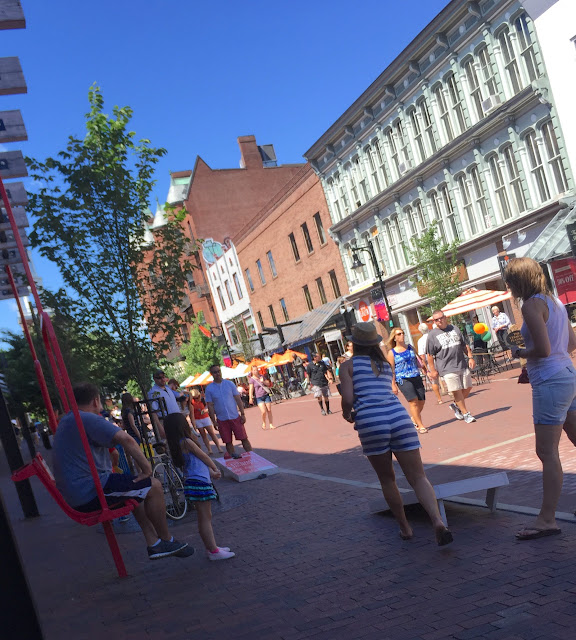 Rusty liked it too: Never going to happen in Key West I predict.
Posted by Conchscooter at 12:00 AM 2 comments: