The fields of agriculture of South Florida: 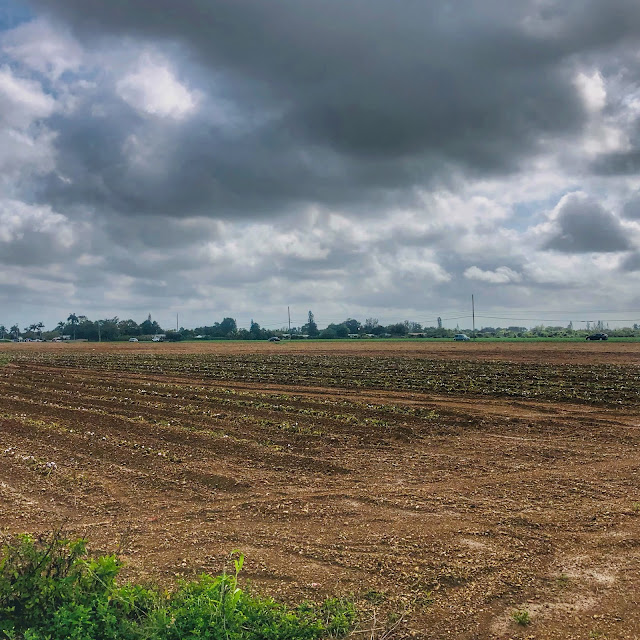 We drive through here when we leave the Keys on a road trip, and in the grand scheme of quick and easy tourism no one pays much attention to these fields. This is where people who tire of their dogs dump them; just ask Rusty who spent months surviving out here in the Redlands where the dirt is red. 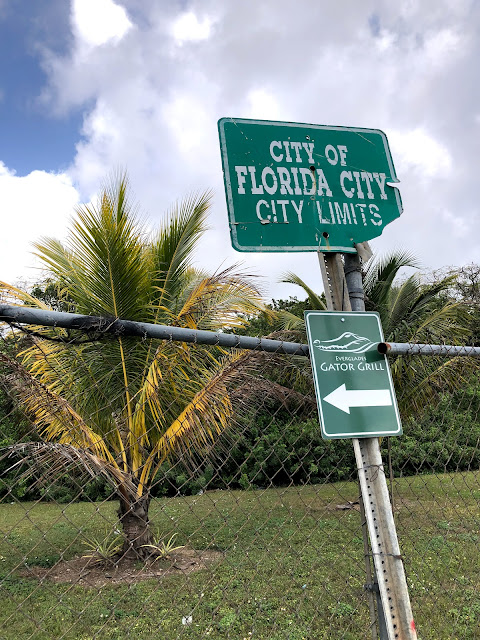 This is where we stop to pick up a fruit smoothie for lunch, soursop this time, a thick expensive ($9) a white creamy mixture of tropical sugar apple which I love and will eat any way its available. I discovered them in the market in St George's Grenada on a sailing trip thirty years ago and the fact that Robert offers them as a smoothie is another reason to live in the (sub) tropics. That big white cup on the counter is my custard apple lunch. 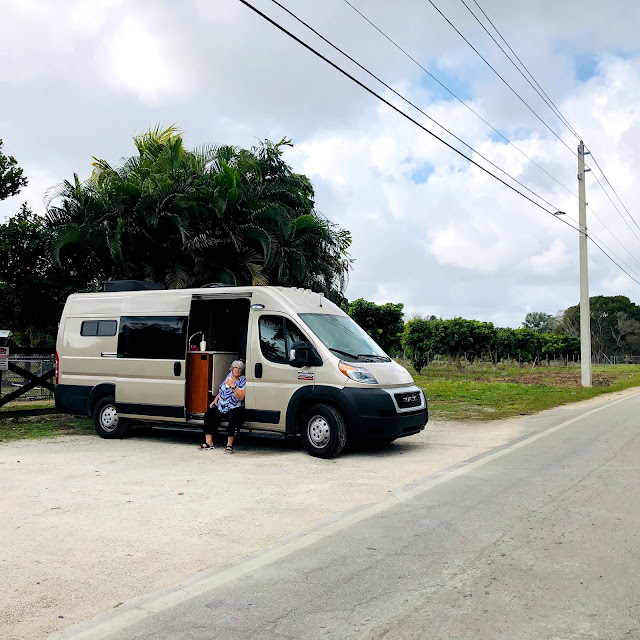 I saw an open space after riding Highway 27 from Homestead to Pahokee so we pulled over and Rusty went for a walk.  Sugar cane trucks were rumbling up the highway as it's that time of year. Your tax dollars at work, four billion dollars in Federal support each year. I read that the sugar in each candy bar costs you five cents in taxpayer support. The weird part to me is that instead of paying Caribbean islands to grow sugar the US imports islanders to work here in this horrendously tough work environment, pays for the sugar and stands by while the land is wrecked by agricultural runoff. Sugar cane depletes the soil and it takes tons of fertilizer to restore the soil and that fertilizer runs into the gulf and feeds algae that kill coral. If you get four billion dollars in subsidies you argue the narrative, but then you would wouldn't you? 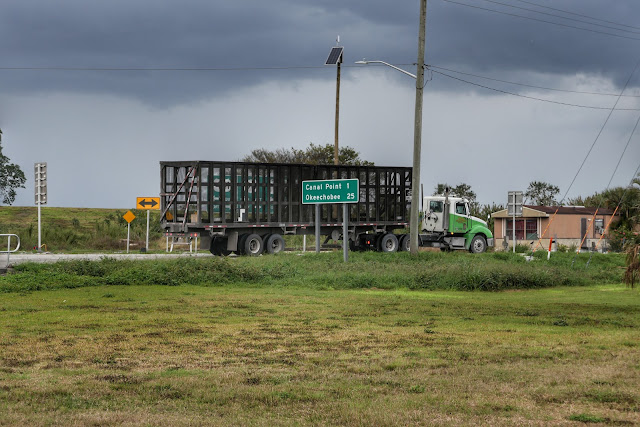 And the sugar industry doesn't turn manual laborers into wealthy families. Drive through Pahokee and check it out. This is the other palm Beach, the one you don't hear about. 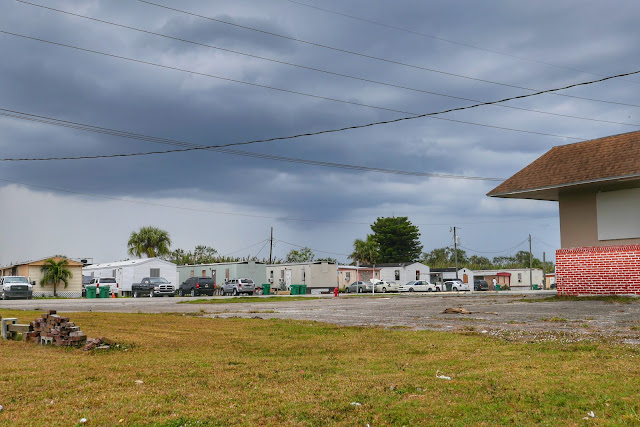 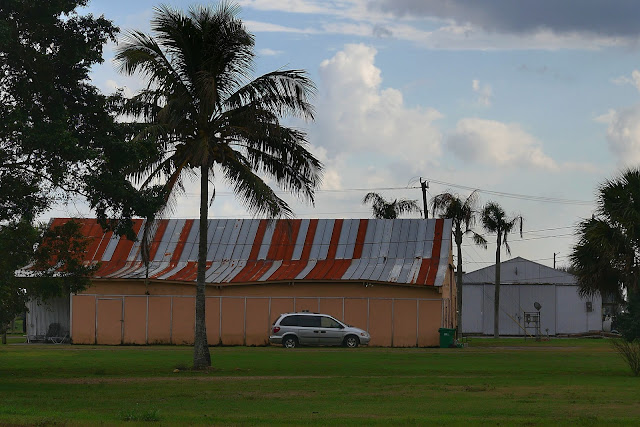 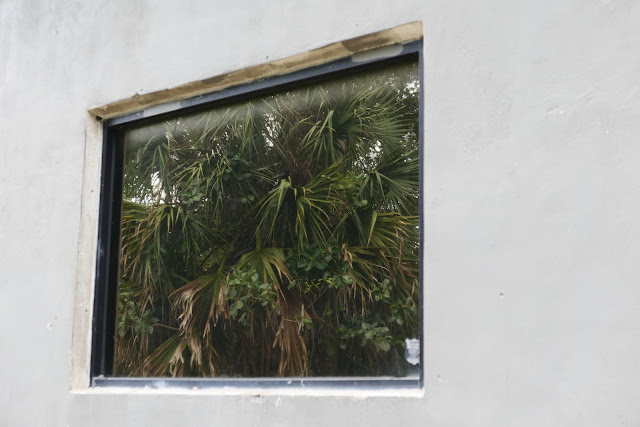 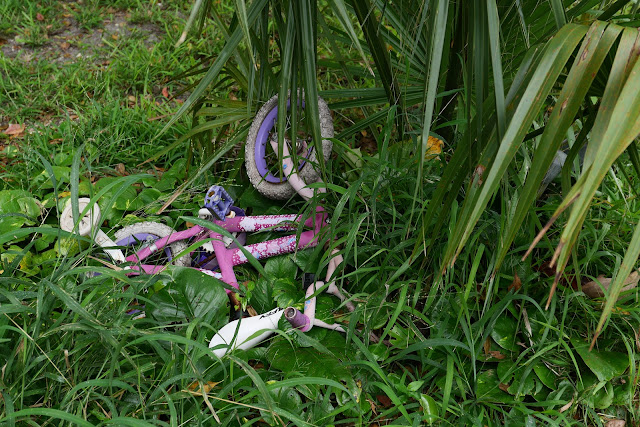 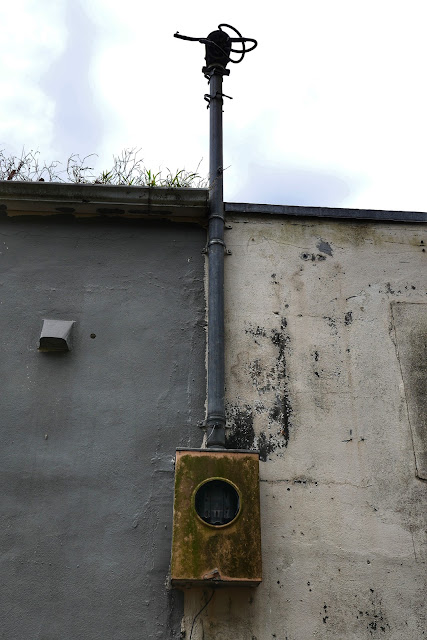 Rusty said it was time to move on and we don't argue with Rusty. 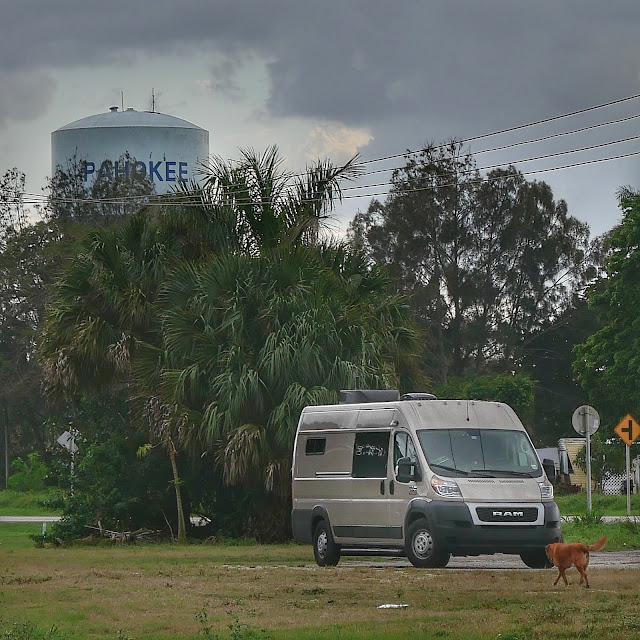