After 1800 performances on Broadway and stage settings all around the world plus movie versions, you'd think no one would line up anymore t see an old chestnut like Death Trap. You'd be wrong. My wife and I had a great evening out at the Waterfront Playhouse and we only had preview tickets. The show runs through May 18th and I was proud of my wife for organizing our outing ahead of closing night. 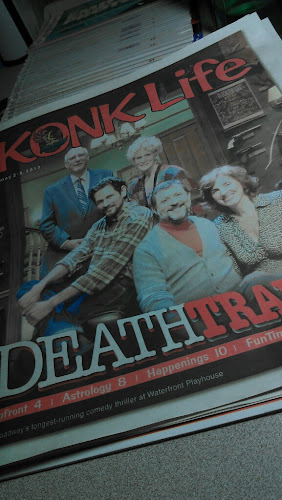 There are two theaters in Key West and we check them both out each winter. This year I have been surprised to see more dramas and fewer corny musical men in drag numbers which works for me. However I did manage to miss "The 39 Steps" which started out the Waterfront's season, and that has been a continuing source of regret for me. I'm told it was every bit as good and perhaps better than Death Trap. 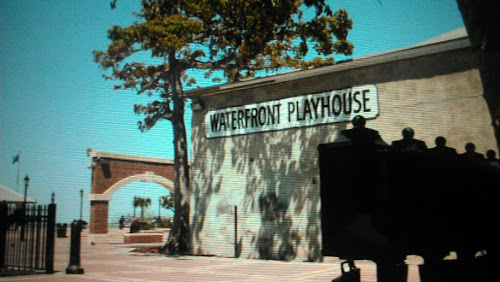 Death Trap has an extremely convoluted yet simple plot, witty dialogue which tends to include self mockery, irony and a fabulous ability to not take oneself too seriously. Yet the production took itself very seriously. The scary bits were genuinely scary and the shocks shocked as much as the gags made all of us in the audience break out in laughter. I had fun despite the gruesomely uncomfortable seats which do however give a nice view of the stage. The intimacy of the theater was enhanced by the wild storm that lashed the production with lightning and rolling thunder every it as realistic as a summer storm in the Keys. 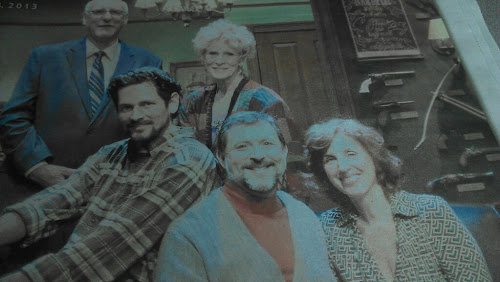 The production has got tons of press all positive of course and I'm glad. We won't get anymore live theater until summer runs its course and we have another season of snowbirds winter crowds and live theater next fall. 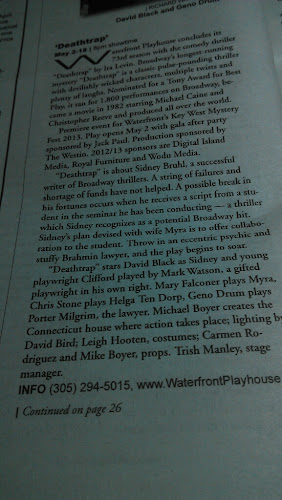 We got to see a few productions this year and I hope they keep up the emphasis on drama because these re plays worth lining up to see. 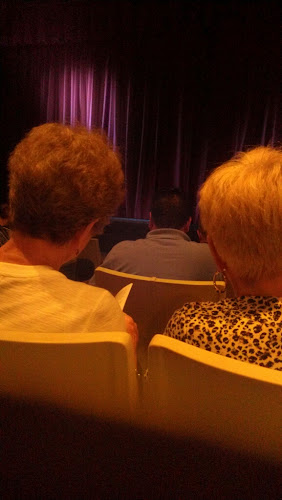 Who says Key West doesn't have seasons? Live theater season is worth waiting for.