The Keys are making it awfully easy to leave this year. It's not the weather which has been lovely, its not work which I don't have to deal with anymore, its just too peopley out there and I want to get my irritation off my chest by grumbling. The KOA on Sugarloaf Key got wrecked by Hurricane Irma, as did the trailer park near my home called Venture Out on Cudjoe Key, where Irma actually landed. Venture Out is long since back and fully functional while the KOA did me the personal favor of failing to get it together until just now. 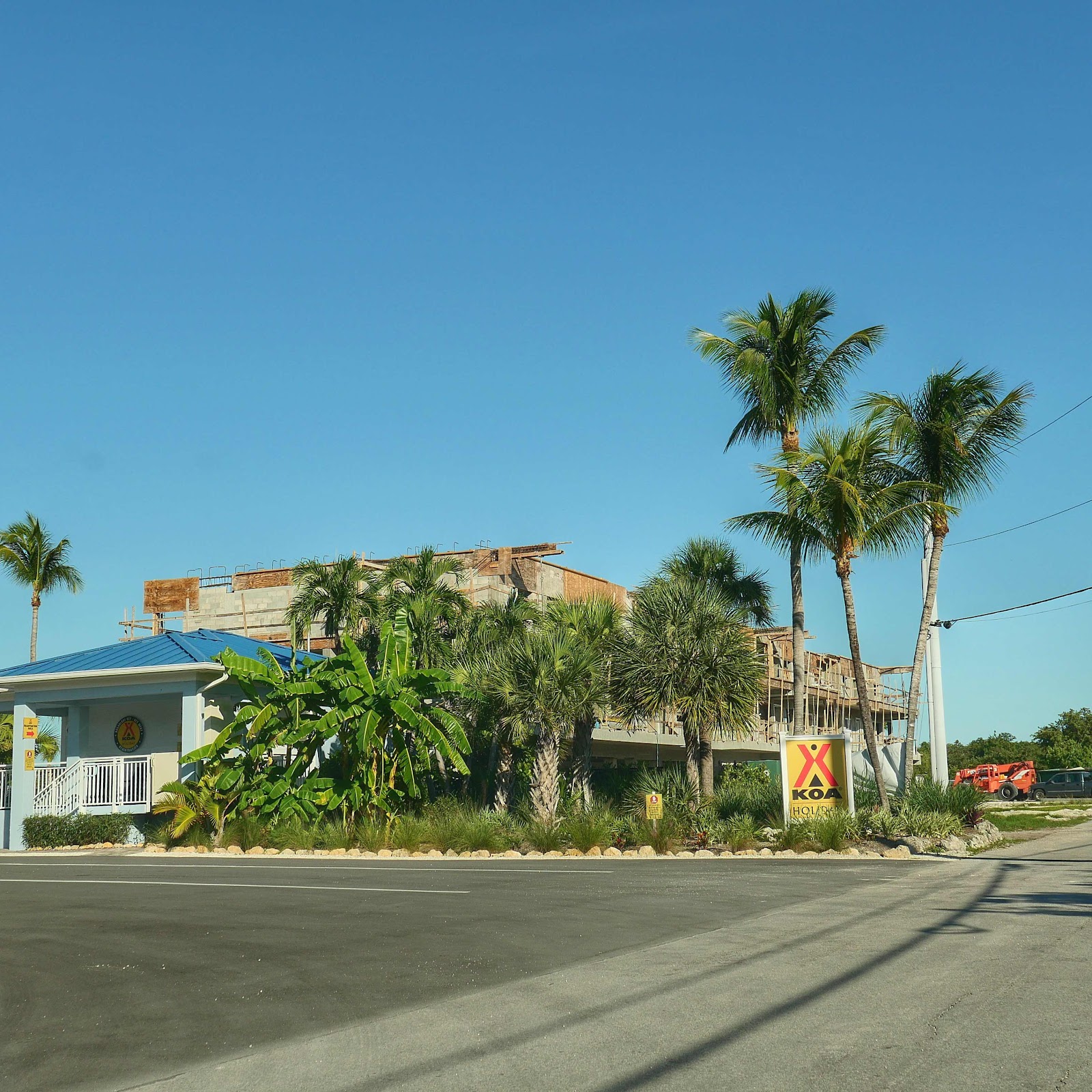 And of course Rusty and I minding our business now find the area around the KOA inhabited with walkers cyclists and people busy coming into the Keys and living "on island" in that pretentious phrase they use. It's October I groan plaintively to my long suffering wife, they aren't supposed to be here for another couple of months. There there she says and ignores me. 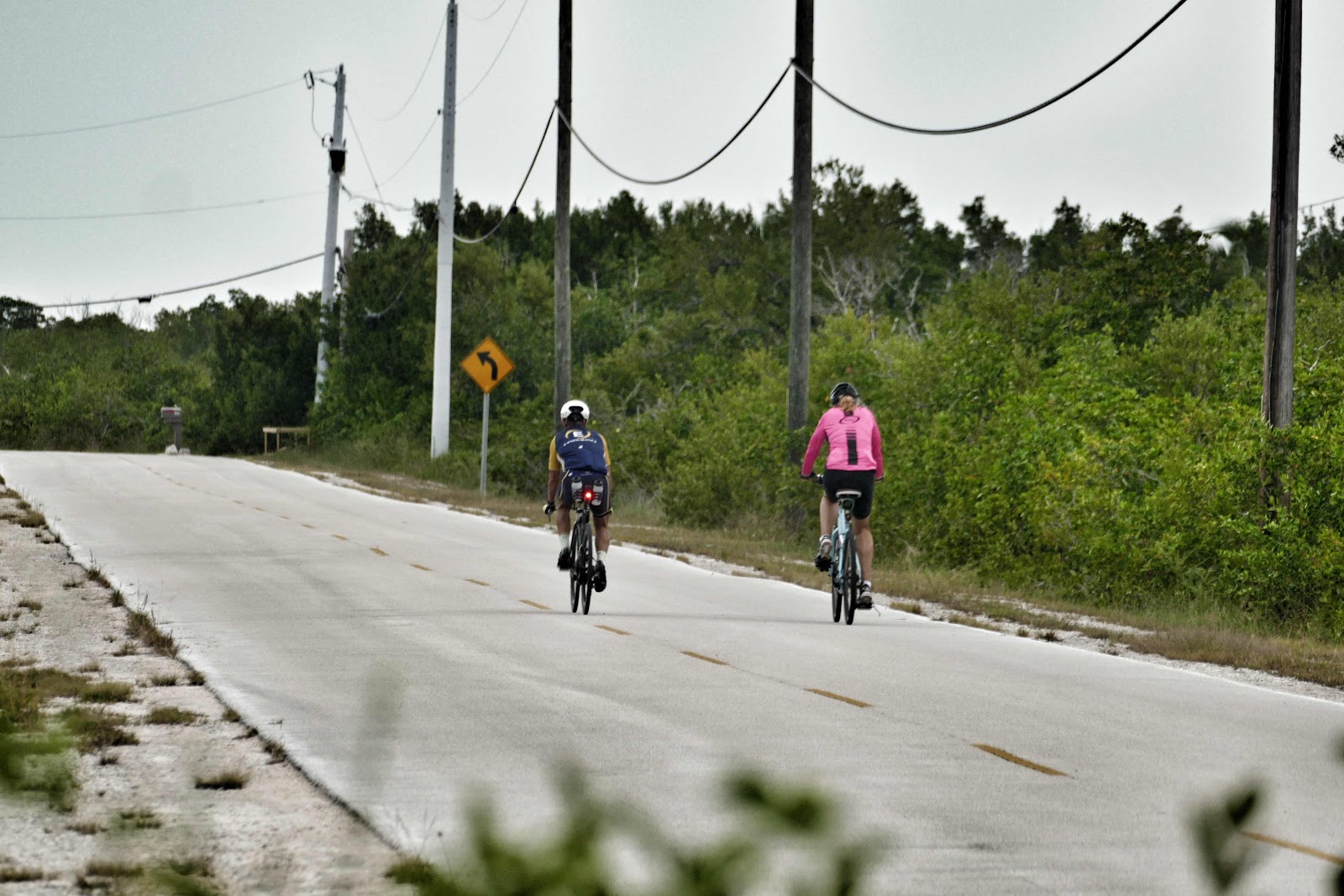 The ride hard in spandex and ignore bicycle paths where available and wonder why distracted drivers in Florida mow them down like ninepins. The great me with huge smiles and all the energy of a consultant on vacation, glad to be back on their islands. This is the early stages before they have to complain about everything. But lo and behold it dod eventually occur to me, the bear with a. very small brain, that I will no longer field endless winter complaints about parking, trash, drunks, sleepers, trespassers and urinators. Yay! There is that at least. I am retired. I want to be like the tortoise Rusty and I meet from time to time on this trail and s/he always pulls their head in quickly aggravated by intruders like us who have no business mucking up the tortoise way of life by walking the trail. 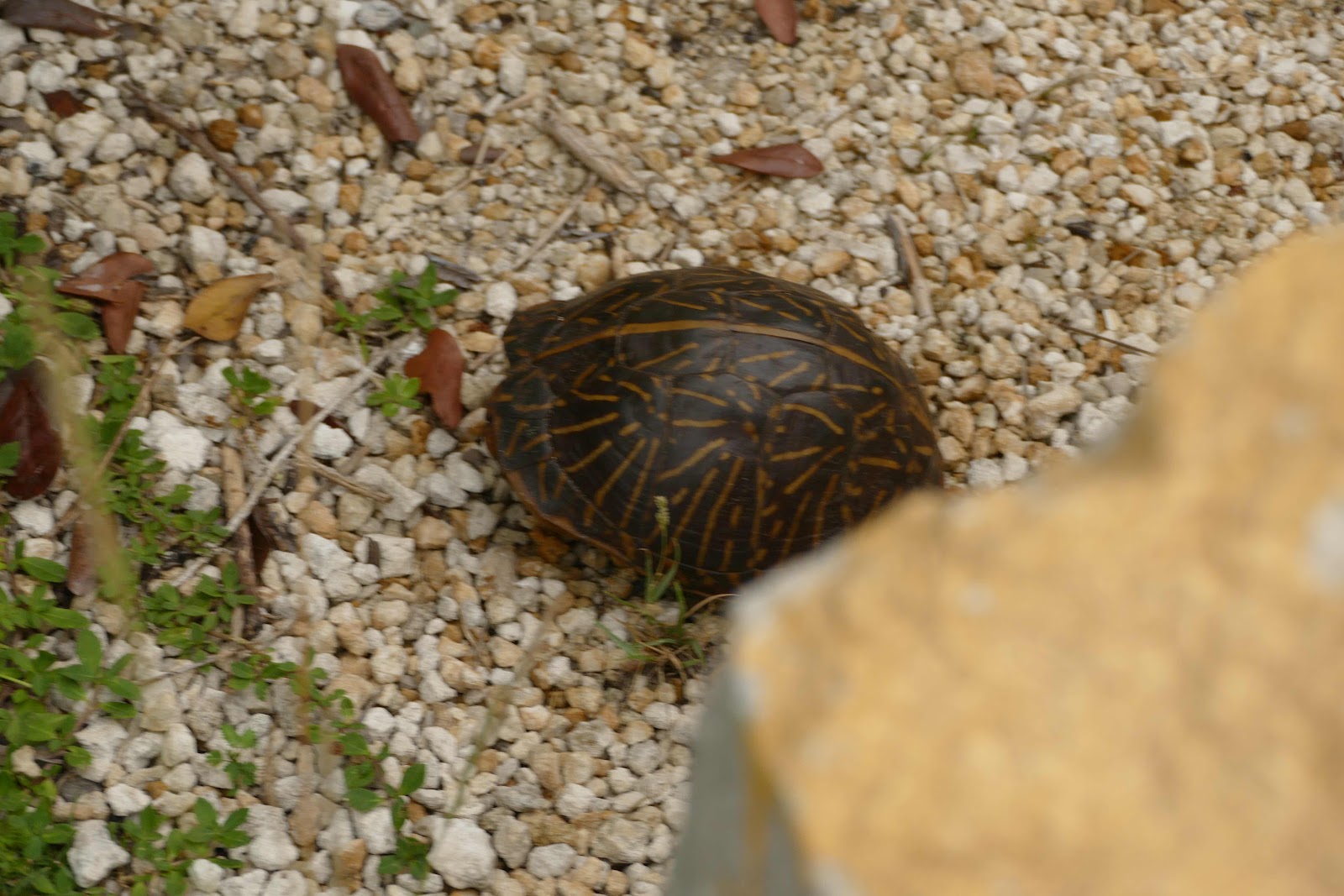 The power walkers were charming, with huge white grins and spandex breast plates fit to scare any Visigoth into submission. Your dog looks hot she said brightly, I looked at my toes and mumbled not as hot as summer (because I was here this summer I wanted to imply because I'm Mr Grouch Potato snotbag). 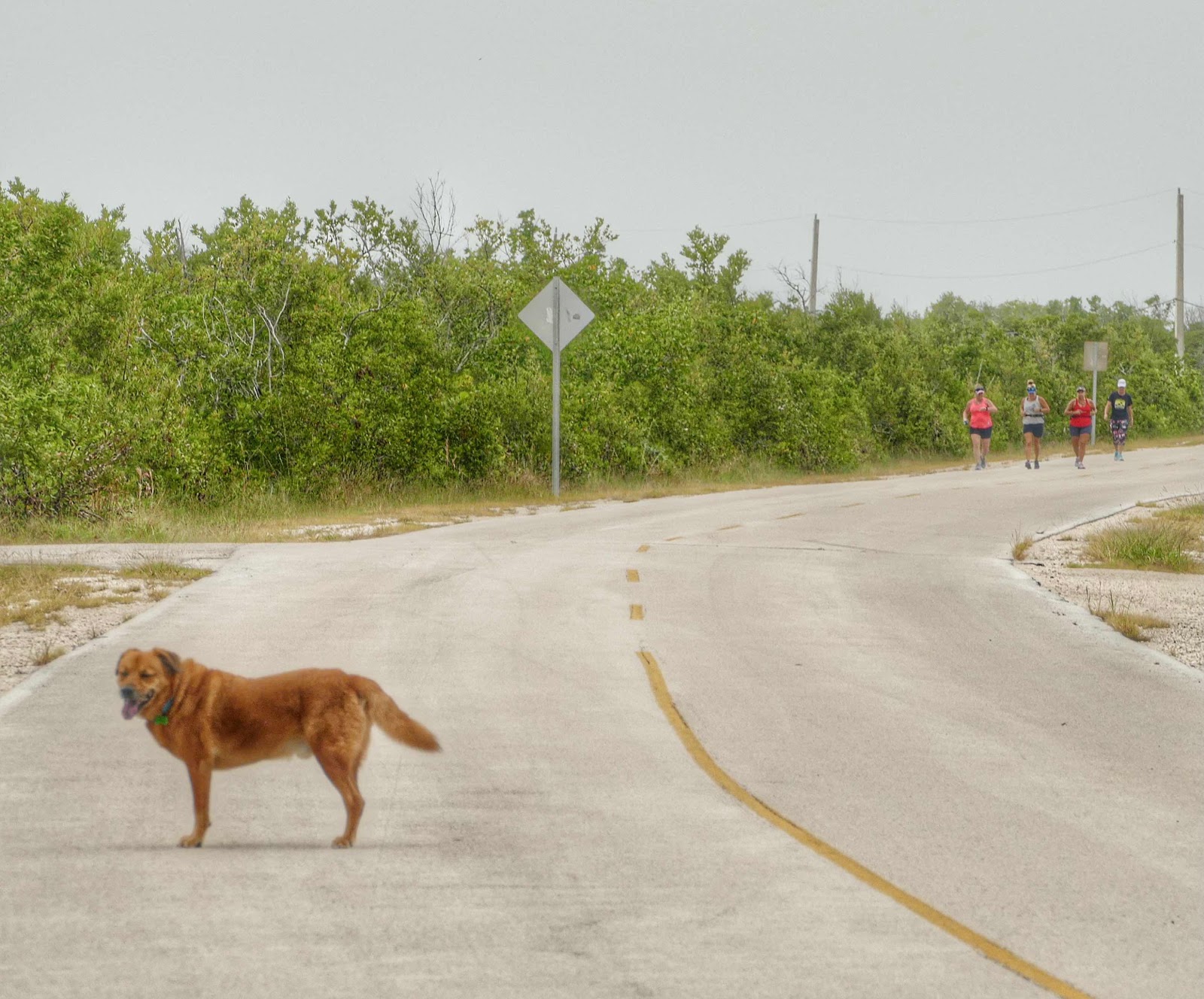 I know they are coming for the super spreader event called Fantasy Fest and they have years worth of suburban inhibition to throw off all in one week, but golly gee willikers I really did think we had a chance of getting our before the hordes. That plan has apparently been foiled. 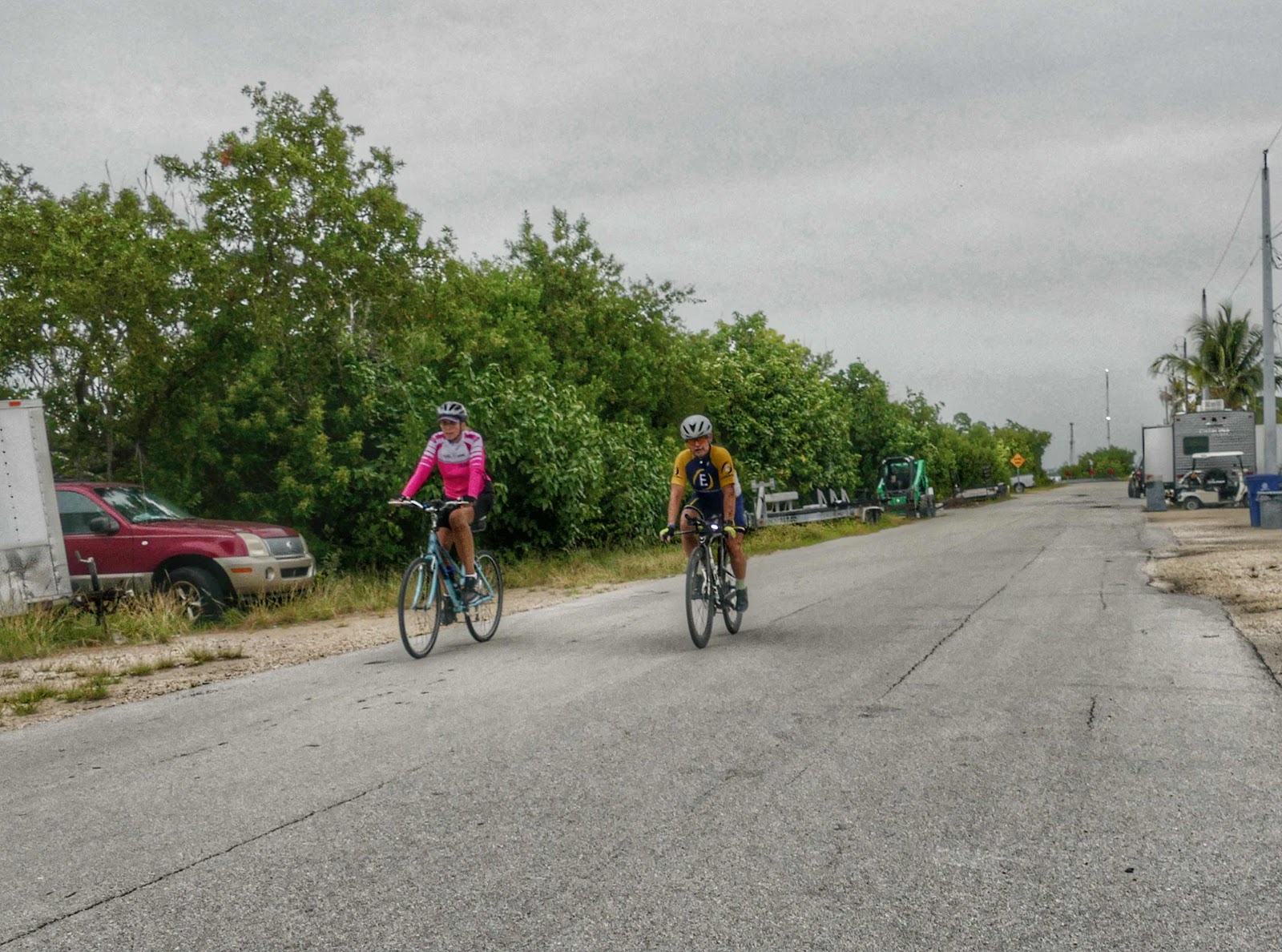 Summer at least if too hot for most to come in the noonday sun. Fall used to be reserved for Germans and French tourists and then there was nothing. Go back even further and Memorial Day to Labor Day was the empty quarter around here, oh blessed memory.  However now it is year round endless and long may it last. It feeds my pension fund. 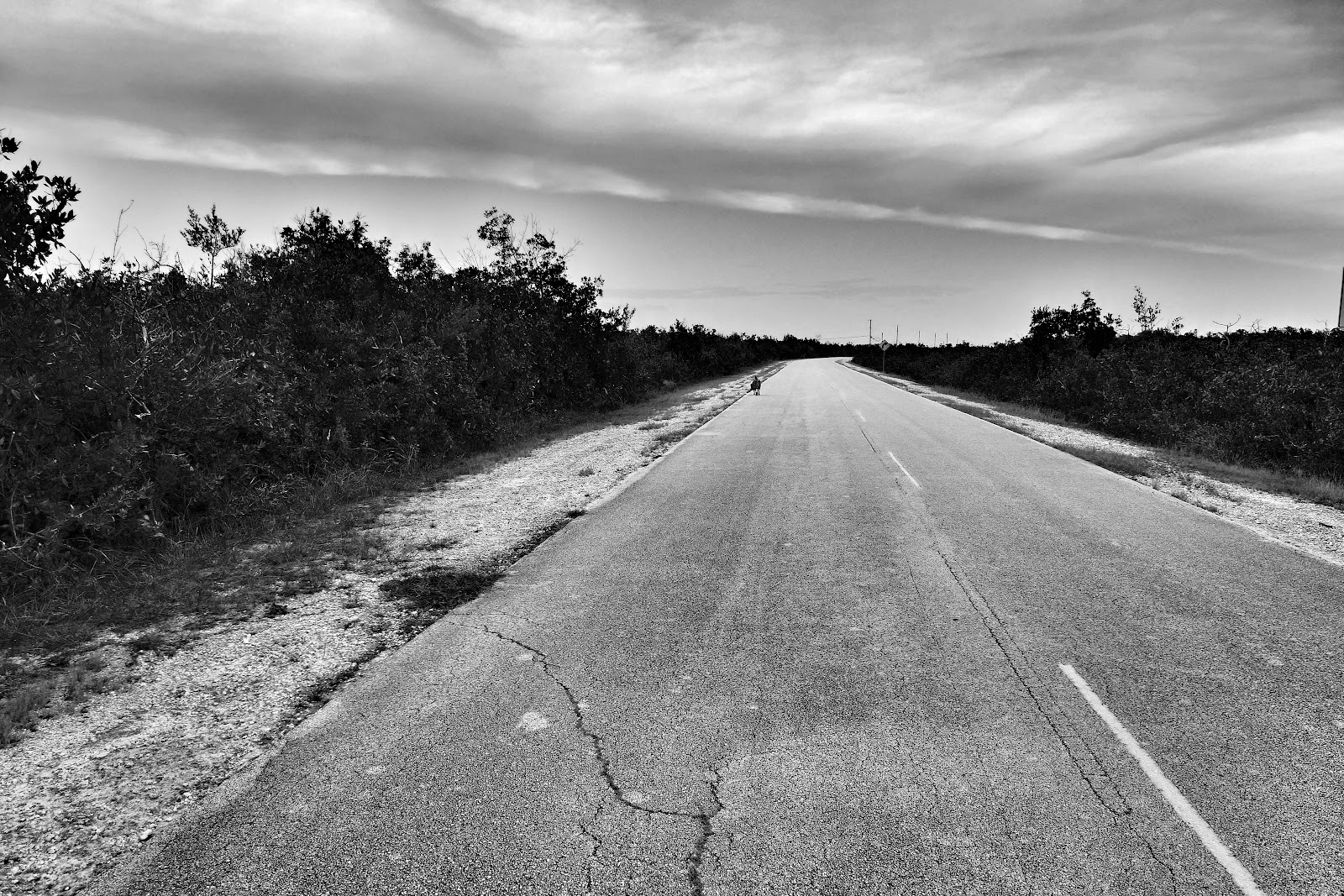