I don't think I would make a very good retailer, not least  because I just can't get that excited about consuming for the sake of consuming. Even with things I enjoy, take motorcycles, I can see the good and the bad, the benefits and drawbacks not only of different models but of the whole concept of riding a motorcycle as daily transportation. So any effort to make a sale would be tempered by my own sense of reality...which successful merchants seem not to worry about. BurgerFi exudes enthusiasm on its website about its plan to "change the way we think about a burger." They use "natural beef" which is good for us, and one hopes good for the animals though free range is not part of the enthusiasm for these new style burgers which are antibiotic-free, we are told. I'd like to think better burgers come from American animals grazed on open fields but maybe that is too much to ask for ten bucks. Maybe one day a veggie burger worth writing home about? These people seem like they could pull that off. 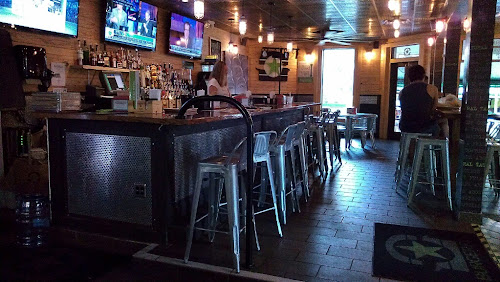 It was part of an evening out, Robert suggested BurgerFi, and it was a good suggestion. This place at 221 Duval has been well received and I can see why, after one visit. They have a welcoming dining room, the staff are cheerful and attentive and they offer lots of places to sit, upstairs, outside in back and outside in front where you can watch Duval Street walk by. We took seating at a table in the middle of the restaurant after we placed our various orders.﻿ 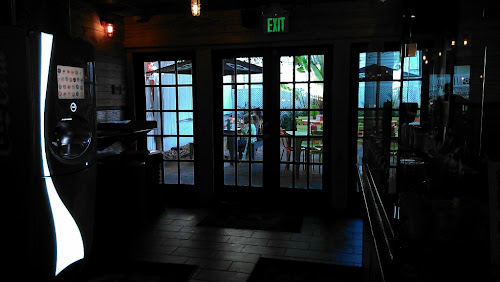 BurgerFi is just brimming with corporate enthusiasm as I found on their website, herewith a brief superlative-laced excerpt:  More than just great food, dining at BurgerFi® is a unique experience- one you can feel good about. Each BurgerFi® store is built according to environmentally sustainable best practices, and includes earth-friendly elements, like chairs that are made from recycled Coke bottles, tables made out of compressed recycled wood, and large fans that use 66% less electricity. BurgerFi® maintains a low carbon footprint, and maintains strict recycling programs for oil, cardboard, bottles and cans. The thing is, none of what they do requires compromise on the customer's part. The furniture is comfortable, the air is cool on a hot day and the Coke machine is a piece of 21st century wizardry that I am embarrassed to say I found entrancing. I knew right away what I wanted from the menu. 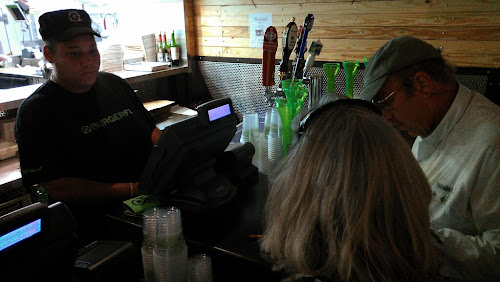 The coke fountain machine is apparently going to be seen everywhere but this is the first place I saw it and I forgot to take a close up picture so I got one off the web. The mix and match of flavors is astonishing though I took a plain coke zero because I am a creature of habit. My wife tried coke zero with lemon mixed in and then went wild with some weird root beer concoction on a  refill. I guess old fashioned simple dispensing has to got the way of the Ford Model T and two stroke Vespas...The fountain drinks cost  just under three bucks and you can essentially do what you like with all the buttons and permutations and fizzy water and ice. Its pretty astonishing. 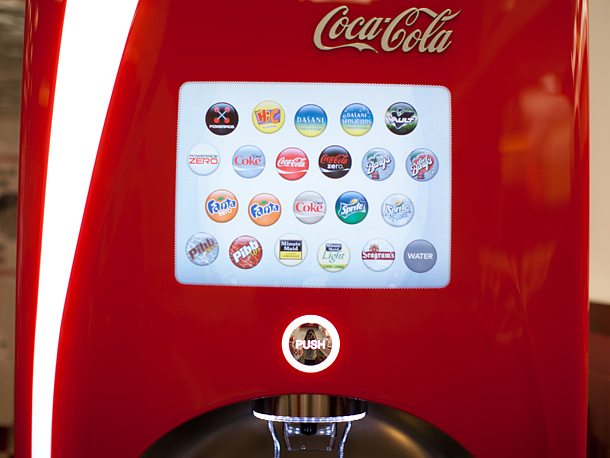 They cooked our food in this exemplary kitchen so while they worked we retired to our table and played with the coke fountain while we talked.  You have one of those Outback-style buzzing things that light up like a ballistic missile warning system when your food's ready. Trays are metal and reusable, Styrofoam doesn't exist  here and  recycle bins take up more space than trash. All in all not a  bad example for other Duval businesses to follow. 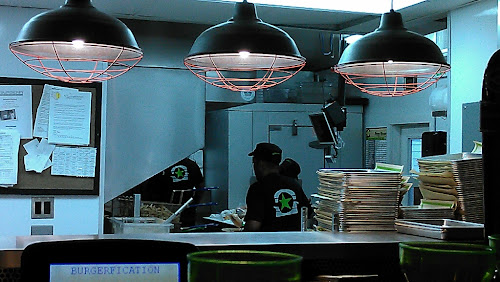 This is also a full bar which makes sense in Key West where alcohol lubricates most social interactions. They also have a decent list of draft and bottled beers which were off limits as I had overtime later.
The odd thing about all this franchising going on in Key West is that the town seems to have been discovered...Checkers closed recently but Five Guys has two locations and the newest burger franchise is something called Johnny Rockets, further up Duval. That one I have yet to visit as it promises some peculiar nostalgia trip, a cross between Leave It To Beaver and the Fonz "... the belief that everyone deserves a place where they can escape from today’s complicated world and experience the uncomplicated goodness of classic Americana." It sounds a little too much like Disney-on-a-burger for my taste but perhaps one day...after I get cable and spend some time with the nostalgia channel learning how the past was less complicated than the present. 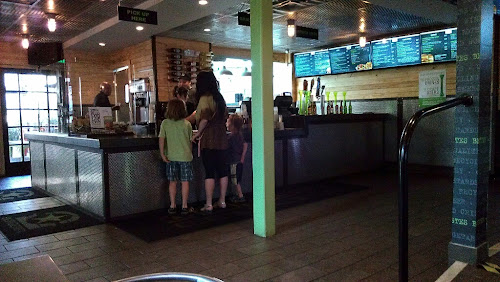 So after all the kerfuffle about lifestyles and antibiotics how was the grub? That's the real question and I have to say it was pretty good. If the idea of a ten dollar burger meal is too much you will have to stick with Mickey Ds and have it your way, but this was a decent sandwich and as such BurgerFi enters my pantheon of affordable eats in Key West. It's not Badboy Burrito or Yebo's or White Street Station, but it's a franchise that delivers. And the fries were excellent and far too abundant. Dolly and Robert had onion rings and they looked excellent too, coming in different diameters which gives one the idea that they are in fact off a real vegetable! I had the breakfast burger which is rather over the top with bacon cheese potato egg and I don't know what. I will have it again next time. 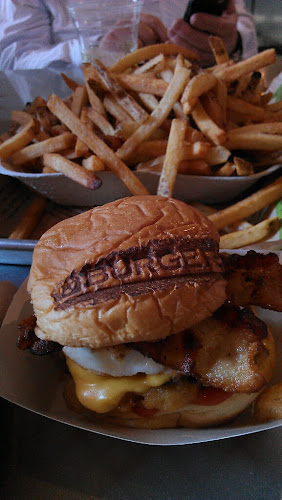 I have no idea if I am re-thinking the burger, whatever the hyperbole means, but we went to the play well fortified and free of harmful antibiotics and stuff. And I don't think bobby socks would have made the food taste better.