Housing For Almost All

I walk the mangrove trails when I can on my days off to shake off the accumulated stress of work and people and traffic and getting things done. I never take the peace and quiet of the woods for granted even if this may not look like much to someone used to mountains and valleys and views and rivers and things. For to take a mile or even a half mile walk along trail that was to have been a development, happily abandoned decades ago, allows me to reset my stress levels. Camera and dog and I am set. 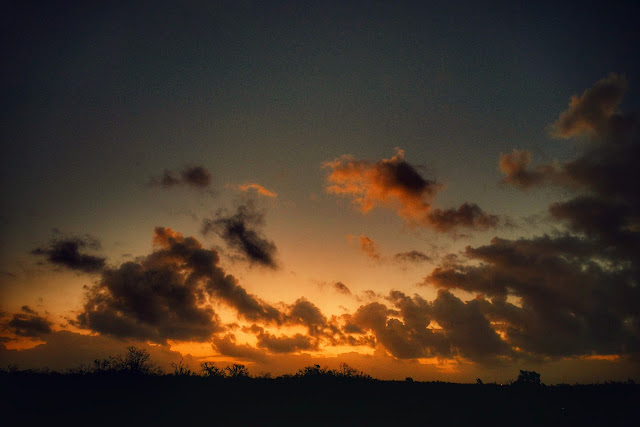 When my wife and  were looking for somewhere to live in the Lower keys about five years ago we had no idea what we might find but my wife was determined to get a shot at a decent rental as soon as it came up. She haunted Craigslist so she could pounce as soon as anew ad appeared. We were in fact first on scene the very night the advertisement appeared and our landlord was encouraged by our references and our reliable jobs. We got the house and it has been amazing. Our landlord is wonderful, our rent is reasonable beyond anything one could expect in the Keys. We are lucky. 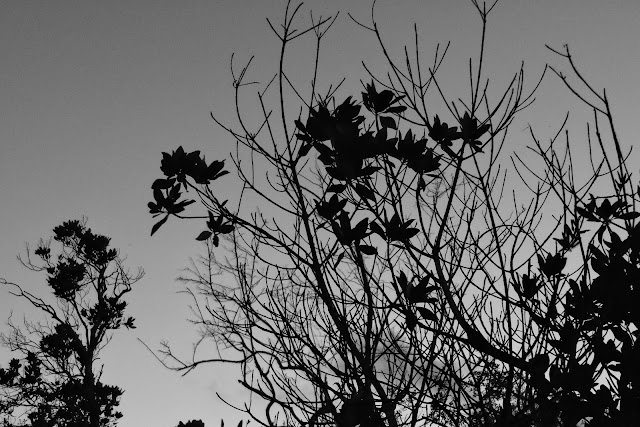 I mention this to put in perspective some of the discussions reported this week in the papers about proposals, vague enough one must acknowledge to deal with the shortage of decent affordable housing. The city commission in Key West got a view of a new homeless shelter to be built on the location of the current decrepit facilities on Stock Island. The Keys Overnight Temporary Shelter at the Sheriff's headquarters has been a refuge not only for homeless people but also for working poor residents of the city. Consider a room could cost $1200 a month say. Add a first month, last month and a security deposit and you are looking with utility hookups as well, at $4,000 to move into a place at the lower end of the rental scale in the city. Failing that you get a shower a locker and a mattress at KOTS in the company of anyone else in the same boat. 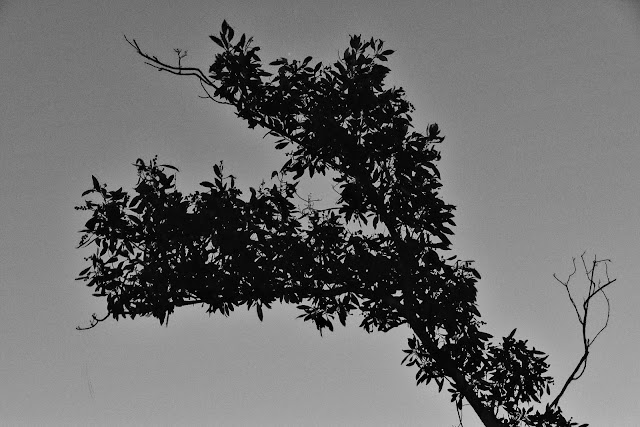 KOTS is a hastily created facility with air conditioned huts and no great sense of permanence. It was built to by pass the Pottinger decision in Miami where a Federal judge ruled that to arrest a "vagrant" the local jurisdiction had to offer a safe place for the homeless to sleep. Without KOTS people could legally sleep anywhere in public in Key West. Pottinger has been overturned but the benefit of housing the residentially challenged has been made obvious in a  city where residents complain all the time about public "sleepers." So now the city has the opportunity to create a better permanent facility and the commissioners looked at some plans. 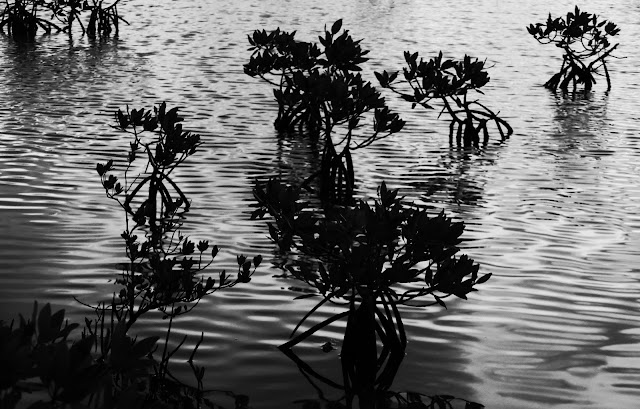 The new shelter would be raised on stilts, good to avoid flooding, but the ground floor area would also be where the residents would stage as they waited for the shelter to open. Architects also offered a landscaped path to get the homeless from College Road  to the shelter itself. From the Citizen page: 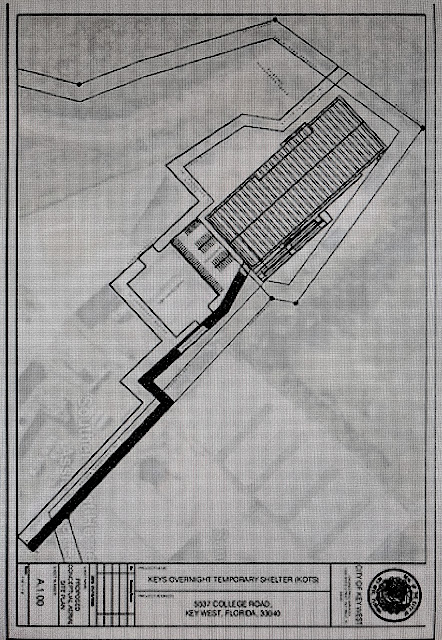 The idea is to avoid clusters of homeless residents gathering as they currently do on College Road. They are unfortunately considered unsightly and provoke complaints...So in the future they will walk from College Road largely unseen to the underside of the new shelter and wait patiently to receive their bed assignments. That's the theory at any rate. 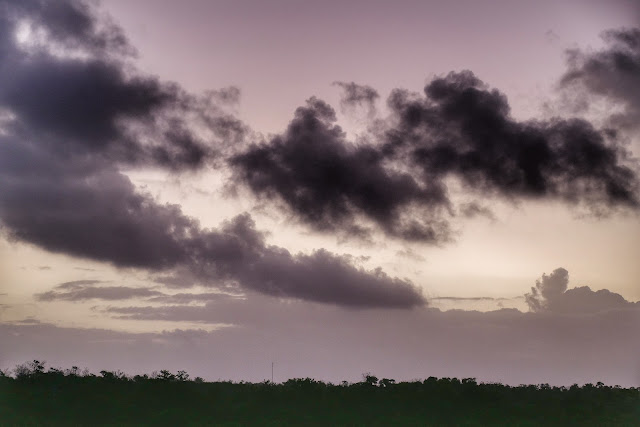 Homelessness like everything else in the Southernmost City waxes and wanes with the seasons. The population increases in winter when sleeping with the mosquitoes is I imagine an improvement over sleeping on a steam grate in a  snowdrift. The shelter was a brilliant innovation designed to cope with a vast population of people sleeping in parks and on city streets and when  it opened it was a twenty four hour facility until the housed population cried foul at the thought of bums lounging around in a  city and so the hours were reduced and the homeless found themselves wandering the city again by day. Personally I thought out of sight even with a  publicly funded TV was better for all concerned but I am by nature out of step with the majority. 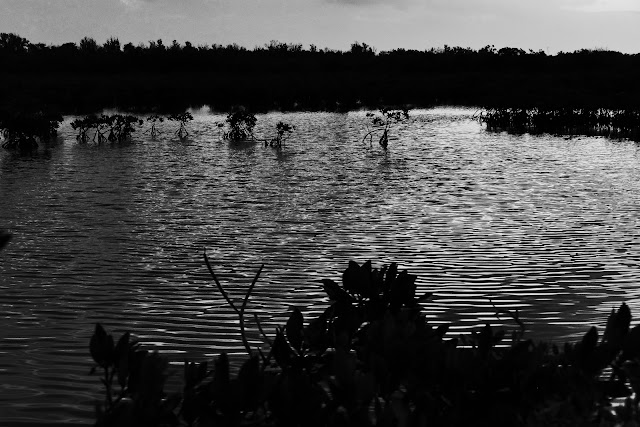 The other part of the KOTS population is the working poor as mentioned above and the new shelter will be one hopes a step up for people trying to do the right thing and keep their heads above water. Then there are the many among the destitute who have mental health problems including of course disproportionate numbers of vets who get lip service for their sacrifices and are left to wander the streets mumbling to themselves. Thus we live with an intractable problem without any of the special circumstances in the Lower Keys. KOTS is critically important to everyone's quality of life who shares a small island with the destitute the mad and the professional bums of whom there are not a few. 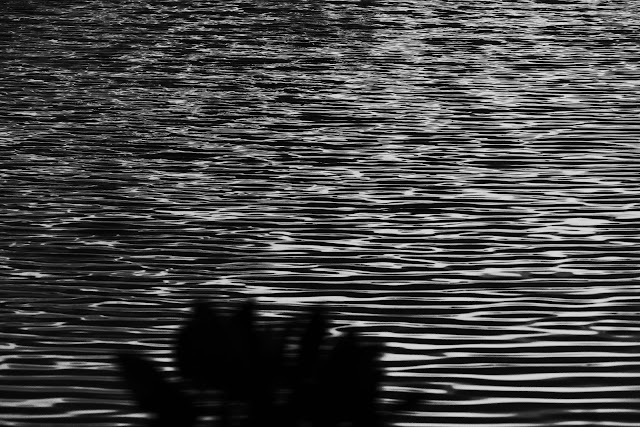 The issue of housing has been around forever and still our leaders chunter on as though there were a  way to fix the shortages. The only way to house people is to build housing and sell or rent it at an affordable price. The Meridian complex on Stock Island is a sterling example of affordable units with all proper facilities at reasonable prices, by local standards. However it has not yet been replicated. 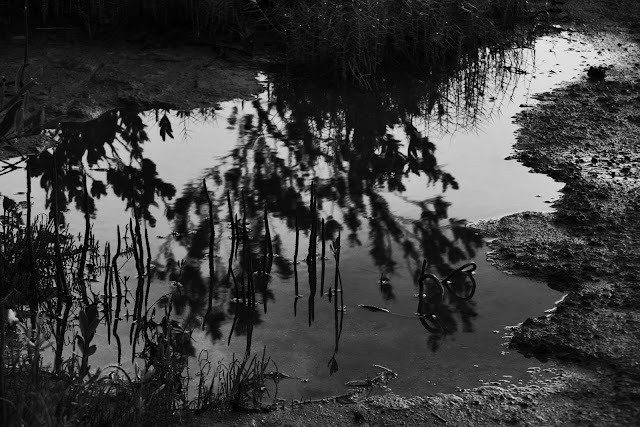 There is a housing complex with hundreds of units available now on Big Coppitt Key, half a dozen miles from North Roosevelt Boulevard and that is going to help some people. The plans are apparently also in place for a sweeping construction project replacing several trailer parks in the process. The fact is this project has been on the back burner for years amid calls for sub standard trailers to be removed. I wrote an essay in 2015 on the subject of Housing On Stock Island. 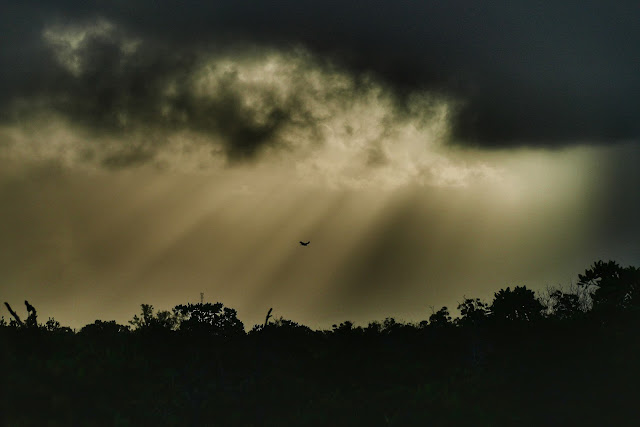 The thing is the trailers really are affordable, if decrepit and when there is a public conversation about "affordable housing" no one actually stands up in the room and says we will rent (or sell) for a definite price. The newspaper reported four categories of affordable housing for the proposed 280 unit Wreckers Cay on Stock island. Which sounded a bit too precise for the real world but maybe ultimately they will produce comparable numbers to ultra low income, low income, median income and moderate income which last  category amounts to $90,000 for a "family" whatever that is and whatever rental rate that will come to in the end. 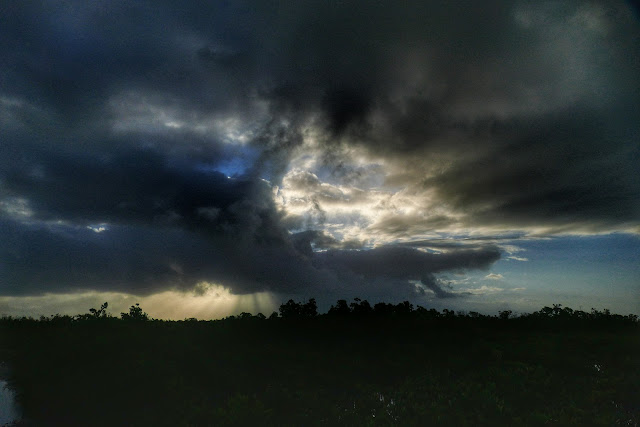 The Upper keys have developed a system, if you can call it that, of housing employees on the mainland and busing them to their jobs in Key Largo and Islamorada. They use Greyhound equivalents services that run through the Keys and you will see clumps of people every afternoon waiting to be transported home. It's an option not available a hundred miles to the south though some people commute from Homestead to Key West and spend only weekends at home. Some few businesses offer employee housing to try to help ease the shortage. 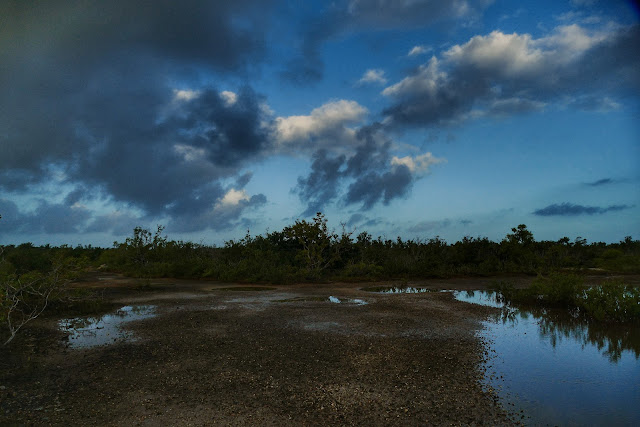 Housing costs and shortages are  a fact of life and I have nothing new or sensible to offer on the subject. The only reason I bring it up now is thanks to the developments coming into existence over the inevitable objections of people who fear living with the poor for neighbors. 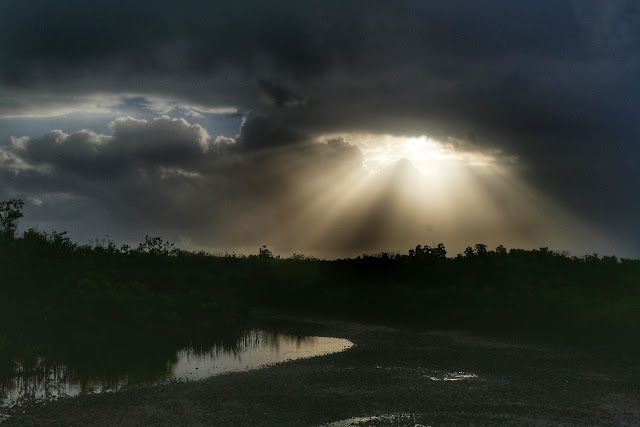 I have tried to make the most of my privilege, having a job that pays a living wage, a landlord who is a decent human being beyond any expectations, of having the time to escape the stresses of daily living and see the beauty in the Keys that appeals to me and hardly anyone else apparently. 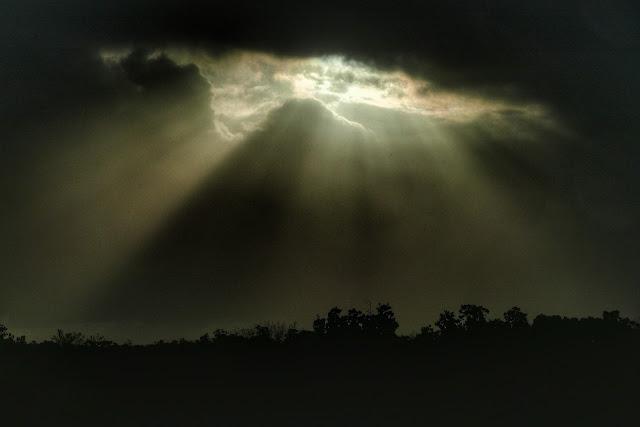 Every time climate change shows up in the public consciousness there is an expectation that house prices will plummet and everyone in the low lying Keys will get the flooding and destruction of wealth that they deserve. One day that prediction seems bound to come true but for now we live as we ever did, with heavier traffic, still inexpensive carbon produced electricity and absolutely no awareness of sustainability among the majority of the population. 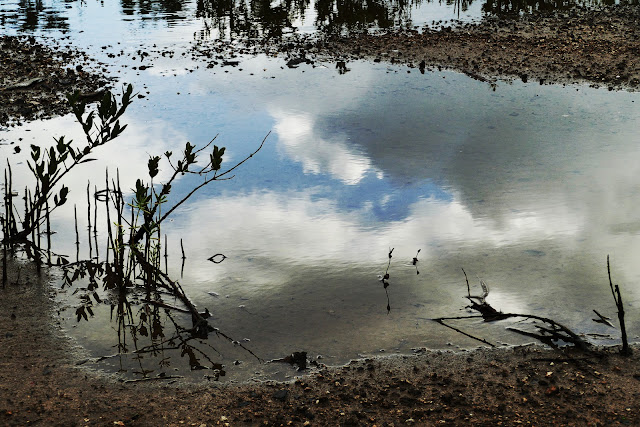 I look for beauty and I find it. Everything else is noise. IF you have somewhere to live. And a job. Etc... 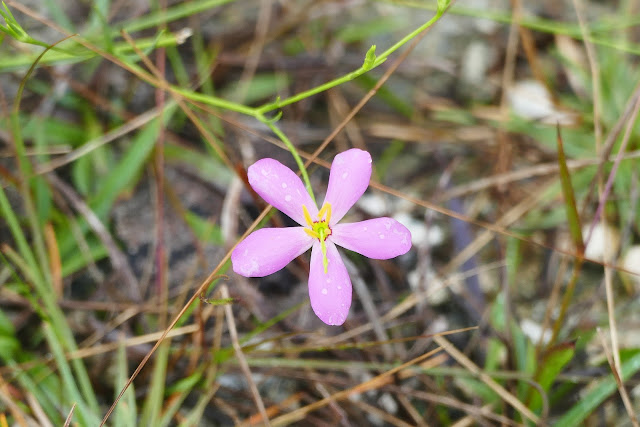 Behold the fowls of the air: for they sow not, neither
do they reap, nor gather into barns; yet your heavenly
Father feedeth them. Are ye not much better than they?
Posted by Conchscooter at 12:00 AM 1 comment: