It used to be the start of the day, when I worked nights, that found me walking Rusty through the mangroves. That all got turned on its head when I was moved to days after thirteen years of night shift. Nowadays I hurry on home at six in the evening and load Rusty into the car for a short drive into the wilderness. 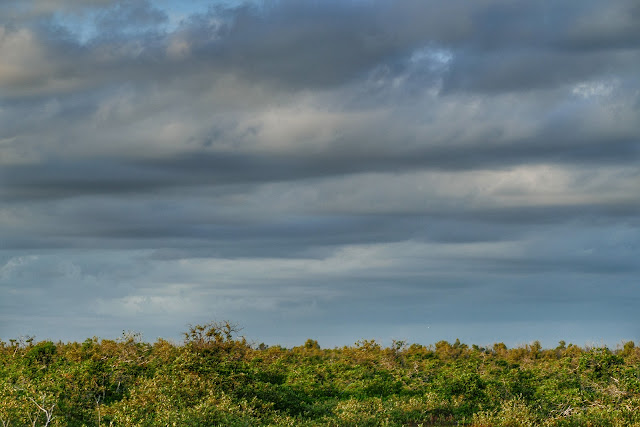 This has been a summer of sporadic heavy rain and long periods with none. Then more endless rain and now we are in the period of high, high tides as Fall approaches and flooding is everywhere. The trail may only be six inches under water but the mud is slimy and the rocks are slippery so unless you have four paws the going is slow and careful. 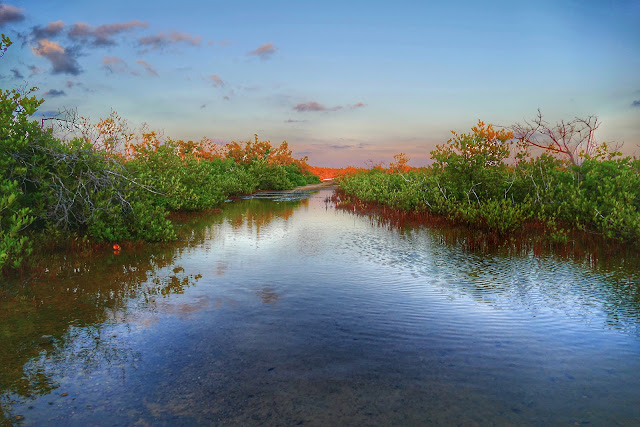 They carved roads through the mangroves on top of the rock in an effort to open these areas up to development. Florida is populated with ghost development, many places long since planned but never built. 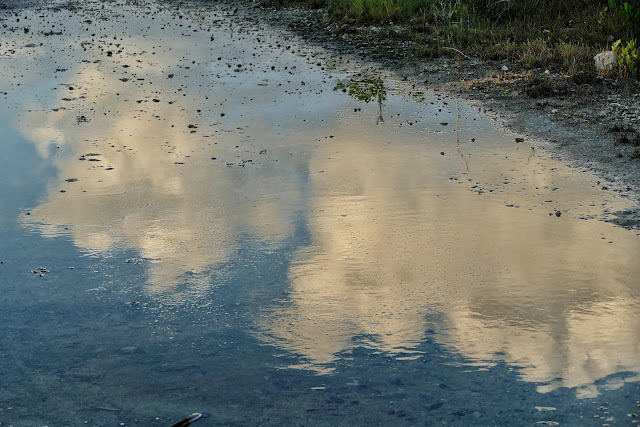 Nature encroaches and red mangroves put out feelers into the trail like skeletal fingers reaching for a grip in the rock.  The trail is closed to vehicles with huge concrete blocks so eventually I assume the trail will become a path and eventually disappear. 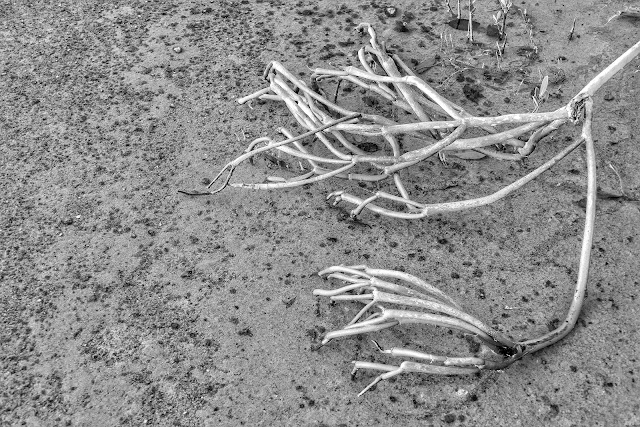 It is in many respects a surreal landscape, flat and lacking in long vistas, small trees rising above the sea of bushes like islands and from below the sounds of fish jumping in the pools of water. 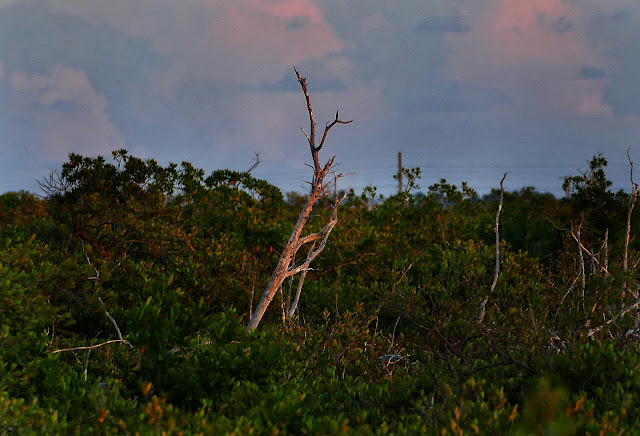 Photographers call it the Golden Hour before the sun sets and the atmosphere turns the sunlight that familiar shade of orange and gold we call sunset. 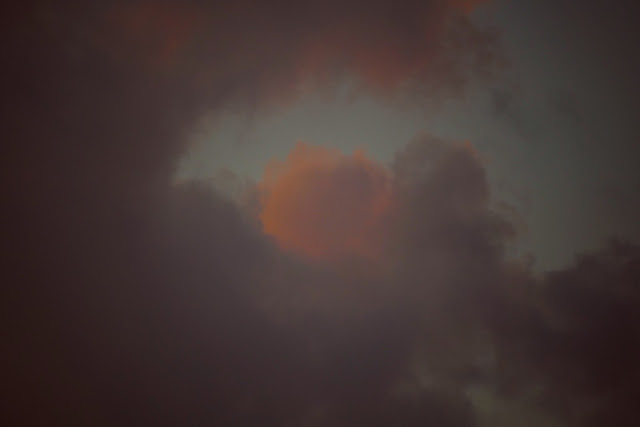 Quite breathtaking some evenings when the atmosphere is charged with moisture. 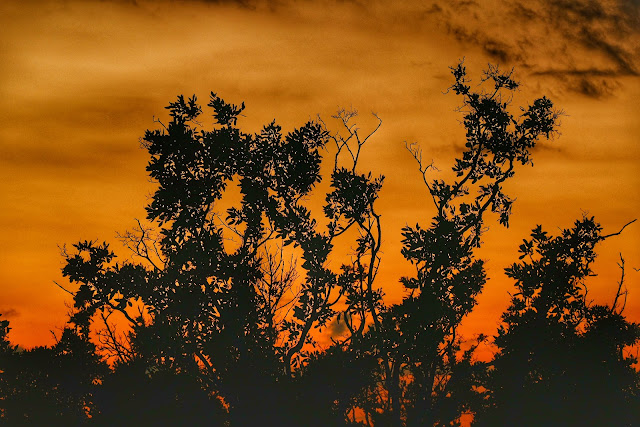 And you don't have to be at Mallory Square to enjoy it. 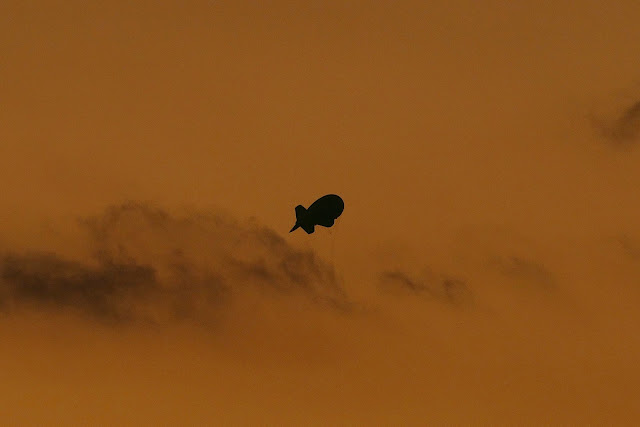 Mind you its probably time I paid a visit to the sunset celebrations as I rather enjoy the street fair atmosphere. 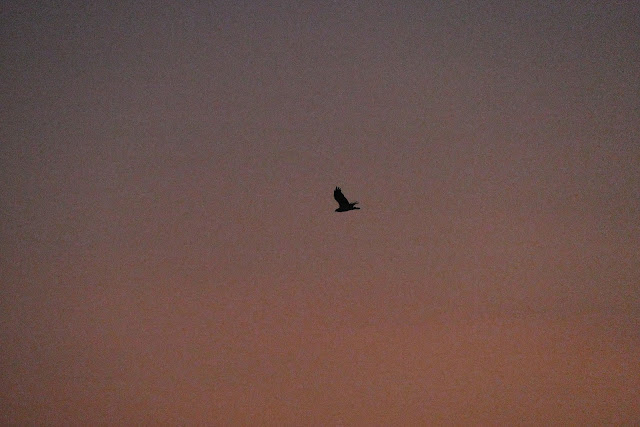 Until then this will have to hold us over. 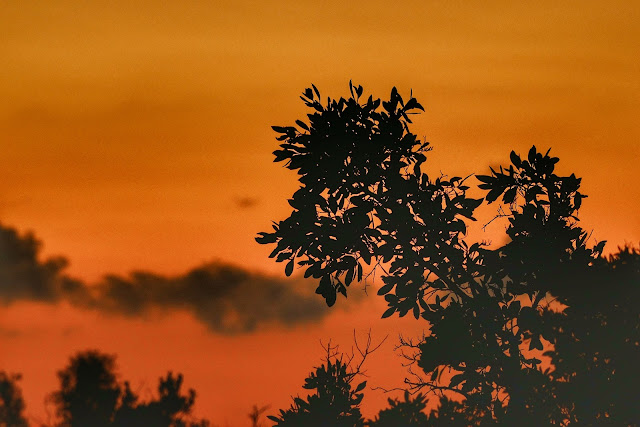 Evenings are closing in and soon I won't get home before dark so Rusty and I will have to walk darkened suburban streets where I won't trip or slip. Wilderness walks will be reserved  for my days off until the  days get longer in the Spring. 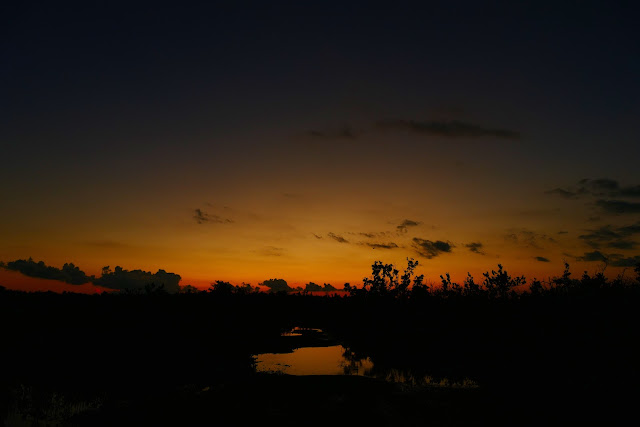 It gets this dark between 7:30 and eight at the moment.
Posted by Conchscooter at 12:00 AM 3 comments: