So now at last we know. Or rather I have every last question answered. 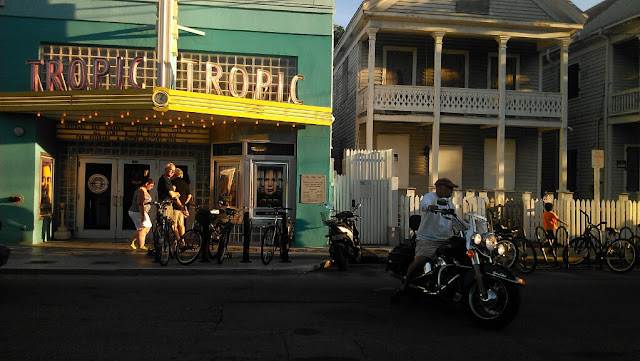 I am a relatively frequent visitor to the Tropic and I enjoy the Waterfront Playhouse and in the intermissions at either location a name has been springing out at me. I made some discreet inquiries but it seemed a tad bit indelicate to ask after the good Samaritan who coughed up some money to support the installation of urinals at my favorite venues downtown. Unhappily it is too late to thank him personally, and far too late to envy him his good taste in getting his name up in lights as it were. Thank  you Mr Westerlund where ever you are. 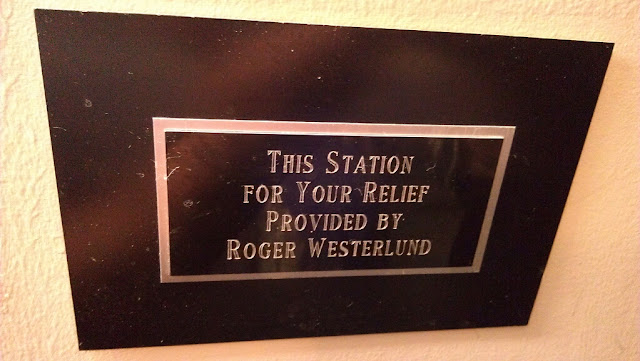 ROGER L. WESTERLUND
Roger was born Nov. 5, 1932. He grew up in Red Oak, a pleasant town of 6,000 in southwest Iowa. He spent many summers on an uncle’s farm, with no indoor plumbing or electricity. His father, Roy, was a general business man (restaurant, car dealer, game machines) with an eighth-grade education. His mother, Viola, was a registered nurse (trained in Chicago) and a homemaker. Roger’s school interests were mischief, fantasy adventures, and music, serving as drum major and assistant conductor of the high school band.
After a very brief time at M.I.T., where he learned that an engineering career was not designed for him, he moved on to the University of Iowa in Iowa City. There he partook of a variety of interesting courses and was accepted (with no Baccalaureate degree) into the College of Medicine.
Just prior to med school, he married Janice Liljedahl of Essex, Iowa, who was a teacher with a major in music (University of Nebraska) and who supported them on $3,600 a year.
There were only three women, out of 120 members, in his freshman med class. At orientation, they were told that “there are now 120 of you; look around, because only 90 will graduate”, and that is exactly what happened. Summers were spent as an orderly in university hospitals, with one summer in the operating rooms recovery room —  a preview of an anesthesia career to come.
Internship was at King County Harbour View Hospital in Seattle, a top-notch position, at $90 a month. Then he returned to Iowa City for a residency in anesthesiology. It was an outstanding experience and an exciting time in anesthesiology, with many new developments. He had the opportunity to work with some of the leaders of the field – Drs. Cullen, Hamilton, Severinghaus, Tom Hornbein, Lucien Morris and others.
He had received student deferments from the mandatory draft, so following residency, he joined the Public Health Service, Indian Health Division, to serve his required two years. Two interesting years were spent primarily on the Navajo Reservation in New Mexico/Arizona, serving as a general duty officer in the ER and, primarily, managing the anesthesia service.
The McFarland Clinic (a multiple specialty group) in Ames, Iowa, offered him a job in the fall of 1962. Ames was a fine place to practice, and is a grand university town (Iowa State University). The practice began with one other anesthesiologist and a nurse anesthetist. Many others were added over the years. Roger enjoyed traveling to the med school in Iowa City to serve as a guest instructor and to participate in conferences.
In 1981, Roger and Janice split, sharing their three daughters, Ellen, Sue and Martha.
He then met and married Mary Ann Blecha Wershay, a registered nurse and lover of life. They soon moved to New York City, where, in time, he was promoted to be Clinical Director of Anesthesia at NYU Medical Center (Tisch Hospital), associated with Bellevue Hospital. The department was excellent with 60 residents, 65 attendings,15 nurse anesthetists and 10 technicians, chaired by Herman Turndorf with whom and his wife, Roger and Mary Ann became best friends.
It was an ideal job — being able to work on administrative paperwork, to supervise residents and nurses, administer anesthesia, or manage the operating rooms. Drug addiction was, and is, a problem in the attending and resident staffs. Every attempt was made to help those afflicted, but few could be saved.
After 12 years in New York, it became time to look around and to consider moving on. Roger and Mary Ann had enjoyed scuba diving around the world and had come to love tropical islands. Key West was visited, and became home in 1997.
They both became active in community work and volunteer activities. In 2006, they received the Humanitarian of the Year awarded by the Red Cross for their work as volunteers in many groups.
Roger continued to be active; going to the gym, riding his tricycle, and enjoying life with Mary Ann and all their friends.
He died on Monday morning, July 6, 2015 of prostate cancer.
He is survived by wife, Mary Ann, daughter Ellen (Mrs. Phil Zee) of Brooksville, Florida, and grandchildren Carl and April; daughter Sue (Mrs. Art Fox) of Eades, Colorado, and grandchildren Tyler and Jake; and daughter Martha (Mrs. Dan Johnson) of Durango Colorado. Also by Mary Ann’s daughter Missy (Mrs. David Druley) of Boston; and son David of Burleson,Texas and grandchildren Jack, Natalie and Joseph.
This obituary was written by Roger so what is said would be in his words, and a celebration of his life will be held in season so all may drink a toast to his full and happy life! 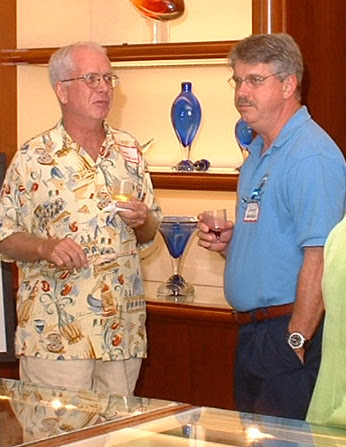 Today's Podcast at  Travel and Safety is a  wide ranging interview with Ezra Winter a man who earns  a living online and at the card table. He is a magician and part of his magic is understanding how the world works. A great interview with a  fascinating renaissance man. You can read his insights HERE and listen to him at the link above.