October First was the day dedicated to reopening the city to tourists. 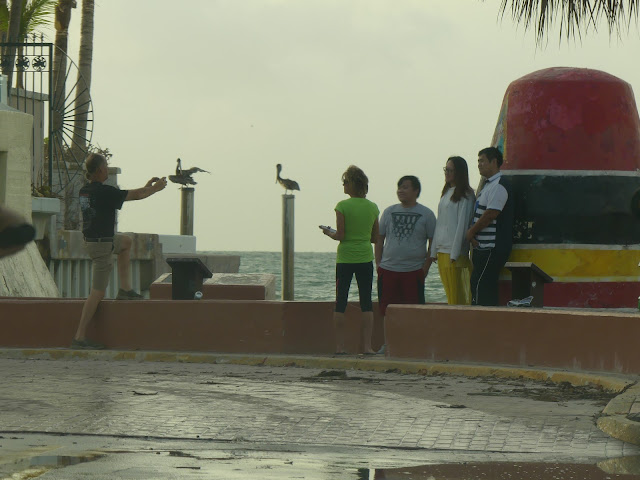 The mayor was on hand to greet the first cruise ship to arrive after Irma: 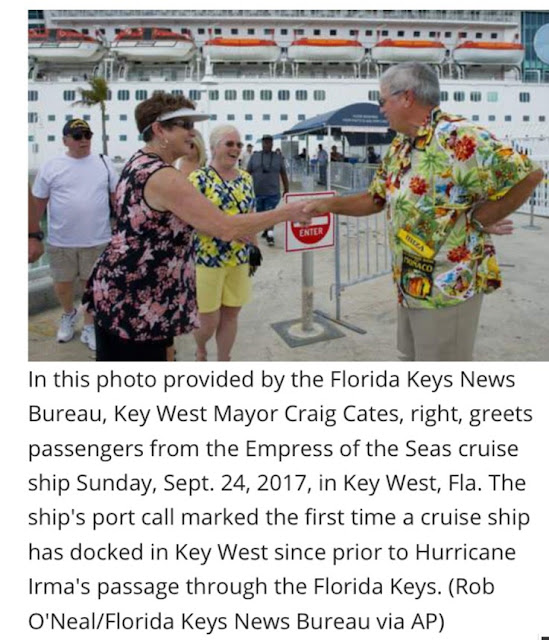 The homeless dedicated to life in the open air are still here. 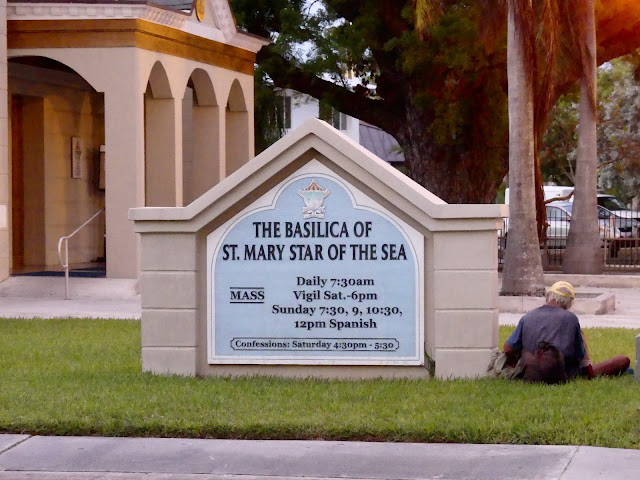 Quite a few shingles have gone flying even on the basilica. Metal roofs properly secured are the way to go in the Keys. 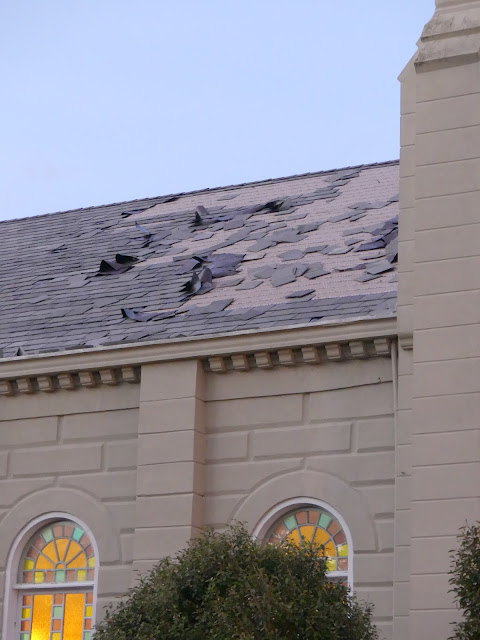 Hotels are opening as are restaurants, the biggest limitation is finding workers. 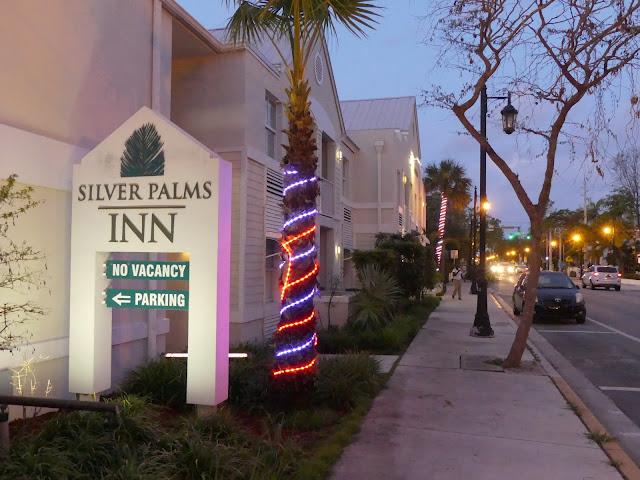 Many people have been displaced and some have nowhere to live after the FEMA funded hotel rooms run out of money. The loss of human capital in the Keys could be substantial. Fantasy Fest a couple of weeks away may not be the gut busting extravaganza of years past. One could agree that would be a good thing if there were less nudity and there certainly won't be elaborate floats what with all the construction needed on peoples' homes. Yet it is a benchmark festival designed to bring in money at the slowest time of year. 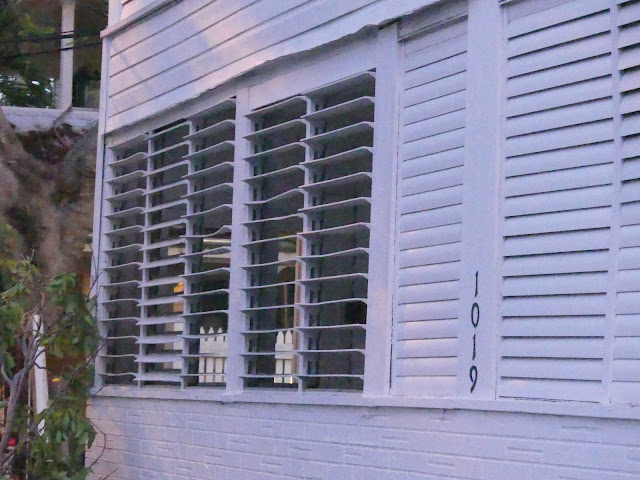 People are coming to the Keys and one has to hope they are patient and resilient because things aren't yet normal. Menus may be limited, businesses don't stay open as l;ate as usual sometimes and parking is a bear when shared with piles of debris. 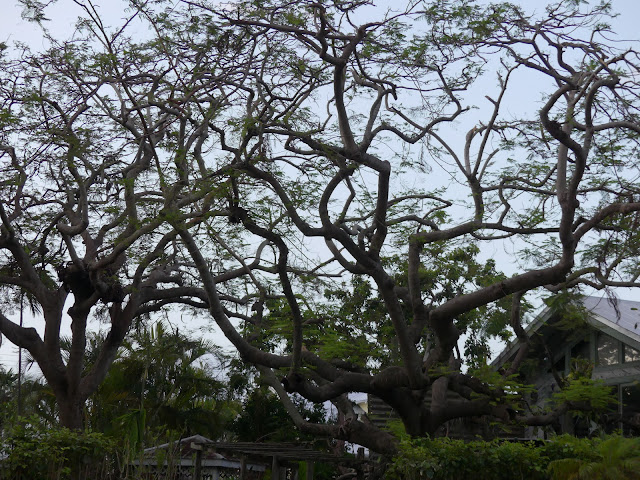 I saw this near Simonton Street and engaged black and white mode on the camera: 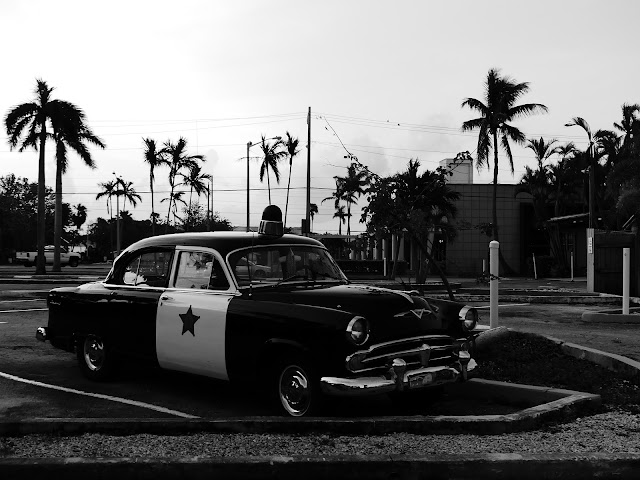 This tree has aggravated truck drivers for some time and it's still in place on Simonton Street: 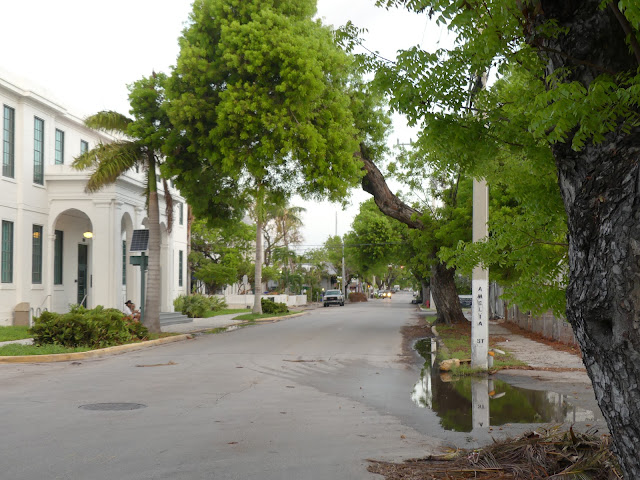 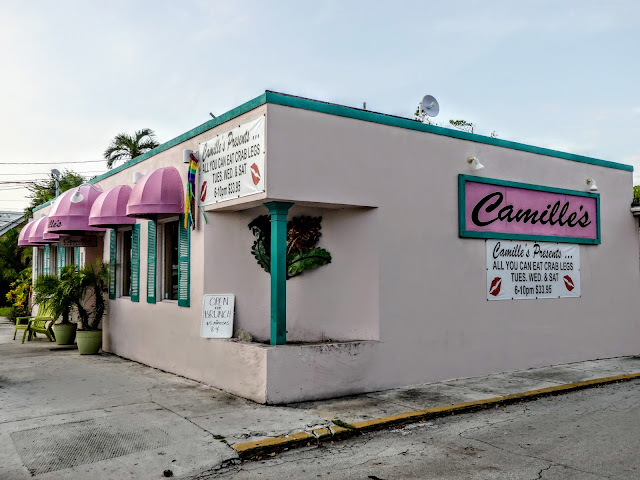 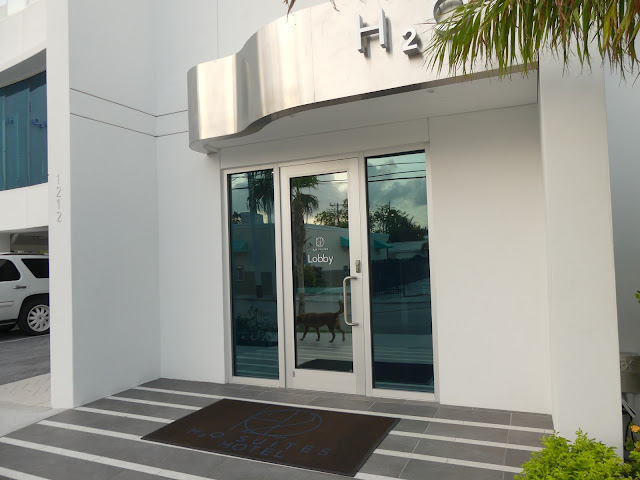 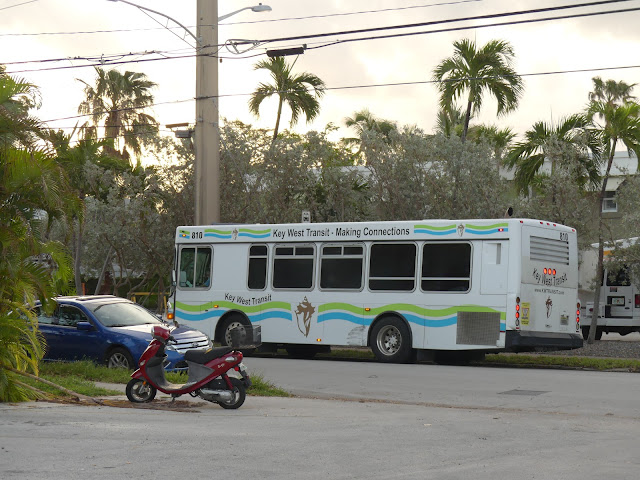 And by the way tourists are back wobbling past piles of rubbish on the streets; 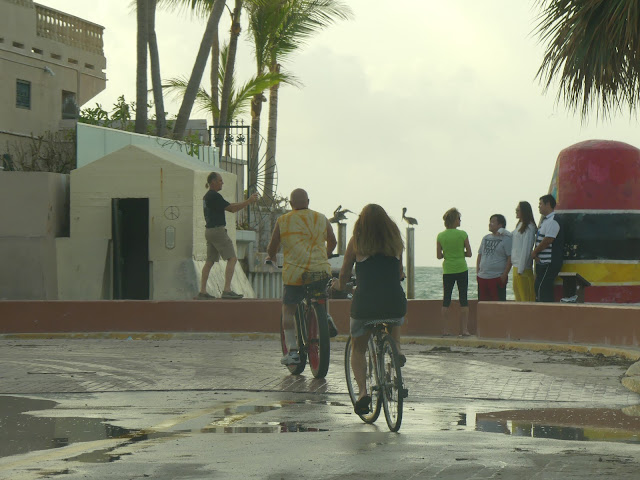