A Walk Beneath The Clouds

It was hot and muggy Thursday afternoon in the Lower Keys and Cheyenne seemed happy to sleep in the house with me. She got restless as dogs do and started staring at me, her big brown eyes full of reproach, and I even though I knew it was too hot for agog in a fur coat I loaded her up and off we went. 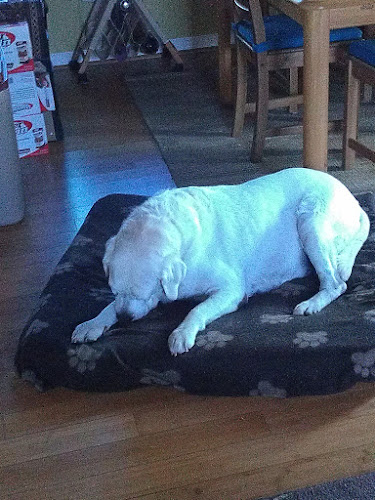 The fact is I have myself have been feeling restless, due mostly to work where the youngsters are acting agitated as though seeking change. They too look at me with reproachful eyes as I push their shoulders to the wheel and expect them to keep doing what we do, because that's my job as I supervise the shift. They sigh and mumble how dispatchers get no recognition or respect, like spoiled children stamping their feet and crying "It's not fair!" while I, the unwilling nursery monitor stifle my exasperation. Raises, health insurance, paid time off, and an easy schedule and still the brats have the gall to complain. I'm better off walking my dog. The right wingers aren't all wrong when they moan about the modern work ethic. 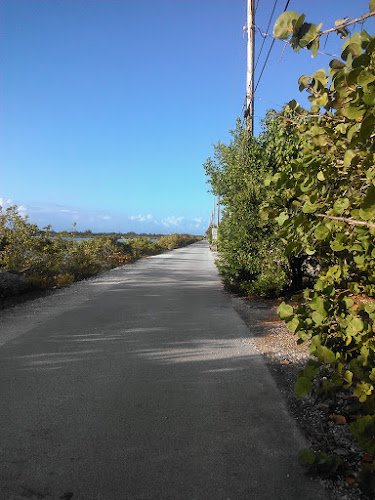 It was sunny as we drove away from the house and under the blue skies I opened the sun roof in honor of the sun and enjoyed the fresh breeze blowing through the car. Cheyenne was right, it was good to get out of the house. 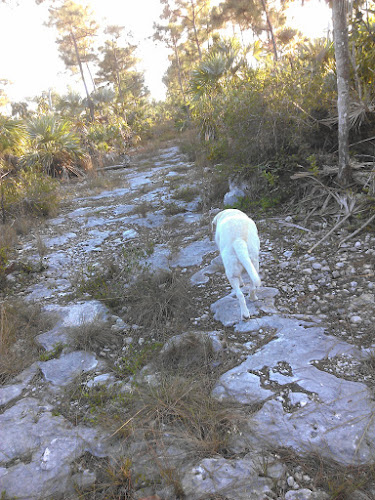 Cheyenne prefers urban walks but I laid down the law as this was my refreshment as much as hers so I decided it was to be a walk in the woods for a change, in nature and unlikely to meet people who are altogether too numerous in these winter months. She stepped on the trail, looked around and didn't think much of what she saw so she stopped and planted herself on the trail looking more like a bulldog than a Labrador. 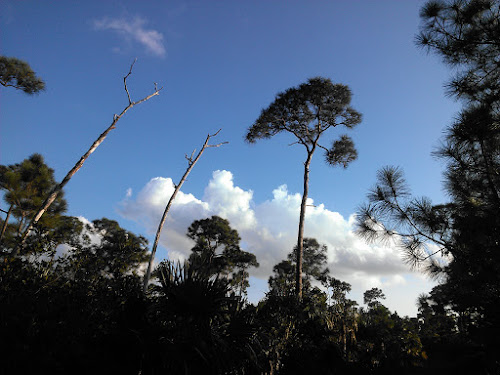 I ignored her refusal to walk and kept going. Grumpily she decided a bad walk was better than none and soon she stumped past me making the best of a bad job. I liked my surroundings even if there wasn't any trash to root through, scattered by careless human beings. 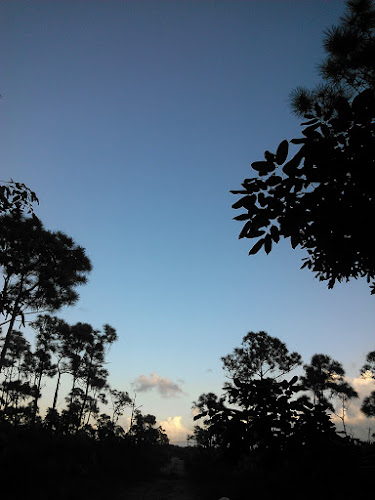 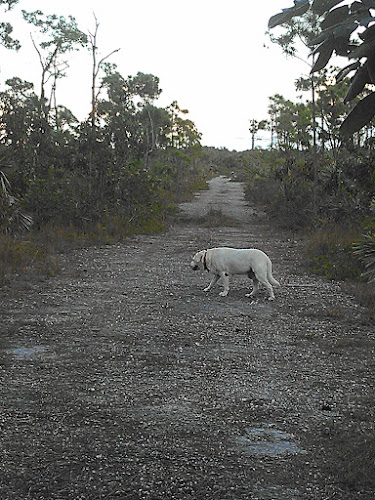 In summer I figure she is likely to get thirsty but in winter...however this winter, when most days have been as warm as summer, outdoor boozing suits the furry walker. Besides she naturally prefers dark tannic water to the clean fresh stuff I put out for her every day. 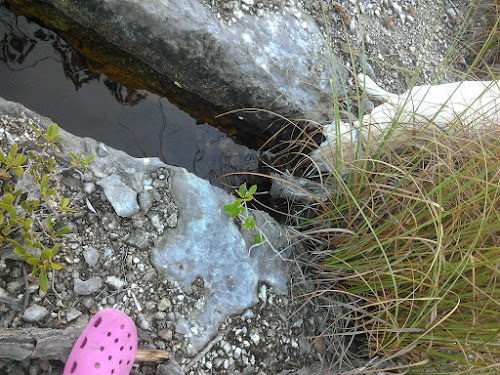 These mysterious channels were cut by developers who saw this scrub land and figured, as one does, that there was money to be made. The problem was that...well the biggest problem were the mosquitoes. So instead of spraying Agent Orange everywhere they dug holes and filled them with fresh water and seeded them with Gambusia Affinis which is a fish that eats mosquito larvae by the ton, give birth to live fish not eggs, and swim with notable grace, they say. 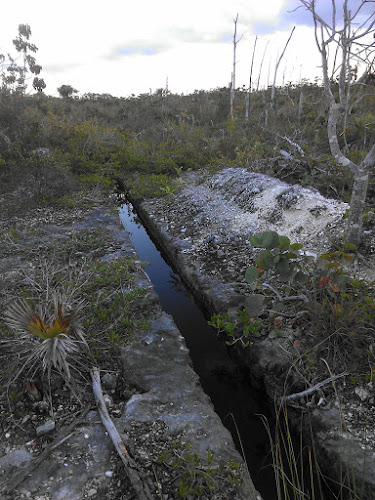 Other problems overwhelmed a lot of planned development and all that's left are a few overgrown trails and these weird Gambusia canals. 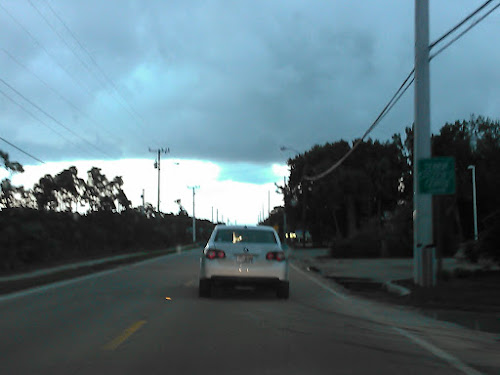 By the time we got on the road black clouds were rolling in and it was clear a fast cold front was over us. It was obvious to me it was getting dark early so I turned my headlights on in the darkness, though not everyone seemed to think that was a good idea. In addition to premature darkness the front brought a little rain and blew away the mugginess, so Cheyenne liked it. I was glad to turn off the air and 65 degrees may not sound like much but it feels cold in these salty windy islands. And if not a real winter front at least it's something. A reminder of what winter used to be.