There is an attitude that Key West isn't real. To the scooter rider taken by surprise by this impromptu loading zone in the highway the stupidity was quite real. Luckily he was young with sharp reactions.

The car pulled up, the two idiots hauled their bags across four lanes of South Roosevelt and loaded the car in the street.P That they could have met in the lot at East Martello fifty yards away never occurred to their sense of entitlement.

Hell, they could have walked across the road and loaded the car safely at the DMV. We had a Bridle Path to walk so we left them to it.

Scootering to fish seems like a good idea on a hot muggy pre-cold front morning.

I often wonder why women are agreeable to wasting their time getting bored while their men engage in a hobby.

I wasn't sure if they were sitting because he needed to or because she wanted to do.

When we were sailing the Colombian waters of Isla San Andrés we met lots of old white Americans on boats with young beautiful local women with absolutely enormous breasts that stuck out like planks. All of them. We had no idea of it was genes or surgery that so endowed them until Barb came back from a marina shower and explained the puzzle to the rest of us:
"Water bras," she said succinctly. It turns out they use actual bras designed to hold water and by extension mammary glands in perpetual suspension. Weird but true.

We were told that in Colombia where the currency is the peso (1900 to one dollar in those halcyon days of booming credit) the attraction between old wrinkled men and young women in water bras as known as peso-nality.

I got Cheyenne's undying love for fifty bucks at the SPCA.


- Posted using BlogPress from my iPad
Posted by Conchscooter at 8:43 PM 1 comment:

With all the emphasis on Duval Street and nudity it might be a useful reminder that there'd are other parts of the city barely touched by nudity.

People who lived in Old Town years ago when dilapidation was the order of the day wanted to move out and live in these neighborhoods where modern conveniences included air conditioning and waterproof homes.

These days off street parking is a huge boon, not to be underestimated when you listen to winter residents complain all winter long that they can't park in front of their homes.

To make the problem worse many people in Old Town, to enlarge their small homes converted garages into rooms consequently parking woes increased...

A lot of new arrivals think New Town lacks sex appeal, and maybe it does as architecture tends to the bland but convenience is not to be discounted when you are living here for more than a week. Like having a car port to stash your crap:

Cheyenne can sometime s be the epitome of "dogged."

I got the feeling we were being watched.

Still being dogged. I thought a quick sit down in the Lazy Boy might do.

Dd I mention skies have been cloudy a lot lately?

Well, they have been.


- Posted using BlogPress from my iPad
Posted by Conchscooter at 4:01 PM 1 comment:

I am told Walmart is planning on opening a store on Rockland Key in 18 months. I cannot imagine what this will do for local business but if the Lower Keys follow the pattern set in the rest of the world, it will do no good at all. Spend less live better is their slogan, but by buying junk from Third World factories Walmart helps send US jobs overseas in a pattern with which we are all too familiar. I have no doubt much rejoicing will greet the arrival of the store among people who live in the Lower Keys and wish they had mainland malls to shop in. 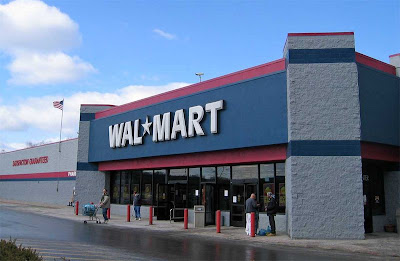 I am frankly amazed Walmart reckons the population in the Lower Keys would be sufficient to support a store at Mile Marker 9. However in light of a recent report in the paper on the low incidence of health insurance in the Keys, this new venture will presumably fit right in. This was news I could do without.

Here's another view of the beauty of the Florida Keys. Miles from Fantasy Fest.

Lovely, no? And the man she was with was also out enjoying the sunshine and the ocean views. It was Crusoe's island made real (except for the goats).

Just enjoying the sea air with no body paint, masks, alcohol in hand or any other visible enhancers.

True, but they didn't have the best companion of all.

No paradise, be it ever so beautiful could be complete without a dog.

These are the Keys I enjoy when all the revelers have gone home.

Posted by Conchscooter at 5:01 AM No comments: