I panicked a moment when I saw this in the Casa Marina district of key West. Hell, I thought, they are going to tear down that bizarre Polynesian roof and replace it with some house in the "Key West style" like every other one cuirrently being built or remodeled. 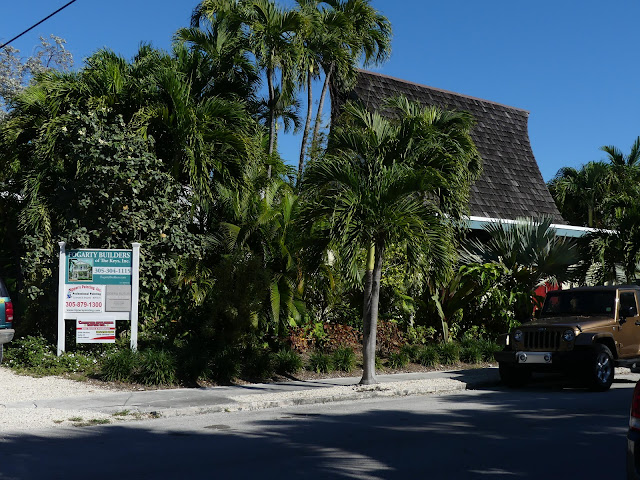 You don't see this everywhere in Key West: 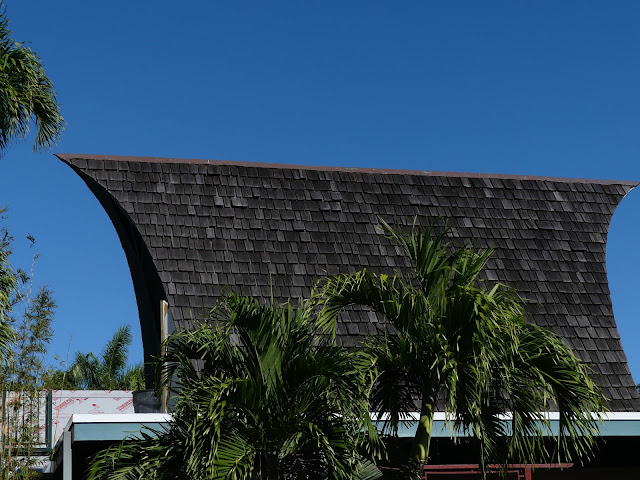 It turns out I was wrong and they are just remodeling the building but not taking away it's unique silhouette. Which was relief as things are once again changing a lot around here.

The hospital seems to have been involved in a rather nasty financial scam with the newspaper reporting payoffs: 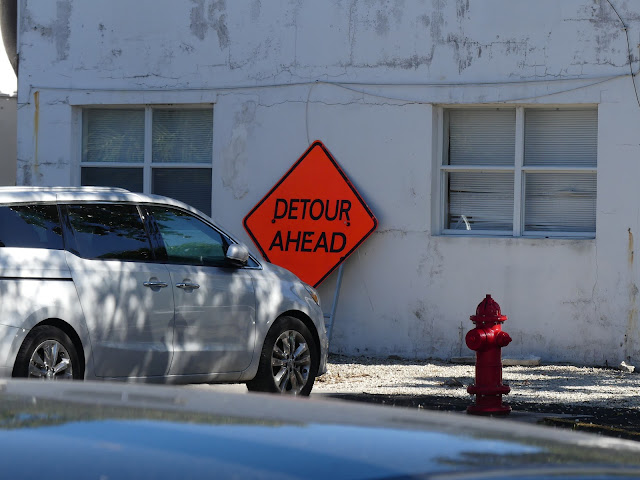 The Blue Paper is reporting some rather use of building permits for a new hotel on Stock Island. There is limited growth allowed in the Florida Keys so as not to overwhelm the infrastructure or quality of life but the paper reports LINK the developer may have been building capacity without the proper permits and the county didn't bother to notice. That hotel forcibly replaced a working recreational fishing marina along with small businesses catering to boaters. All gone. It's the beginning of the end for affordable working class Stock Island. 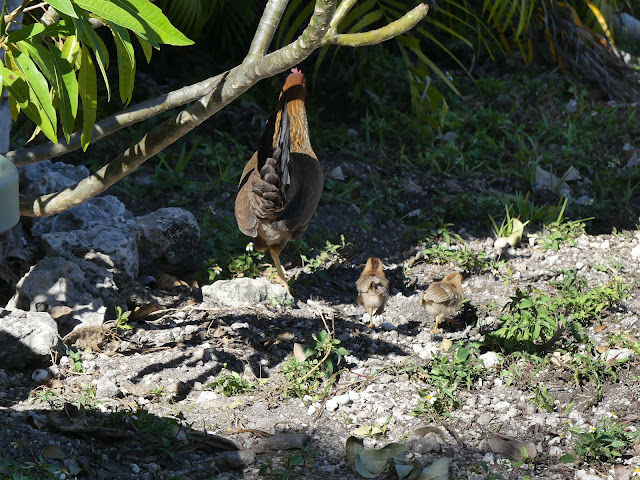 So one tends to get a bit paranoid when spotting a potentially endangered land mark. These days classic bad Florida tatse like a plastic flamingo is hard enough to find in this town: 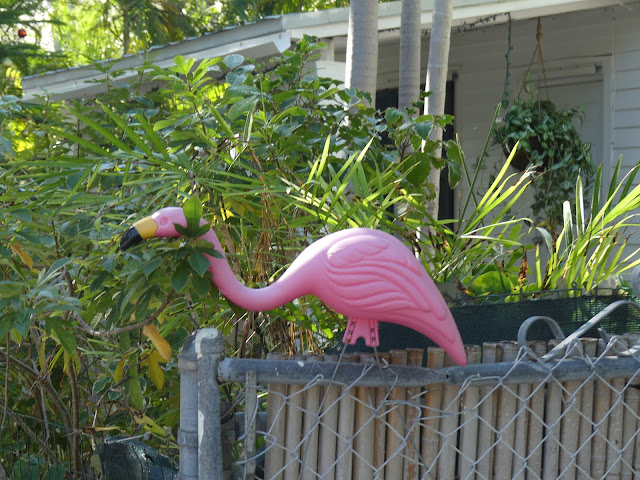 Yet for some reason there seem to be fewer visitors to Key West this winter. The highway is clogged by commuters forced to live further from their Key West jobs, forced to drive by insane real estate prices in the city. Around town parking seems more available than usual and main streets aren't as clogged as in a normally busy winter season. A friend told me hotel occupancy in the relatively cheaper hotels on North Roosevelt is down in some cases to less than half full. 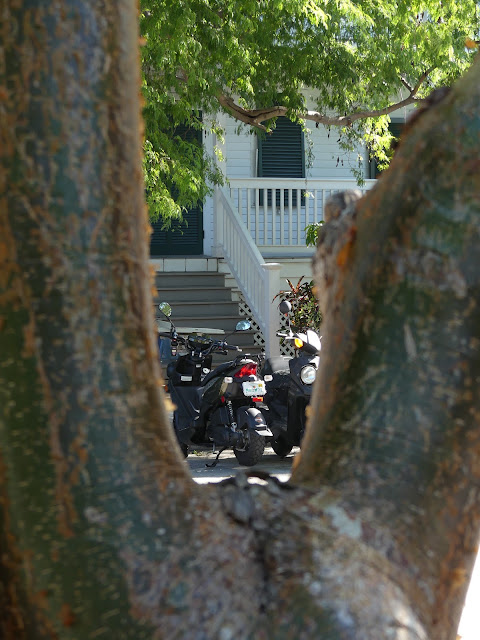 I'm not sure what all that means though my friend also wondered in the same breath if the general uncertainty surrounding President Trump's diabolically chaotic reign may have people wanting to be cautious with their money. Sounds like a stretch to me but who knows. 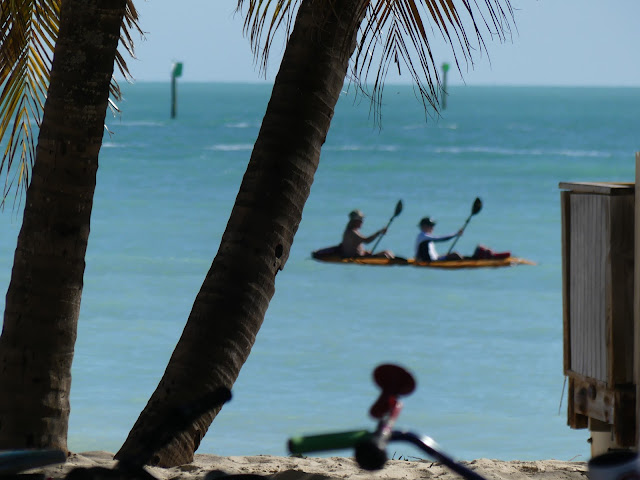 This place has been listed ready to be demolished for a couple of years I thin. Yet it's still here offering teh cheapest rate for a fleabag hotel in Key West. I've never stayed but friends who have say it attracts "characters." I will be sorry to see it go. 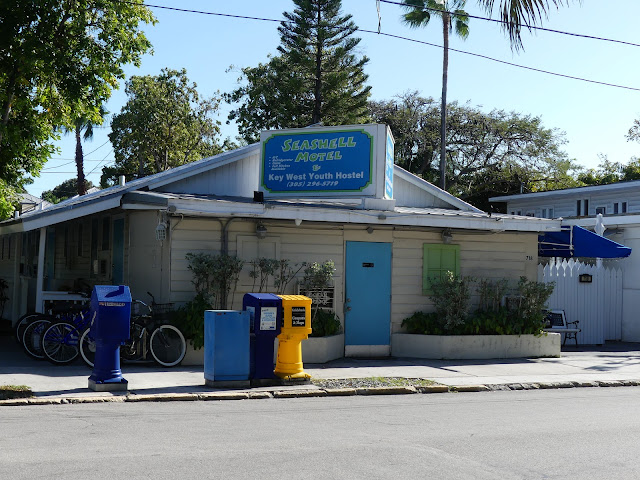 Places like this are hard to find in Key West. 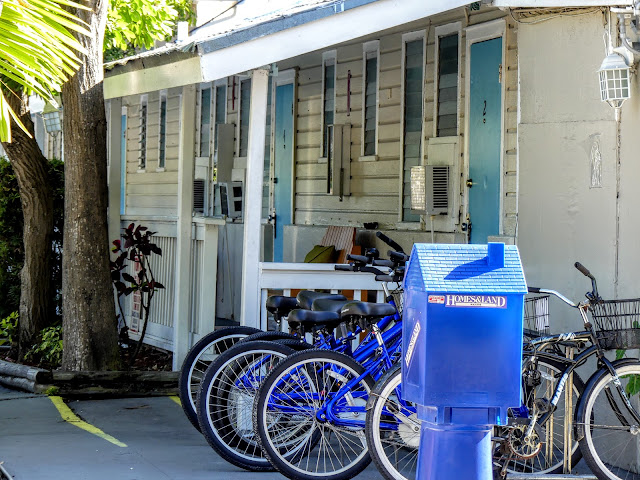 And this place is a mere fixer upper, ready to be turned into an ideal winter retreat except it doesn't appear to be for sale. Somebody's ace in the hole. 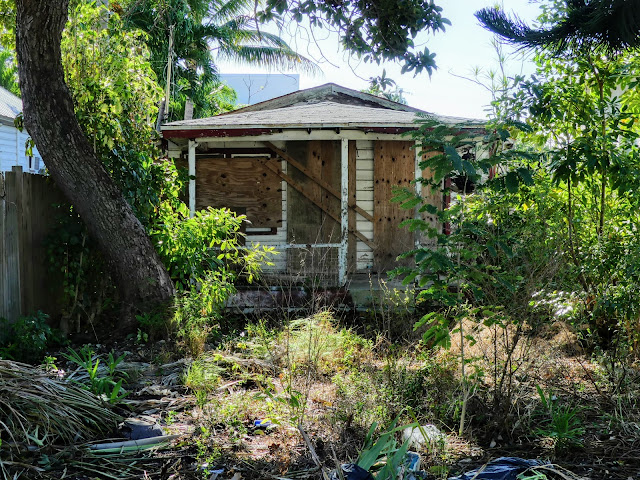