Walking down Greene Street thinking about looking at the water from Simonton Beach I tested the camera settings at the picturesque 90 miles to Cuba store, closed tight. Light and dark looked good, nothing of interest there... 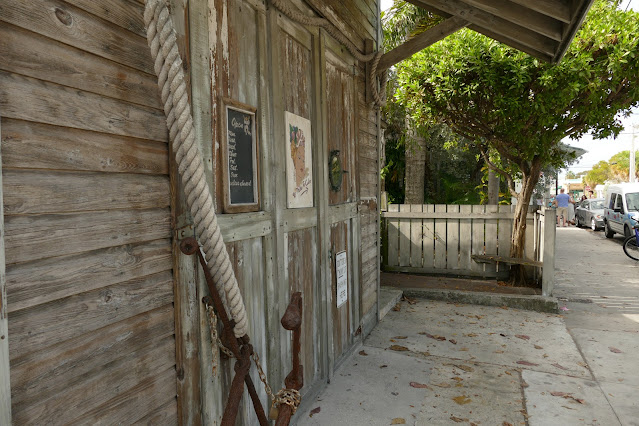 ...until there was.  A rooster popped up to check me out and I broke the bad news that officially feeding him would be unlawful. I was wearing my mask so I don't think he got the message. I couldn't be sure if he was defending his fence or asking for a hand out. 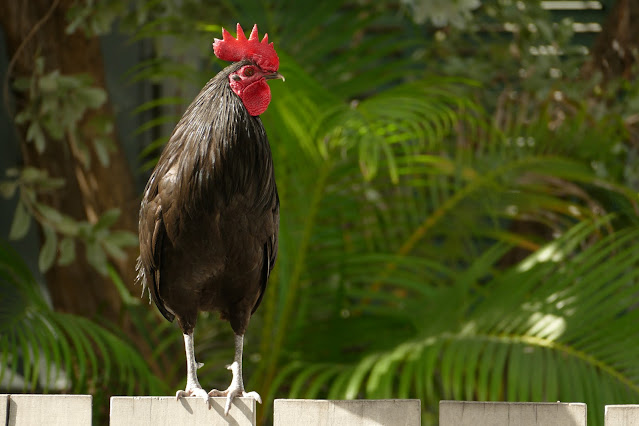 Officially the city manager is looking for work. While officially acknowledging the rumor he admitted he was looking for work elsewhere as he feels short changed by his $180,000 salary, second only in the city to the attorney who makes $215,000 according to the newspaper. Big numbers for those of us described by Senator Rick Scott as "little people with little jobs" but apparently the number two position at the Aqueduct pays $20,000 more according to the paper. The other rumor is that the city manager, who got the job by acclaim and no hiring process, is angling for a pay increase and when that urge is satisfied he will stay on and stay in charge of the city. What a weird way to ask for a raise I thought to myself, union member that I am. However it is a glimmer of non conformity in a  town where being normal is more highly prized than ever. Keep Key West Weird. 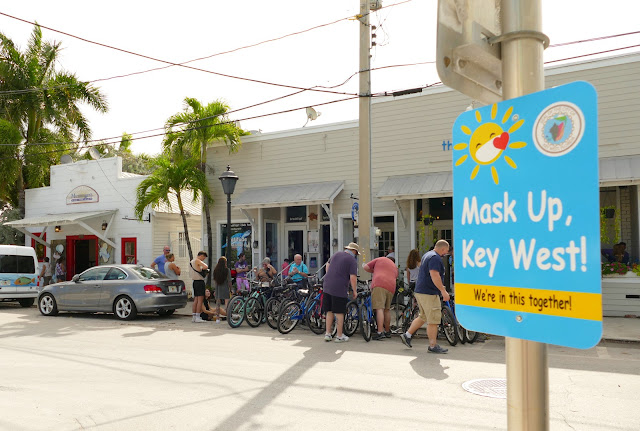 No dogs allowed. On Simonton Beach. I'm not sure who where when or what brought that sign into existence but I wonder what Captain Tony Tarracino the legendary non conformist would think of it. Especially as his daughter owns the beach bar that probably created the demand for it. 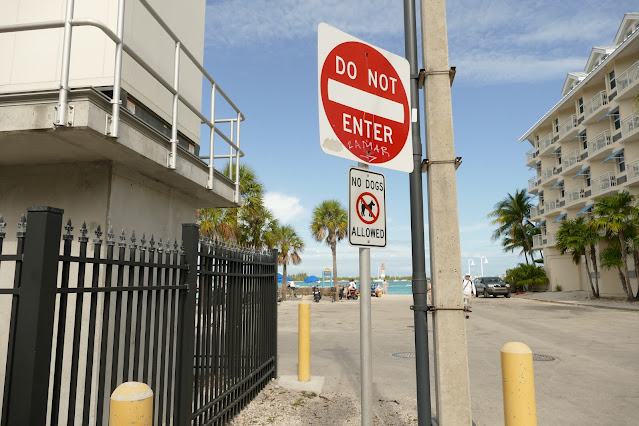 Simonton Beach wasn't much of a place if you weren't residentially challenged and some people called it Bum Beach for that reason. Now there are beach facilities for rent, beer not out of paper bags and a menu of sandwiches to allow all day lounging on a rented chair under a rented umbrella. 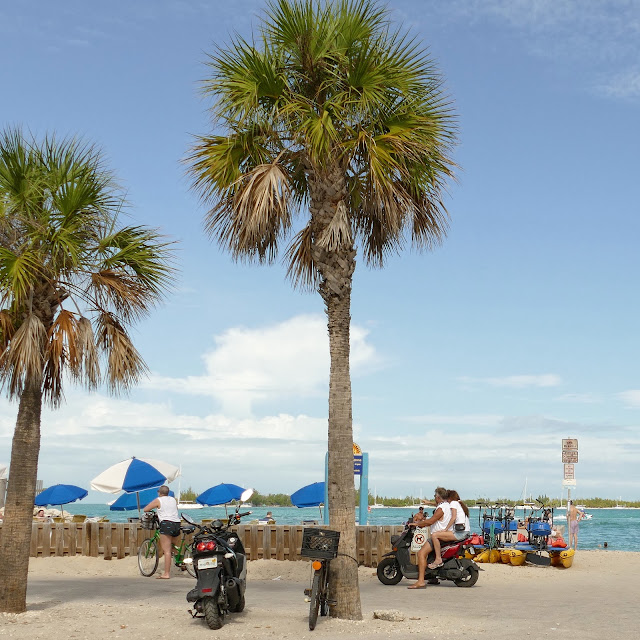 The sand boat ramp is still there offering free beach access to anyone that cares to swim in the ocean in February. I start swimming when the time changes in the Spring and I stop swimming when we revert to winter time in November. Broadly speaking because I like waters to be at least 80 degrees. Right now they are in the mid 70s which is too cold for my delicate extremities. 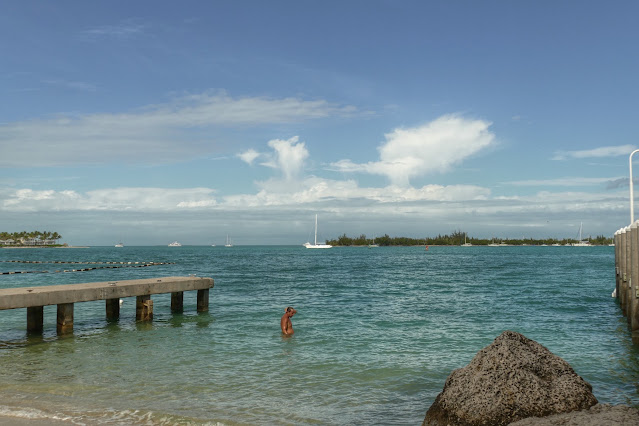 Activity, business, tourism. Jolly good. Luckily I have lots of other places to take Rusty but I expect them all to be shut down and restricted as time goes by. The trend seems unstoppable. Progress: I must learn to love it. 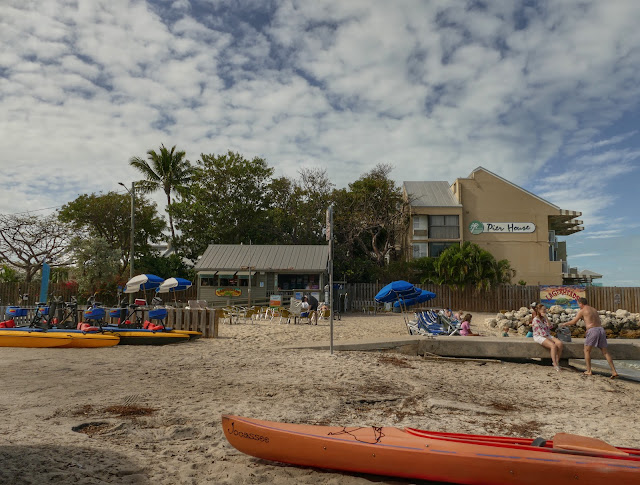 As Webb Chiles points out the southern hemisphere has far fewer people living on it than our overcrowded northern half.
Posted by Conchscooter at 12:00 AM 2 comments: