I was people watching again downtown, this time while sitting n front of the county courthouse, that would be the building that marks Mile Zero on US Highway One. 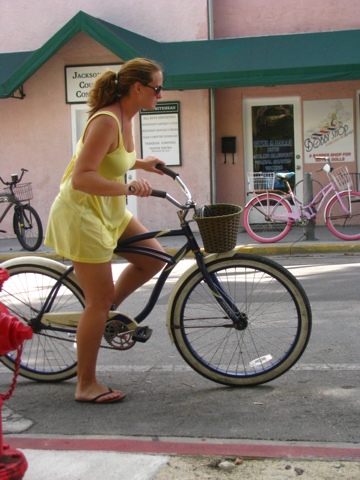 The woman on the bicycle looked happy if determined. The guy hauling the guitar on his back looked like Opie from "Sons of Anarchy". 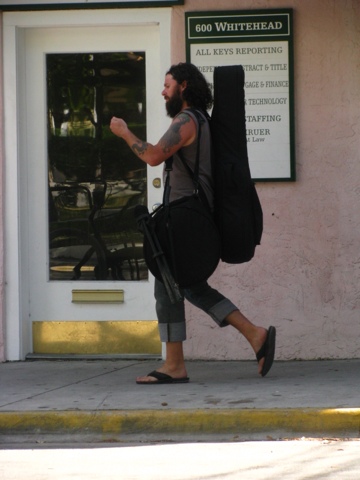 The homeless types hunched over the picnic tables looked like... fixtures. Oh well, I get my turn at those tables from time to time as well. 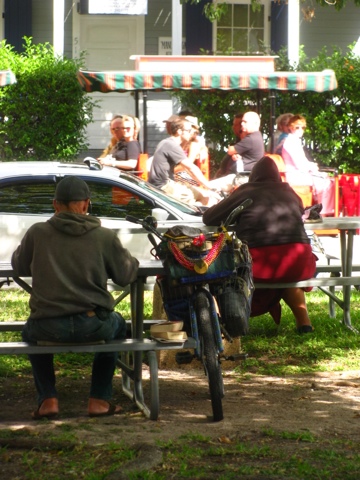 Just another great day South of Reality.
Posted by Conchscooter at 3:00 PM 2 comments:

Imagine it is the end of the Civil War and you are some fat cat from Up North with a bank full of carpet bagging dollars and you want some winter sunshine with hunting and fishing to keep you amused. You would have packed your bags and taken a train south followed by a boat ride from Fort Myers up a certain river to this place: 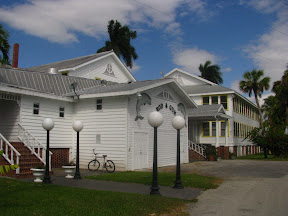 The Rod and Gun Club was only accessible by water at the time because south Florida was a bug filled boggy wasteland no good to man nor beast in those far off days before cheap air conditioning made South Florida accessible to the masses. When that happened big block condos sprang up everywhere ignoring any requirements of cross ventilation or shade. The Rod and Gun Club is from another era, a more expensive if genteel era designed before the condo was dreamed up. 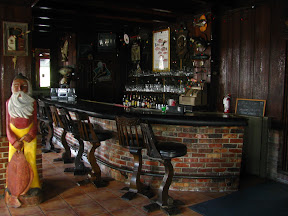 I wasn't there to spend the night just to have lunch in passing and I was determined to enjoy the experience no matter how bitchy and mean the harried waitress became. Which was just as well as she had no great desire to welcome me to the outdoor dining area overlooking the river. 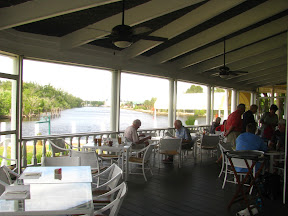 The waitress told to order quickly as she had a party of ten coming in soon and on that cheerless note I asked for a fried fish Reuben which sounded vaguely interesting. It turned out to be more odd than interesting. The bread was toasted dry, the fish was okay as it should be but the Reuben was just coleslaw served between the bread instead of as a side dish. Whatever... 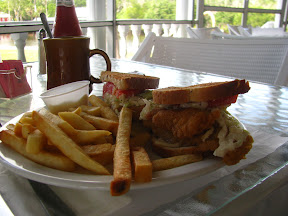 The expensive lunch did the job even though the coffee never got refilled and the bill came to something extortionate like fifteen dollars or more and there was nothing remotely like gracious 19th century living about the whole transaction...granted it was lunch but I wonder what dinner indoors would be like. 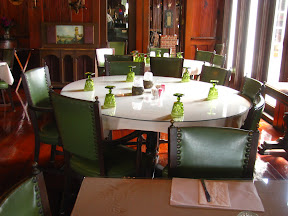 There was a devastating fire in February 1969 that wrecked much of the place as recorded on the walls of the hallway. 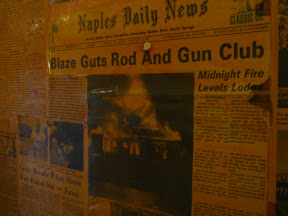 The interior of the club is lovely, all wood and souvenirs and it feels like the sort of place where men would gather like walruses and snort and grumble about the state of the world. Check it out: 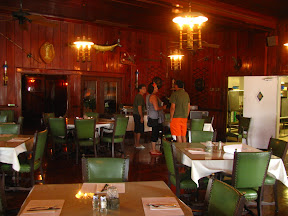 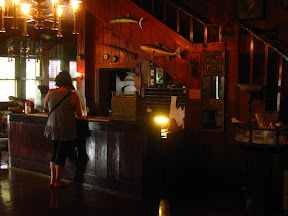 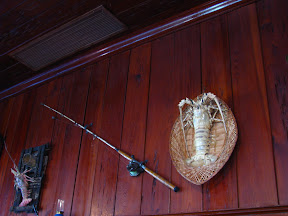 And in the middle of all this luxurious living I finally got to see my first Florida panther, albeit somewhat immobile: 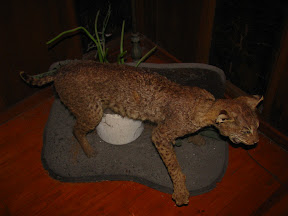 Despite the shortcomings it's a pretty spot worth the visit and consider how welcome must have been the bright sun and greenery to hunters from the cold wastelands Up North days away by the fastest transport then available. 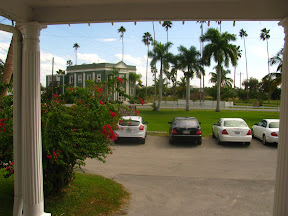 Posted by Conchscooter at 12:16 AM No comments: