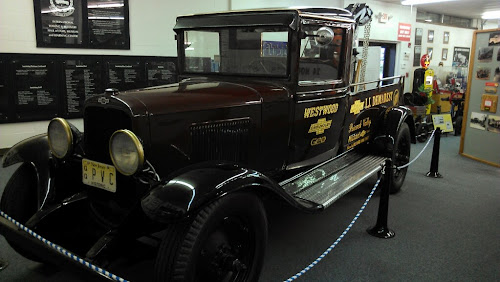 When my wife looked up from her iPhone and said there was a wreckers museum in Chattanooga I thought for one confused moment he meant Key West style wreckers - people in boats rescuing people in stranded ships and claiming their cargo. In this case it's the more modern version involving tow trucks. Yup. There a museum! 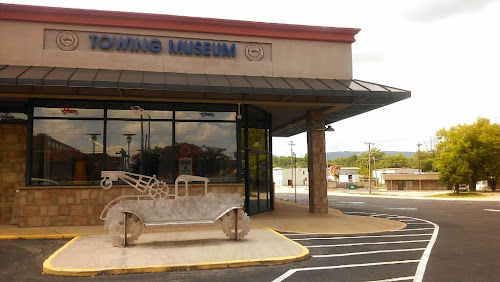 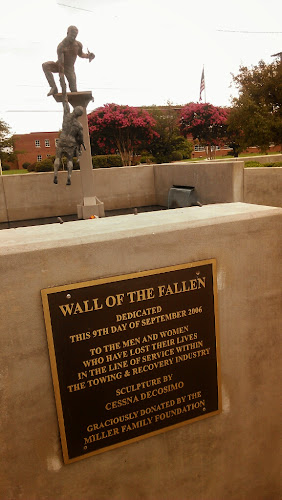 This place takes the art and silence of towing vehicles very seriously. Indeed the list of those who died doing this job was astonishingly long. Who knew? And why Chattanooga? 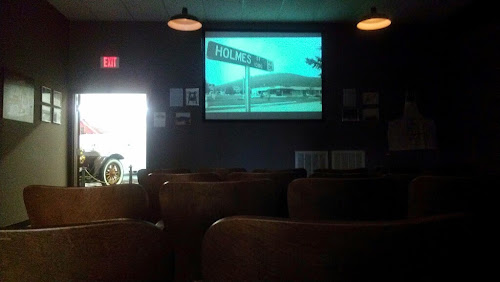 The answer to that latter conundrum was explained in the introductory film. At the beginning of the 19th century there lived a dude by the name of Ernest Holmes who was domiciled in this fair city. Around the time of World War One (in Europe) Holmes dreamed up the genesis of the modern wrecker, in Chattanooga. 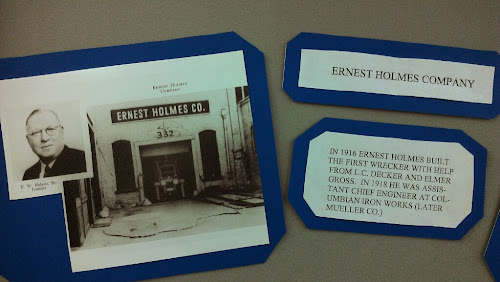 And here it was, named the 485 after the price he charged for it. Odd but true. 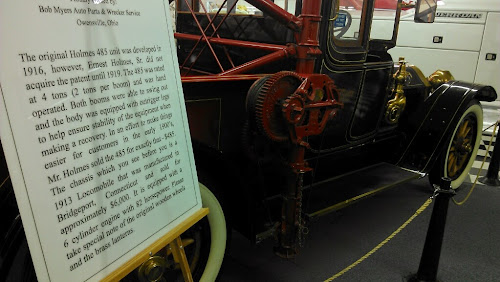 We were free to wander here and there as we pleased. So we did. 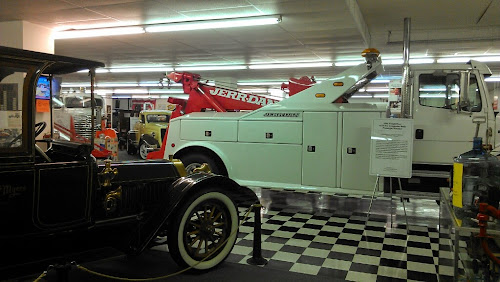 Owing to my total lack of knowledge of the field I thought I would add this link so you can read all about it: Home - International Towing & Recovery Museum. 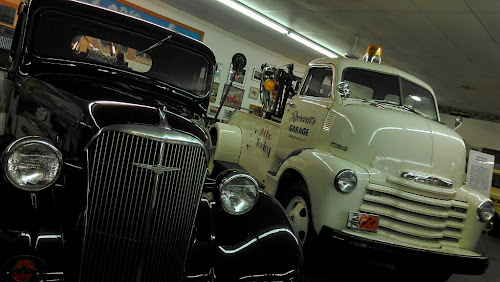 This little Japanese wrecker, powered by a two cylinder engine, called a Cony ended up in the States. It got short shrift from another museum goer for whom apparently there is no substitute for size. "Good for golf carts?" he grumbled."Ford Escorts actually," my wife piped up, reading from the information sheet. He gave her a filthy look and strutted off to look at the big boys of towing. I found the identical conversation online. How weird. 1970 Cony 1/4 Ton 2 cyl.engine-Rogner's Wrecker Palatine IL. | Flickr - Photo Sharing! 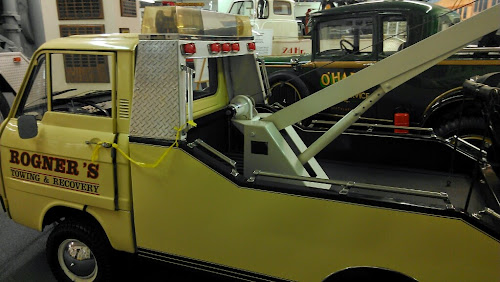 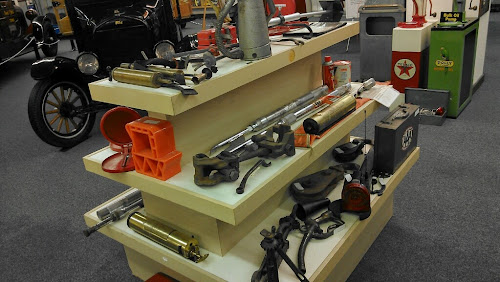 Things have only changed incrementally; they seem to have always been pick up trucks with a crane: 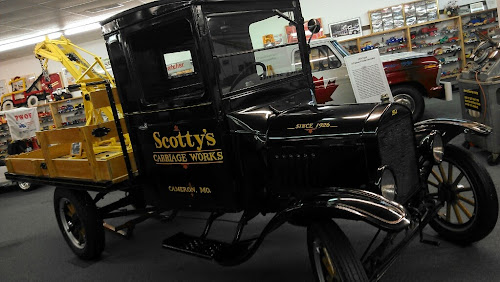 This is where they get careers started: 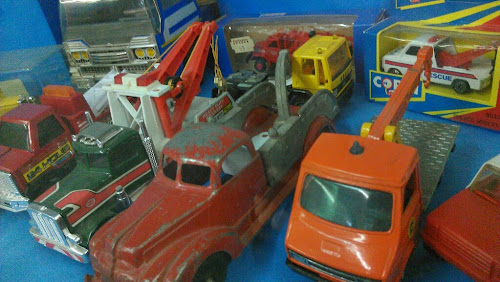 And this is an international museum. Members belong to countries in Canada, Mexico, Europe and Australasia. The toys are British and German: 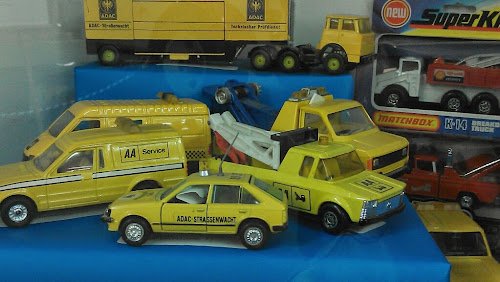 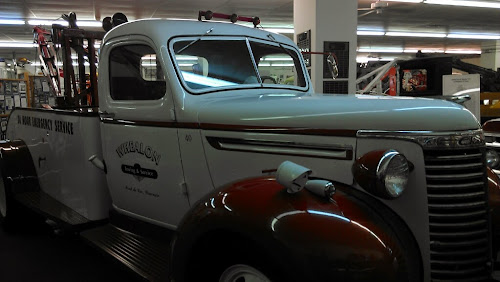 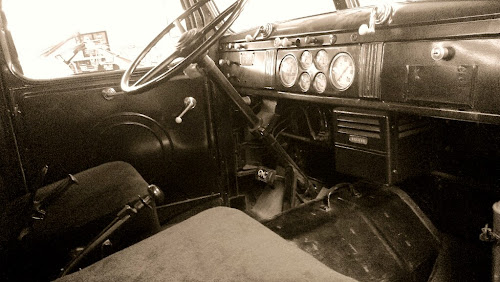 I loved this piece of craziness: 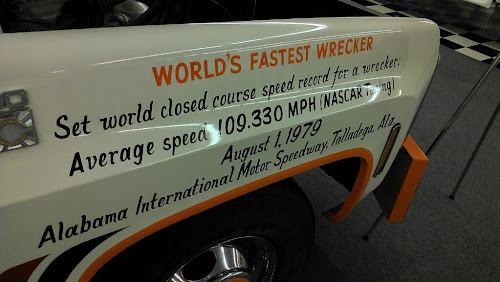 Even I could appreciate getting this truck, fully equipped up to 109 mph, such that the tires started to catch fire! Balls of steel these wrecker drivers have! 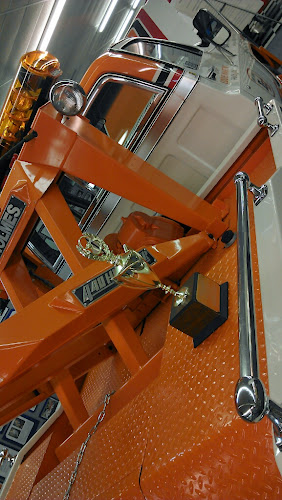 I like history, and if it's the history of towing so much the better. All I could think of was Bonnie and Clyde. Actually Chattanooga has some history in that department. This town was the scene of Machine Gun Kelly's last bank robbery. Machine Gun Kelly - Wikipedia, the free encyclopedia. This truck puts me in mind of the era: 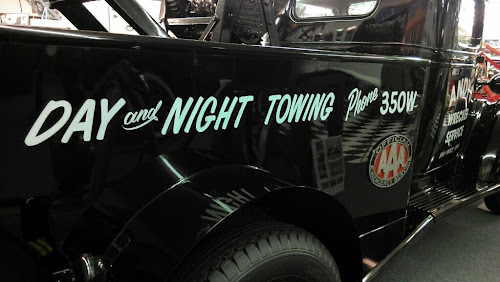 And the Hall of Fame, all white, mostly men, from all over the place. Key West gets no mention anywhere in the museum, unfortunately. 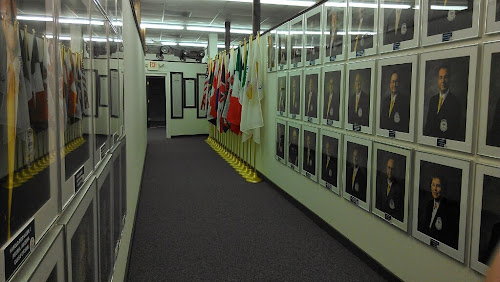 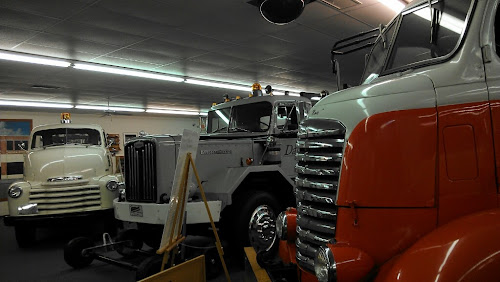 My wife got me a t-shirt because we really liked this place, as fascinating as it was unexpected. 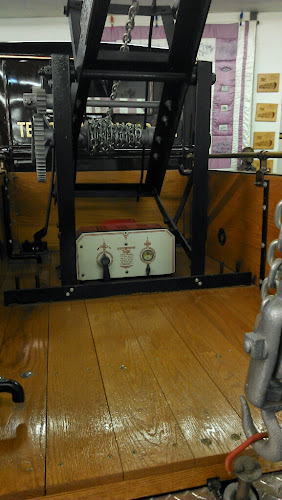 Great fun. I shall never look at a tow truck the same way again.