The date of the referendum draws near, barely a month away and the terms of the debate seem to be set in stone. Business interests led by the Chamber of Commerce want a study to consider the impacts of widening the ship channel into Key West. Everyone else says no thanks. "Everyone" is of course a exaggeration but that's what opponents would limit think. The truth will become apparent October First when the vote is taken. 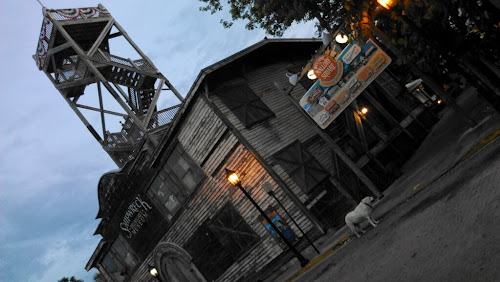 Cruise ship passengers land at the Outer Mole which the Navy ceded to the city while retaining control of the waters inside the basin. Those passengers come into the city on trolleys contracted for half a million dollars a year from Historic Tours. The bulk of the rest land at the Westin Pier and the city gets a much smaller share of those landing fees. A very small number come to Key West on cruise ships small enough to park at Mallory Square, block the western view and piss off the vendors who rent space to make their sales during the sunset celebrations. 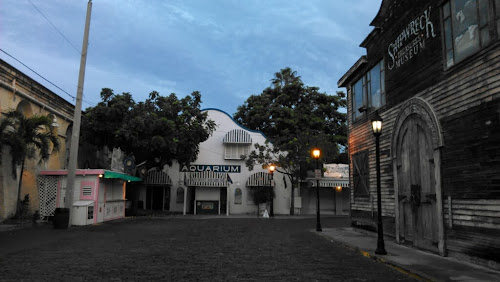 All of them want to visit the bar area of Duval Street and check out the museums and attractions behind Mallory Square and do a little dust catcher shopping. 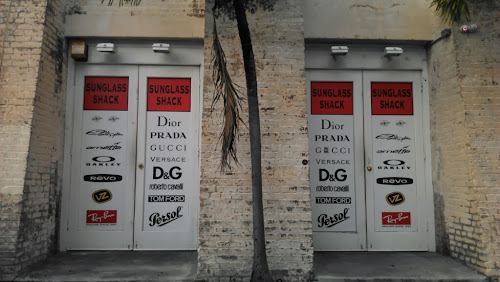 Merchants further afield express resentment they don't get the shoppers and the money off the cruise ships even as Loca residents complain about the crowds that descend off the ship in their thousands. It's a jumble of competing and conflicted interests. 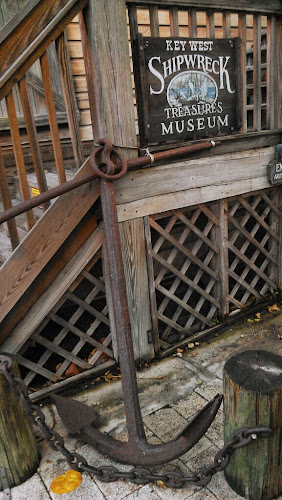 I took a cruise ship once for a week with my wife and it wasn't a terrible experience. Te ship managed not to feel crowded and though we didn't gamble or watch stage shows our cabin with balcony was comfortable, room service was great and the adult pool was very pleasant. Of all our stops in Mexico, Grand Cayman and Jamaica, Key West was the most lively and interesting to me, as I struggled to imagine myself a visitor to my own base of operations. 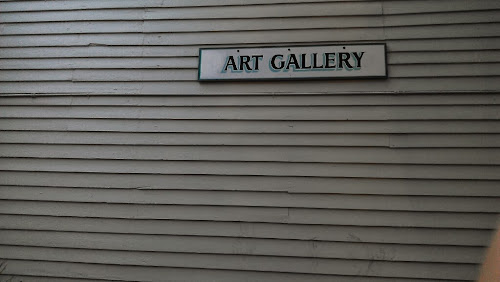 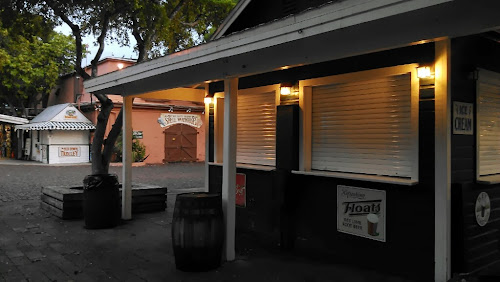 The opponents say widening the channel will be a never ending job and the silt from the operation will kill the coral, while silt moved by the movement of the giant ships will only add to the problem. They say a city of 23,000 can't comfortably manage 6,000 passengers from two concurrently visiting ships, but double that with two giant ships and the city will be overwhelmed. Key West's moribund environmental organizations finally figured out whe they stood on the issue and whispered their very reasonable opposition. Dredging the Key West Channel for Larger Cruise Ships: Referendum on the Horizon | Last Stand Puts fire in your belly doesn't it? 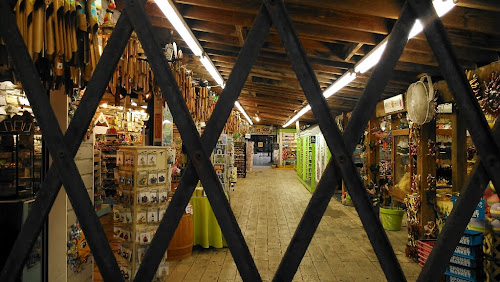 Proponents of land based tourism argue cruise ship passengers degrade the experience and Key West will lose visitors who seek an exclusive tropical vacation in the city. Proponents of channel widening say cruise ship visitors whet their appetite for Key West and come back to stay after visiting off a ship. 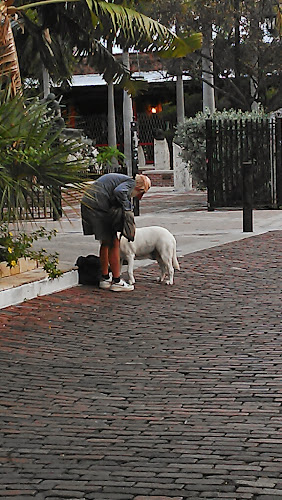 Proponents of the study say only that it's a study, opponents argue the study will pave the way for inevitable dredging to widen the channel. The latest argument now focuses on National Marine Sanctuary rules and the lawyers in the crowd now argue that dredging a new channel is specifically outlawed and can only get Federal permission by act of Congress that overrides sanctuary rules. That has been a tough nut to overcome but I have no doubt the will be plenty of argument over that either way the vote goes. 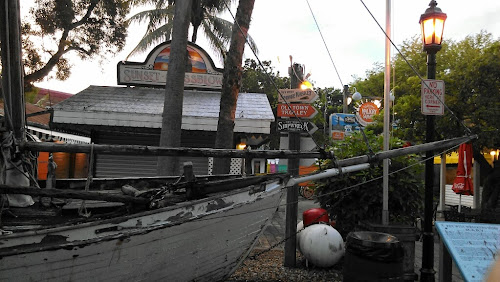 I don't see the vote as final either way. Thee is too much money and emotion at stake for either side to treat this referendum as anything other than merely an opening salvo in a prolonged siege. 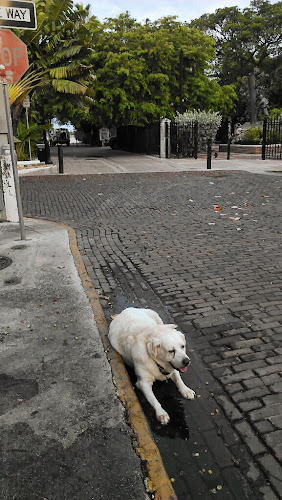 I am not attracted to this stuff, which comes to life by day and sees thousands of people shuffling around looking for mass produced souvenirs. 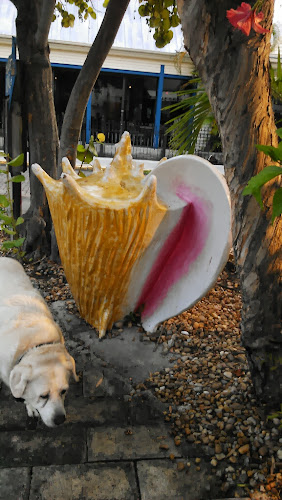 I have to say I chose deliberately to come in the eary hours to treat the space as mine own. 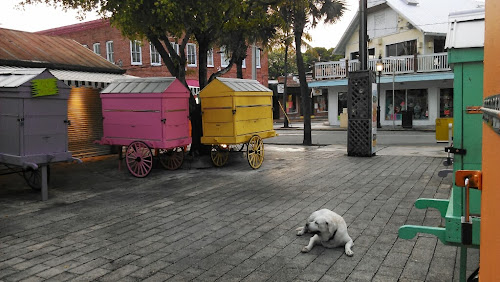 Mine and Cheyenne's of course. 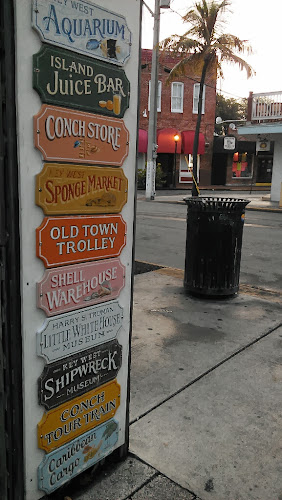 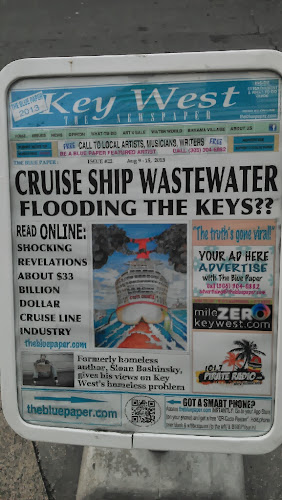 Even the current crop of "small" ships dominate the city skyline. You can see their distinctive smoke stacks across the city. 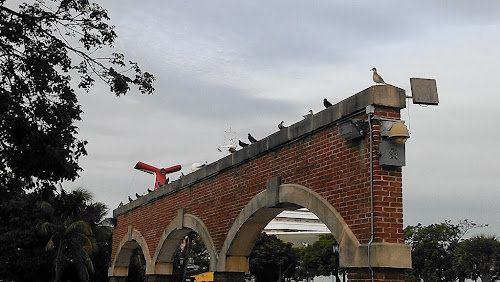 I wonder what this scene would look like with a ship capable of carrying six thousand passengers? 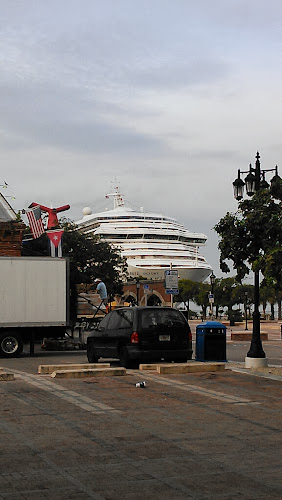 Cheyenne likes walking Mallory Square but in the heat of summer, even a modestly warm summer like this one she only has so much energy, and the cool bricks make a pleasant spot for to rest up. She wasn't actually locked behind a fence. I just made it look that way. 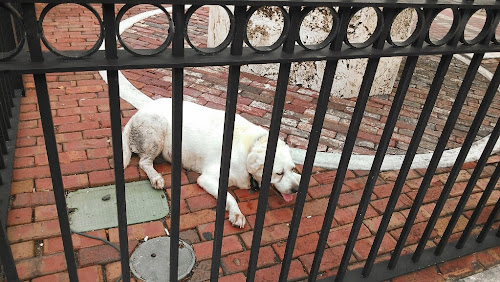 I took a quick look at the forthcoming season of plays at the Waterfront Playhouse but I don't think they'll be seeing me at this collection of over the top musical nonsense. I hae to hope the Red Barn puts on a few dramas this winter to keep me amused. 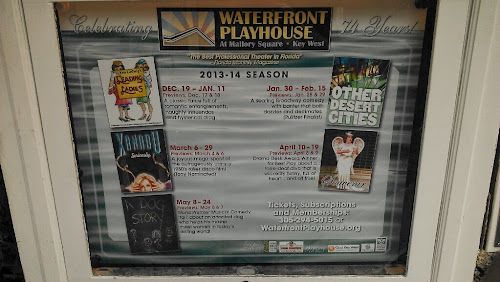 Happily I live in the county and I won't vote on the referendum. My interest is that my employer stay solvent and keeps paying me...but I have to wonder why our business leaders feel that selling the city for a bowl of cruise ship pottage is the only way the city's economy can flourish.