I have slipped from my overtime schedule into my regular work week schedule which means the New Year weekend is a blur of sleeping, walking Rusty and taking calls at work for emergencies real and sometimes imagined, thanks to the power of alcohol. Riding to work this week has been a crap shoot but so far I have avoided collisions with  distracted drivers though several memorable  near misses marked my ride to work Friday. Yesterday I pulled over on Highway One to create some separation from the other cars streaming to Key West for New Year's Eve. I just wanted to be alone. 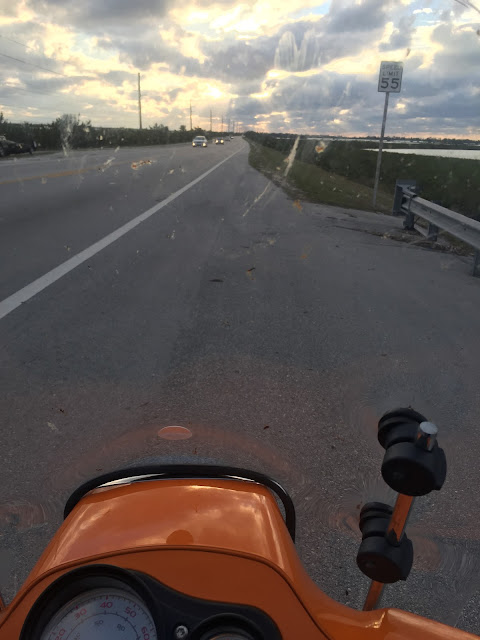 Clouds  were piling over the horizon driven by cool North winds and I was grateful for the cover of the windshield on the Vespa even though too many dead insects had smeared themselves on it, unwitting suicides. I don't set much stock in the change of the year. Orthodox Jews consider this to be the year 5775, Hindus think this is February 3102 and Muslims argue its  1438  and a few months...so calling tomorrow 2018 amounts to just one more human conceit. Still we need some sort of counting method I suppose to prevent collective insanity... In order to celebrate the end of the year, or just because I felt like it I stopped at Sandy's on White Street. 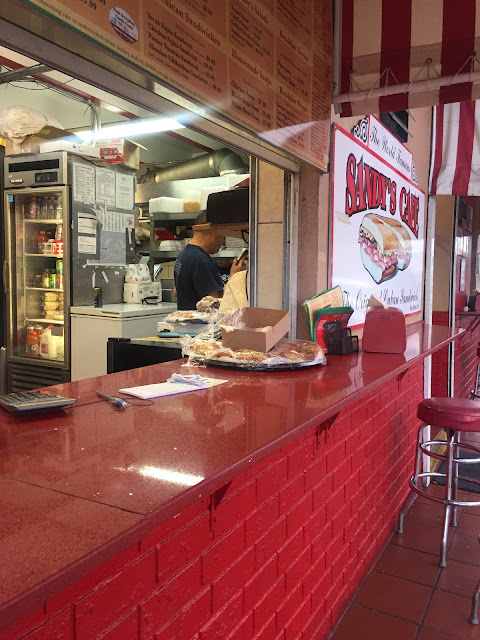 The place has changed a bit with English speakers in evidence. Recently I posted a picture of the new shop downtown on Fleming Street and there is a Sandy's food truck on the road as well. Change is good they keep telling us. So I had my usual, a con leche and cheese bread to fortify myself for 12 hours dispatching overnight. The hot milky coffee tasted good in the chill breeze blowing down White Street. Their new store on Fleming: 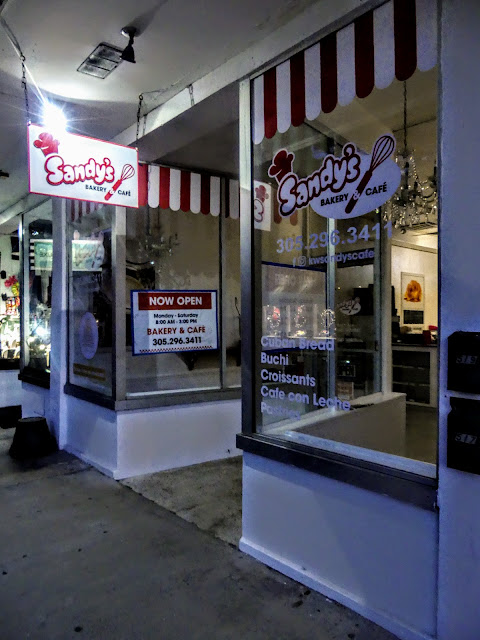 I got a chuckle out of the paper last week. It seems  a local construction company has plans to put 208 "affordable" housing units on Rockland Key near Mile Marker 9, close to the proposed Walmart. There are concerns about traffic and all the usual stuff but no one has dared say no to the Toppino family. They are the descendants of the cement company that won Flagler's contract to build his rail bridges more than a  hundred years ago.  Meanwhile the former owner of Sunset Key and the Westin Hotel, a relative newcomer, has been getting all kinds of grief for a similar, dare one say identical proposal for Summerland Key. He has been whittled down from 200 to 125 units at last count and maybe less before they finish messing with him. A stark reminder of the power structure in the Keys. 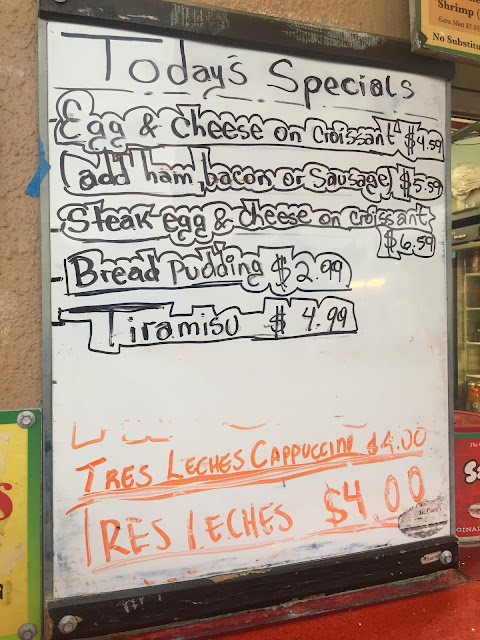 I posted a picture on Instagram last week of a Conch Cottage for sale, 2 bedrooms one bath 723 square feet with no garden to speak of, some off street parking and dingy little rooms- all for $1.2 million. When I took the picture I guessed half a million as an example of excessive pricing, maybe three quarters of a million if it were nice or had a pool or something. One point two million, which apparently no one has paid in a year of asking, seemed like a lot even to jaded old me. 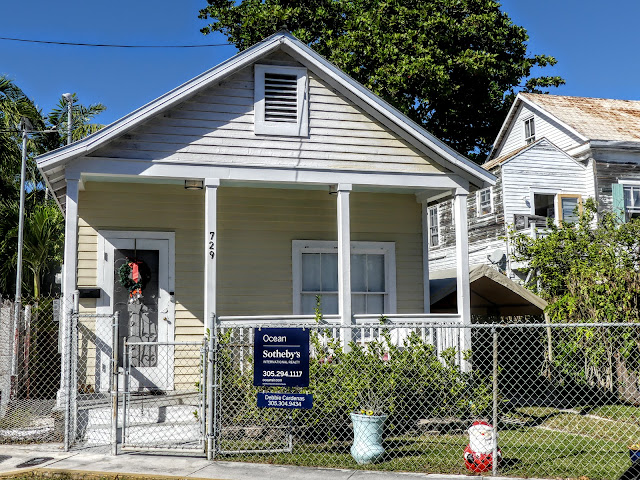 The pity of it is that people who make interesting neighbors are driven from this town by these prices. I am not attracted to the types of people who see Key West as a drinking town where they can let loose the inhibitions they have to rein in at their home bases Up North. I don't see myself as a Bohemian in anyway at all but if I have to be around people I prefer to be around self absorbed and perhaps self destructive artists than nouveau riche prospectors mining Key West's  frost-free real estate. And in 2018 I see the prospects continuing to shift in that unhappy direction. 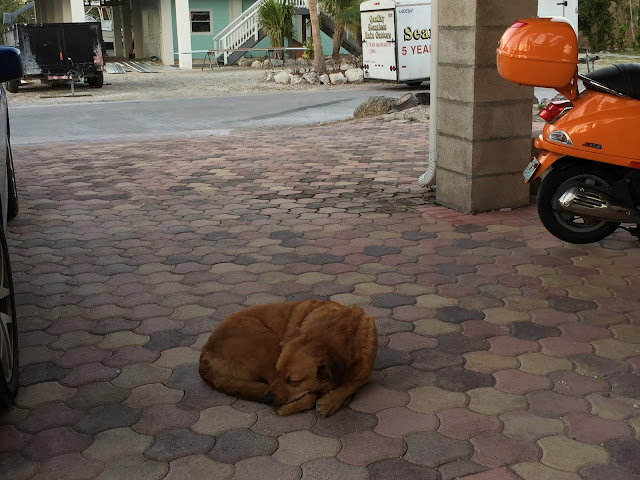 For 2018 I hope the wilderness in Little Hamaca will survive a little more benign neglect, I hope hurricane season is mild and November elections offer positive results for a gentler future. It doesn't seem like a lot to ask.
Posted by Conchscooter at 12:27 AM 5 comments: Links to this post