I saw a flock of ibis when I stopped by work one day and I though they looked rather cute standing around waiting for something from the passing police cars. I was advised later they left a bit of a mess on someone's car, so even though I like o think of them as quiet clean birds, unlike chickens, they have their drawbacks. 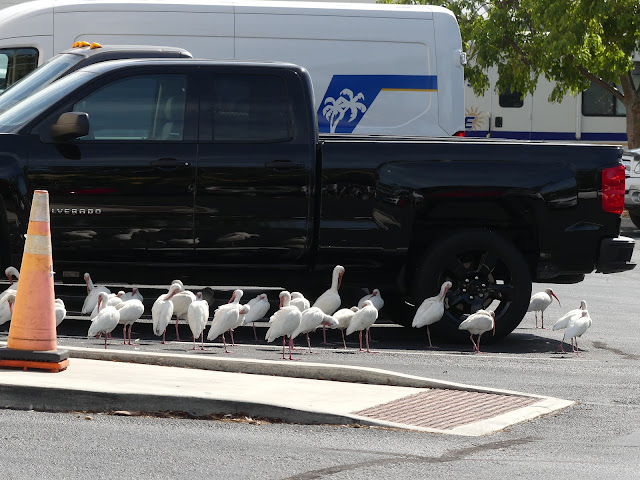 The Nature Preserve on Atlantic Boulevard is where you go to enjoy birds, at least in theory, if the signage doesn't frighten you off first: 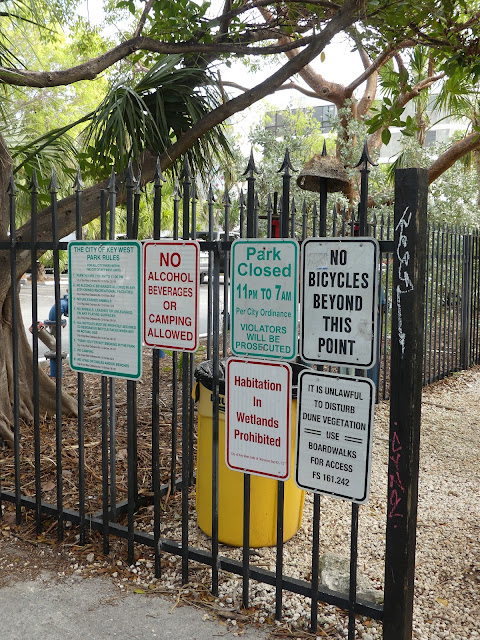 The massive (by local standards) condos to the east dwarf the little wooded trail: 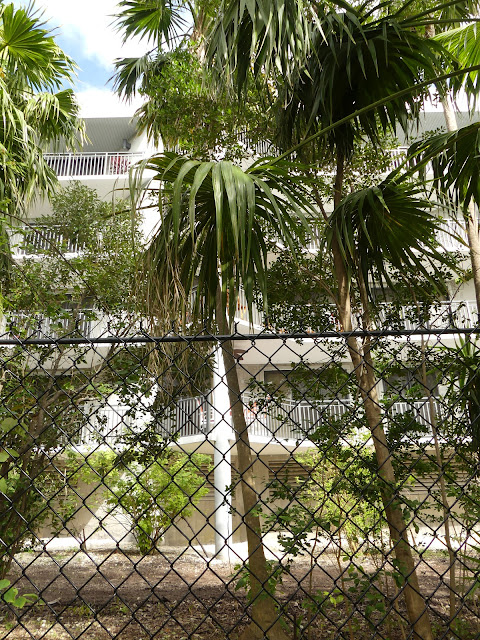 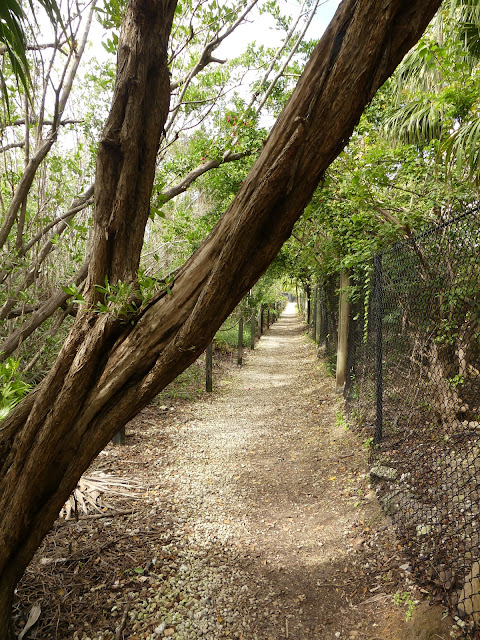 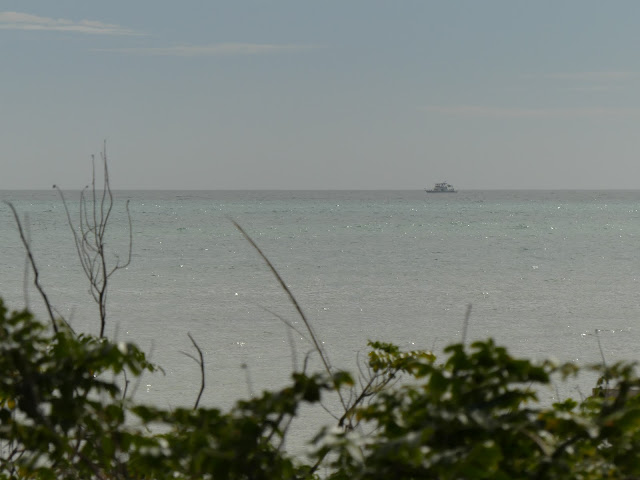 Hurricane Irma has caused some beach erosion, speeding up the process of sucking the sandy shoreline out to sea. This was the beach at low tide five years ago, much as it looks today. 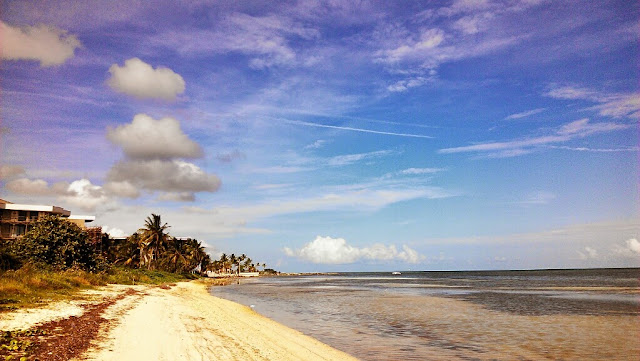 Habitation is actually permitted if you are prepared to buy an $800,000 condo built on the wetlands: 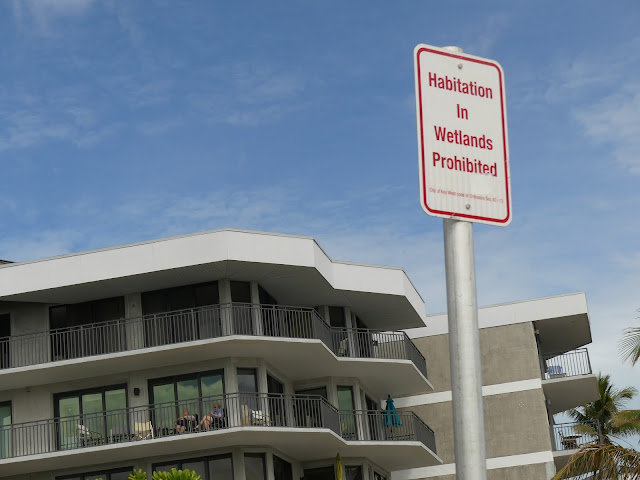 Or if you choose to rent one such for a sun filled week in mid winter: 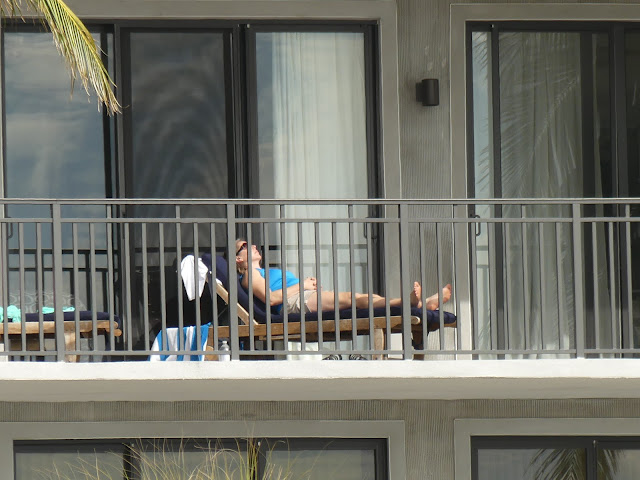 Smathers Beach the main public beach in Key West, is just around the corner. 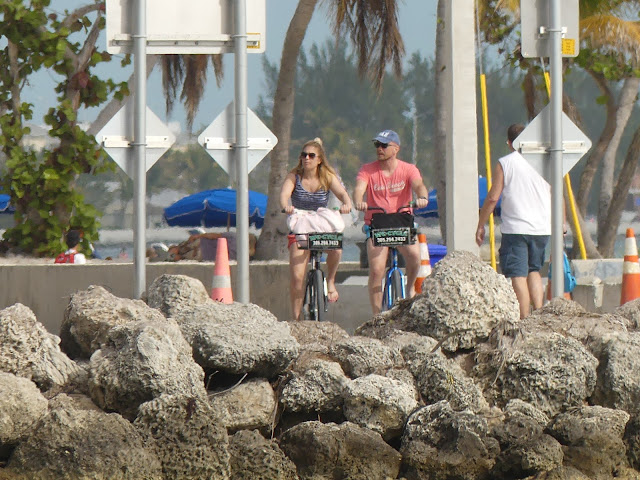 There is enough seaweed to feed passers by on the beach: 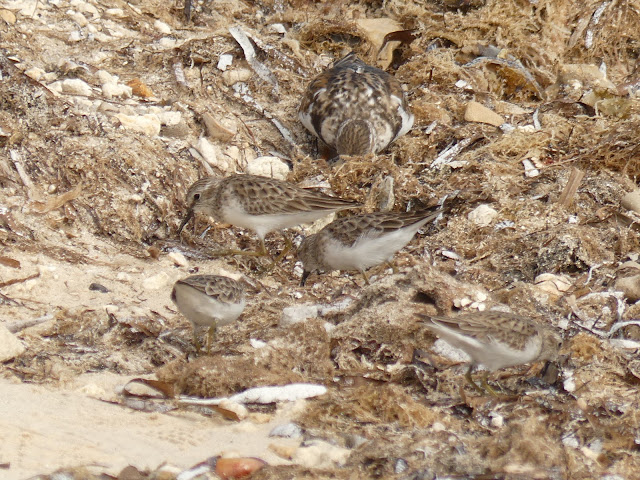 I saw a bit more of nature in action on the water than on land. A pair of pelicans were traveling and feeding together, a maritime bar crawl: 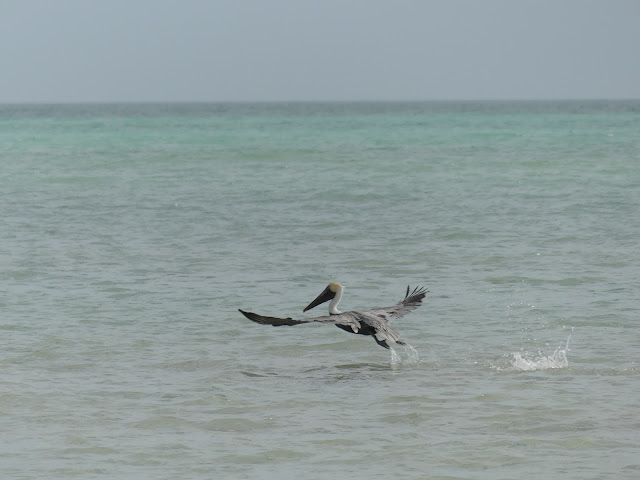 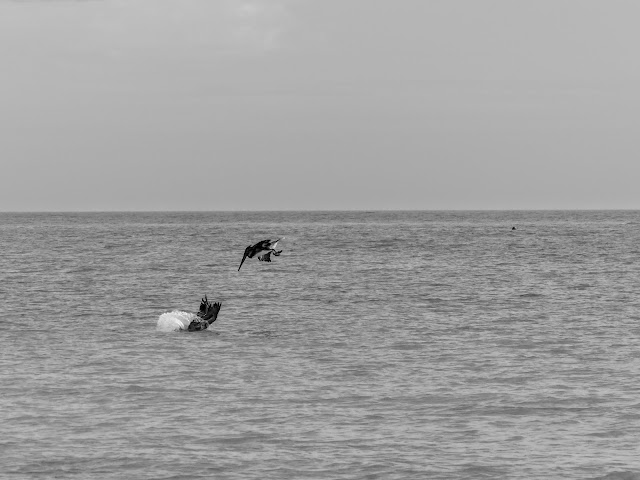 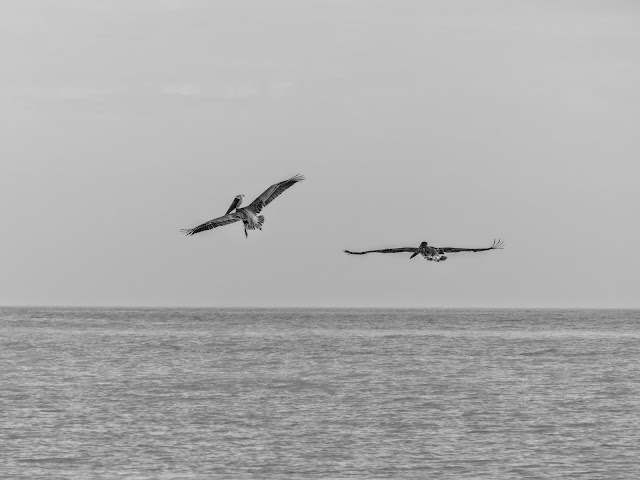 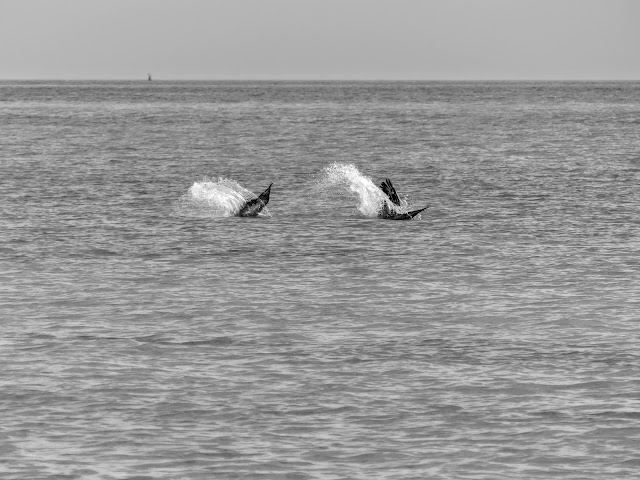 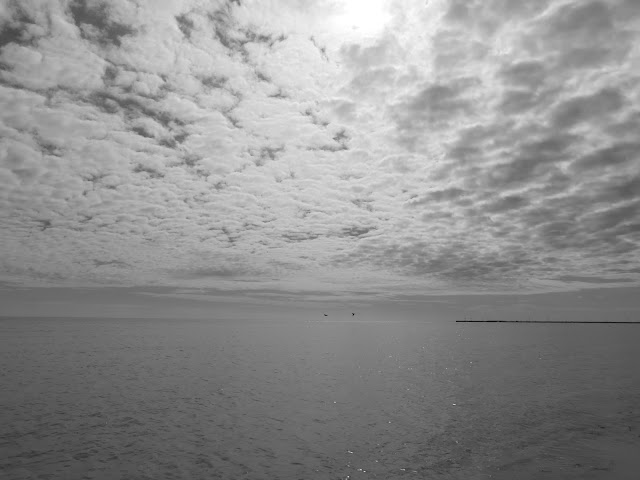 A mackeral-ish sort of sky.
Posted by Conchscooter at 12:00 AM 2 comments: