I parked on Southard Street near White Street where I found a handicapped spot. Off we went. 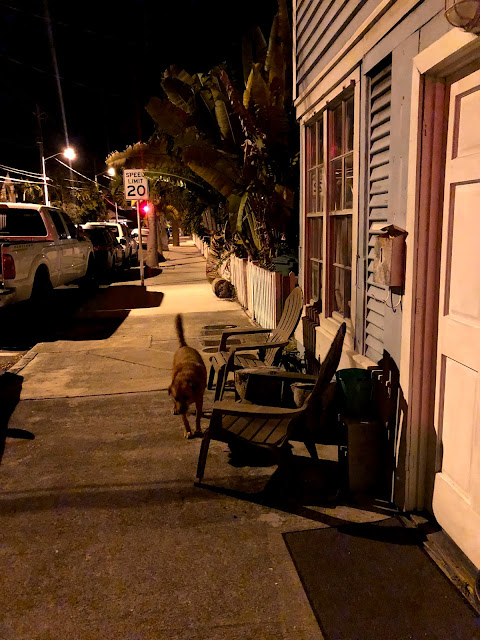 Night pictures come out really easily and well with the iPhone 8. This is the Grace store at Frances Street I think. 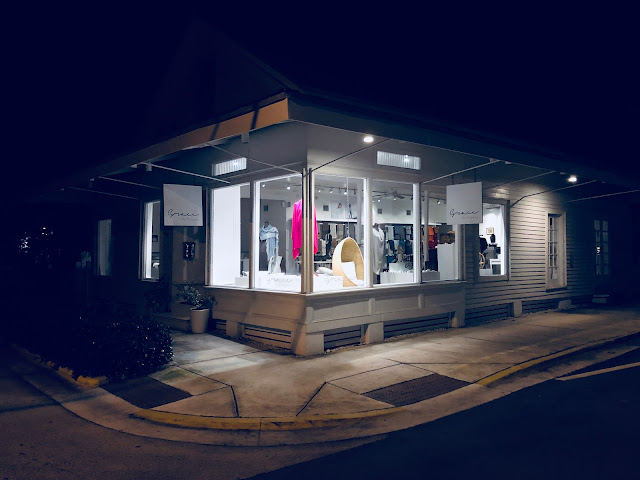 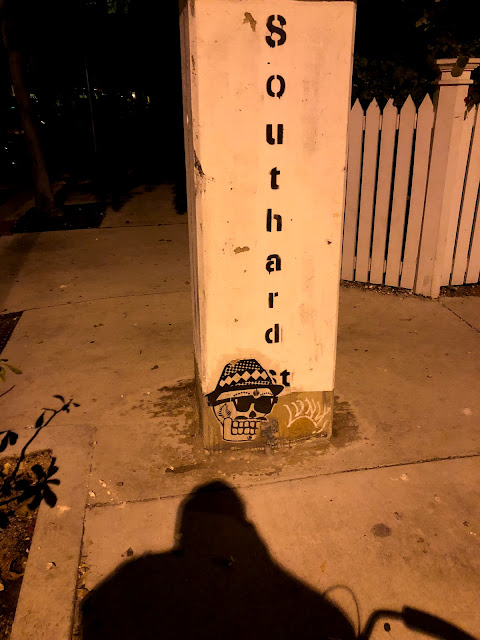 Then we moved on as my legs were tired and I wanted to let Rusty out in a place I could supervise him. So we went to Bill Butler Park. 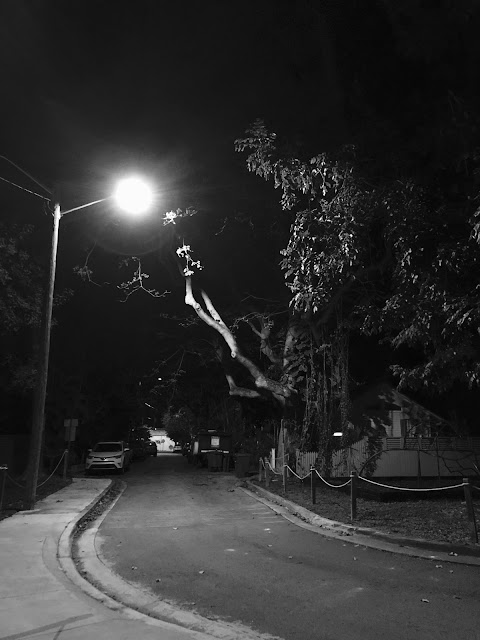 People often ask me if I get accosted or threatened in the middle of the night on the streets  and the answer is never. However there was some guy loitering around the corner in the park. I don't think he meant any harm as he was visible in a  white t-shirt watching me lift the walker out of the trunk and then set it up to sit in. He said nothing then flitted away. Probably just some nervous guy out peeing a  very small dog. 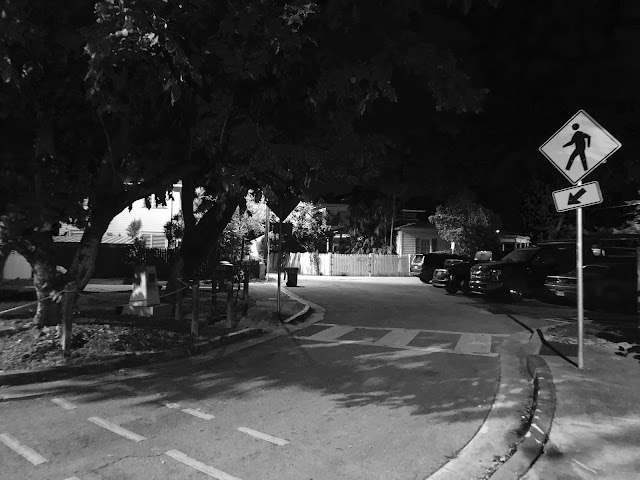 I liked the look of the park in black and white. 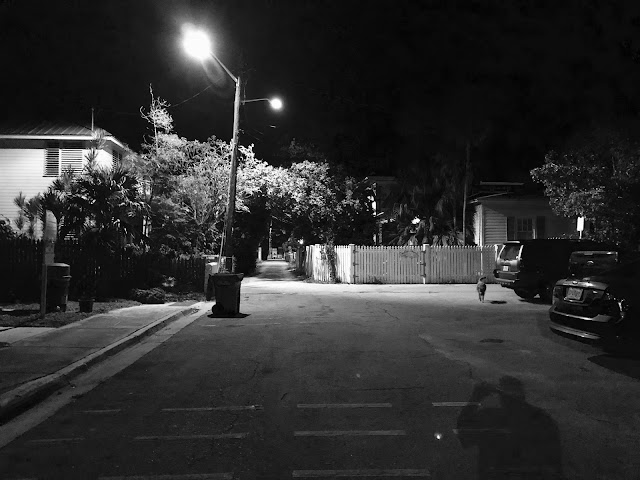 Then we went to Bahama Village where the world was starting to wake up up so I put Rusty on a leash and tottered after him for a few blocks on Emma Street. 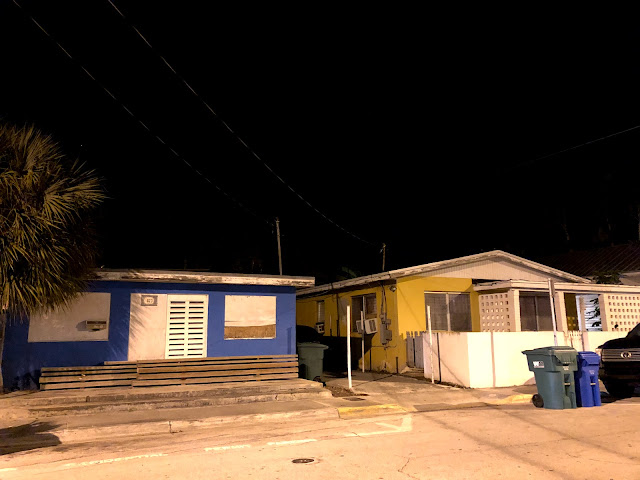 My legs were giving out so it didn't last long. 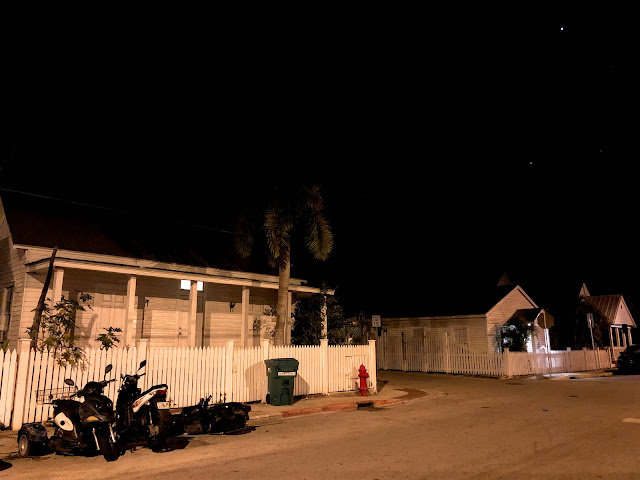 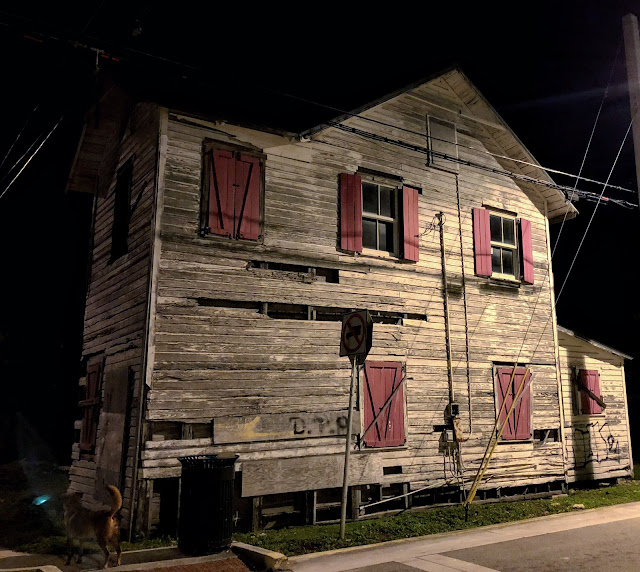 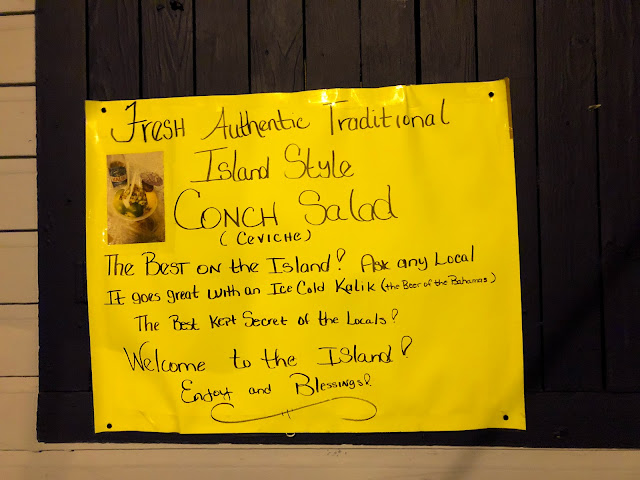 And so back to the car, and as the sun came fully up back home to rest my legs and my pelvis and my dog.
Posted by Conchscooter at 12:00 AM No comments: