Fog And A Dog In Old Town

I took these pictures earlier this week, after work and with Cheyenne who loves the cool of winter. She was on a mission to lead me on a forced march through the deserted streets. It was between two and three in the morning, and despite the fog which we associate with cold clamminess I walked behind her in shirt sleeves, torn between snapping pictures and keeping up. From time to time she stopped to look back at me balefully wondering what the hold up was. 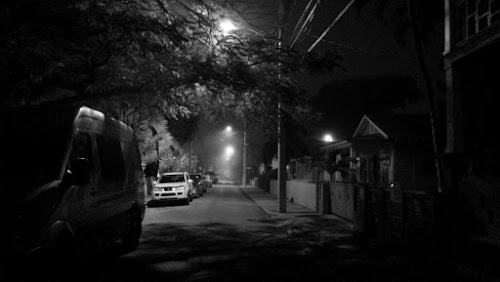 The picture taking was frustrating, partly because the dog, whose walk this was, wouldn't slow down and sniff something to give me time to frame a picture, but also because the fog took the edge off everything. I felt as though I couldn't get anything in focus. 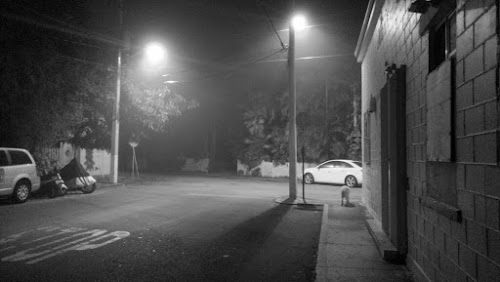 There she is, looking at me demanding to know why I can't get a move on: 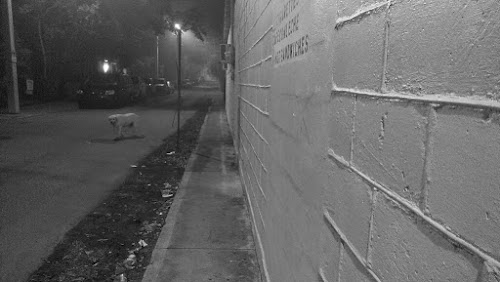 From Charlie's Grocery she led me straight down the lane to Bill Butler Park. 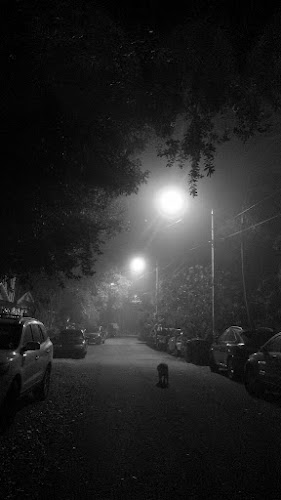 And on past the usual collection of lovely Key West homes and their greenery. 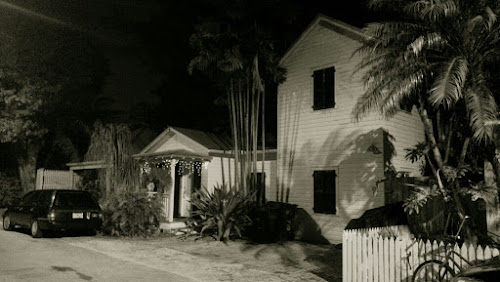 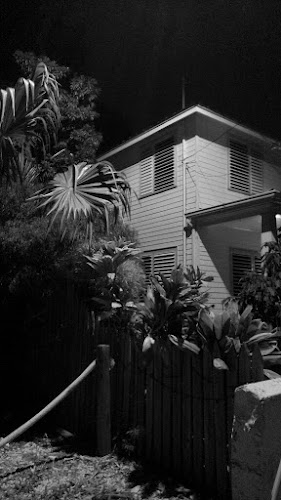 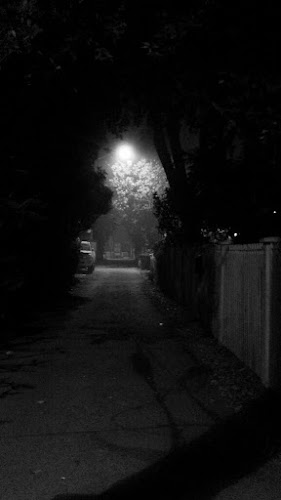 ...my Labrador. I was her shadow for a change. There she is in a feeble pool of light, waiting for slowpoke: 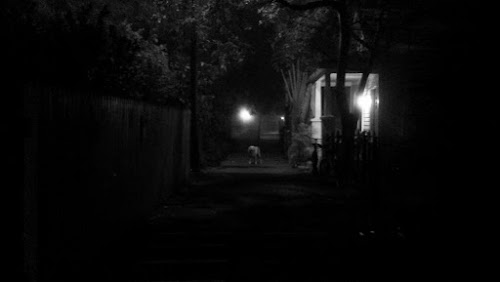 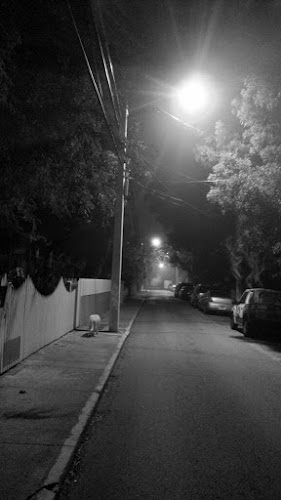 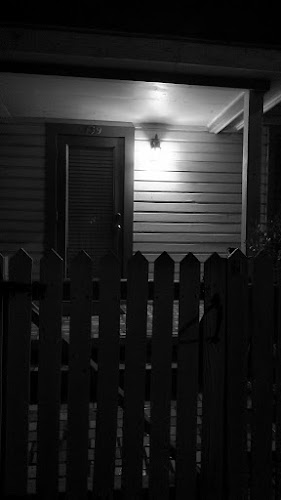 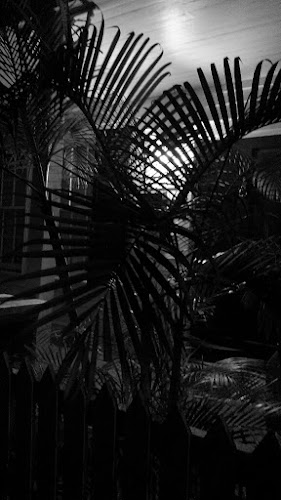 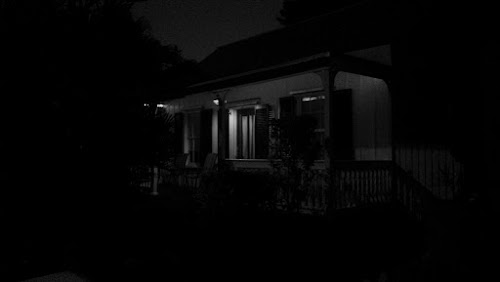 A lone cyclist wrong way on Olivia flashed a light at me as though I were in danger of not spotting her and running her down; literally as I was still on foot. 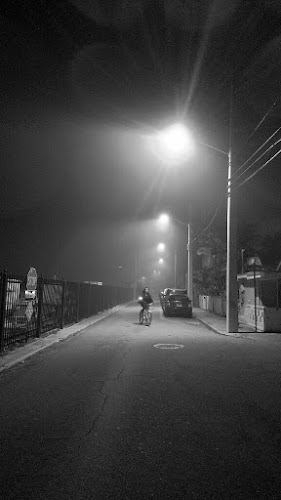 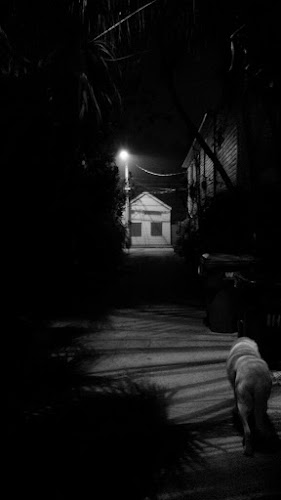 She was panting like a steam engine after an hour of this, 14 years old and unstoppable. Every day I am grateful for her. How else would I see the world through her amazing eyes?