Almost exactly two years and two weeks ago we were on a road trip which aimed to get us around West Virginia's mountains and hollows. As it happens Google Maps drove us through quite a lot of Ohio and we ended up in Columbus buying interesting food. It turns out the drive from Michigan to Therese's place in Pensacola can take an ardent van driver through Columbus and that is reason enough to make anther stop at the North Market. 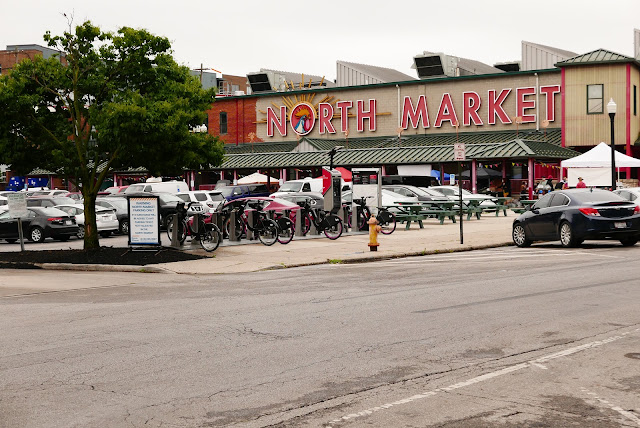 Before we can undertake an expedition there is one job that has to be done first and Rusty was quite up to the task of being walked. 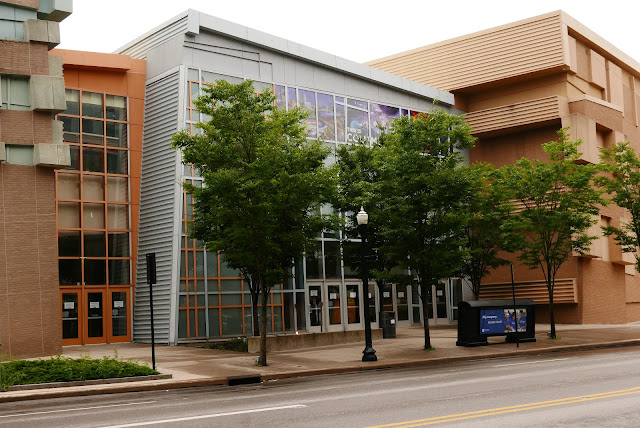 The Greek Orthodox Church took up a fair bit of his attention with its extensive hedgerows filling in for battlements around the church. 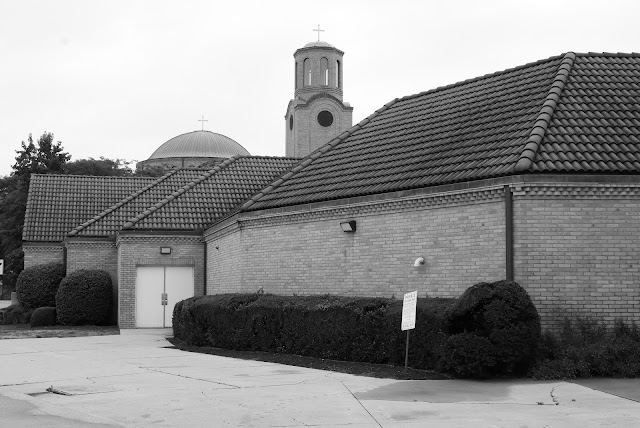 It was a gray blusterous day with rain squalls sweeping through though it wasn't so cold I wanted long pants. 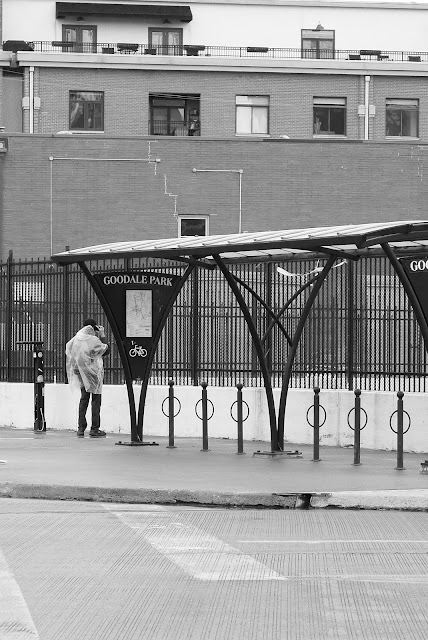 I felt like there was so much to see in the downtown, so many quirky little details and I had time to see none of them. 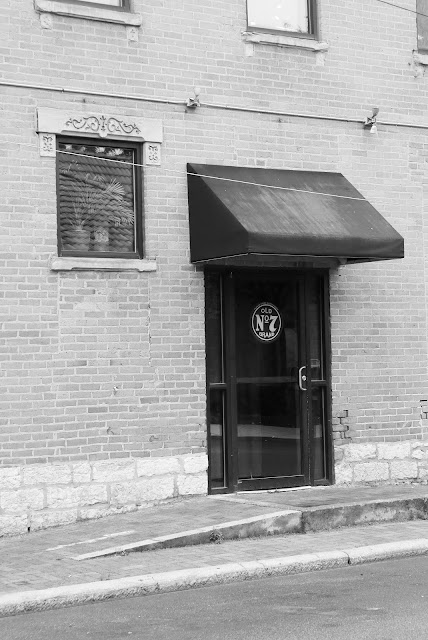 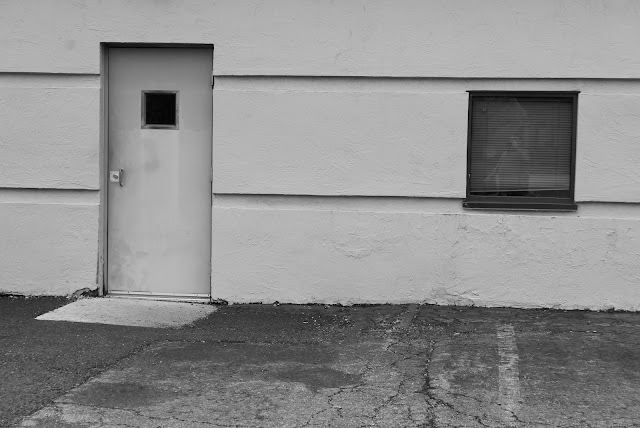 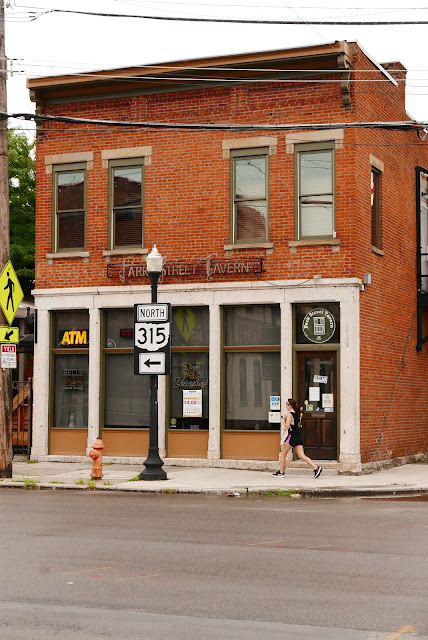 Then with Rusty snug in the van with the roof fan on high and him sleeping in his bed we got down to business. 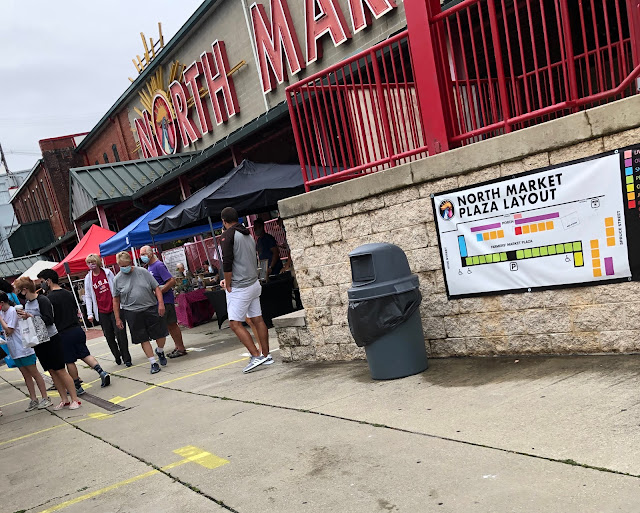 Masks required and most people were very aware of distance and limited customers one each space so the shopping was relatively easy in these difficult times. 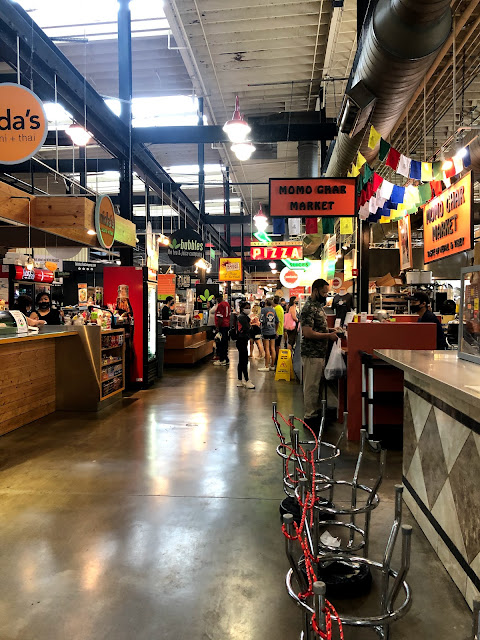 The market was as fun as we remembered it with a wild variety of foods. With the van parked outside we had a small fridge and a small freezer at our disposal plus the means to cook almost anything which make it possible to set aside some mushroom ravioli for dinner and save some more flavors for the freezer for later. 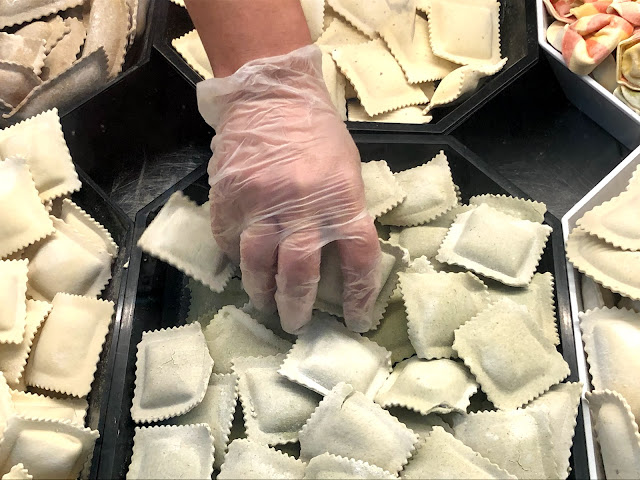 It was oo bad we had stocked up, or overstocked on cheese in Ann Arbor. 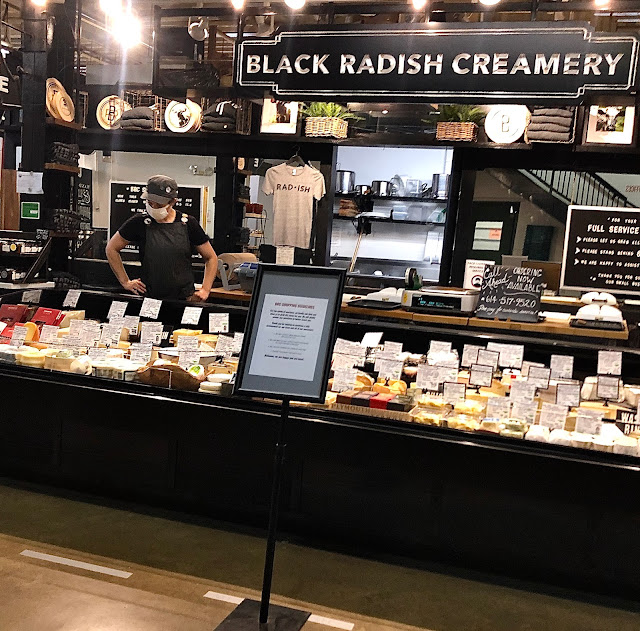 The outside world and its problems penetrated ours for a brief while. 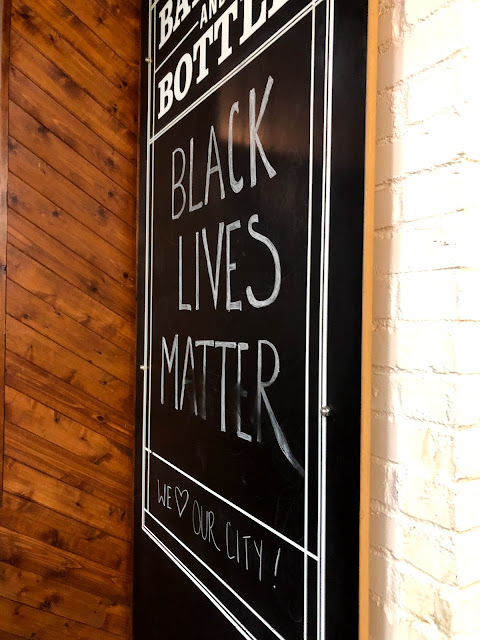 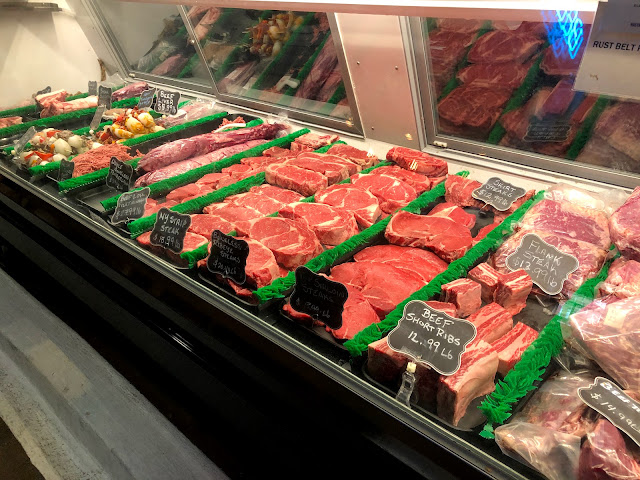 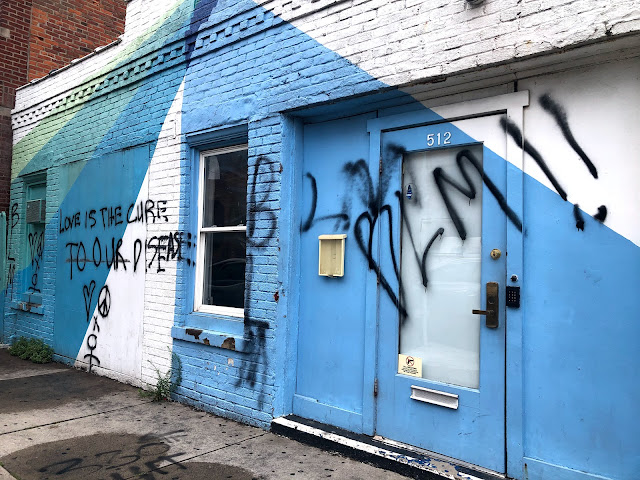 As usual the van fits in a. car space. Columbus charges a whole dollar per hour for metered parking as opposed to Key West's four dollars an hour. 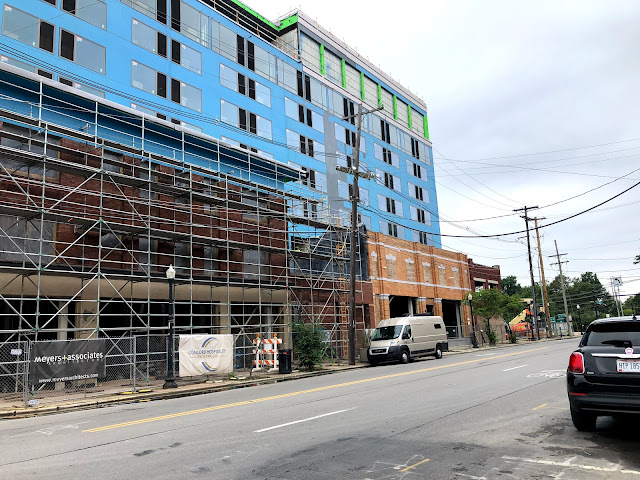 Nepali pork dumplings for lunch tasted pretty Chinese on the whole, the sort you can buy anywhere but the sauce was exceptional, peppery and citrusy all at once. Lots of them for two of us for nine bucks. 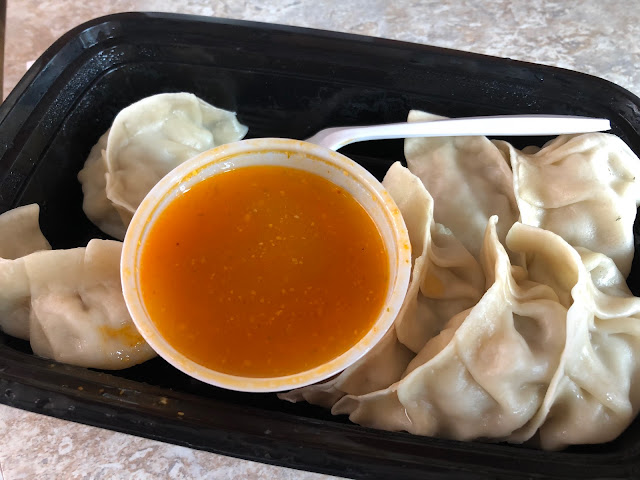 Rusty aspirated his treats and took a nap  right there on the sidewalk. A nice midwestern lady  knocked peremptorily on my window as I ate my lunch at my desk and asked in the manner of a drill sergeant if "that dog" was mine. I gawped at her with a dumpling half way to my mouth, while my wife quicker witted than I assured her that Rusty was alive and lived with us.  Layne thought she was being nice while I thought she was being a bit odd. He likes napping outdoors, what's wrong with that? I like my nonconformist dog. 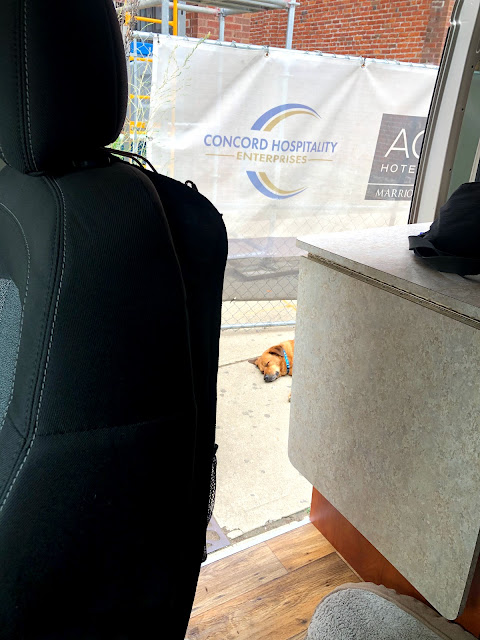 Posted by Conchscooter at 1:00 AM 5 comments: