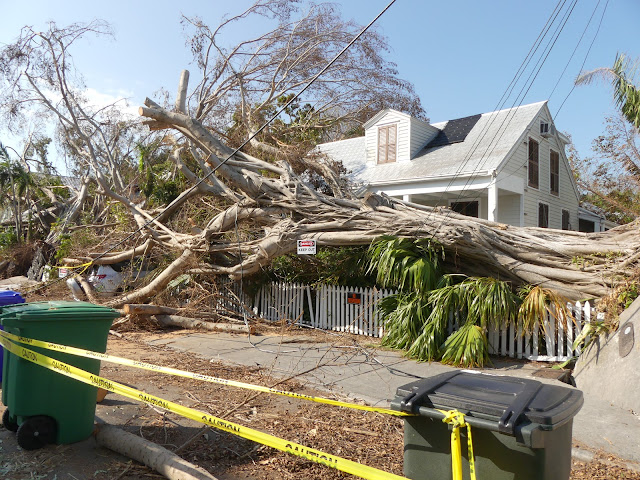 This is where the damage happened and the house is the worst damaged in Key West. Talk about scapegoat poor buggers: 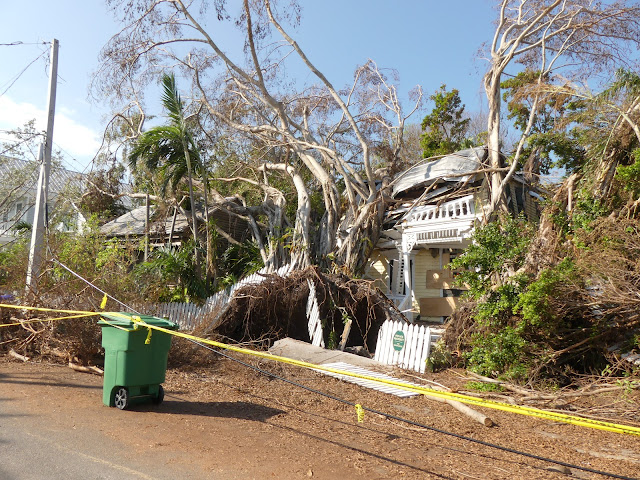 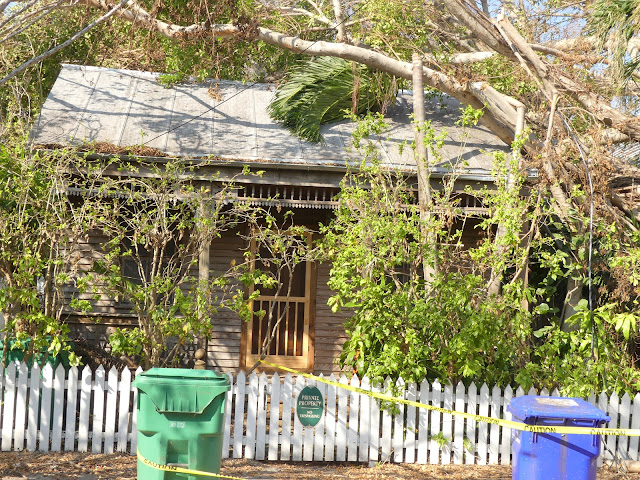 There's tons of debris still in the streets: 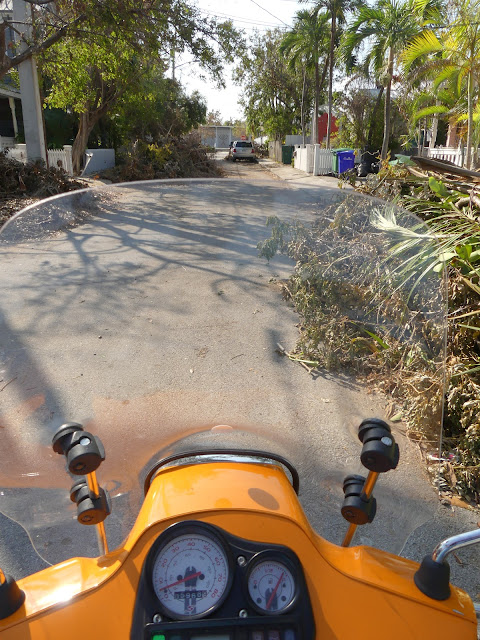 Which deosn't stop people driving like there's no trash in the streets at all. 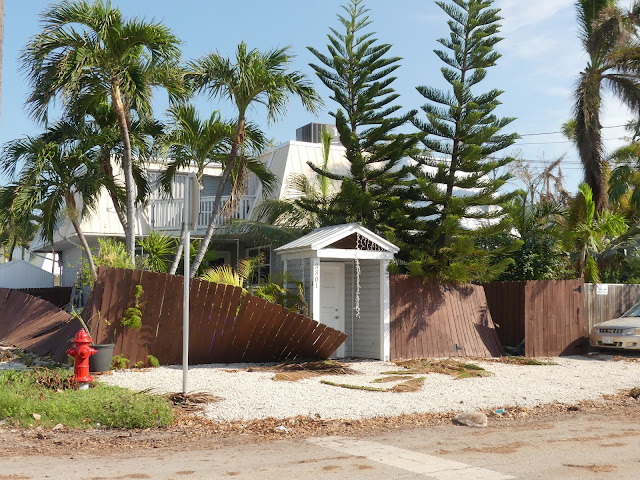 Smurf Village seems to have done amazingly well. I'd never have given those homes a chance in a Category Four. 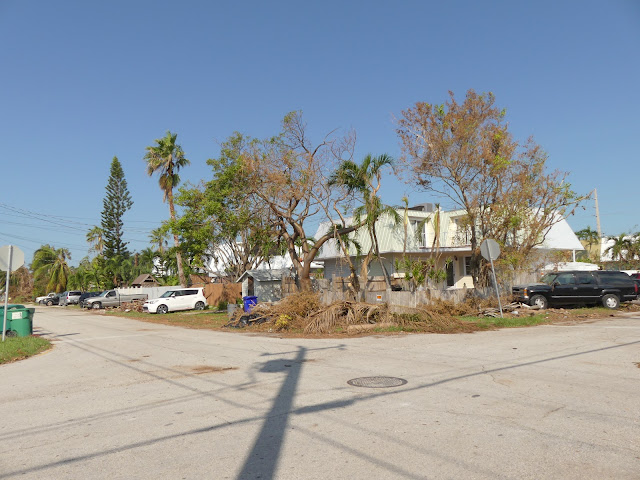 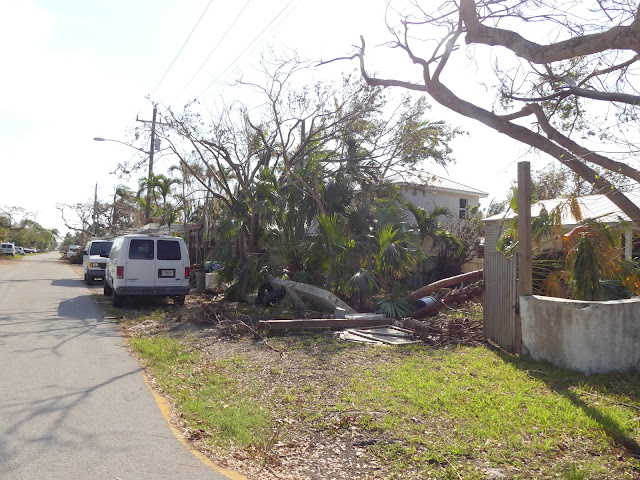 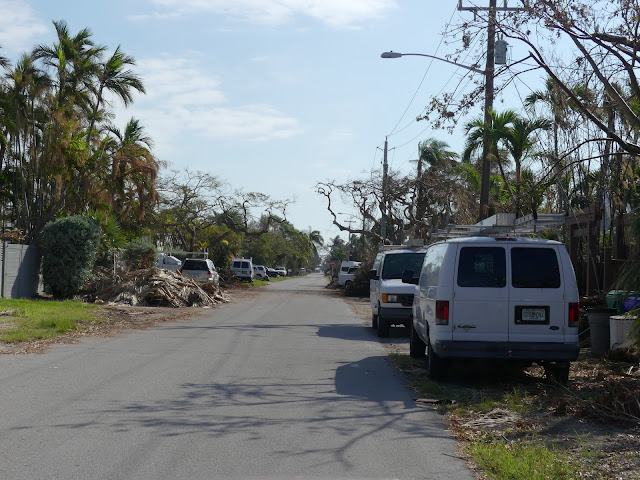 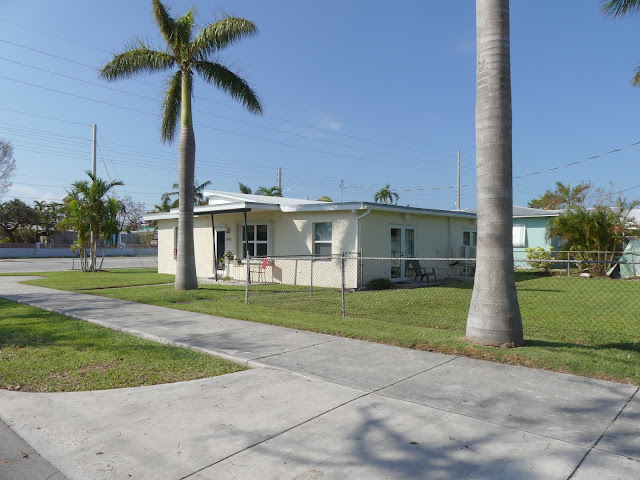 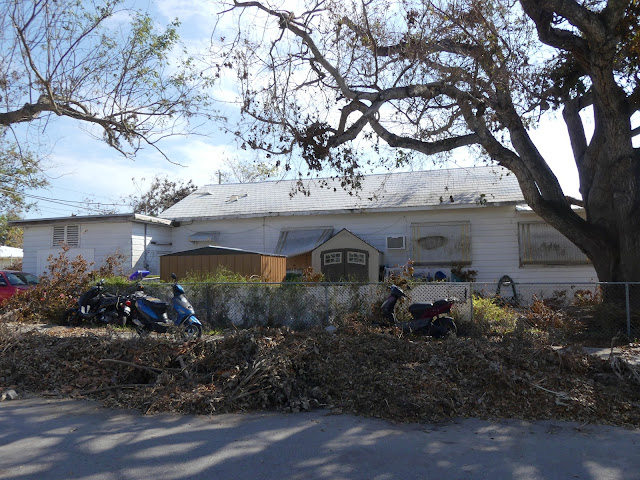 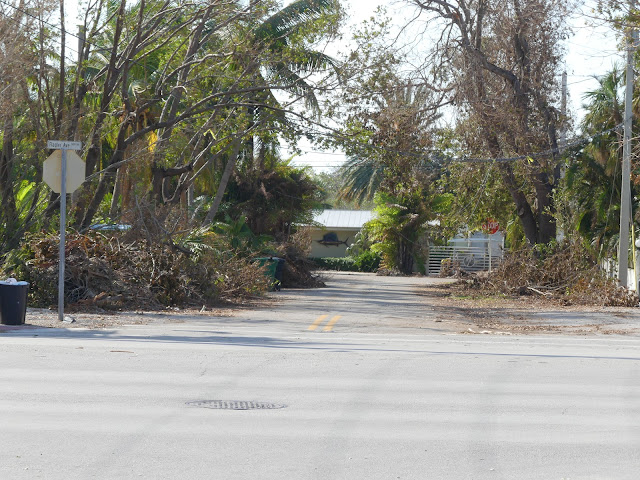 They say tourists will be allowed back October 20th. Or first or something.
Posted by Conchscooter at 12:00 PM 1 comment: