Lobstering In The Keys

Lobster mini season is over for another year and the boats and trailers are lining up on the Overseas Highway like the army in retreat that they are. Summer used to be a time of quiet in the Keys but the distinction between the traditionally busy winter tourist season and contemporary summer tourism is shrinking. Every weekend sees some new activity to maintain interest in these islands, Hemingway, silly boat "regattas" or trinket festivals and "celebrations" of food and drink; all amalgamate into one long tedious summer of not sitting still and thinking. Silent contemplation has fallen into disfavor unhappily. 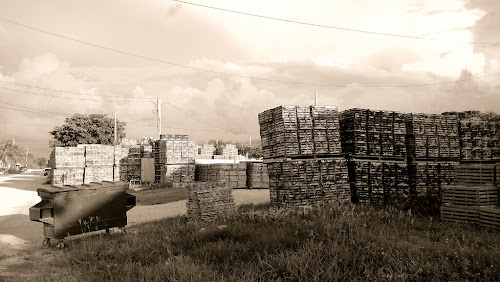 Now that outsider amateurs have had their two day lobster rape romp the serious business of commercial lobstering starts up next week and continues through March. Mini season this year saw one woman killed and another critically injured in a boat accident, but the numbers of illegally caught lobster cannot be counted, there are not enough law enforcement officers around to keep thoughtless amateur lobster hunters on the straight and narrow. 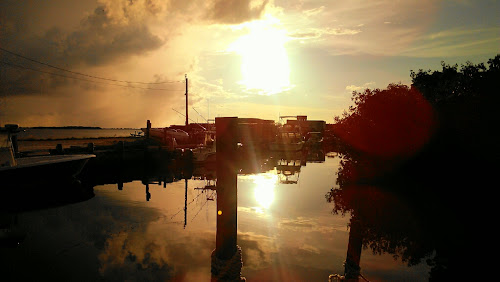 I came home quietly, I thought, after another night at work, however I suspect Cheyenne heard the Bonneville pull up under the house. The motorcycle isn't what wakes her as she knows what time I am due home, and yesterday I was twenty minutes late so she was wide awake. I crept quietly into the house planning to wake her on her bed when I realized she was outside, around the corner, listening for my footfall. She was pleased to see me despite my childish deception. Dogs are very forgiving that way: 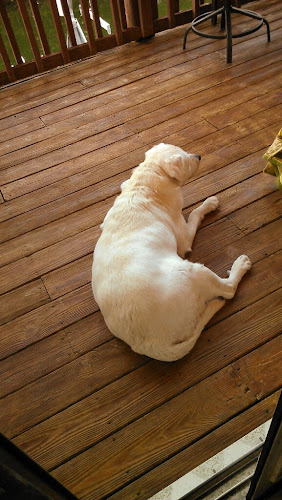 In the heat of summer she loves her early morning walks but where to take her is a daily question. Yesterday we crossed one bridge from Cudjoe Key and I settled on Horace Street as a short walk with lots of things to interest a curious Labrador. 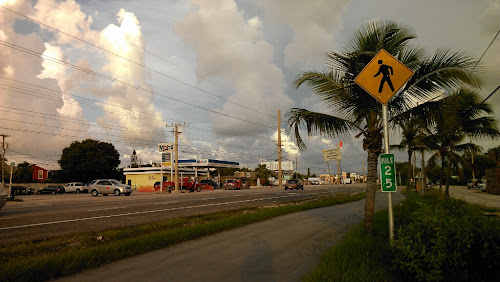 And then I remembered lobster season. Commercial fishing reminds me of farming, inasmuch as it is often a family business that puts its practioners close to nature. Like farmers, fishermen are constantly bitching about the weather and market prices. Similarly a bumper crop tends to be universal so when the harvest is abundant the price drops and conversely the price leaps when the harvest is sparse, leaving fishermen and farmers in a constant state of anguish. It seems like a horrible life to me but they love it. 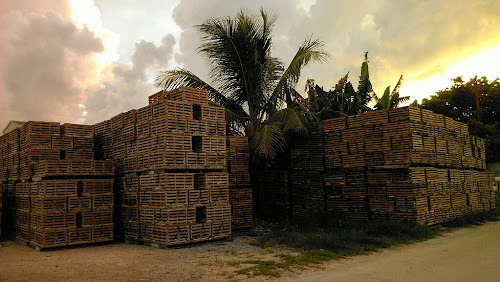 I don't know if fishermen actively envy other practioners of their craft in distant places, but after our summer road trip to Maine I wonder if a Maine lobsterman shrouded in summer fog, surrounded by vicious random rocks, dealing with horrendous tides and freezing July waters envys the easy life of a lobster hunter in the Florida Keys. Gentle winds, modest tides, only occasional thunderstorms while fishing in your underwear... It sounds much nicer to me to be down here. Less heroic perhaps, but more bearable if fish chasing is your bag. 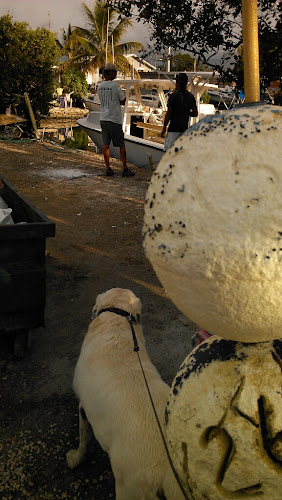 I have heard a great deal of noise about how vastly superior clawed Maine lobster are, over scrawny little crawfish plucked from Florida waters. Therefore when in Maine we tried lobster rolls hither and yon, small lumps of sweet bread split down the middle and filled with cold lobster and mayonnaise. The sample shown below cost eight bucks in Portland Maine eaten outdoors on a hot 70 degree afternoon just last month. It must be obvious that I am no connoisseur of lobster but I can only say I can't taste the difference. Furthermore it may just be a function of my perverse nature but in a society that claims lobster as the most desireable food in the world I just don't get it. Fish yes, but making a lot of noise about lobster makes no sense to me. As with sushi I will eat it but as an expensive delicacy it is wasted on me.
Happily for commercial lobster hunters I am alone in my disregard for these expensive animals, so all the work that goes into hammering together these one way traps, adding a plastic license, attaching polypropylene line, painting your own float a distinctive color and setting this traps out all over every inch of navigable water is labor not wasted. 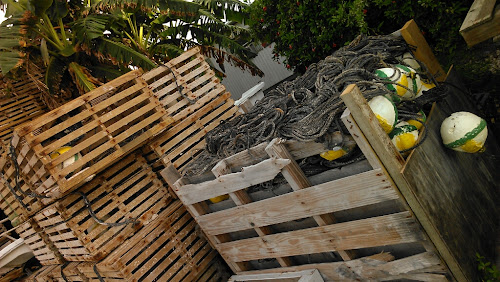 Though to hear them say it the harvest is not bountiful, the price is low, diesel is expensive, blah blah blah. 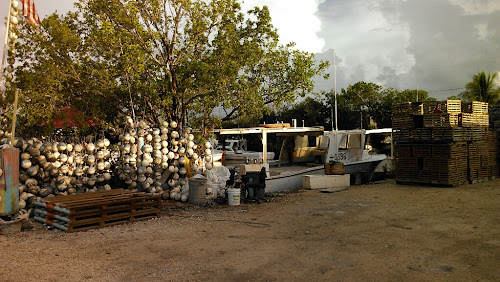 It's nasty messy work retrieving the pots from time to time and checking for occupants and re -aiting the cage with decaying chicken parts, the more pungent the more attractive to the crustaceans they say. 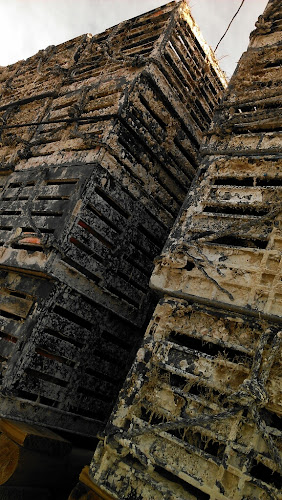 Female lobsters carrying eggs are not supposed to be taken during mini season, but every year some dolt is caught with a lobster carrying the distinctive gray sacs, promise of the birth of a new generation. 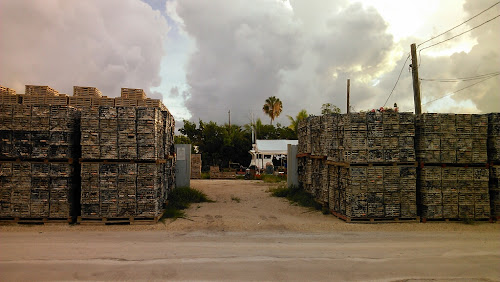 It's a huge industry in islands populated by no grumpy farmers. Restaurants sell lobster, tourists eager to join the recherché ranks of the well-to-do order them by the barrow load and so much money changes hands. I bought live lobster tortured on ice in a fishmonger's once and released them back into the wild. I hope they lived. When we were sailing the relatively unfished waters of Central America we would return from snorkeling expeditions and tell our fellow sailors turned hunters we saw no lobster over there. I hope they lived too. But it's a brutal world and we all have our place in the chain. 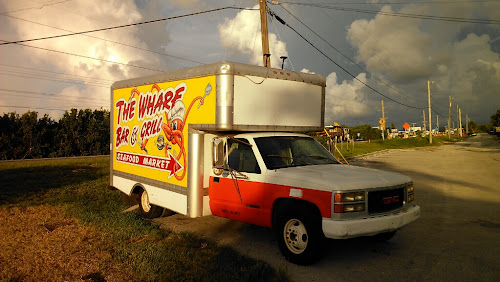 I understand the need for commercial lobstering, a solid livelihood for people willing to undertake hard labor, make good money without an advanced education, and to be their own bosses. But the amateur hunt every year, sanctioned only by the Chambers of Commerce, the trade union of shopkeepers, must have run its course. 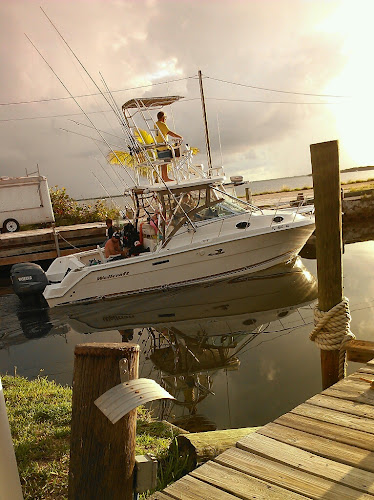 People ask me why I don't go fishing, ironically living in one of the best places in America in which to chase fish. Because I say, I don't like to pit my wits against fish and lose the struggle. In my life I have shot and killed things, suffocated fish and seen commercial slaughterhouses and eaten pork and chicken that I had previously seen alive. I have tried vegetarianism and contrary to rumor I did not feel well, and nor did anybody else if forced to spend any time in an enclosed space with me. I eat meat but I prefer at this stage not to hunt and kill and disembowel it. 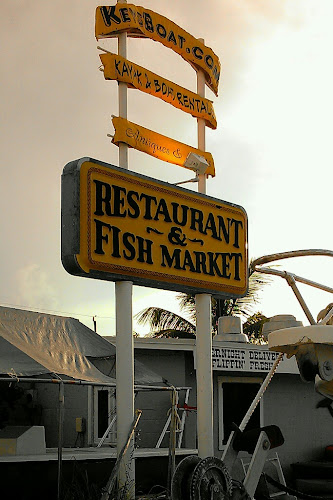 In the end I prefer to pay someone who depends on hunting and gathering for a living to get me my fish, and to use my boat or my friends' boats for recreation, ie exploring or finding swimming holes. 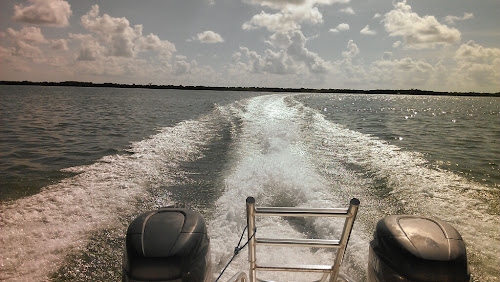 And then I think of ice fishing, sitting, for fun, on frozen water dangling a line through a hole in the ice in freezing temperatures. That's when I remember that people who fish are irrational, mad even, and denying them the chance to chase lobster once a year might have harmful consequences. Never argue with a madman especially one armed with a tickle stick, a net and a mad suburban gleam of bloodlust in his eye.

Posted with Blogsy
Posted by Conchscooter at 1:30 PM 5 comments: