I think I may have mentioned how dependent I am become on my place of work for relief as the tedium of coronavirus restrictions press down upon us. The fact is I used to have a network of public toilets around Key West to which I can turn  in a moment of need. Since everything closed I have been forced to forgo my morning cup of tea as Rusty and I approach our walking destination of the day. A first world deprivation I know but a big Tervis tumbler of Yorkshire Gold sweetened and milky starts the day right and unlike coffee does not give one the hollow stomach feeling that requires calories to fill. It does however leave an old man feeling certain urgent needs a half hour later that only a public restroom can relieve without running the risk of behaving badly in public. 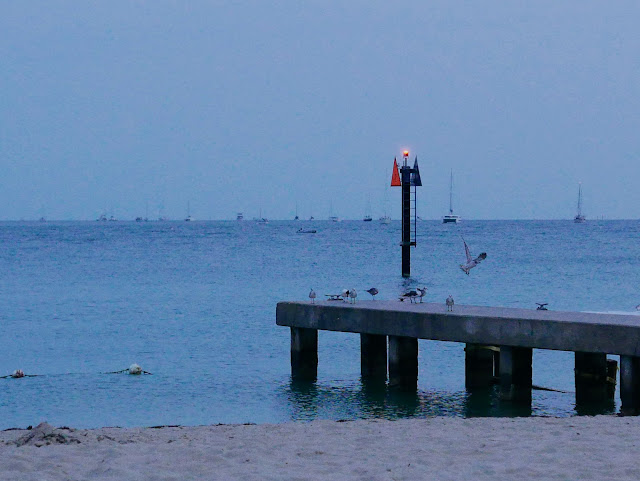 With that preamble out of the way it will become readily apparent why I was loitering at my workplace the other morning engaging in socially distant communication with a couple of colleagues. Normally I never go near the police station when I am off duty. Casual workday? asked one fully uniformed police officer seeing me in the hall at the police station disreputably shuffling near the men's toilets dressed in shorts and colorful shirt with my hairy accomplice shambling self importantly at my heels. No I said and we fell into conversation. 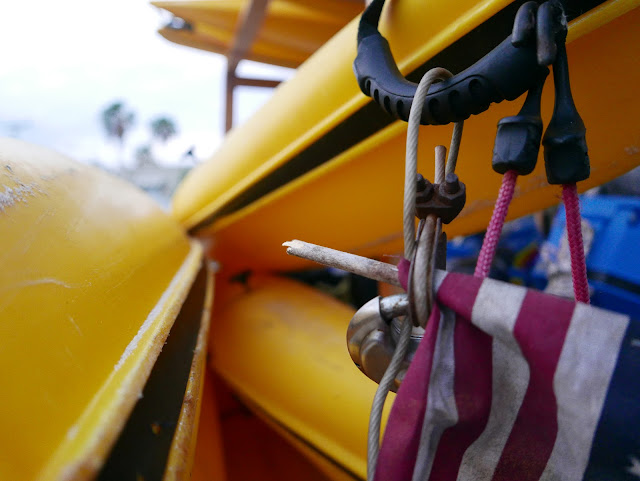 The changes wrought by the coronavirus were high on the topic of conversation and I asked abut the rumored city employee furloughs. I was told a majority of city commissioners voted against laying anyone off as the city budget is solid for the rest of the fiscal year and in a time of much financial desperation having families working and earning seems no bad thing. I puzzled out loud as I often do how we have no firefighters or police in the hospital with symptoms and one has to suppose we are lucky. Some police departments have massive sickness issues in big cities Up North. 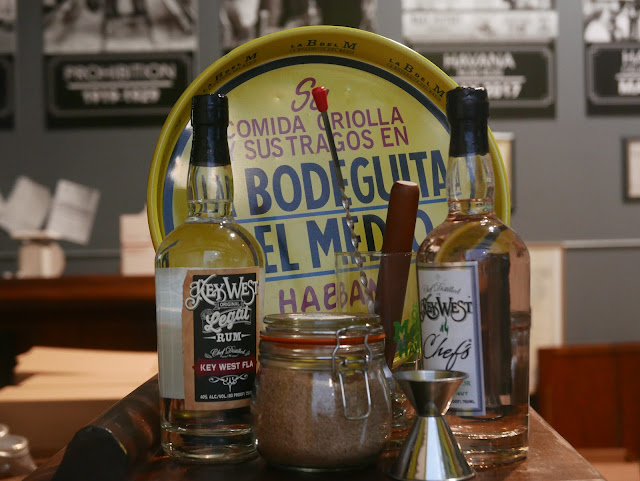 There is some speculation that a round of illness early in the year may have been coronavirus and not 'flu as was believed at the time. I'm not convinced but it seems possible there must be some sort of immunity at play in the Keys, but from what I cannot imagine. Perhaps the heat and humidity helps defeat the spread? We read of hundreds of thousands infected, hospitals overwhelmed and all sorts of nasty symptoms Up North. We wear our masks, stay apart and continue on as normal, sort of, as though the Keys are somehow exempt.  I really shouldn't think about looking a gift horse in the mouth but I do wonder why it is. I hope that simply asking the question doesn't bring down the virus upon our heads with a vengeance. 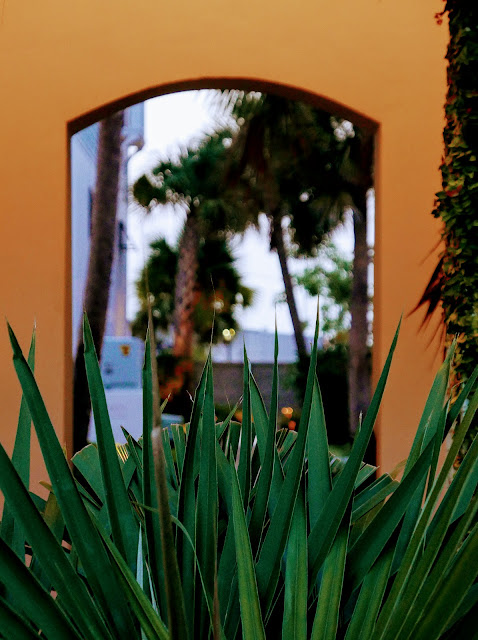 I remarked on the overtime cut backs which will leave us with only two dispatchers in the room from time to time. Call volume is down a lot compared to normal times, so I expect I will be able to cope with the changes, and I hope callers with non emergencies will be patient when things go wrong for some other people as they always do from time to time and who need priority help. But it is odd when you think about how many fewer crashes there are now in Key West. Drunk driving reports are replaced by lots of requests to monitor Covid 19 compliance from citizen spotters. These new community needs in the time of pandemic make me wonder how emotional a return to "normal" might become. We are so attuned in the Keys to the common good, to herding us all through this pandemic, that I wonder what will happen to my neighbors when they are pushed back to the world of looking out for self from which we all came before the virus forced us to look out for each other. 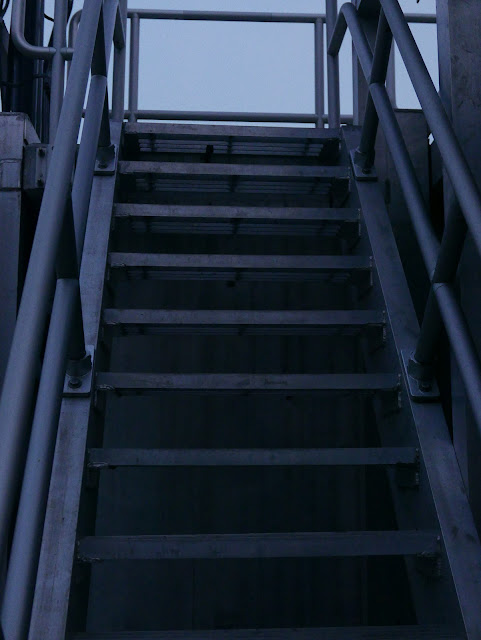 So much has changed in so many subtle ways and of course some not so subtle, that it is hard to remember a time when things were different. If I watch a handshake on television I shudder involuntarily and my wife says she is never going to shake another hand again even when this is all over. I watch people drinking in bars on the little screen and I am reminded that those scenes are from a previous existence. You stay at home, you drink at home you go to bed without being pulled over to do field sobriety checks. Perhaps good behavior may become the norm? What happens to the bar economy then? 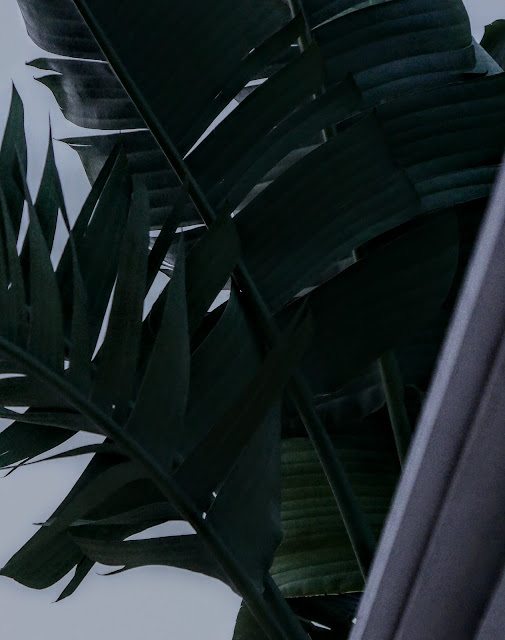 In a country where government support for citizens is negligible compared to other first world nations of wealth I am amazed by how well ordinary people have restrained themselves even as our leaders move to open the country back up. I am not looking forward to a return to crappy driving, public drunkenness and the tedium of bad behavior. And yet when it comes back I shall try to remind myself how odd it was living through this weird twilight zone of massively altered collective behavior and how insane sanity seemed at this time. 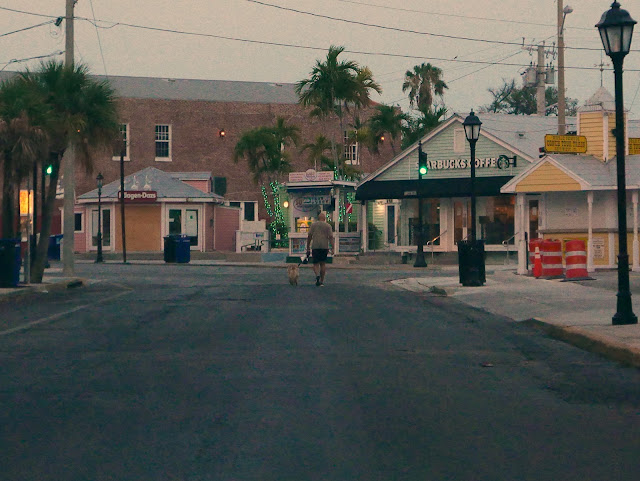 A car pulled over  last night as I was on my socially distant evening walk on a  lonely stretch of road. Rusty dives for the bushes when cars come by, a relic of his days as an unwanted abused stray, and the driver asked me what I was doing. He surprised me at first as walking by yourself seems very normal now and I do it far from neighborhoods specifically to be alone. I showed him my camera and my pictures. Yes I said no one else seems to find mangroves photogenic but I love the leaves and flowers and shadows and light. Anyone who has read this page has had their fill of my pleasure in the backwoods and mangroves and flat puddles and puffy clouds and absurd sunsets. 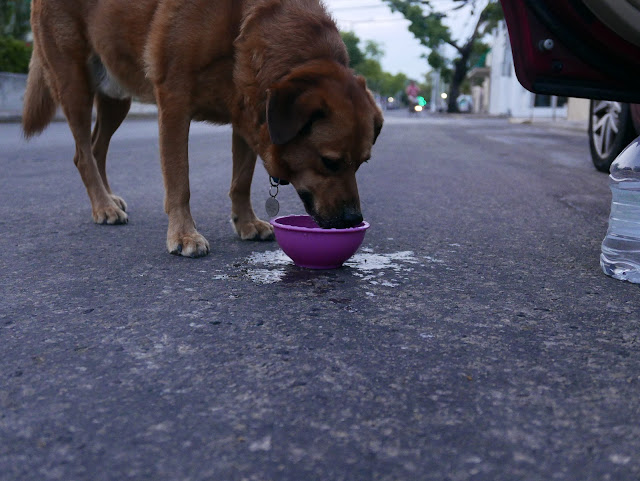 I could not for the life of me understand why the driver of the car cared but eventually his concern penetrated my enthusiasm for the wilderness of the sunshine state. He thought I was gathering photographic evidence of youngsters, not related to him by a  million miles I am sure, who like to drive up and down the back roads at speeds roughly approximating the speed limit or possibly slightly over - I have no training nor skill to judge. 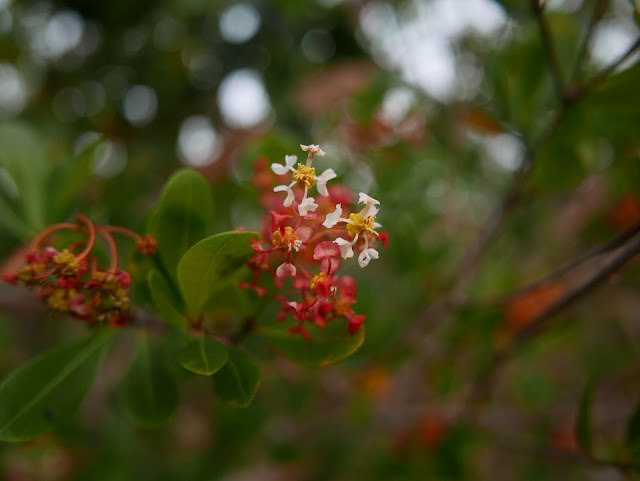 His fear saddened me because it has been proven justified these days in the formerly laid back Keys. Not because of my actions but because all too many people would bother themselves to mess with innocent kids letting off steam, just as I used to ride 50 years ago. I have no interest in snitching on anyone minding their own business anywhere. But we live in a  world where all too often the passerby feels an obligation to not mind their own business. I try to live my life as if my mother were alive and watching and I don't always succeed so I too can end up behaving badly. But these days everyone has a monitoring system to find out what everyone else is doing all the damned time and the simple act of photographing a wild flower in a public place becomes a revolutionary act of subversion. Clearly I do not fit into this brave new world. I hope it will leave me alone long enough to end my days in peace until I will finally get to step off and mind my own business in darkness for eternity. Let the nosey bastards monitor my grave for I shall give them nothing to ponder except perhaps an epitaph. And a few pointless pictures. 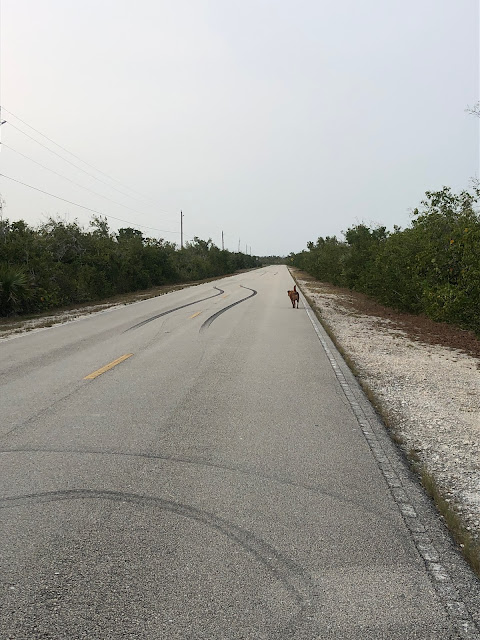