My colleague Keith said he got tired of rain dripping through the ceiling fan of his Key West priced rental apartment in Old Town and he went out to get lunch on his day off. Too bad he didn't have a boat to get down Duval Street like his better equipped neighbors. He said he saw jet skiers further up Duval Street, there was that much water. 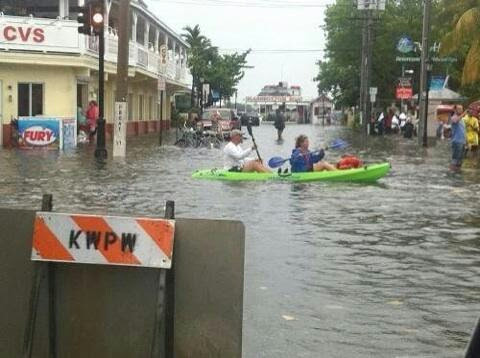 Actually these kinds of pictures are pretty normal for summer in the Lower Keys, when heavy thunderstorms blow through town and flooding is unfortunately a way of life. It doesn't take a hurricane to flood these streets and rain puddling is part of the reason why North Roosevelt Boulevard is all torn up. But today the rain has been ferocious, and insistent. My wife works next to the Petting Zoo on Stock Island and she found one local who was having a good time in the downpour. Mind you, when you've been neglected and mistreated as these animals have been, every day is a great day in the care of the Sheriff's Department Farmer Jeanne. Odd but true, the Sheriff gives these animals a home. 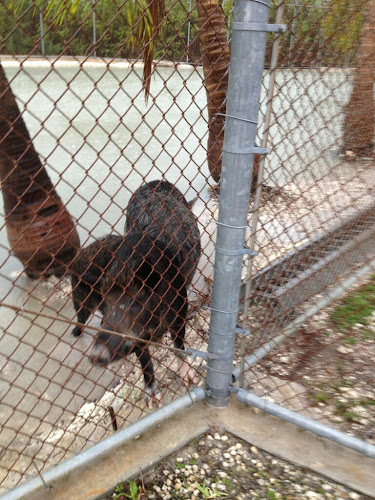 Too bad the jeep is out of action. This picture from just outside Key West is from a colleague of mine who was planning on coming in to work tonight, if her little Toyota doesn't flood. The flood advisory indicates up to four inches of rain may fall today. It feels like the heavens have pretty much disgorged every tear God has to shed today, already. 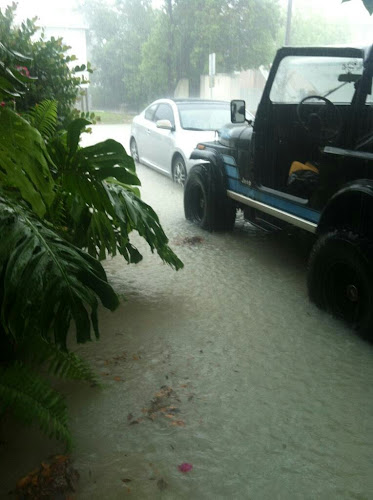 I road into town this morning for a training class at work, after I walked Cheyenne. It was overcast and there was rain in the forecast.during the ninety minute class we heard thunder and when I came out the skies had opened. No problem I got into my waterproofs and took off. Streets that have a tendency to flood were filled with water but the Inneville took them like a champ. I rode through intersections that car drivers were afraid to ford but there wasn't really a problem on my motorcycle. Waterfalls on canals aren't normal where Kristi lives. She sent me a picture to prove it. There really has been a lot of rain. 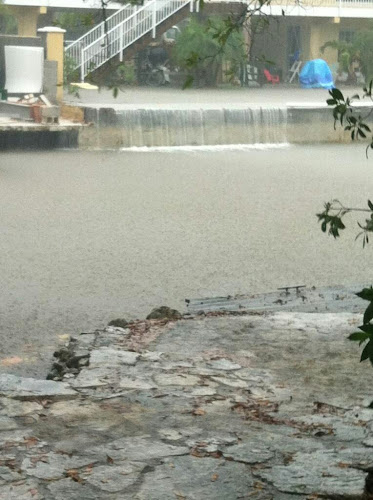 I'm working tonight so it will be another ride in under black skies, gusting winds and some highway adventure. Dress well leave early and enjoy the fun because every day is a good day to ride. The good news is that the drought is over and we haven't lost electricity in these wind gusts to 40 mph. Life is good, really.

Posted with Blogsy
Posted by Conchscooter at 3:07 PM 4 comments:

Loose In The Lower Keys

It was a windy day but the tenting went ahead. I was impressed, up it went in Bristol fashion and came down again as swiftly and efficiently. No Keys Disease there 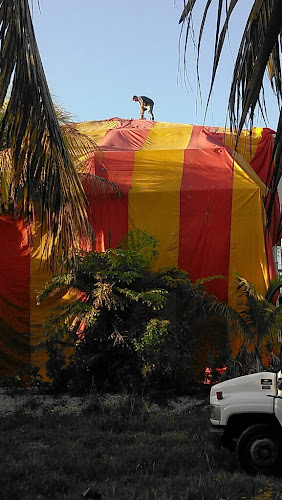 Cheyenne has been reluctant in the summer heat to walk much in the woods so I end up taking rather dreary strolls in urban environments with more smells the better. On the other hand trailing around behind Cheyenne gives me a chance to get to know better those stores I would otherwise never notice. I am an appallingly incompetent shopper, but alliteration does appeal to me. 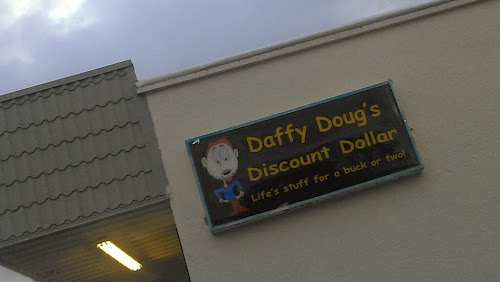 Considering how ad-free my blog is I have to confess I am sick and tired of ads pervading the rest of my life. They are everywhere trying to put the fear of smelling bad, looking stupid or missing out on some great "opportunity" upon us all. Check out this poor afflicted car: 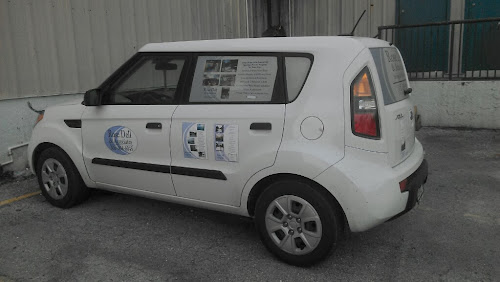 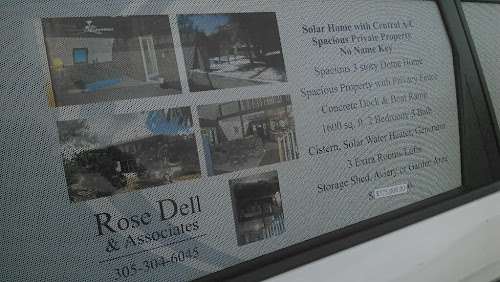 Then there are silly slogans. I used to drive a tractor trailer rig around San Francisco where the slogan was something about caring or quality or some clap trap I can't recall. "The Real Deal" seems equally silly and impenetrable. I mean when you think about it what does that actually mean? 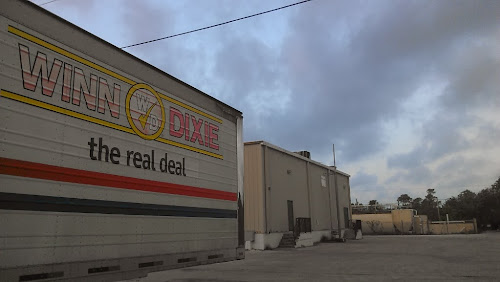 I am probably over thinking it.  Looking at the heritage Trail Bike Path under construction across the Lower Keys one wonders how they finally managed to pull it together. It is going to be quite the achievement, not least because they seem to be installing the new sewage pipes underneath the trial as they go. The bad news is the Legislature rejected a request for fifty million dollars to help pay for the $200 million project. Promises not fulfilled, of course. 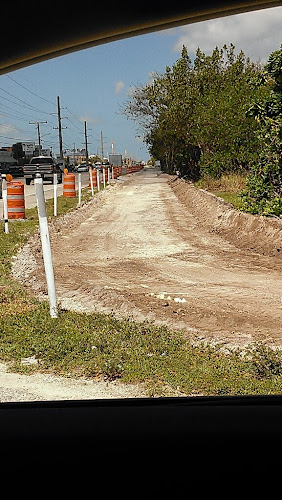 Florida's State Legislature is but a part time affair, meeting for only a few months in the winter in Tallahassee. It sounds crazy to me considering this is a state of twenty or more million people...But for most of the year the Governor and half a dozen Cabinet members rule the state by themselves. This year the lawmakers are rejecting Obama's Affordable Health care initiative and thus putting at risk of no improvement some half million Florida children who lack health coverage and more than a million adults. Way to go! 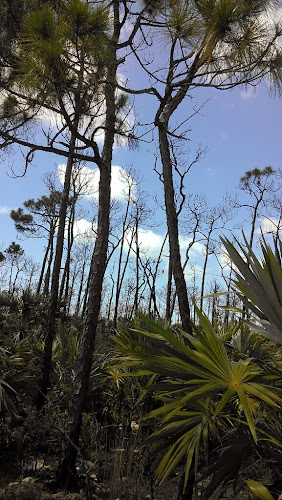 Uninsured Americans raise costs and don't get preventative care. Oh well, who cares? Most of them are brown or black or poor, nowadays rapidly becoming the permanent underclass. I got mine and Ayn Rand would approve of such indifference to suffering. 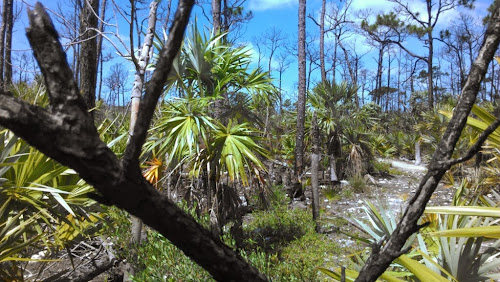 Meanwhile back in my middle class limousine with the air blasting I took a quick look down Key Deer Boulevard on Big Pine. My dog was reluctant to get out and go for a walk on the Jack Watson Trail in the Key Deer Refuge so  after pausing a while to check the status of the trees burned an uncontrolled fire last year we got back on the long straight road across the back of Big Pine Key. 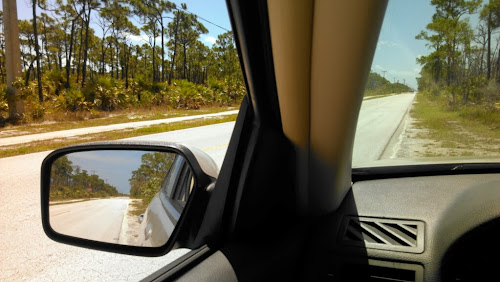 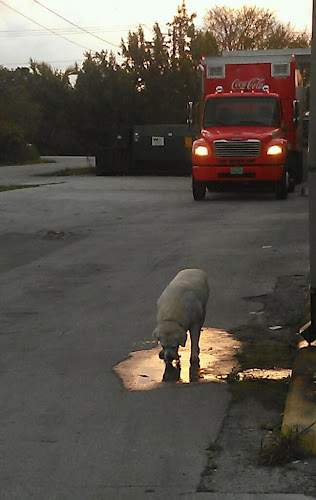 The back of the stores at Key Deer Plaza is Cheyenne's preferred milieu in the heat of summer. 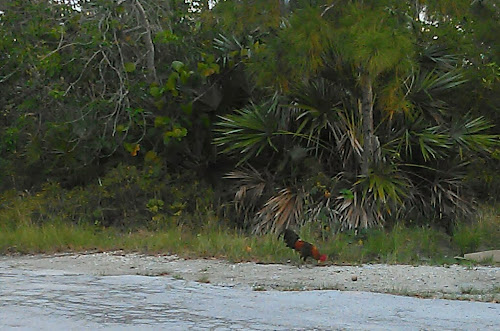 It is also preferred by wild chickens too. I guess my dog has good taste. Its just me that prefers a little bit of wilderness.