My inability to move quickly is annoying from time to time, like on those occasions when a perfectly composed dog rolls rapidly by on a specially built trailer towed behind a bicycle. There he goes..! 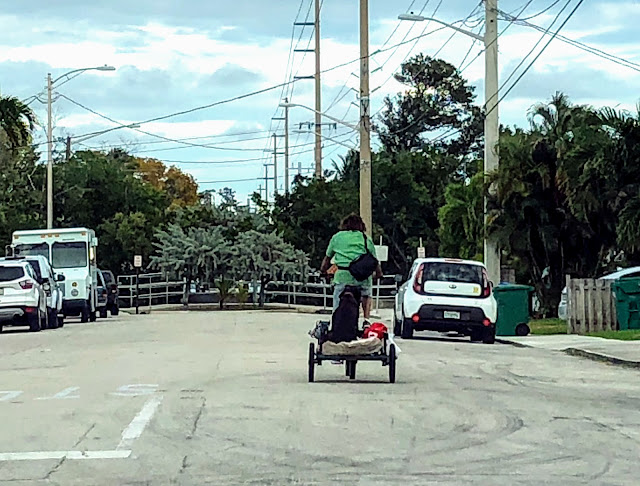 And the bicycle was heading toward the Staples Avenue foot bridge which was where Rusty and I were heading from where I parked the car a few blocks away. The housing in New Town is very different from the cute wooden housing blocks in Old Town. 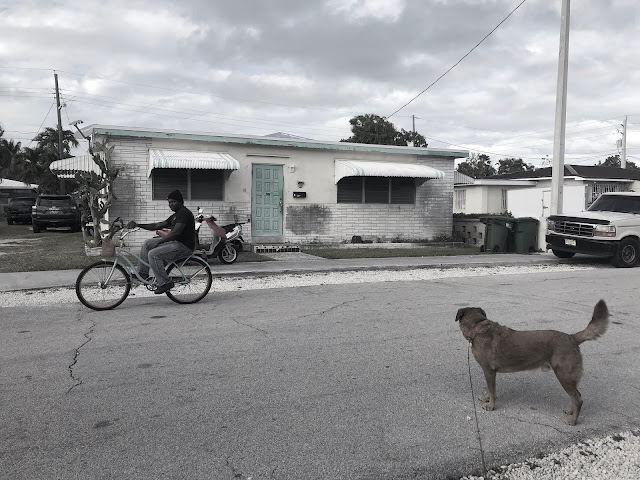 This is where Conchs came to build modern homes when they dumped their downtown homes on hopeful businessmen from the mainland.  Who ultimately got the best deal is open to interpretation of course. I have added here a screen shot of Google maps  from the neighborhood which shows the footbridge as the narrow neck joining two streets across the Salt Run canal which runs north and south at that point. The canal enters Key West from open water near Winn Dixie at Overseas market as shown. The footbridge connects 8th Avenue to 10th Avenue allowing bicycles and pedestrians to avoid the traffic of four lane Flagler Avenue. The Salt Run Canal isn't clearly shown but it goes all the way and makes a right angled turn into the Salt Ponds. 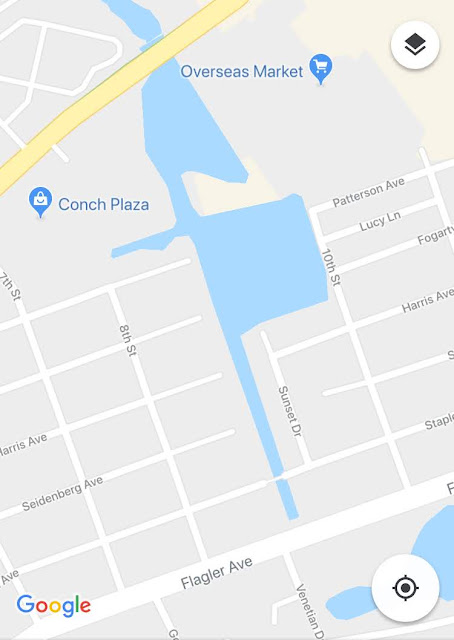 The Staples Bridge has been around a long time probably more than a decade though I have lost track exactly. It was a much desired addition to New Town to allow safer travel across town. 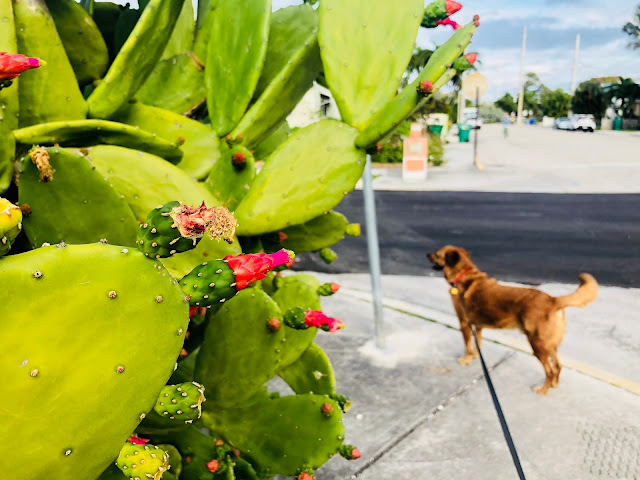 It was an early introduction to the irritation that the anonymous Citizen's Voice can cause. There was an eager cyclist who kept nagging the city commission to get the promised bridge built. Finally it happened and the outraged author faded away. As I recall her never did post  a vote of thanks or anything gracious like that. 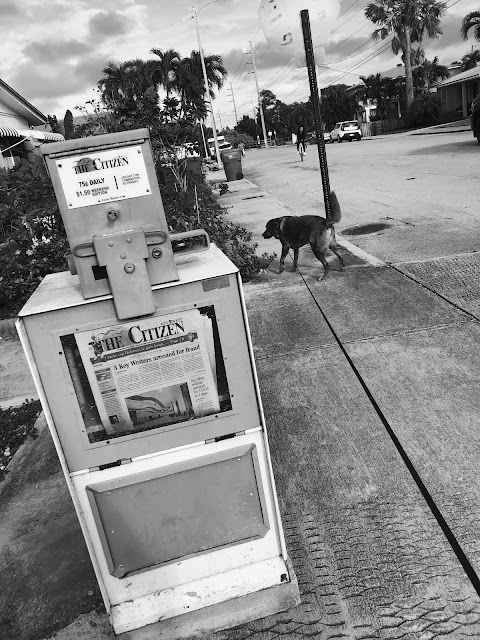 The bridge is now, in my mind, a monument to that angry cyclist's persistence. 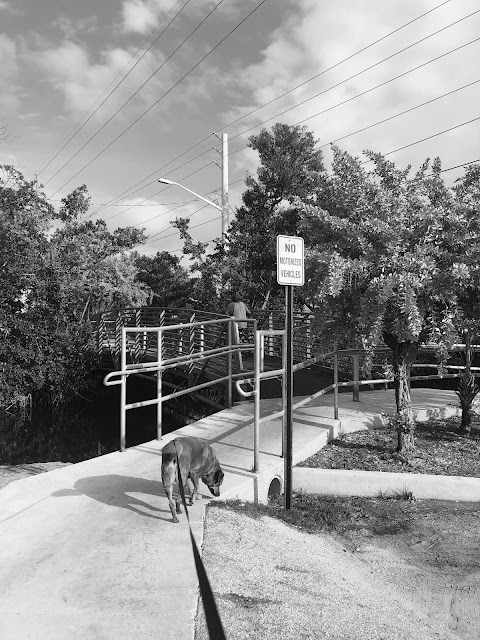 Do not ride your rental scooter over the bridge! It's not okay. The NIMBY neighbors got all bent out of shape by the construction of the bridge as the idea of encouraging bicycles to parade through here was going to ruin life as they knew it in this cul de sac. 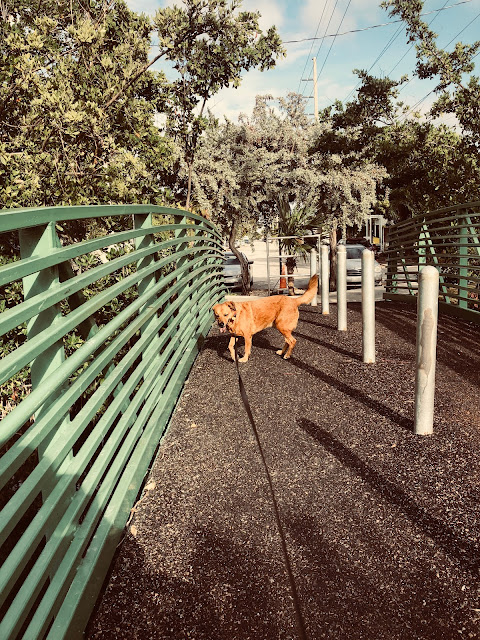 In the end of course the sky failed to fall in and this bridge has become a helpful highway to cyclists crossing town. They come they go silently and without visibly ruining the approaches... 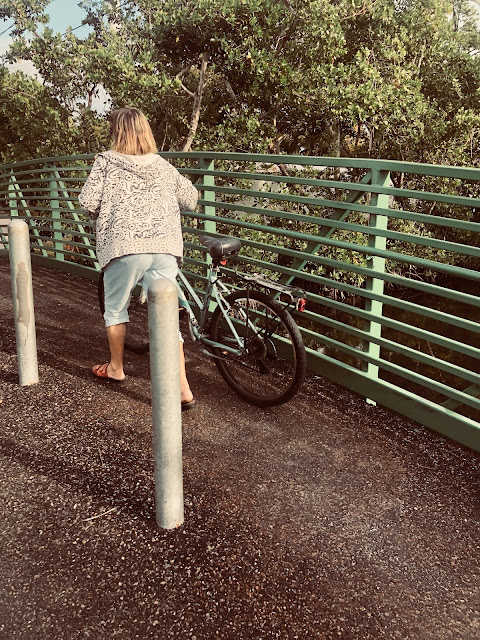 The canal is deep enough for boats, at least for boats low enough to pass under the road bridges which are only a few feet off the water. I saw a dinghy and a small center console while walking here though photography is inhibited by the thick mangrove bushes either side. 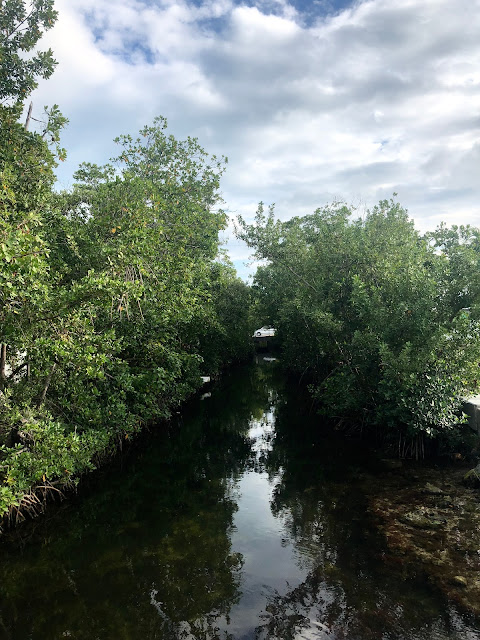 Rusty and I looped round the canal across the footbridge then across Flagler next to the traffic then back up the other bank of the canal. 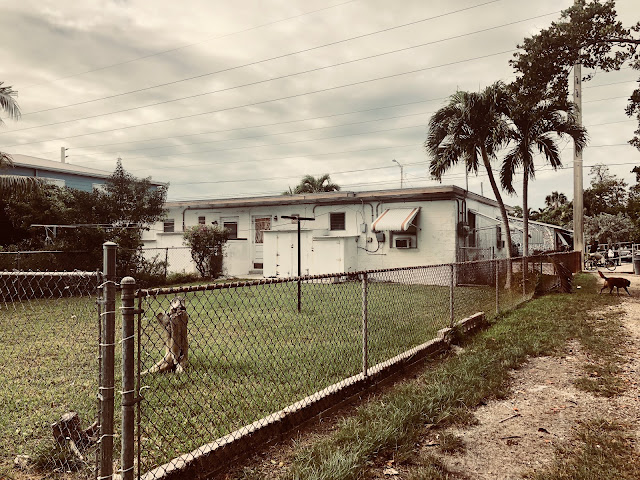 It is a pleasant enough neighborhood and you can see why residents weren't keen to get squadrons of bicycles through here. 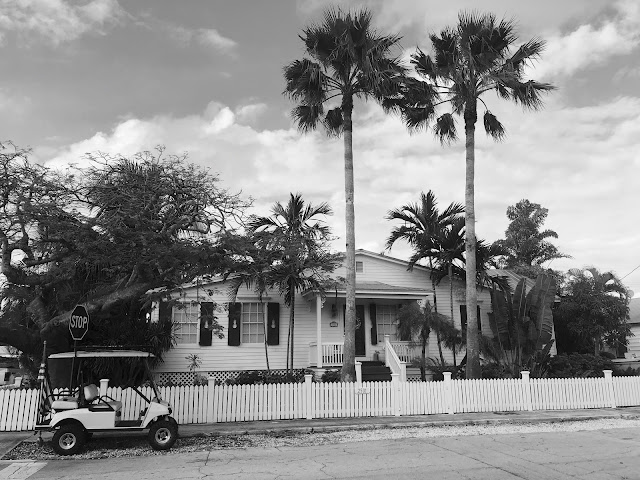 Modern single story homes with air conditioning, yards garages and off stree parking for boatsd and trailers and stuff. 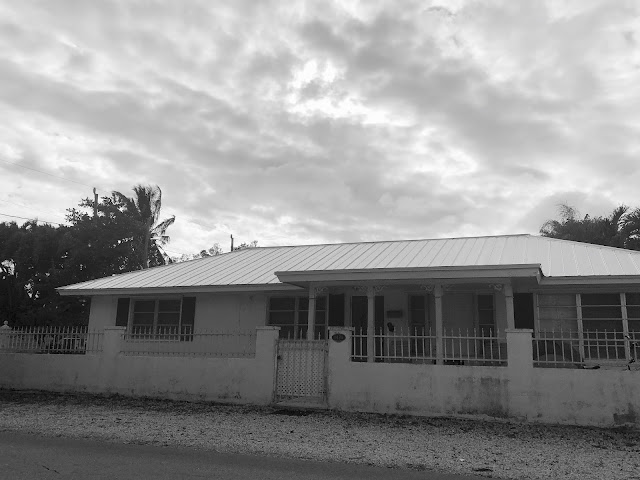 Not picturesque but very practical. 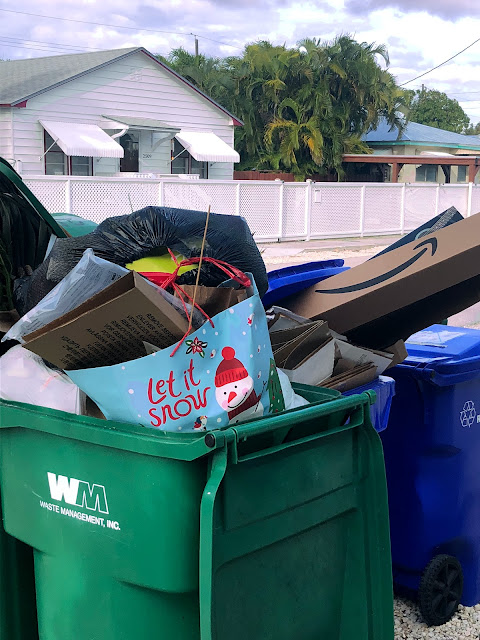 I always hope it snows somewhere else. So far I have not been disappointed.
Posted by Conchscooter at 12:00 AM 7 comments: