A Night At The Theater

It was lucky for our evening out that my wife had bought our tickets ahead of Friday night's performance at the Red Barn Theater. We enjoy live plays but sometimes there is an enormous mental block that makes the effort not worth the candle and a night in, with the dog and Netflix seems infinitely preferable to a thirty minute drive to arrive and then be crushed by a throng of eager theater goers. 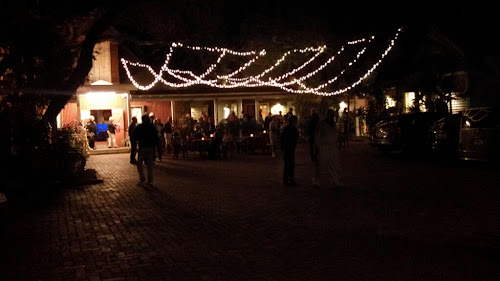 That said The Last Night of Ballyhoo was entirely worthwhile. It was written by the author of the better known Driving Miss Daisy and also deals with being Jewish in the South, this time in Atlanta in 1939. I thoroughly enjoyed the performance, funny and poignant by turns, especially as the play opened a window on a time and a place and a culture not well known to us. The cast was splendid and I found myself absorbed by the story. A great night out. 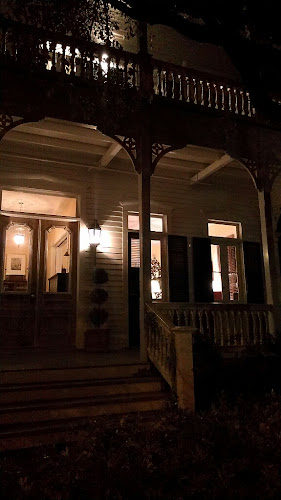 After the play we strolled Duval looking for a drink for my wife ( I was driving) before heading back to the car a few blocks away on Eaton Street. Our friends were hungry and took off on Caroline Street after hasty adieus so we had time to wander. After we nearly tripped over a party of drunken revelers and were momentarily blocked by a man the worse for wear who mistook a tree for his wife and refused to let "her" go, we decided that Friday night on Duval Street really wasn't our scene and we turned and took the short route back to our car. 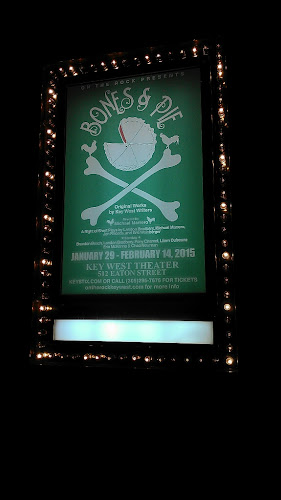 That took us past the old abandoned theater on Eaton, said to be haunted. Haunted no more, for now it is to become home to Key West's fourth theater company, if you include the peripatetic fringe group of no fixed abode which performs in found spaces. These fine people with powerful bios listed, are working to organize the space and with two weeks to go they will have their work cut out. I look forward to seeing what they can do with "original Key West" plays. 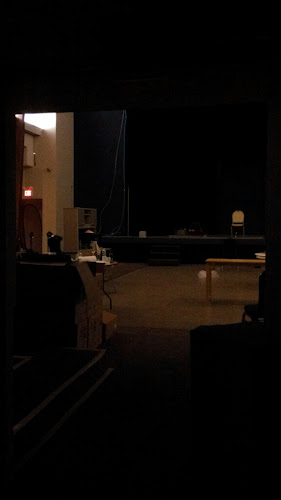 I will enjoy this long dormant space coming back to life, like Rumpelstiltskin after a very long sleep. 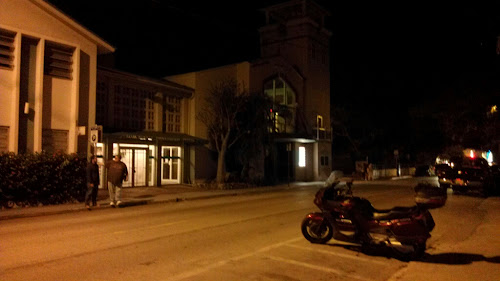 It was a pleasant night for a shirt sleeved walk, a cool north breeze prompting my wife to complain she was almost cold which goes a long way to explaining why we live here... 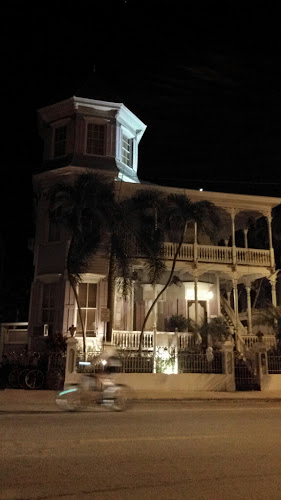 ...that and the 19th century architecture rendered mysterious by the night. 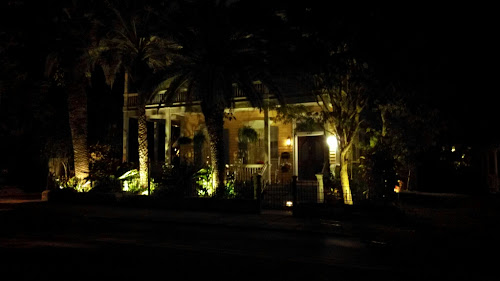 We paused by Hilltop Laundry to remember our adventures bringing our clothes ashore from the boat, hauling sail bags filled with salt encrusted rags accompanied by our two dogs when we lived anchored in the harbor. The good old days tinged with the unhappy reality that living like that may be no longer possible nor desirable at our advanced ages. 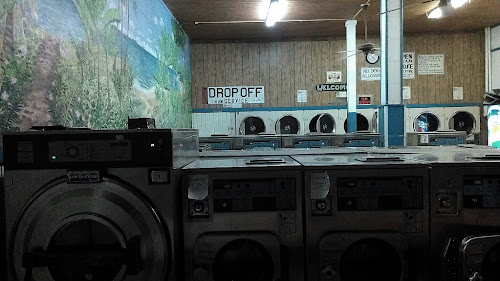 Bollocks. If I wanted to I would go back to anchoring out. But driving home to be greeted by a happy dog and a glass of wine and a comfortable couch in a home battered by winds, yet planted entirely stationary was an entirely worthwhile place to be. Besides it's much easier to drive to the theater on the highway than get in a dinghy, cross a dark wet windy harbor covered in spray and outboard smoke and be forced to do it all in reverse hours later, just to get into a rocking pitching bed. Good old days indeed!