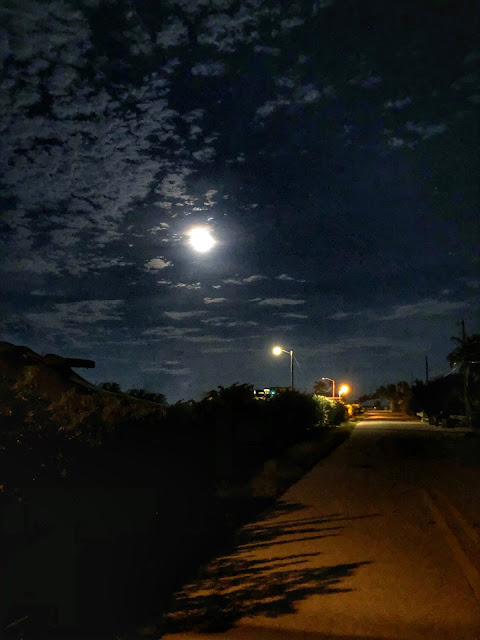 My alarm goes off at 4:25 every morning I work. I have a second alarm set at 4:55 in case I fail to wake up and that is about the time I have to get into high gear and get ready to go to work. That first half hour belongs to Rusty. We eave the house together and check the mail. 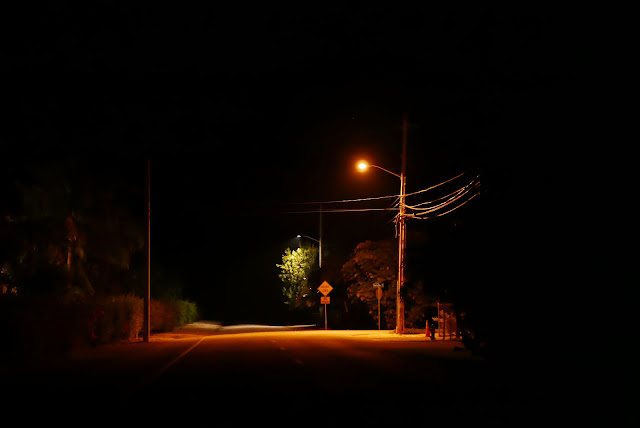 I read a long scientific article about a dog's sense of smell and thoughI came across it years ago the information I discovered has stuck with me. It explained a lot about the behavior I see in Rusty, his ability to smell in stereo, directionally and also his ability to separate smells by time, not only space. Dogs don't find smells disgusting in the same way we do, as they dissect smells for information, not for pleasure or to pass moral judgements. 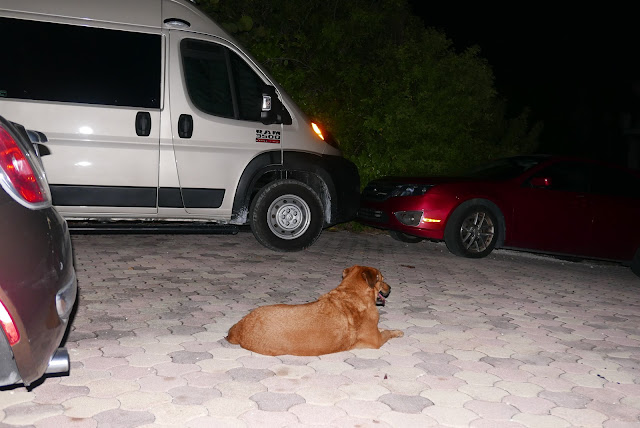 So it is that he takes great interest in the neighborhood, checking where other dogs have walked, noticing what's new and who might be new. He chooses the route, he selects his own stops and I trail along with a flashlight and a plastic bag always at his service. 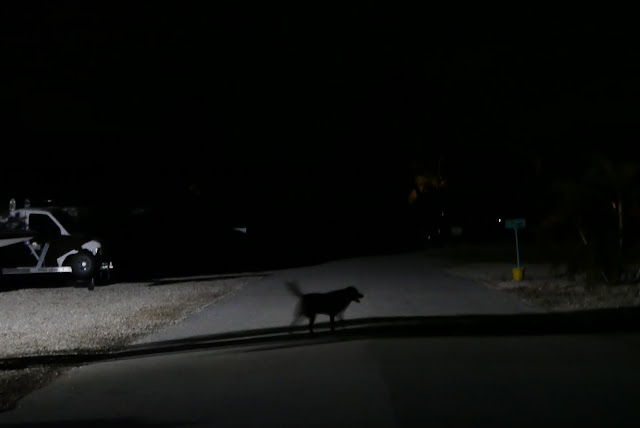 We are alone at the hour, even the party goers have passed out and a neighbor's cat has got used to Rusty padding by at an hour when civil creatures are asleep. I don't know what the cat is outdoors by himself but I am forced to accept not everyone is as overwrought by their companion animal's welfare as am I. Rusty's freedom to operate is limited by my watchfulness and subsequent irritation if he does something stupid. 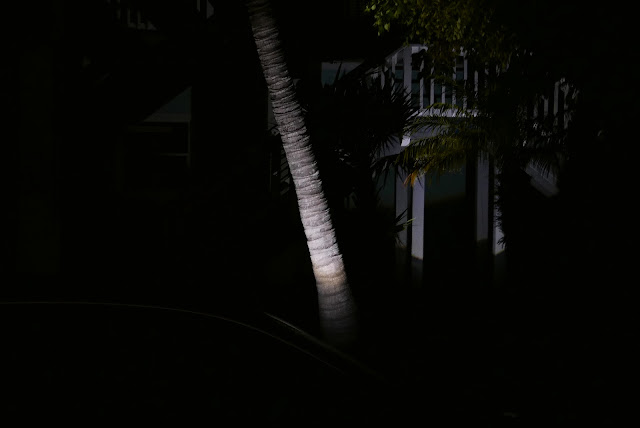 It is a walk that is only the preamble to my wife's more leisurely arrival on the scene and she takes him off in the car for a longer walk after dawn but before she settles down to teach at home. Rusty and I get back around the time the second alarm goes off and he goes off with a treat while I head towards the usual ablutions, uniform, lunch bag packing and all that daily nonsense. 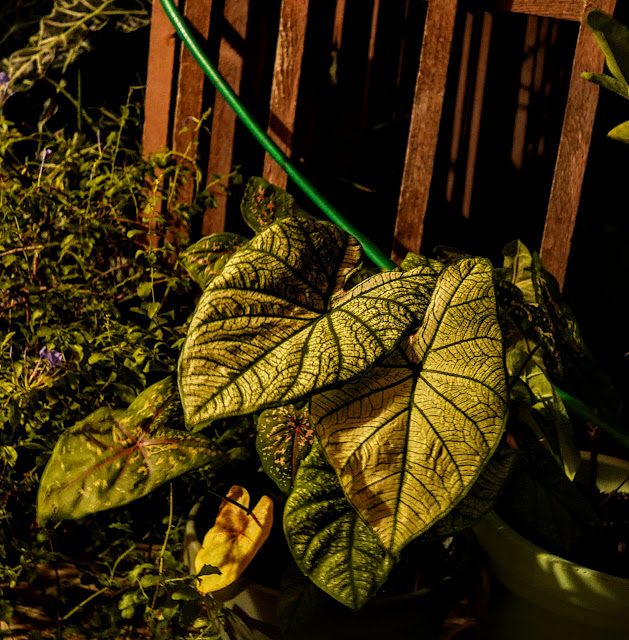 He sits next to the ridiculously overgrown greenery at the top of the stairs and watches me go away to a world of unimaginable delights that won't release me back to him until 6:30 that evening when we get in the car and go off again to watch the sun set over the mangroves. 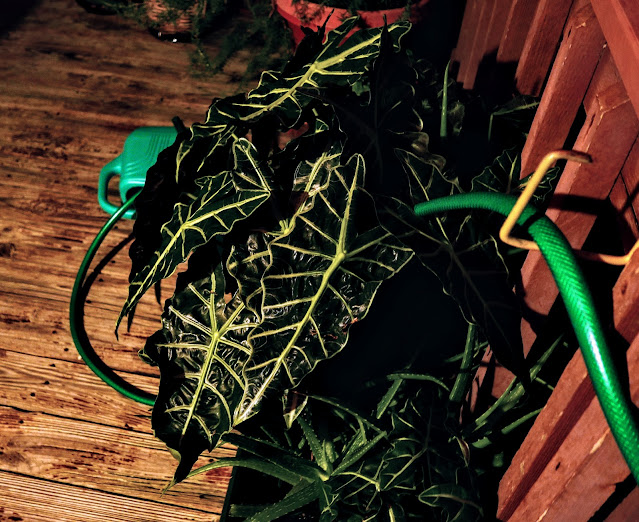 I can't help but feel that we might all of us benefit from the simplicity and the lessons to be gleaned from an unambitious dog secure in his routines and not needing any great plans to keep him happy.
Posted by Conchscooter at 12:00 AM 3 comments: