It Comes And Goes

I have received reports from Up North that cold nights are closing in and the end of summer they say  is imminent. Sucks to be them, because down here summer is in full swing. Rusty checking the street before our afternoon walk: 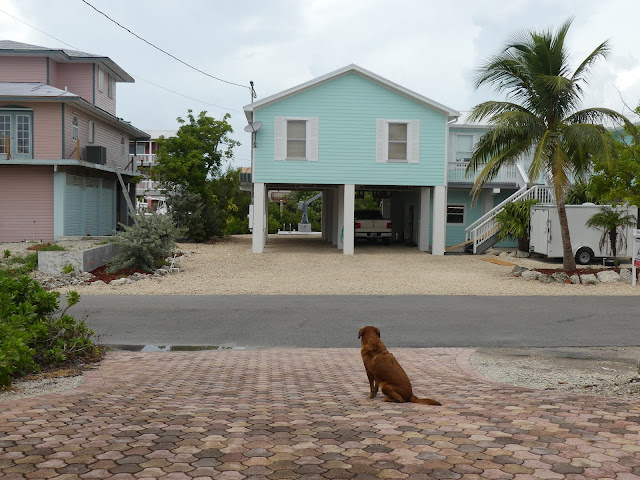 Summer is a rather fluid season in the Keys, a place and time of Nature's choosing, usually between May and November generally consisting of high humidity, intermittent but heavy rain and lots of insect life. It doesn't sound too pleasant but believe me it is often dramatic and beautiful and the other issues you can handle with some help. Air conditioning and bug spray help as well as an umbrella and a cheerful disposition... 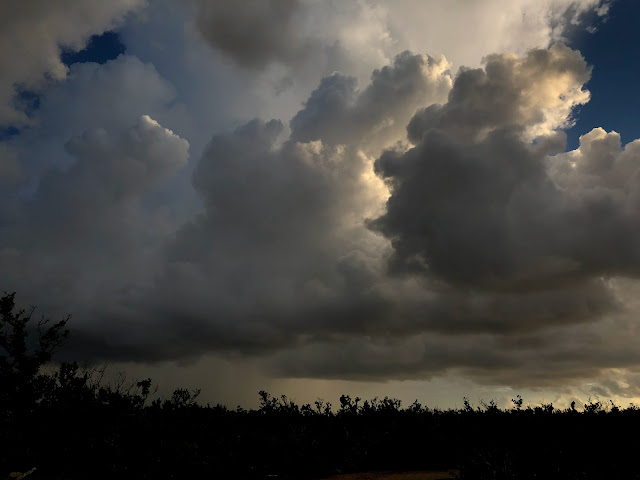 Rusty does not like thunder. He doesn't panic but he finds reassurance in being in the car or sleeping on my bed and with the recent approach of some spectacular thunder heads he is quick to retreat to the car for a dry ride home. His wish is my command. 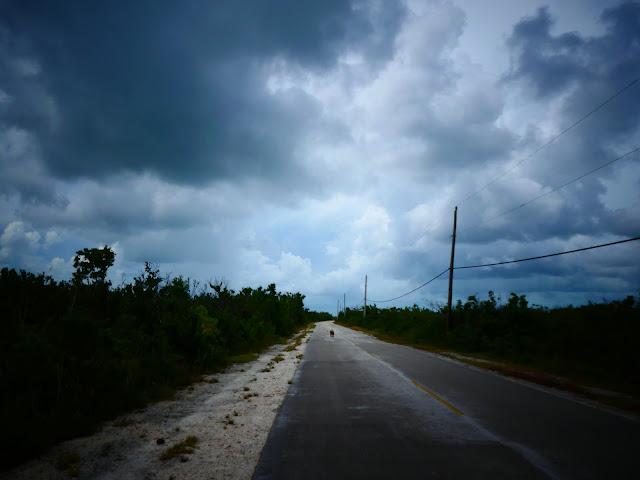 He seems rather less heat resistant now that he lives in cool air, which as it does for humans it appears to reduce his desire or ability to live in the heat. He still likes to sunbathe and hang out outdoors but he has adapted to civilization... 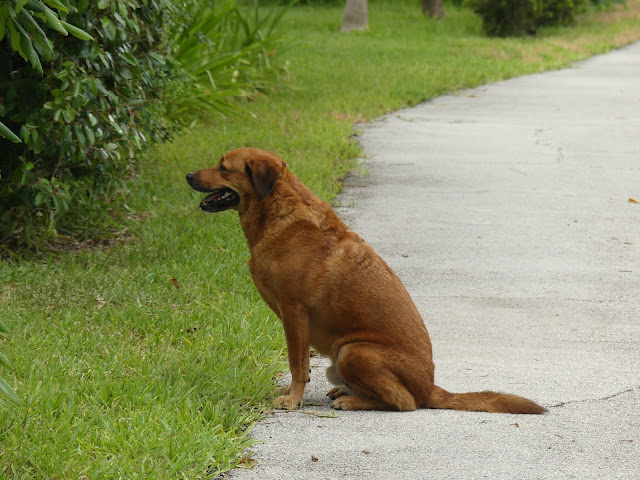 Rain falls at random, some roads are dry and others, like Key Deer Boulevard, have obviously just been rained on. My most recent motorcycle trip pretty much finished off my rain gear so I got some new rubberized clothing and expect I will have to wear it all before too long. You just never know where or when it will start pouring. 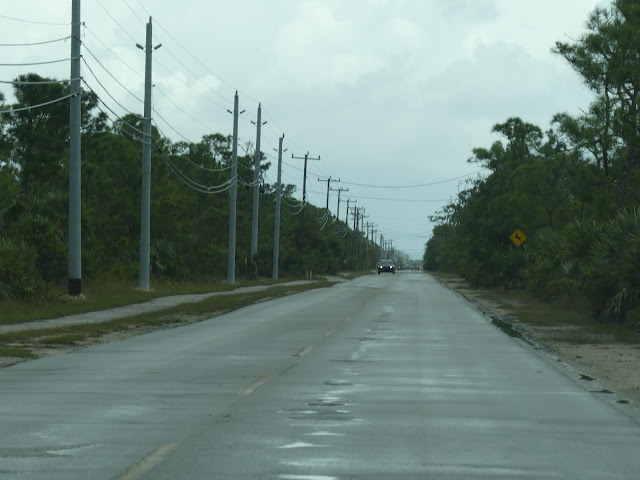 It was windy and I stood on the end of Niles Channel Bridge enjoying the stiff breeze while Rusty rooted around. 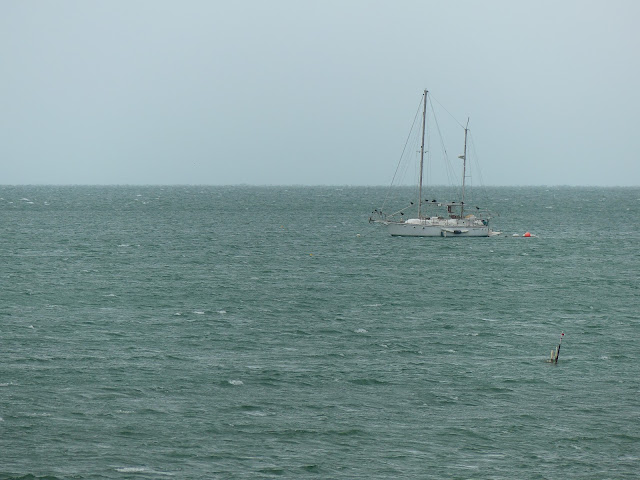 A  close up through the telephoto showed the sailboat covered in birds, so one can only imagine the mess. It looked so much prettier as a white speck in the distance, anchored behind the hook of Cudjoe Key. 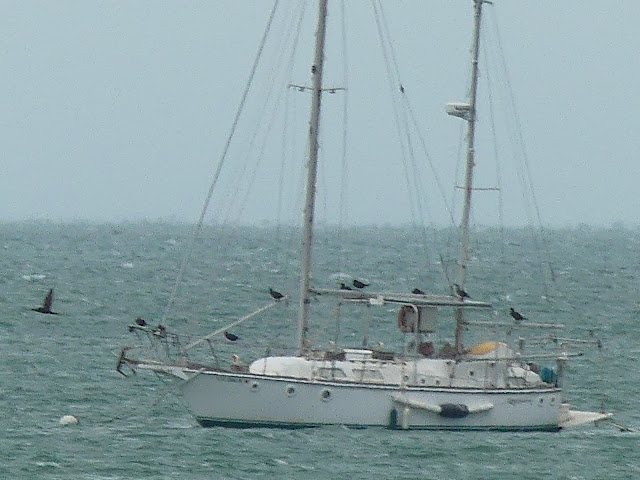 There is again waiting for the photographer to get a move on. 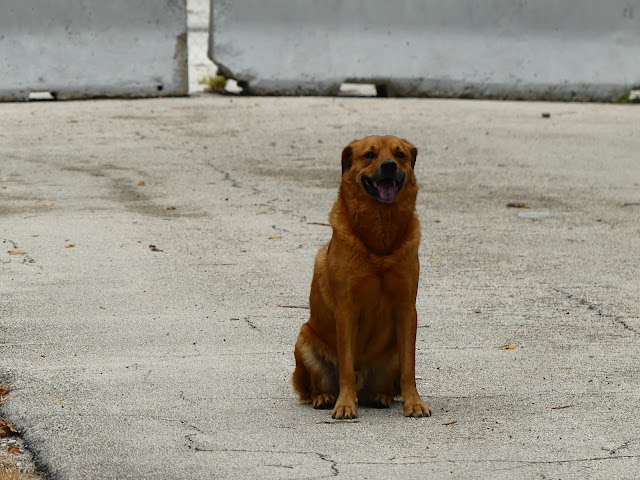 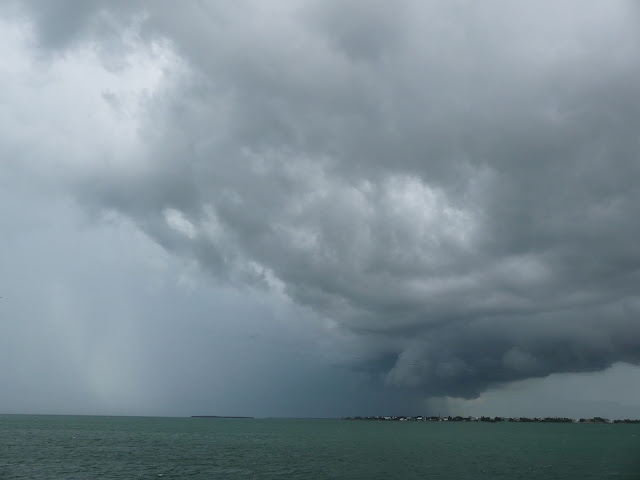 And here comes the rain to wash off the bird shit: 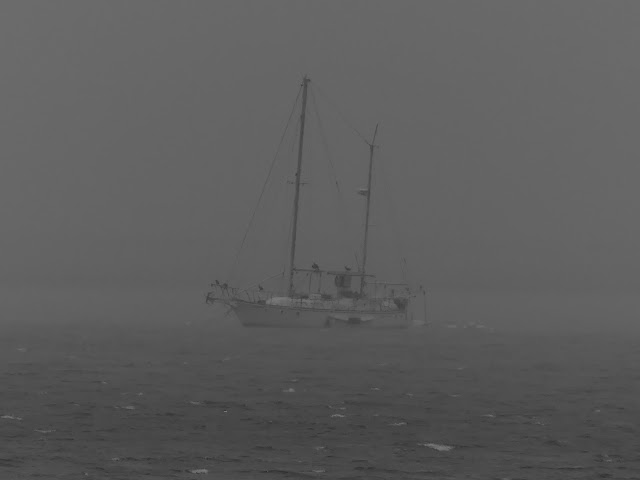 I switched to black and white as I preferred the ominous look but its really no big deal to drive through as the highway is broad and well marked. 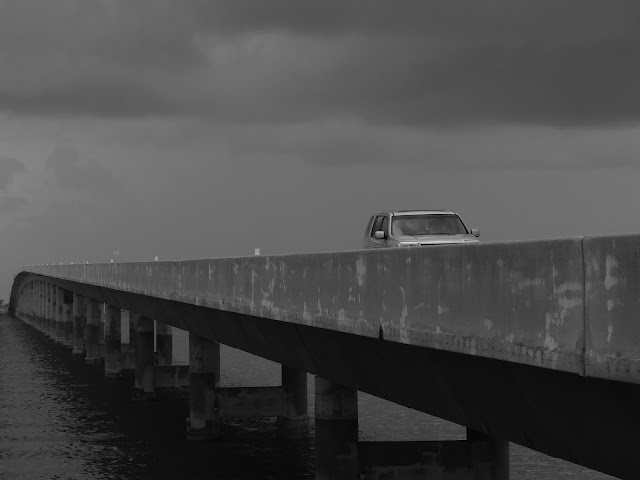 Yesterday was primary day so the wife and I went out and voted. Didn't do much good as most of the candidates we voted for missed the win but this is all they give us to influence things so you have to try. Watching Republicans smother the memory of Senator McCain, a man with lots of faults no doubt, rather makes the taste of politics rather sour. "Nobody's  safe whom we care for none" sang the mischievous little maids in The Mikado. Rendered with more malice these unhappy days. 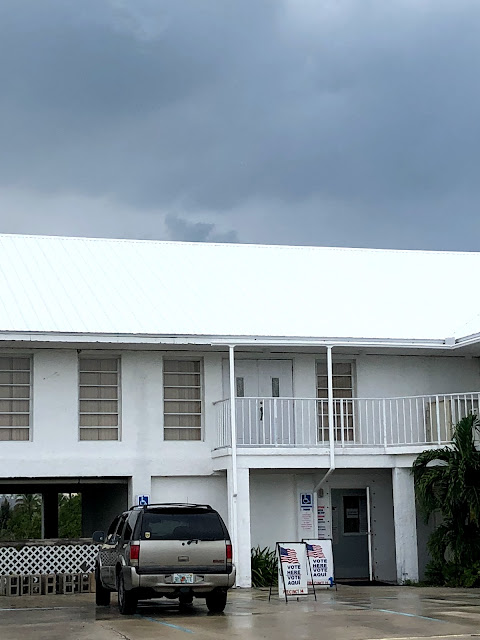 And so home to my consolation. I have been batting back and forth with a friend the value of alcohol in our respective lives especially since the busybodies have been going to town telling us it is pure poison...and I find I don't miss it terribly now that I am home. I drink tea obsessively. That would be a loss were I to to be told I could no longer drink Yorkshire Tea. 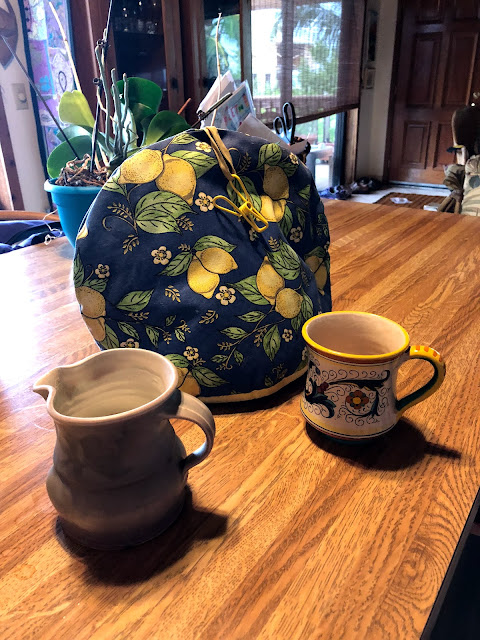 Posted by Conchscooter at 12:29 AM No comments: