Trash, The Judge, And Trashing His Member

They do love their stickers in Key West and the latest I noticed advertises a blog I Conch Key West, purportedly, but in fact the blog seems to advertise a Facebook page  where all the activity seems to take place. I enjoy having a page to myself, a place wher I can think out loud and take as much or as little time as I like to express a thought. Facebook feels too hurried to me and life in Paradise is more than sunsets and webcams to me. More interesting too. 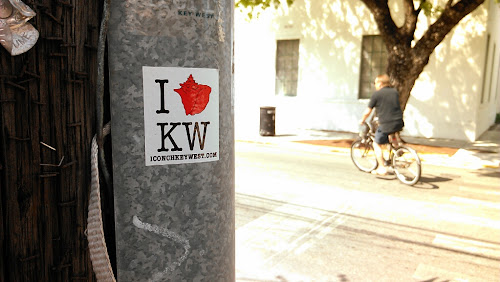 I suppose I should do a better job of advertising this page and start selling t-shirts and stuff but I am evading living in a world where the basis of everything is making a buck. I was approached recently to review motorcycle accessories on my page and allow them to post their own blog entries here; entries that more closely resembled ads than anything I write. Their representative got quite offended when I refused. This might as well be Cheyenne's page as I actually quite like her, as uncommercial as she is. She doesn't even mind sharing her lawn with a couple of bums, and she never panhandles. 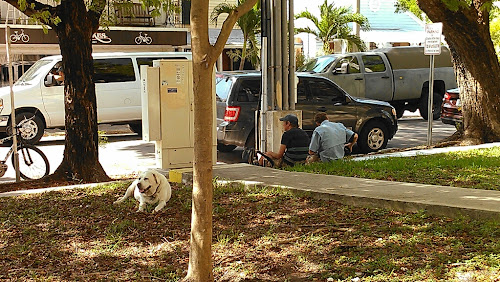 Speaking of bums, this one (below) was passed out while the two visitors struggling with the map were looking for the place where you apply for a marriage license. Lucky for them I knew where the Lester building is. They were close but not quite there yet. Which is what the city pretty much told the would-be developers of Peary Court on White Street. They want to tear down the crappy Navy housing and replace it with "Key West style" housing that they promise will blend in with the neighborhood. However the Historic Architectural Review Committee nixed the latest proposals Peary Court developers reveal new designs | KeysNews.com. And the redevelopment struggle continues. Personally I think anything would be better than what is there now, but I suspect the developers, who p[aid  $35 million, will have to struggle a good bit more, or else get connected. I hope, perhaps in vain, that in the end Peary Court will look good and be livable, if it cant revert to being open space. 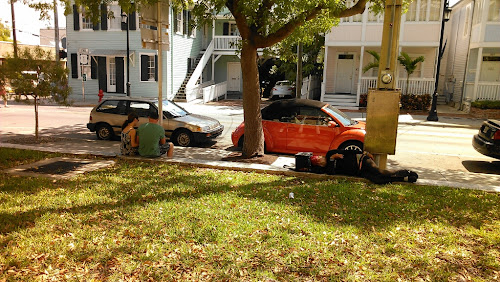 The city commission made a few people unhappy last week too when they fixed an application for trash service in the city and awarded the more expensive waste contract to the manager who has been in the rotary and chamber of commerce (please note Peary Court developers) while at the same time restoring twice-a-week pick up of trash. The irony is the recently enacted once-a-week schedule is credited with forcing city residents to recycle more stuff. So the city is rolling back the changes that increased the recycling rate from 7% to fully twenty one percent of the waste stream. And paying more to accomplish this improvement! So much so the city employee in charge promptly announced his resignation citing a coincidental family obligation across the continent in Seattle, while David Lybrand a member of the Sustainabilty Advisory Board, the group of volunteers trying to make Key West more Eco-conscious, also quit, accusing the majority of commissioners voted yes because of cronyism. All very ugly I'm sure. 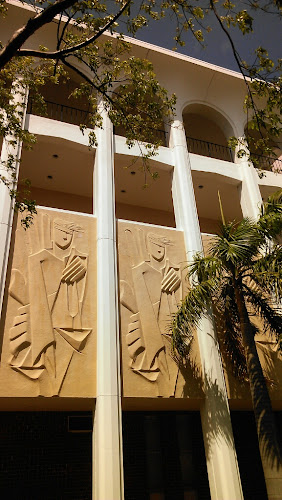 In the realm of the law something notable happened last week. For the first time in years a Monroe County judge did not serve out his term but quit early, saying he wanted to restore his constitutional right to privacy by giving up his elected office. I suppose I should point out he was the judge who ruled against me in my civil foreclosure case, and even though I was expecting it as I am not after all too big to fail in the world of finance, I was still disappointed Florida constitutional law didn't  get invoked by the Justice in his ruling. Audlin was famous for ruling against a gay adoption ban in Florida but not at all well known for derring-do in foreclosure! 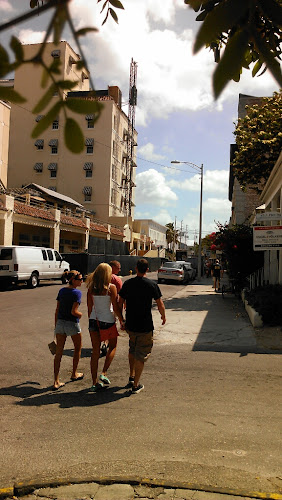 Imagine my surprise when the announcement was made that chief Judge Audlin was abruptly stepping down last Friday with years left to run on his term. He has a reputation as a good and thoughtful judge and well respected inside and outside the courtroom. His disappearance from the bench has passed with nary a comment in the local press. 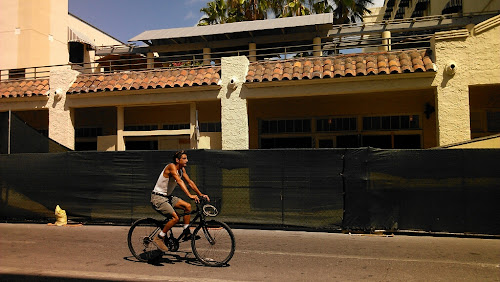 No one has stepped up to defend him publicly which I find extraordinary. His crime? Putting an advertisement on a gay sex site per the Miami Herald . As far as I can tell that has nothing to do with his ability to be a judge but when his photo and his most vital statistic were noticed the ad disappeared and so did his career with a prompt letter of resignation. The one human family was nowhere to be seen wondering why being gay and lonely is a prerequisite to judicial stewardship. I asked around and pretty much everyone gay and straight thinks resignation was appropriate, for a variety of reasons, not least because the web site in question wasn't about relationships but about sex. I disagree but clearly I'm in the minority, I don't see how exactly it matters. 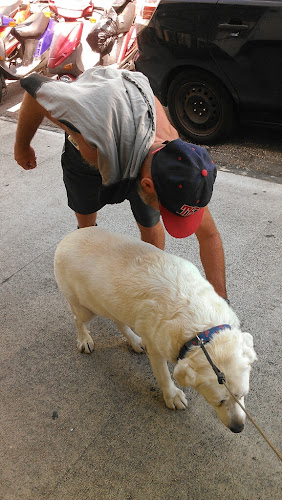 We are told that America is not a racist nation and opponents of Barack Hussain Obama recoil in horror when the suggestion is made that they hate the Kenyan Marxist because of the color of his skin. I think they are transparently full of shit, but at the same time it seems to me we haven't progressed that far on gay rights just yet either. Judge Audlin is known in Key West to be "openly" gay, so what's the deal? Funnily enough the Florida Republican party just elevated a local attorney to the Appeals Court, but I guess he had better stay well closeted following the genteel lynching of Judge Audlin. Them poofs need to know their place, but I'm going to vote for Charlie Crist for governor whether or not he stays in his hetero-marriage closet. 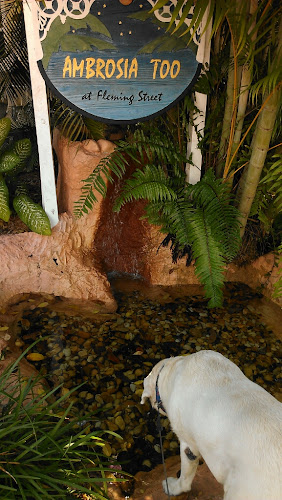 I don't feel greatly encouraged by recent Supreme Court rulings allowing money to flow more freely and openly buy elections and the Republican Party is continuing to press for more relaxation of the rules. President Obama is hardly proving himself to be very effective in the role of Constitutional defender and his likely successor, the dynastic Hilary Clinton is calling ever louder for more powers to be given to government wire tappers and snoops. Meanwhile the great debate across the country is slowly shifting from gay marriage, kinda, mostly yes, to a return to the other great distraction of whether or not abortion really should be legal. Against such issues the rather dreary debate about the rule of law fades into a discussion of who killed whom in Benghazi and where to buy ammunition to defend yourself against the goons of government.

I think this summer really needs to be the year I get out on the water more, and our new home has a fabulous dock with davits and easy canal access. 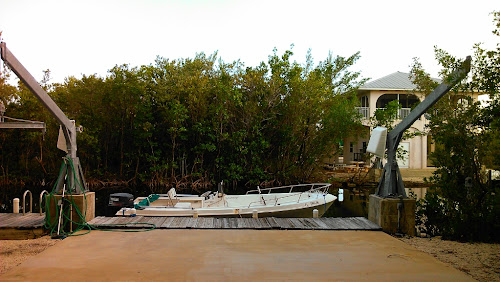 Now that, and the presence of two loos in the house is really good news.