If you have sixty thousand bucks burning a hole in your pocket you could buy this painting to liven up the entrance foyer of your guest house. It's called Fantastic Voyage to Key West and it surprised me for several reasons, not least that it was available to buy at the Studios of Key West. 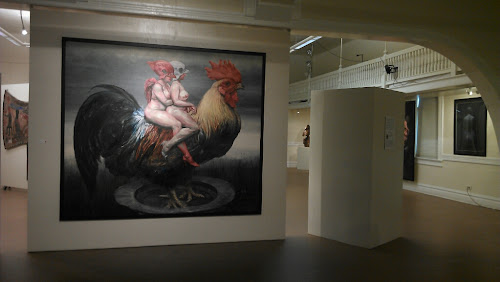 Roberto Fabelo is apparently a respected artist and teacher in Cuba and some of his works are on display in Key West in an exhibit that is the first of it's kind since the Cuban Revolution of 1959. I am surprised these paintings are for sale considering the idiotic embargo on all Cuban products that is still place between this side of the Straits of Florida and the other. Artistic exchanges are allowed with laborious paperwork but a year or two ago the bright sparks at the Treasury Department denied some young Keys athletes permission to play in Cuba on some spurious grounds that they would have too much free time among the godless Cuban communists. I am not kidding! US denies soccer team's Cuba trip | KeysNews.com 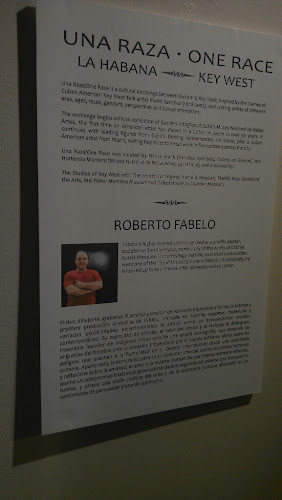 So consider the opportunity to see these artworks in key west a minor miracle. And how odd is that these Cubans painting Key West themes appear to be aware of the quirky local practice of keeping free range chickens on city streets? 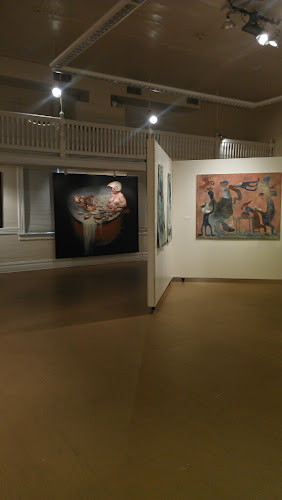 I greatly enjoyed the. Acrylic on fabric ClothSeries by Manuel Mendive, various details shown below: 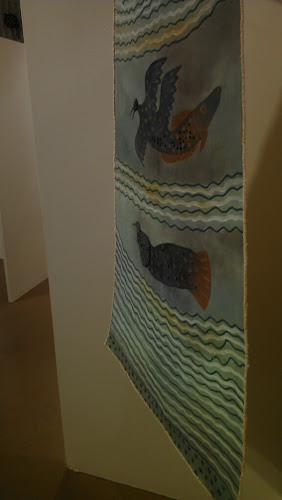 It's worth remembering that even though Cuba is a closed society to those of us who live in this bastion of freedom yet who are denied access to their island, they have access to the rest of the world where their art and culture get seen ad heard regularly. I do wonder sometimes if Cuba gets a boost from being the object of so much Yanqui irritation. 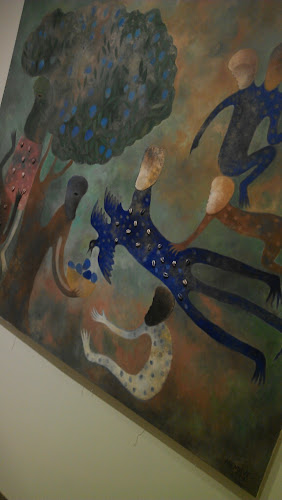 Mendive is a member of the Fench Legion of Honor, no less, yet he is a cypher here a hundred miles from his home. 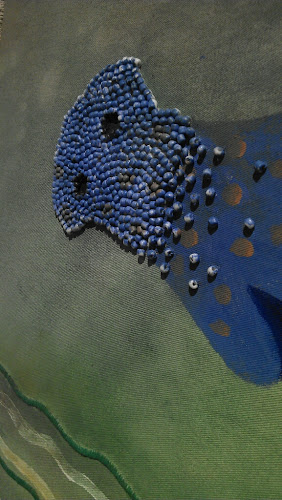 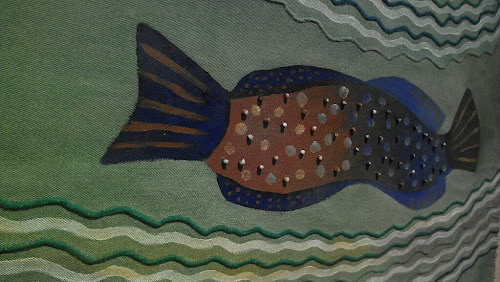 Perhaps Santeria and Afro-Cuban is a little too expected from the mysterious tropical island so to balance the expected we have something that to me at least was quite unexpected: cartoons! 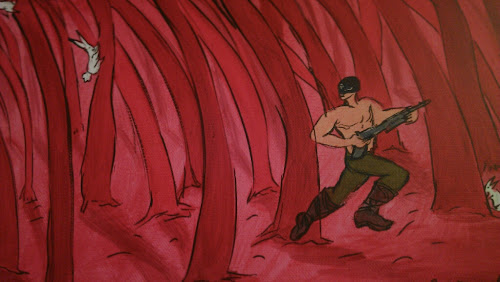 Rocio Garcia's Return of Jack the Punisher panels reminded me of adult themed illustrated novels of my Italian youth except her masked "superhero" appears to be in combat with white rabbits, giving the whole thing a bizarre Alice Through The Looking Glass twist. 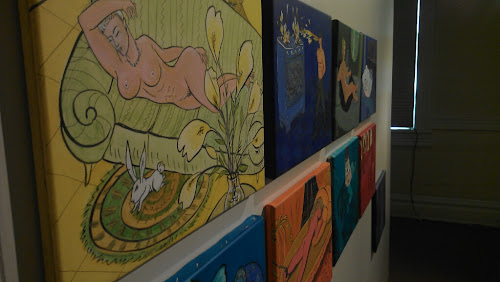 She had several of these panels on display, which incidentally were the most affordable listed in the brochure at fifteen hundred bucks each. Naked women, peeping tom superhero, bondage and rabbits. This stuff cries out for explanation, or knowledge, or context or something. 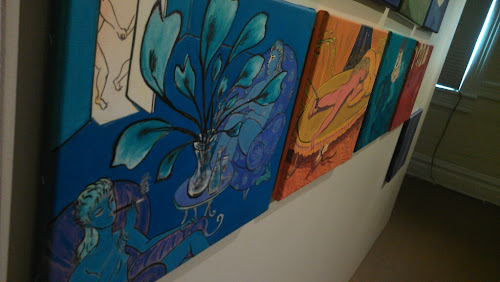 Happily the web comes to the rescue and we can find out what she is all about here: A Woman's Body is Her Country 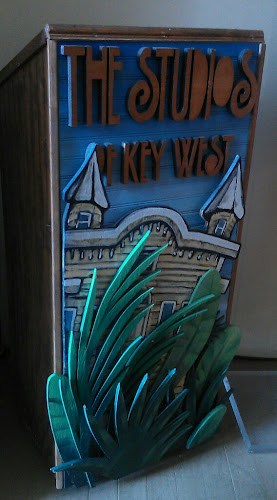 Apparently there are several other venues for this artwork that has been brought to Key West in response to the first ever exhibit in revolutionary Cuba by an American artist, Key West's own Mario Sanchez. I really liked the ambiance and layout at the artwork at the Armory, with free admission and a serene space in which to see and think. Fabelo's work was all round the room with Mendive, so there was lots to think about. 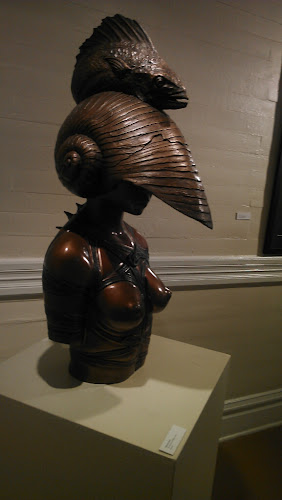 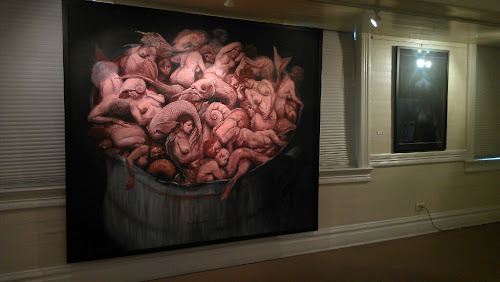 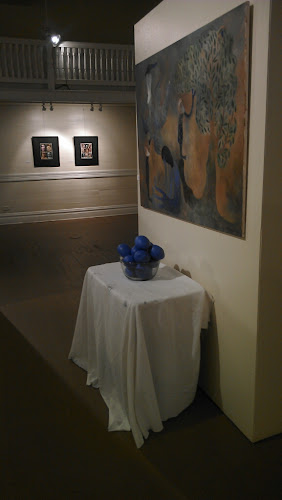 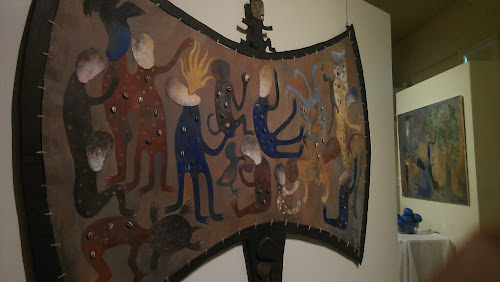 One can only wonder at the artistic ferment going on in Cuba today. I know Americans sneak in to Cuba via the Bahamas or Mexico but I don't want to be a visitor in a country that is held back by deliberate obstructionist polices, and thus impoverished deliberately. 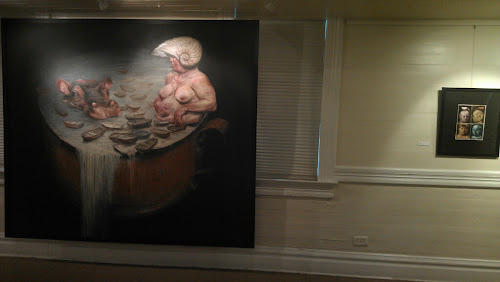 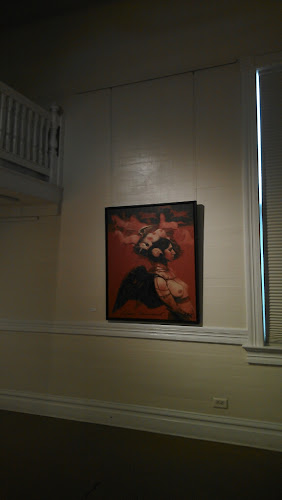 I wonder how long before we get high speed ferries to Mariel so I can take my motorcycle to Cuba, ride the mountains and have lunch in Havana?
Key West Diary: Havana Part 1