The poor old Harris School on Southard Street continues to be abandoned and unloved with fresh for sale signs hanging off its tired structure. Years ago the Rodel Foundation wanted to buy it and create an artist's colony here, but that idea was way too cool for the School District whose board fluffed the sale and ended up in 2009 (after Bernie Madoff brought down the Rodel Foundation) selling it for $4.25 million to a developer who never announced his plans for the building. 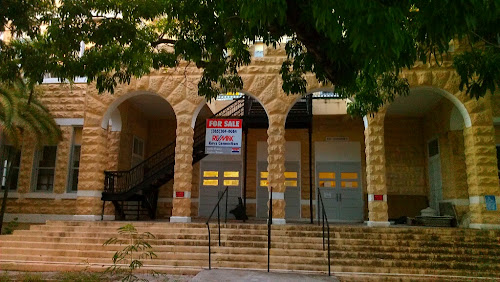 Well, here we are in 2014 and the place is for sale on one realtor's website for a cool $12.5 million dollars. Not a bad return for doing nothing with the property but sit through a financial crisis. This week's election took no notice this sale of "six lots" to break up Key West's first school and will thus lose another piece of the city's heritage. Craig Cates' next term will be taken up with the new city hall construction I have no doubt. At least he got that right at Glynn Archer School on White Street. 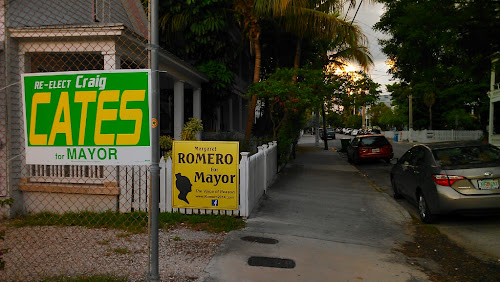 But the architecture created by accident and which has survived largely by accident will prevail, one hopes. 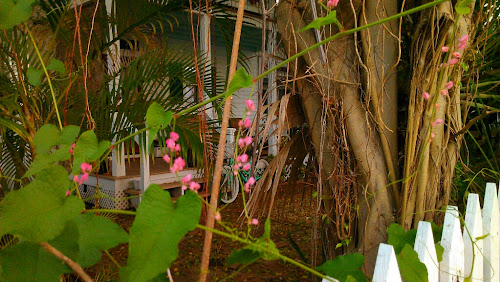 I wonder what they were thinking when they built these homes. Was it pure practicality? Did they imagine their posterity admiring their handiwork and considering themselves lucky to live among these livable monuments? 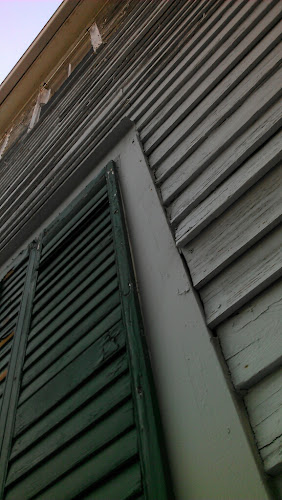 I saw this guy sitting on the bench in front of Mangia Mangia, a peculiar pseudo Italian restaurant on Southard Street, a place I sometimes like to sit and people watch of a morning. I watched him for a few minutes reading the newspaper. Then my dog dragged me on. 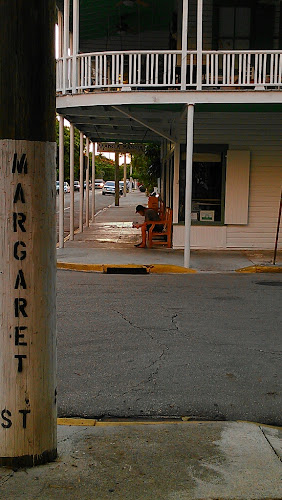 And round the corner and back we came, Cheyenne and I. Good morning we said, a pet on Cheyenne's head and off again. Sometimes she seems to be in a hurry, other days not. 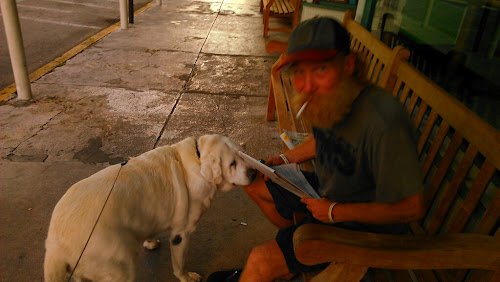 I've seen this tree lots of times and its appeared here on this page before. It is still doing well, still silly on Margaret Street, still enjoyable to see. 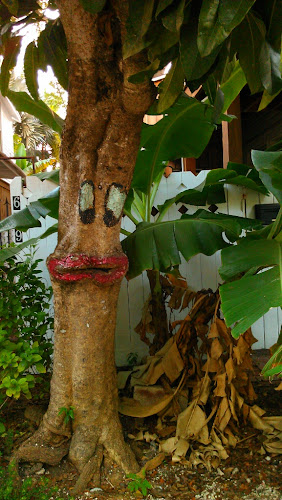 And so back round to the old school, and from the library this picture of the cafeteria in 1959 when I was barely two, and 3,000 miles away. 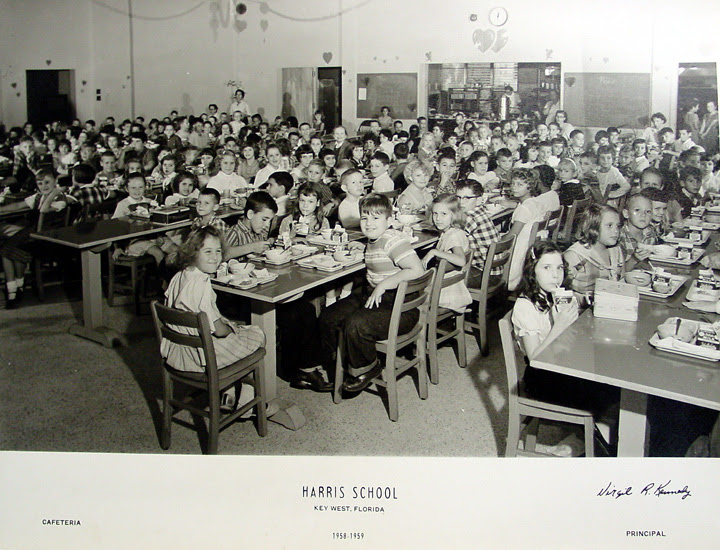 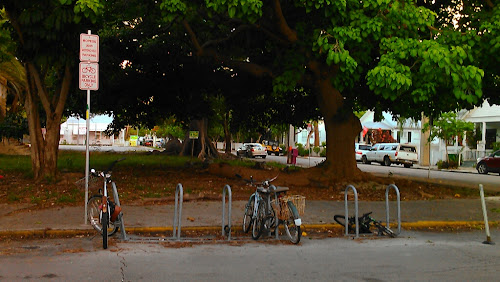 All to be lost soon enough. I hope the big old trees will survive, but Key West has a poor track record on that front also. 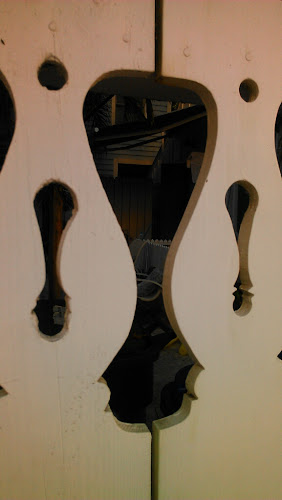 Cheyenne sometimes makes for a poor conversational companion, as absorbed as she gets by...garbage. I guess she sees little difference between my muted garbage and the stuff she finds under the dumpsters. I end up standing around admiring the architectural quirks of this endlessly absorbing city. 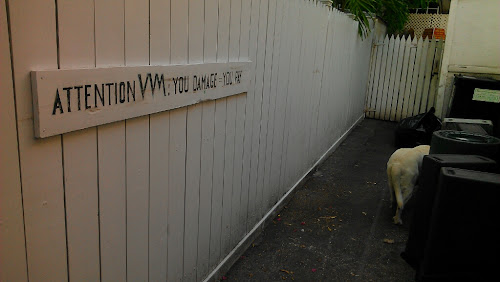 And so we left town, I did some light shopping, herself passed out on the back seat in the air conditioning and on the way home we stopped to admire the waters we try never to take for granted. 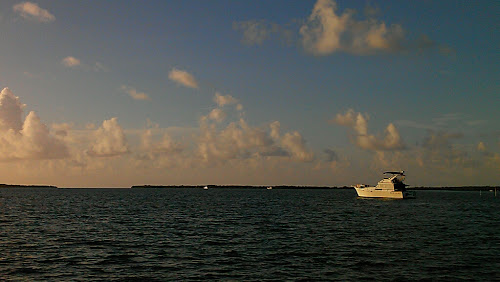 Then, by the time we got home there was that other kind of water that was about to land on us from above. This has been a summer of heat, and storms and weather drama of the manageable kind so far. 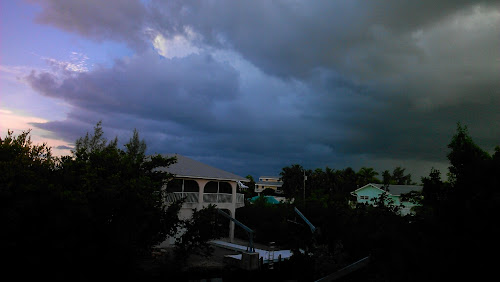