I had a quick look at the developing Truman Waterfront Park, and starting with the panoramic shot above I panned the camera from the Eco Discovery center to the left around to the open space on the right towards the Southard Street entrance. 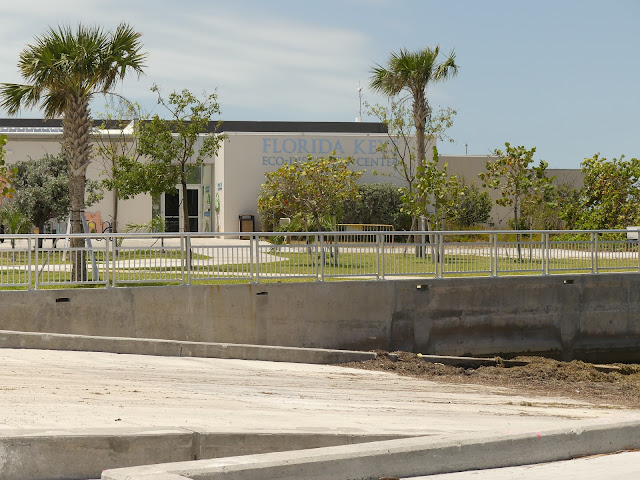 The park is not in itself ugly or anything but most comments I've heard point out it reflects nothing of Key West. 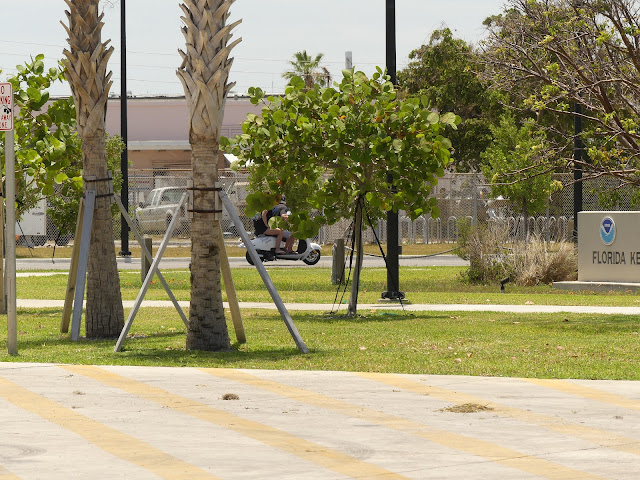 The city has owned this land for almost twenty years after the Navy gave up ownership of the 34 acres of waterfront. Most of that time the land was pretty much ignored and suddenly in the last year a  very bland plan was drawn up after an ambitious exploitation was abandoned. 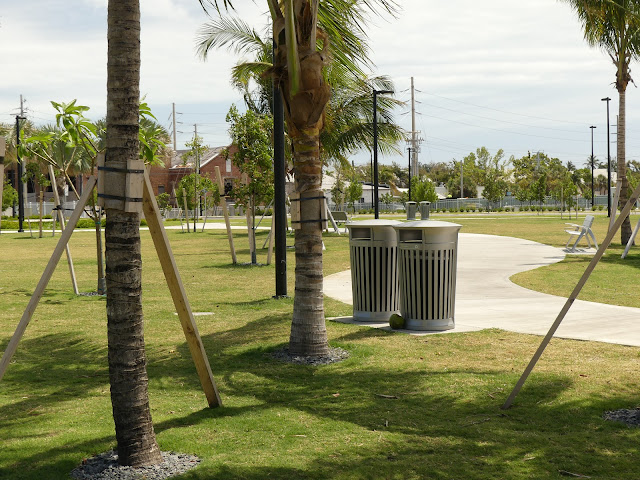 The first go at development called for an upscale marina and restaurant to fund the park which would be built by and then managed (for a hefty fee) by the Spottswood company. Unfortunately for them the terms were so obviously disadvantageous for the city and its taxpayers that idea was shot down in flames. 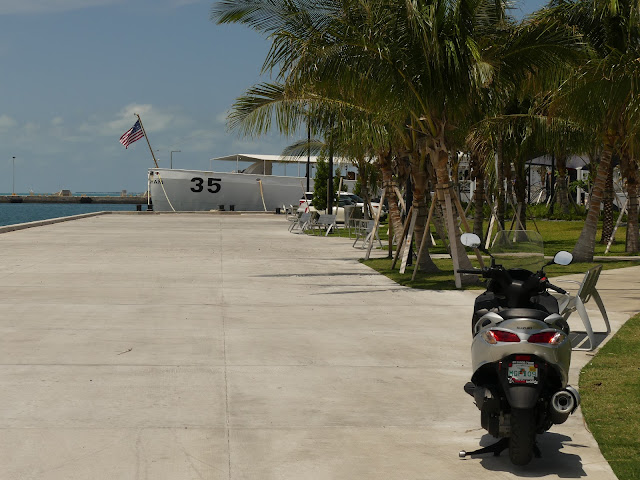 Instead the pace of construction is such that piece by piece a rather bland open space with uniformly dreary trees is appearing piece by piece. The park is so uninspiring none of the benches face inward oddly enough. You can't easily sit there and contemplate the lovely lawn and the carefully spaced coconut palms. 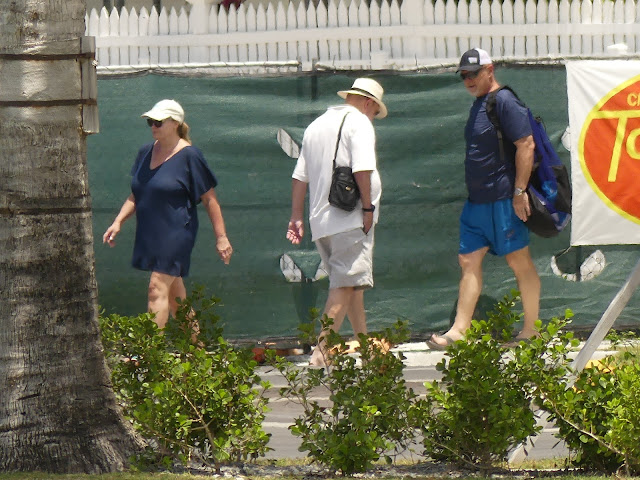 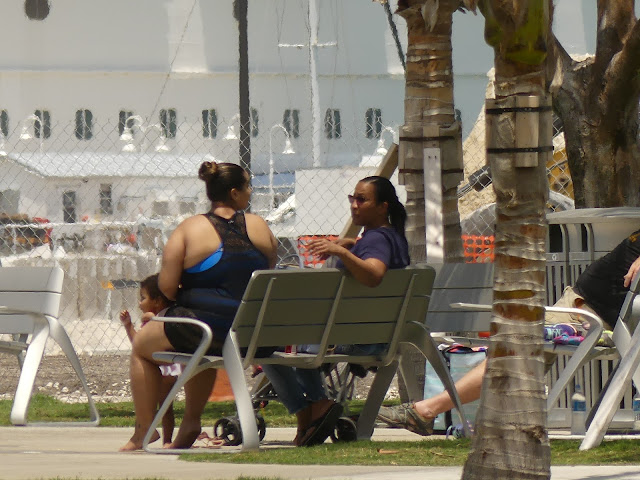 There is the massive highway that cuts across the park to Fort Zachary Taylor and beyond it the stolidly unchanged entrance to the Navy Base. 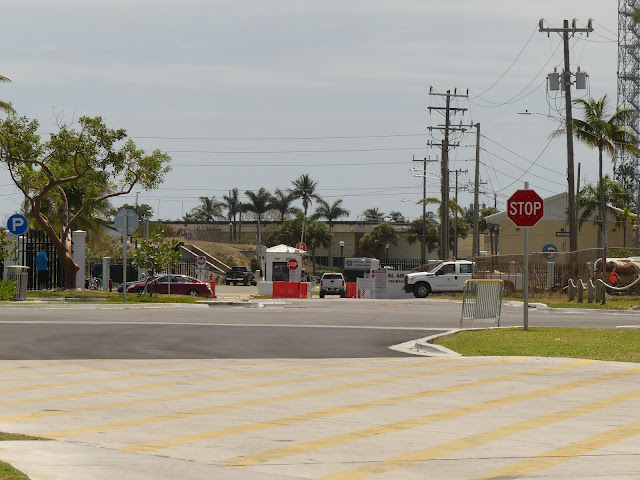 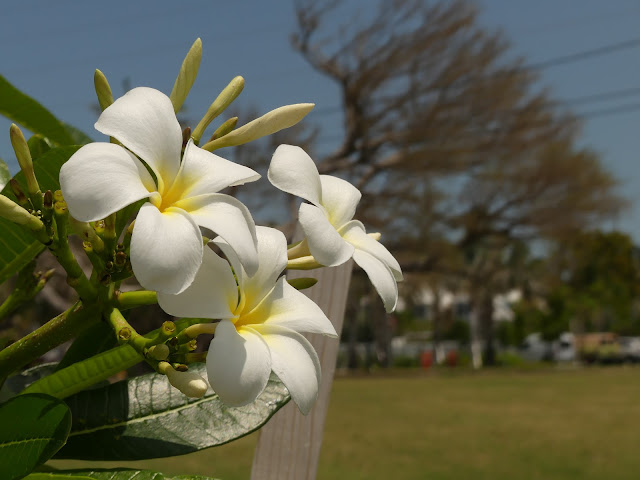 There is a first rate, I think, child's playground in the park. I am no judge of these things as I have no children or interest in them but the floor is made of rubber matting and the  structures appear to be very involving. 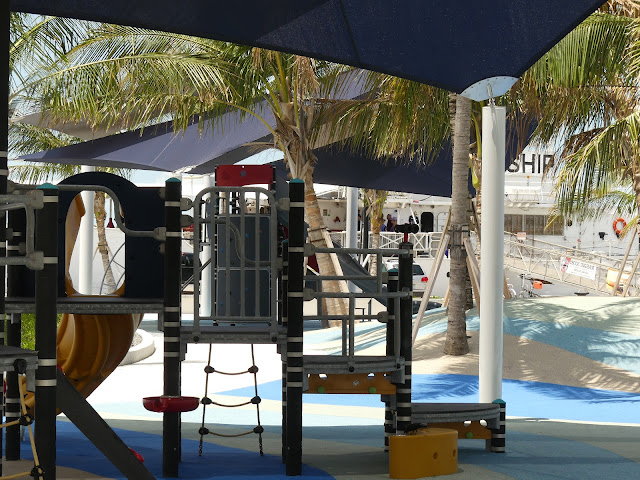 There is even flowing water which looked inviting to this adult. 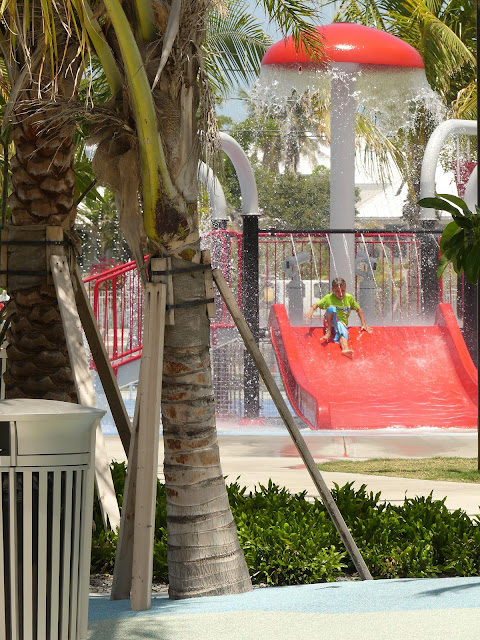 This could be quite the hit for youngsters in Key West whose parents frequently complain there is nothing for them to do. 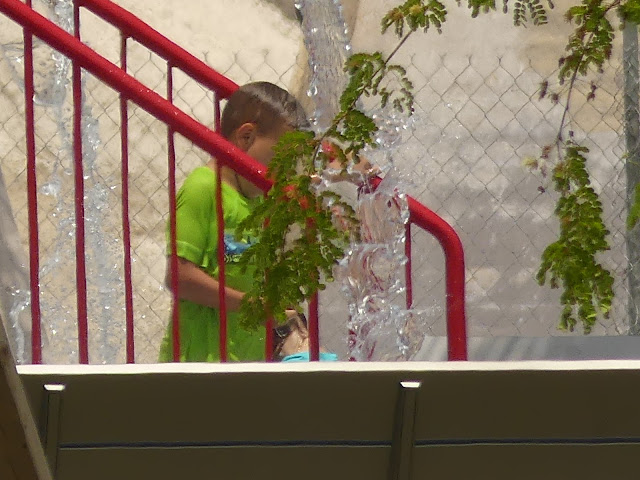 And the inviting walls are lined  with studs which at first seemed to be there to discourage sitting?. However on closer inspection they seemed rather far apart for that to me. Perhaps to discourage lying down? 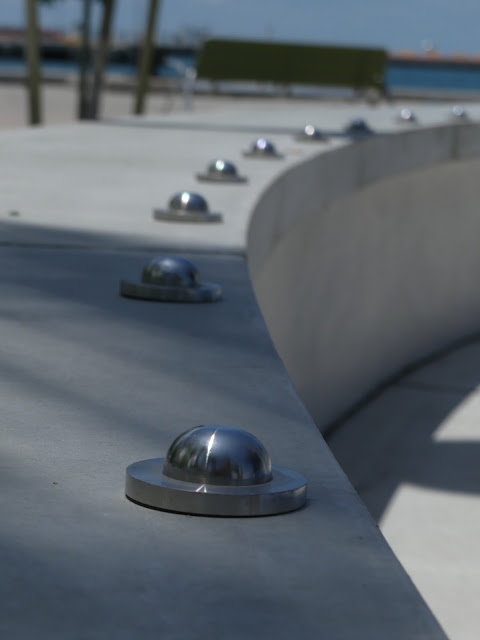 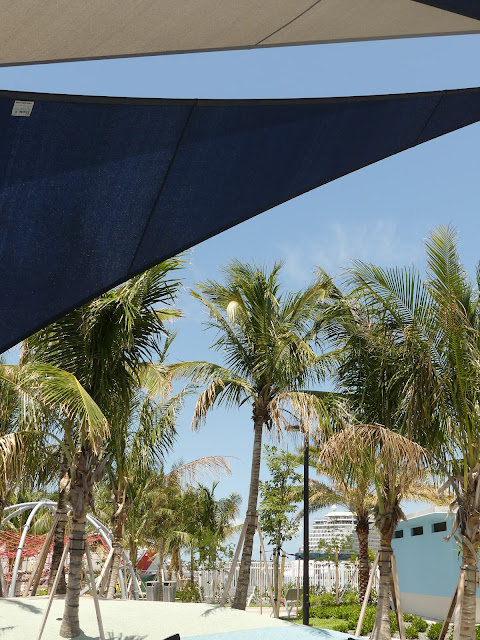 And if the park isn't enough the Coast Guard Cutter Ingham is floating nearby for a visit and perhaps a sunset drink. 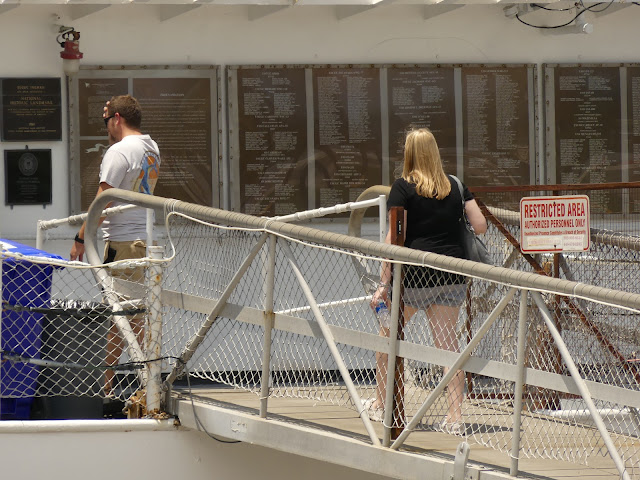