Making Do With Less

Last night I worked my first shift, six hours of overtime in our temporary digs while the upstairs floor at the police station gets remodeled. It was extremely difficult working with less than our full complement of electronics and as the shift sergeant said when he came by, we only now find out how dependent we are on technology. The next few weeks will take some getting used to, making do with less. 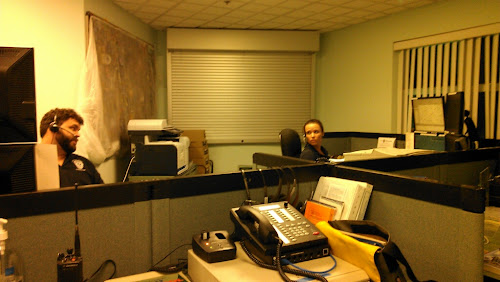 This experience seemed to me like a metaphor for the world at large. Making do with less seems to be the theme for most of us working stiffs. A friend recently bought a condo on the quiet side of town and when she laughingly pointed out it was worth three jobs she also noted that she had considered buying a small house but the cost of future upkeep worried her. Her parents are elderly and scraping by after a life of work and she is intently focused on securing her future now. Making do with less is front and center. 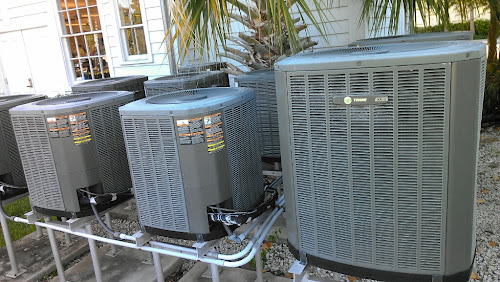 Walking Cheyenne this morning I passed by this array of air conditioning compressors. They were all cranking, but it wasn't the hotel they were cooling but the administrative offices. This was in the parking lot, and I'm guessing it wasn't the manager's ride to work: 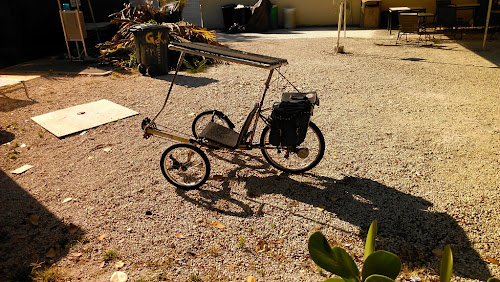 Will we all feel deprived if one day our cars are replaced by electric tricycles? When I saw this guy pounding the sidewalk on Smathers Beach the 19th chapter of the Gospel according to St Matthew came to mind, verses 16-22. If we all did truly believe, we would be walking alongside him. 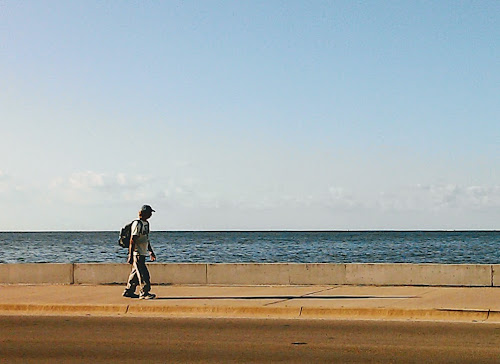 However he was alone, walking and muttering to himself, he who is numbered among what the Victorians used to call "God's Children" in the days when public piety was required of civic leaders. I saw a comment in the Citizen's Voice recently wanting to know why 'those people' aren't institutionalized. How short the collective memory is! The reason if you look back is because the sainted Ronald Reagan implemented nationally that which he tried as governor of California and closed public mental hospitals relying on the private sector and mythical community clinics to fill the welfare void. The spineless Democrats got on the bandwagon and now we have nothing for the least among us but the streets. Ronald Reagan and the Commitment of the Mentally Ill: Capital, Interest Groups, and the Eclipse of Social Policy

It's the collision of interests, promoting Paradise while reserving its benefits for the chosen, those that can pay. "Blessed are the poor" was not meant to be taken literally. 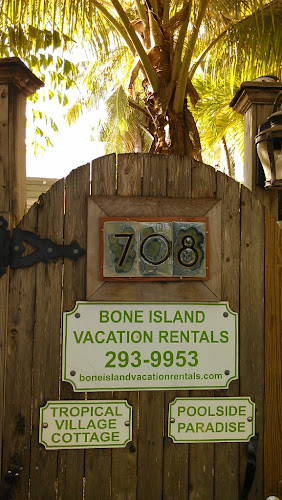 I was talking with an acquaintance when a friend of his came by and the subject if his heavily pregnant wife came up. It turns out her twins are growing and fast and doctors want then to be born a few days early, or some such weirdness. I am constantly freaked out by how childbirth these days is about as natural as scheduling your car for an oil change. It turns out the planned birth day was going to cause a conflict in the dude's life as that was the day his daughter was getting married. My God I blurted when we were alone again, he must make a fortune, my mind running immediately to this glaring illustration of the lifelong nature of the bills generated by children. And as I am far too lazy to work three jobs to buy a condo or heaven knows how many to operate two families the cost of these mid-life extravaganzas fills me with fear and dread. He does all right my friend said, but he will be doing it for a very long time. And there, as always is the exception to the rule, in this case making do, not with less but with more.

Posted with Blogsy
Posted by Conchscooter at 12:41 PM 1 comment: