Getting The Wind Up

A dog has 300 million smell receptors up his nostrils and according to an interview I heard on NPR from a scientist who explained the way Rusty smells the world around him and it is unimaginably complex, varied and layered compared to a human's six million receptors that give us a very two dimensional view of the smells around us. When the wind is howling Rusty goes intoa  delirium of smelling. 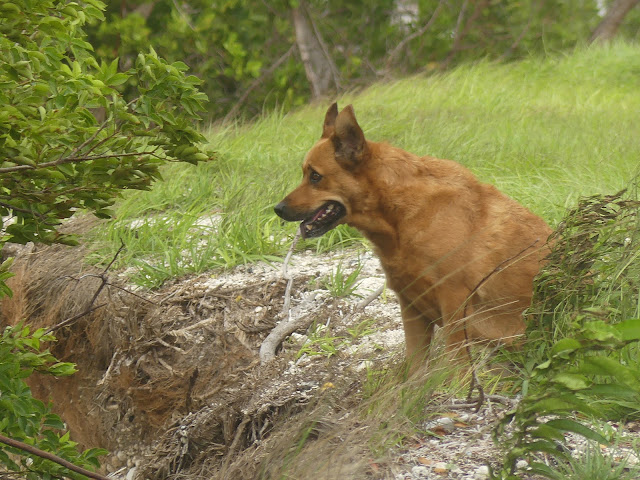 I found the interview fascinating actually and I see my dog through a  whole new lense of experience. Dogs rate smells by freshness and can identify smells by direction very accurately as their nostrils work independently and in stereo. It's amazing stuff. So Rusty can smell bacon cooking at the state park campground and he knows how long ago it was cooked. He can smell dog shit too and it doesn't disgust him because, as the scientist put it smells to dogs are like colors to people. Rusty is no more revolted bya  "bad smell" than you or I are revolted by a  "bad color." Strange stuff indeed. 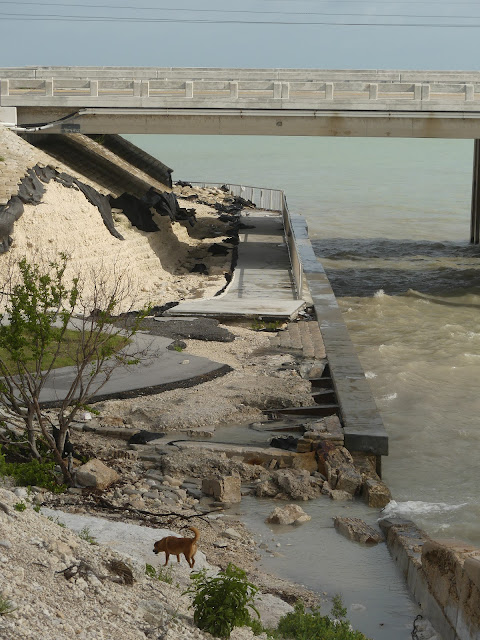 So it was I spent a lot of time sittig giving my buddy time to sort our all the smells flying across his nostrils at 25 miles per hour. When he wants to move on Rusty lets me know by staring hard at me and if that doesn't work he starts to whine. Otherwise I respect his desire to wait. 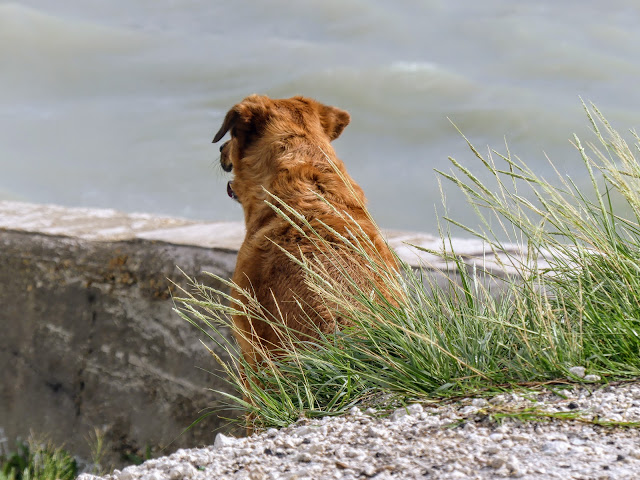 I drive Rusty to a his walks so he gets to enjoy a variety of destinations and variety is  as important to dogs as it is to us, in my opinion. However after we drive  we walk. I couldn't figure out why this guy felt the need to drive across a perfectly walkable open space to walk in a  small circle and then drive away again. He seemed so young and fit I was surprised he didn't walk. 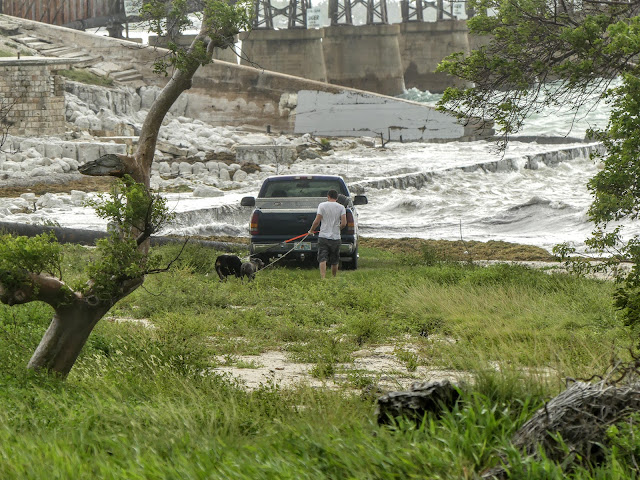 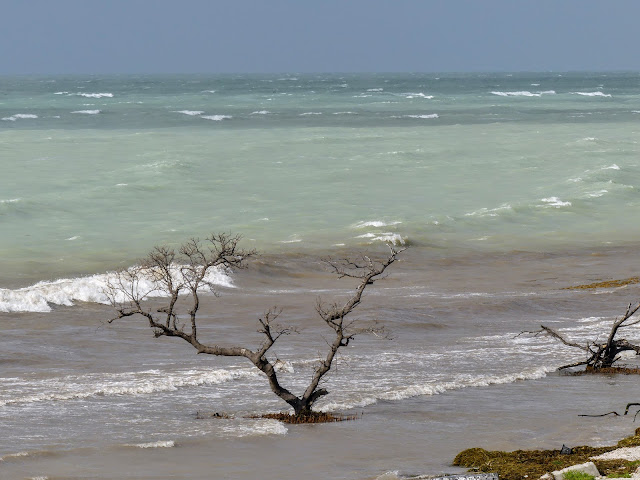 Back at the parking lot I opened the door for Rusty to get in. I called him to no effect. Grr. I walked around the car and found him being fondled by a  busty blonde woman with a  streak of pink hair. "I gave him some water, is that okay?" I shrugged my indifference. "He's thirsty," she said looking at me. Aren't we all I replied thinking of my teapot back at home. "I thought he was a stray," she said. He was I replied. The former stray hopped onto his bed in the back of the car. The last she saw of him as she climbed back into her Jeep was Rusty between the front seats covering me in kisses. Fooled her he seemed to be cackling. 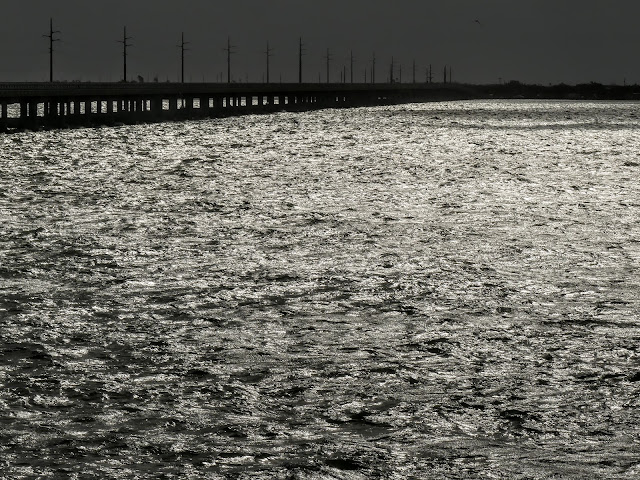 It's odd how people think I am abusing Rusty by giving him his freedom. I let him run because he will come back to me. He's never had it so good: why would he not come back? I carry water in the car but on a cool day like that he wasn't that thirsty and he prefers for some reason to drink out of the watering can at home which I keep full mainly for him. Fifteen minutes later he had access to all the water he wanted in bowls and garden implements. The worried lady with the pink streak can choose to save any of the two and a half million dogs euthanized every year as "unwanted." Rusty is mine. 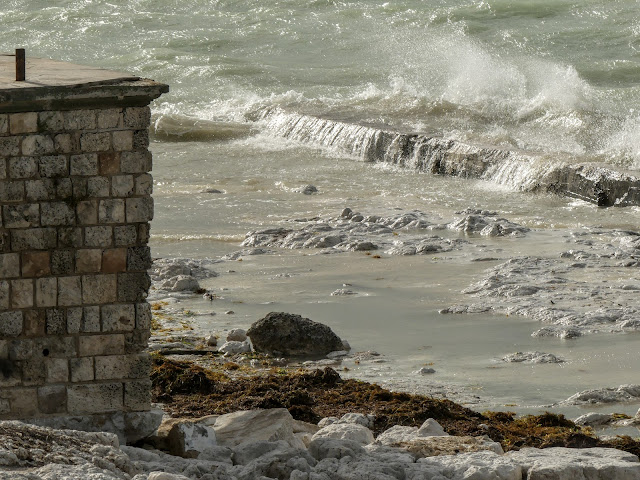 Not always does Rusty cooperate with technology just to prove he has a mind of his own. I swear he hates me playing with my phone for instance. Sometimes I pause during our walks and read something and he just walks away. At home if we are on the bed together he will get off and go to his own bed if I pick up the phone. He is far too human for his own good. Brat. And the way he avoids the camera is positively unsettling. 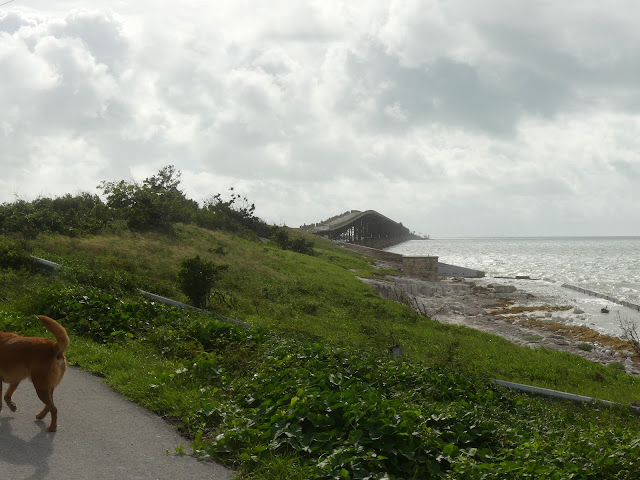